Cambodia is an Asian country that has a distinctive culture, and part of that culture is evident in the native dishes. Although often overlooked in favour of its more famous neighbours, Vietnam and Thailand, Cambodian cuisine is special and unique in its own way. One of the best eateries that you must visit when you are in Cambodia is Malis Cambodian Restaurant, which is located in the country’s capital, Phnom Penh. Here are some of the Cambodian dishes that you simply must sample when you visit the country, which is one of the most wonderful places in the world:

You have not tasted Cambodian food until you have tasted the local fish Amok. This intricately prepared dish is one that is synonymous with the Kingdom of Cambodia. Simply put, it is fish that is whipped into a mousse, with kroueng and coconut milk, and then served with Slok ngor. Slok ngor is a local herb that adds a delicately bitter flavour to the food. Slok ngor is the herb that makes this Cambodian delicacy stand out from other fish mousses in the region.

Additionally, the food is served with some curry, often containing garlic, shallots, lemongrass, Chinese ginger among numerous other ingredients. The fish is often steamed in a banana leaf in order to prevent the mousse from turning into a runny stew. It is one of the most popular Cambodian dishes and for good reason too. 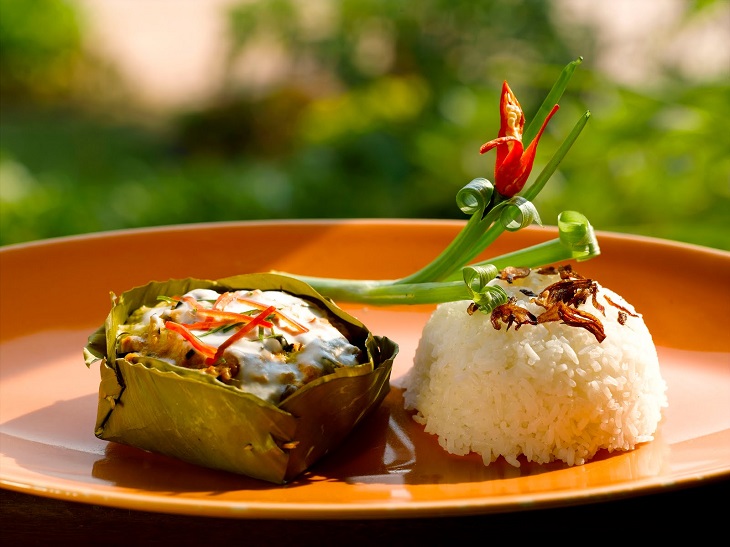 This particular dish contains countless types of ants, although red ants take up a major portion of the dish. The insects are stir fried together with the holy basil and the beef. To add flavour to the food, copious amounts of the locally grown chilli are added to the dish, although they never mask the distinctive sour taste of the insects. The food is often served with rice and is exceptionally delicious. It certainly isn’t for the faint-hearted, but those who love experimenting with different palates will certainly find it scrumptious. 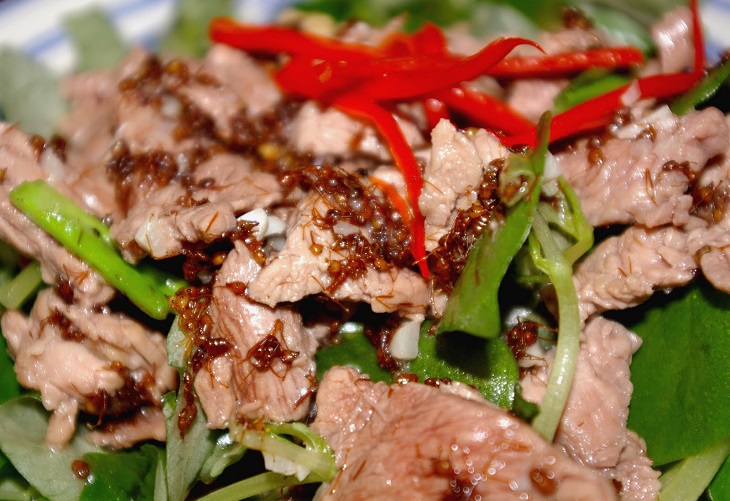 These noodles are such an integral part of the Cambodian cuisine that the entire world has branded them a Cambodian speciality. The noodles are made from the laborious pounding of rice by the natives, and they are a popular meal in Cambodia. They are often served with green curry gravy that is made of turmeric root, kaffir lime and lemongrass among myriad other ingredients. Vegetables such as green beans and sprouts are piled onto the plate, and thus the delicacy is born. 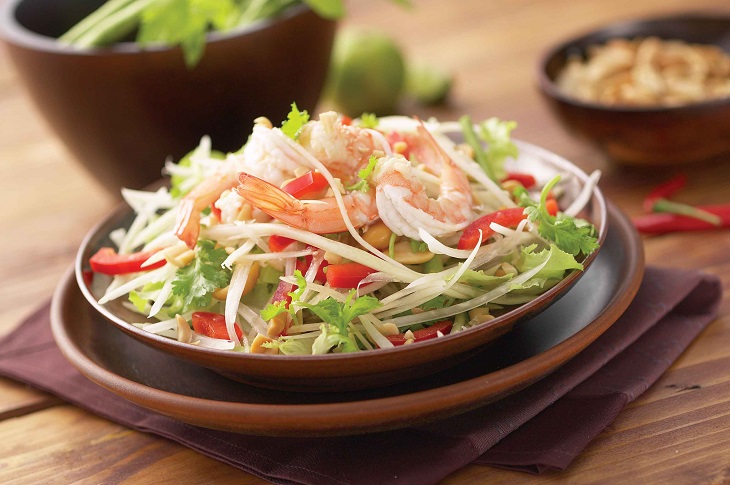 This particular curry is in the Cambodian tradition is a reserve for rare occasions such as weddings and family gatherings. That alone suffices to convince anyone of how special this rare treat must be, and it is equally delectable. This Khmer dish is unique and distinct from those of the neighbouring countries because unlike those other curries, the Khmer curry contains little chilli. This allows you to enjoy the flavour of all the other ingredients used to make the curry without being overpowered by the strong taste of chilli.

The curry may be made of chicken, fish or beef, and other ingredients such as potatoes, eggplants, kroueng, lemon grass and coconut milk. It is often served with bread, which serves as a constant reminder of the French influence in the country. 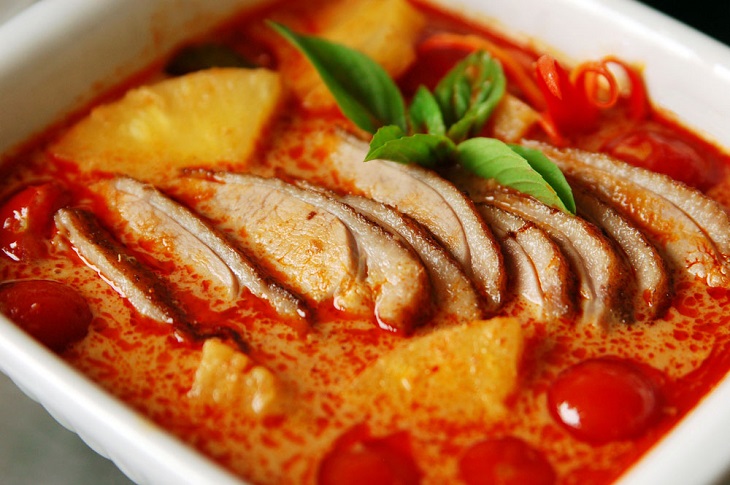 This dish is a particular favourite of Cambodian men. The finely sliced beef is cooked over high heat or seared and then dressed with numerous vegetables. These include shallots, mint, Asian basil, garlic and shallots and fish sauce. For the natives of Cambodia, the less cooked the meat is, the tastier the salad is. However, in most hotels, the meat is served grill, so you do not have to worry much about it. All in all, this food is a delicacy that the Cambodian people and visitors to the country truly relish. 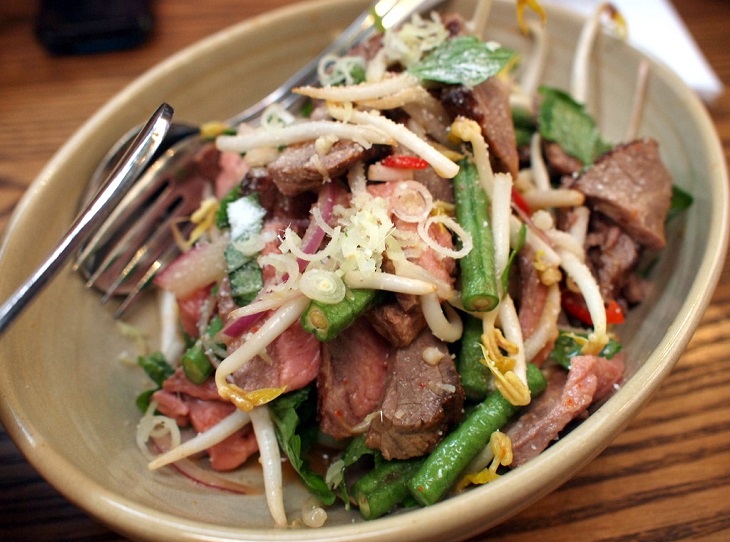 Though it may sound like such a basic meal, rice and pork prepared the Cambodian way is something worth your attention. The pork is thinly sliced and then grilled slowly over mildly hot coal, which ensures that the sweetness of the pork comes out. The pork may be marinated using garlic or coconut milk, among innumerable other options. It is served with rice, cucumber and daikon radish. Often, the meal is also served with chicken soup that also contains several aromatic spices. 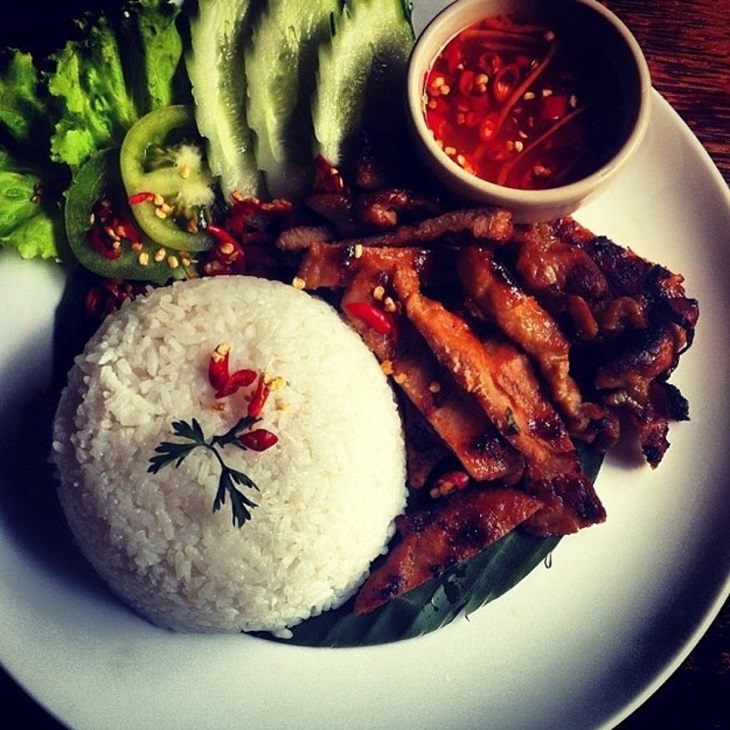 There is a general notion that the best-fried crab can only be found in the seaside towns of Cambodia, which is one of the most wonderful places in the world. This could be true, but even the reputable hotels in major cities across the country get their crab supply from the same seaside towns, so the quality of the scrumptious crabs is not tampered with. A key ingredient used in the preparation of this meal is kampot pepper. Although kampot pepper is world famous for its exquisite flavour in its dried form, you get the rare chance to experience its fullness in its raw form when you take this native Cambodian delicacy. Kampot is locally grown in Cambodia, so you have to ensure that you try it raw when you have the chance. 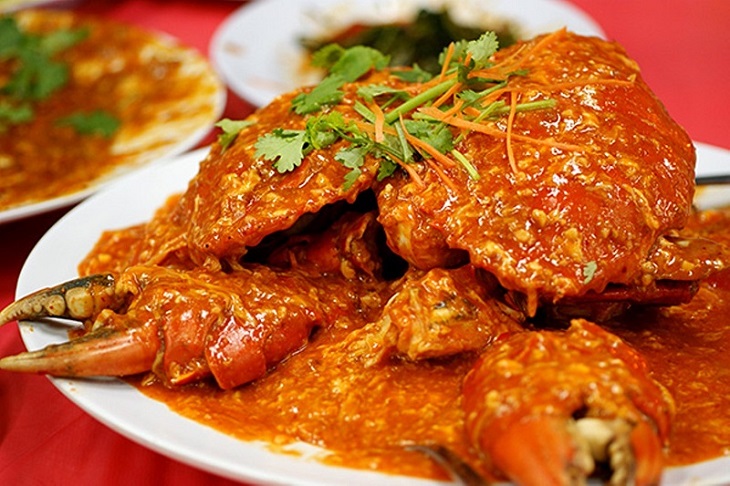 Asian food is known for its spicy nature, and Cambodian food is no different. The food is exceptionally tasty and also generally healthy. Although Cambodian cuisine may not be the most intricate and complex in the world, there is a certain beauty in the simplicity of the meals that visitors and locals alike cherish. When you get the chance to visit Cambodia, which is one of the most wonderful places in the world, spare some time to explore the food and indulge your tastes. Visit Cambodia through Indochina tour, you will certainly not be disappointed.