With half a year left on the countdown to the Tokyo Olympics and Paralympics, the official ‘Tokyo 2020 Art Posters’ have been unveiled. There are a total of 20 posters, with 12 based on the Olympics and 8 on the Paralympics. They are intended to stir up excitement for the upcoming Tokyo 2020 Summer Games. 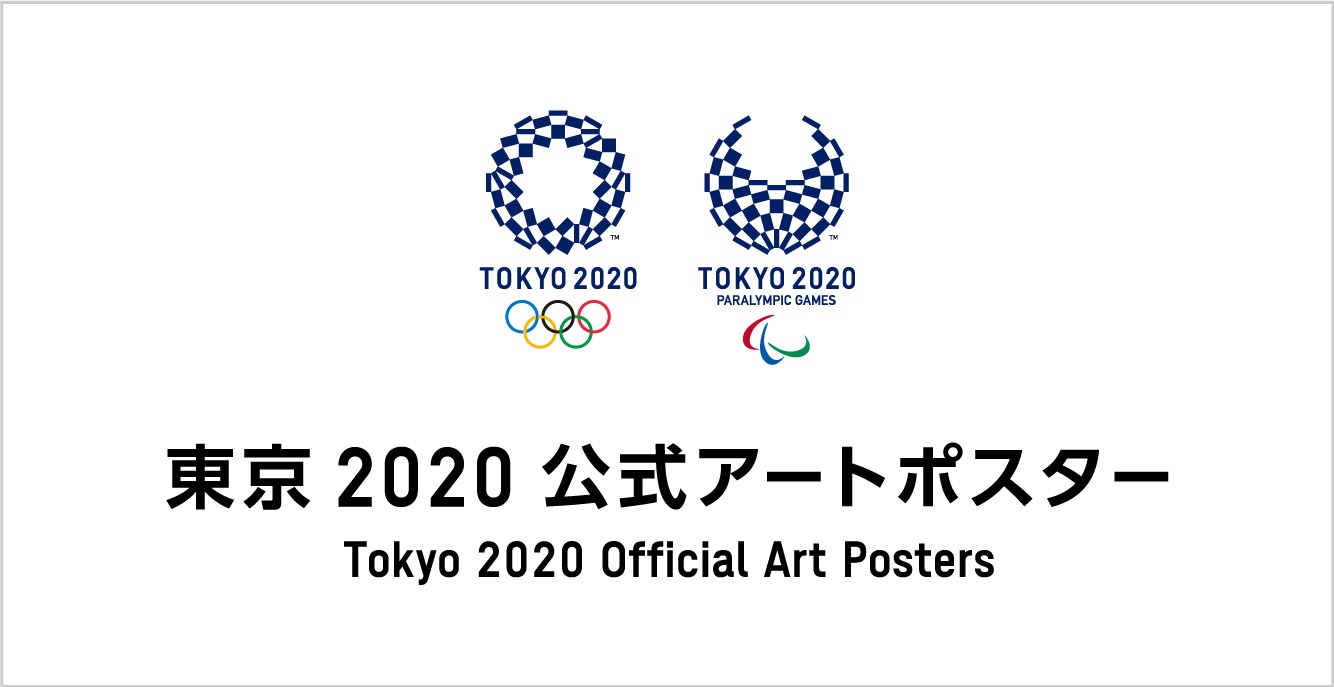 These official art posters have a history stretching back to the beginning of the twentieth century. Created by each Games’ committee, the posters help promote awareness of the Olympics as a sporting and cultural event, while featuring each Games’ distinctive traits and sharing them with the world. The art posters, which recently also include a set of Paralympic-themed posters, have become an important cultural and artistic legacy of the Games. Many internationally acclaimed artists and designers are chosen to create these pieces, and a number of resulting posters have become icons of their time.

For the Tokyo 2020 Games, 19 contemporary artists from a variety of genres, active in Japan and around the world, were involved in the creation of the official art posters. Since the Games are set to be held in Japan, naturally manga artists have been included in the selection. Specifically Naoki Urasawa, known for judo manga YAWARA!, 20th Century Boys, and MONSTER, as well as Hirohiko Araki, creator of JoJo’s Bizarre Adventure, a powerful manga depicting the battle between the body and the spirit. Artists from other fields include master of fine detail painting Akira Yamaguchi, photographer and film director Mika Ninagawa, and calligrapher Shoko Kanazawa.

Each artist’s piece had their own unique touch and captured their perspective on the Olympics and Paralympics. Take Manga illustrator Naoki Urasawa’s work as an example. He took on the challenge of creating a short five-panel manga story transcending competition, race and gender. Just as we begin to eagerly anticipate the next step in the story, he cleverly leaves us with the classic anime ending—“To be continued!”

Another example is artist Shinro Ohtake, a painter who, in the pursuit of expression, delved into three-dimensional multimedia art incorporating music, photography and video. For his poster, he chose to use kiri-e (Japanese paper cut art) as his medium, a technique he initially learned as an elementary school student during the 1964 Tokyo Olympics. His poster portrays colorful spherical celestial bodies flying through space at the speed of light. Graphic designer Daijiro Ohara’s poster depicts the kanji of each of the 800 Japanese municipalities participating in the Tokyo 2020 torch relay on one canvas.

All of the Tokyo 2020 official art posters can be found at the official Tokyo 2020 website. 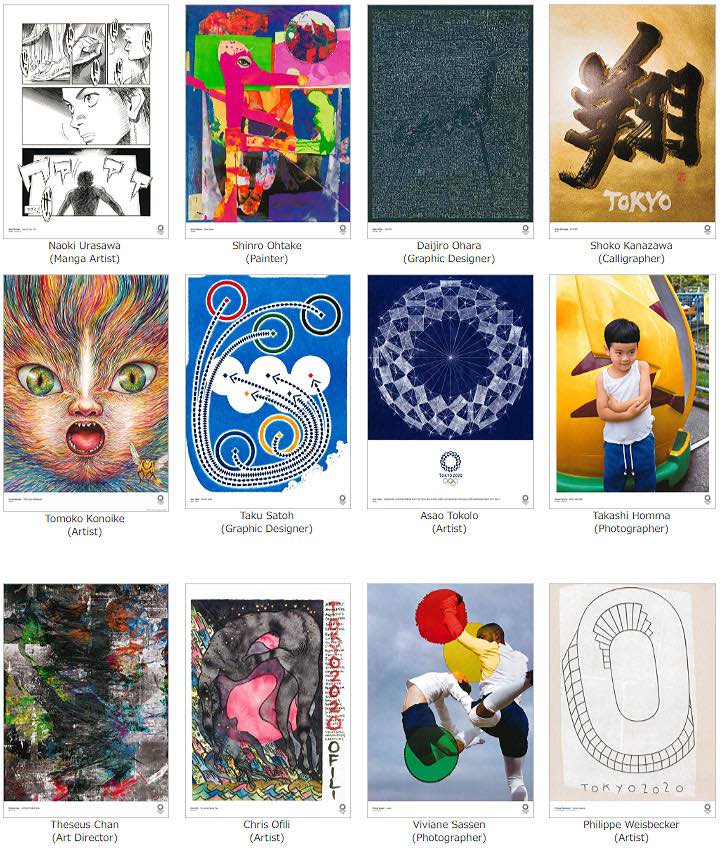 A Tokyo 2020 official Art poster exhibition is being held in the entrance hall of the Tokyo Museum of Contemporary Art in Kiyosumi-Shirakawa, giving you a chance to feel the energy radiated by the artworks up-close. 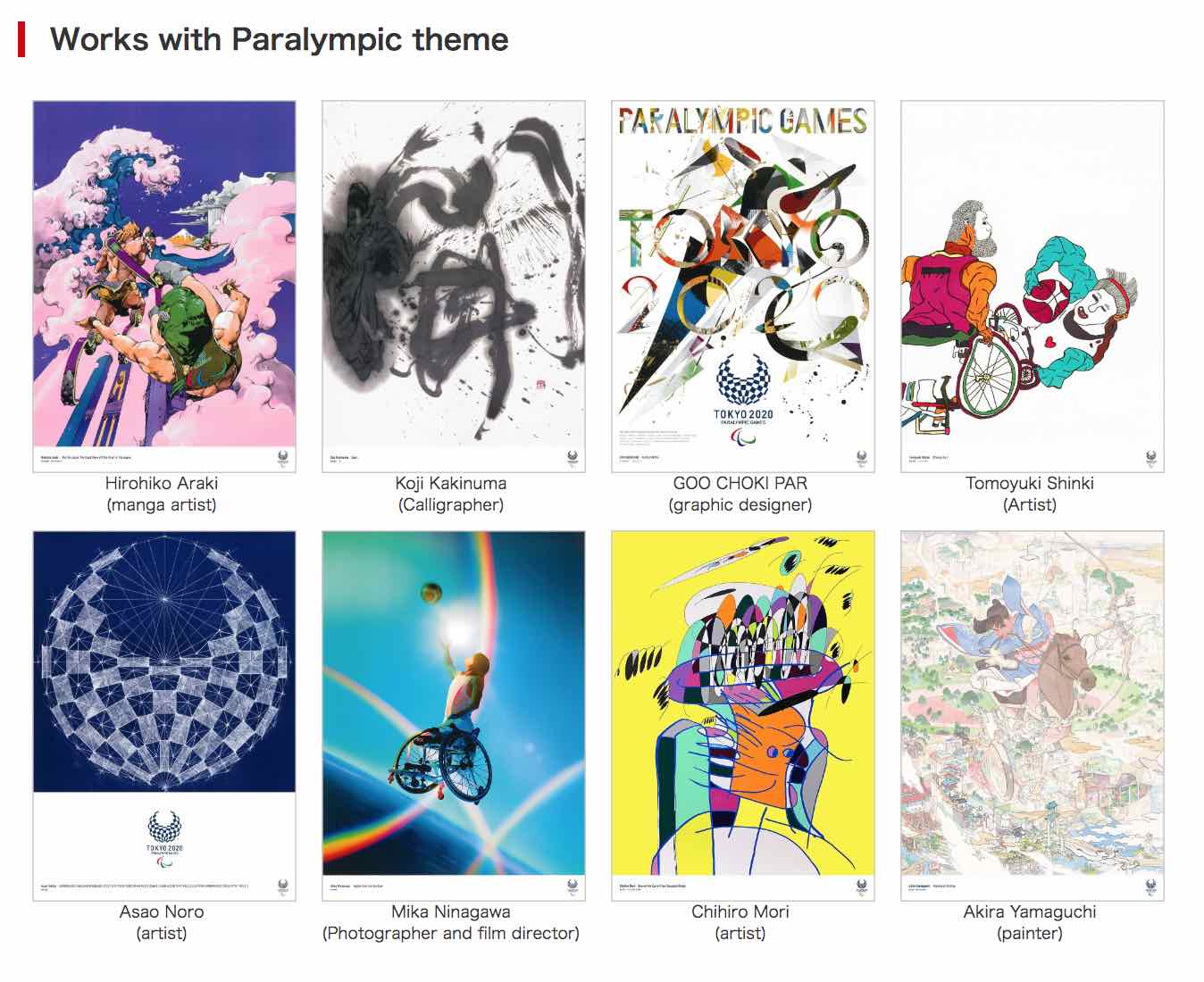 After choosing your favourite of the impressive official posters, set out on an art journey! There is a plethora of artwork by a variety of talented artists all over Japan.

On the island of Naoshima in the Seto Inland Sea is I Love Yu, a bathhouse that doubles as an art facility featuring the works of Shinro Ohtake. If you are interested in his art, this spot would make a great addition to your itinerary.

You can find works by Shoko Kanazawa in her namesake museum in Iwaki City, Fukushima. The area, which was devastated by the Great East Japan Earthquake in 2011, is now a place she keeps in her thoughts. She wishes for the area’s revival as she creates her calligraphic pieces there.

For more useful information about art and traveling in Japan, visit Art and Design in Japan

Spring 2020 marks the official start of the Japan Cultural Expo. The event will promote “The Beauty of Japan” ahead of the Tokyo Olympics and Paralympics this summer.

The expo will kick off with an opening ceremony on March 16, followed by a number of performances and events where participants can get a sense of Japanese beauty. All the events are connected by the theme ‘Humanity and Nature’ and will be held in cultural facilities all over Japan. Don’t miss out on any of the events if you have the chance to participate!