Thirty Six Brewlab & Smokehouse from local craft brewery Lion Brewery Co is a welcoming micro-brewery and restaurant that celebrates craftsmanship in all forms: food, art, music and of course beer. Located at 36 Club Street, the welcoming space features a state-of-the-art on-site 500-litre microbrewery and 23 taps (with plans for more) pouring a selection of the finest craft beer. Fresh on draught are Lion Brewery Co’s flagship and seasonal brews, rotating guest brews from other local and international craft breweries, and a constantly changing lineup of beers brewed right on-site at the microbrewery, the ‘Thirty Six Brewlab’. 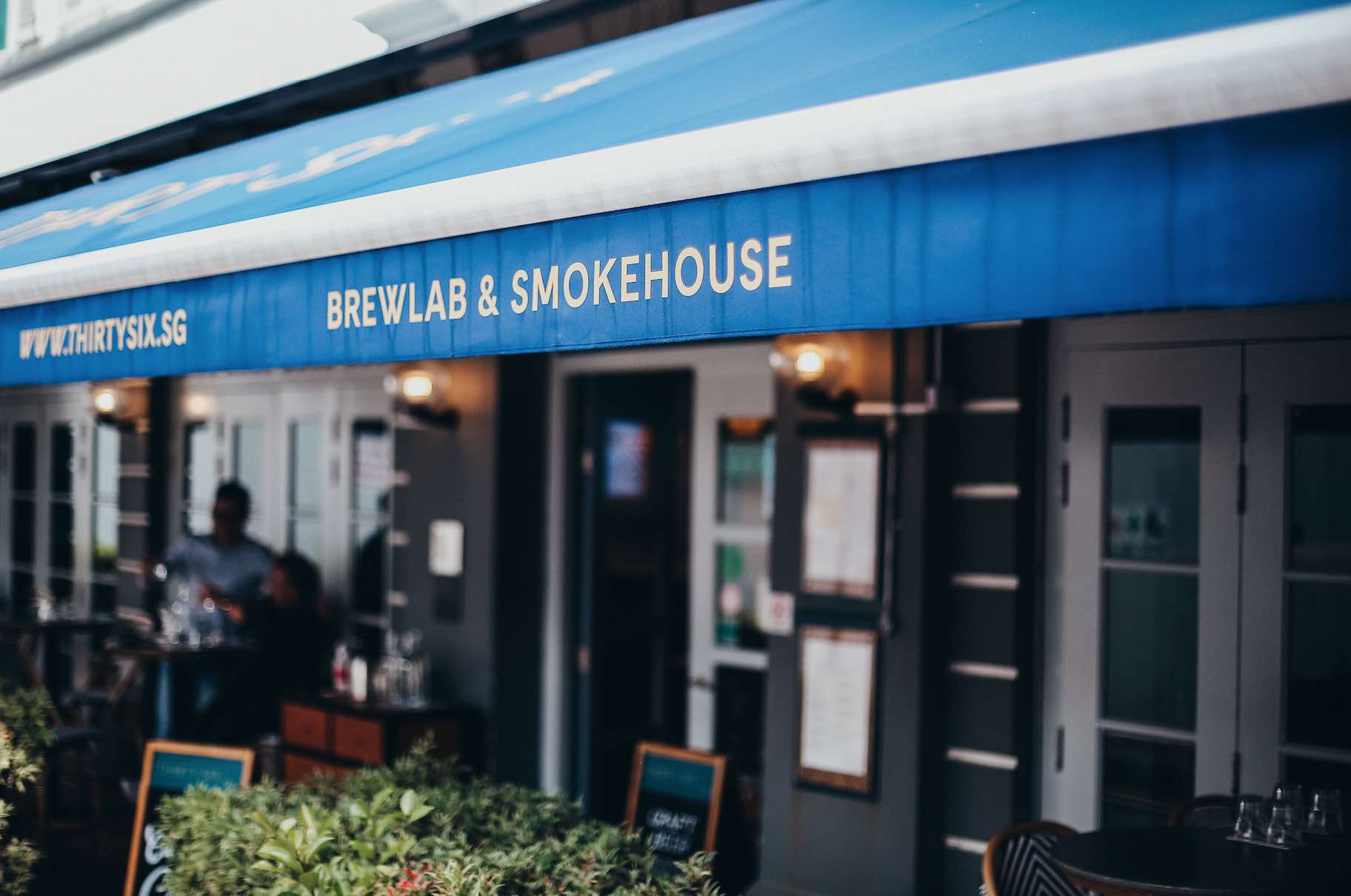 Nestled inside this lovingly restored heritage building is a 120-seat restaurant featuring a hedge-lined outdoor beer garden and a superb menu, centred around open-flame grilling on a custom-built brick hearth. Dishes focus on bold, local flavours and smoky umami that only true, open-flame cooking can produce. 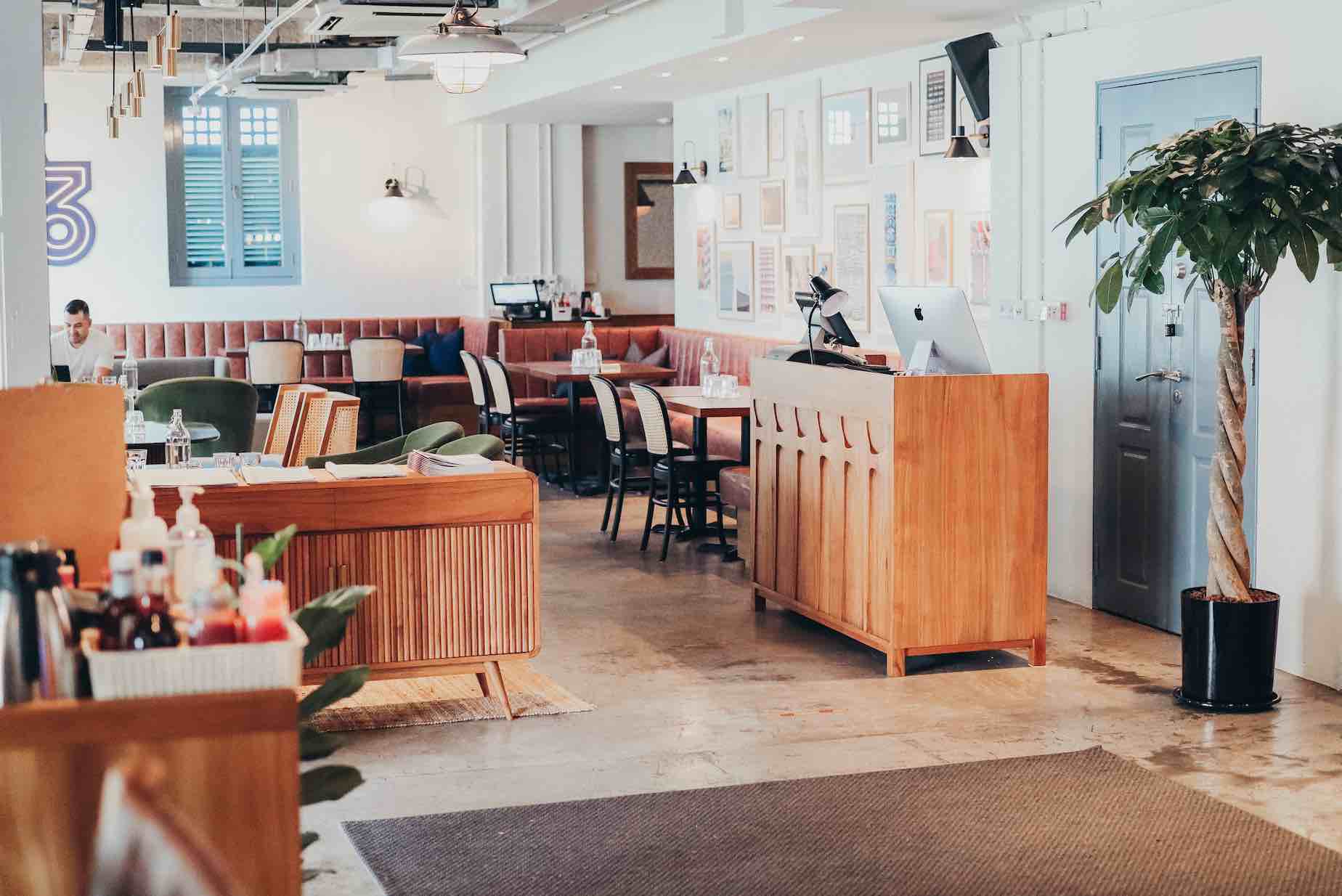 Thirty Six celebrates people – from the entire front and back of house team to their guests and the wider craft community. Building connections and collaborations are the cornerstones of their operations – bringing together their skills, ideas and passions.

Appropriately, the conservation building in which Thirty Six is housed was once rather poetically named Tong Sum Lao (通心楼) – so named because it straddled three streets, and because it was used by pedestrians as a link between Club Street and Mohammed Ali Lane. 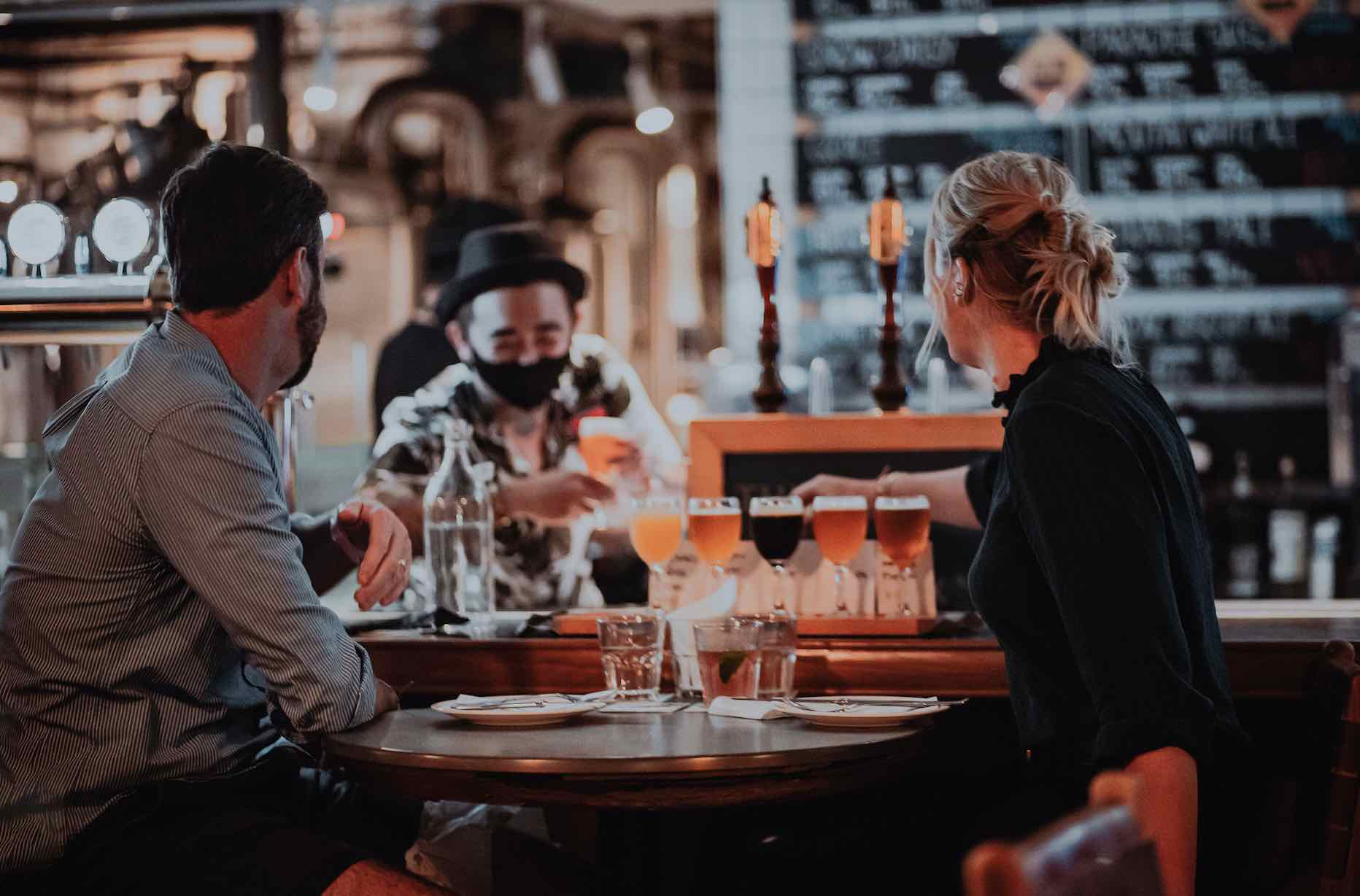 Thirty Six Brewlab focuses on researching, studying and experimenting with styles, techniques, ingredients and flavours to bring customers a truly exciting selection of beers on rotation.

The talented Greg Brown is Head Brewer – a highly respected figure in Singapore’s craft beer- scape, well-known for his seamless synthesis of analytical precision (from his IT past) with his own innate sense of fun. His mastery shines through in playful, creative original brews such as a 2021 award-winning beer that mimics Willy Wonka’s 3-Course Dinner Gum cheekily named Violet No-Regard (ABV 5.8%, Purple Ale) using local butterfly-pea flower to give the beer a wonderful purple hue. 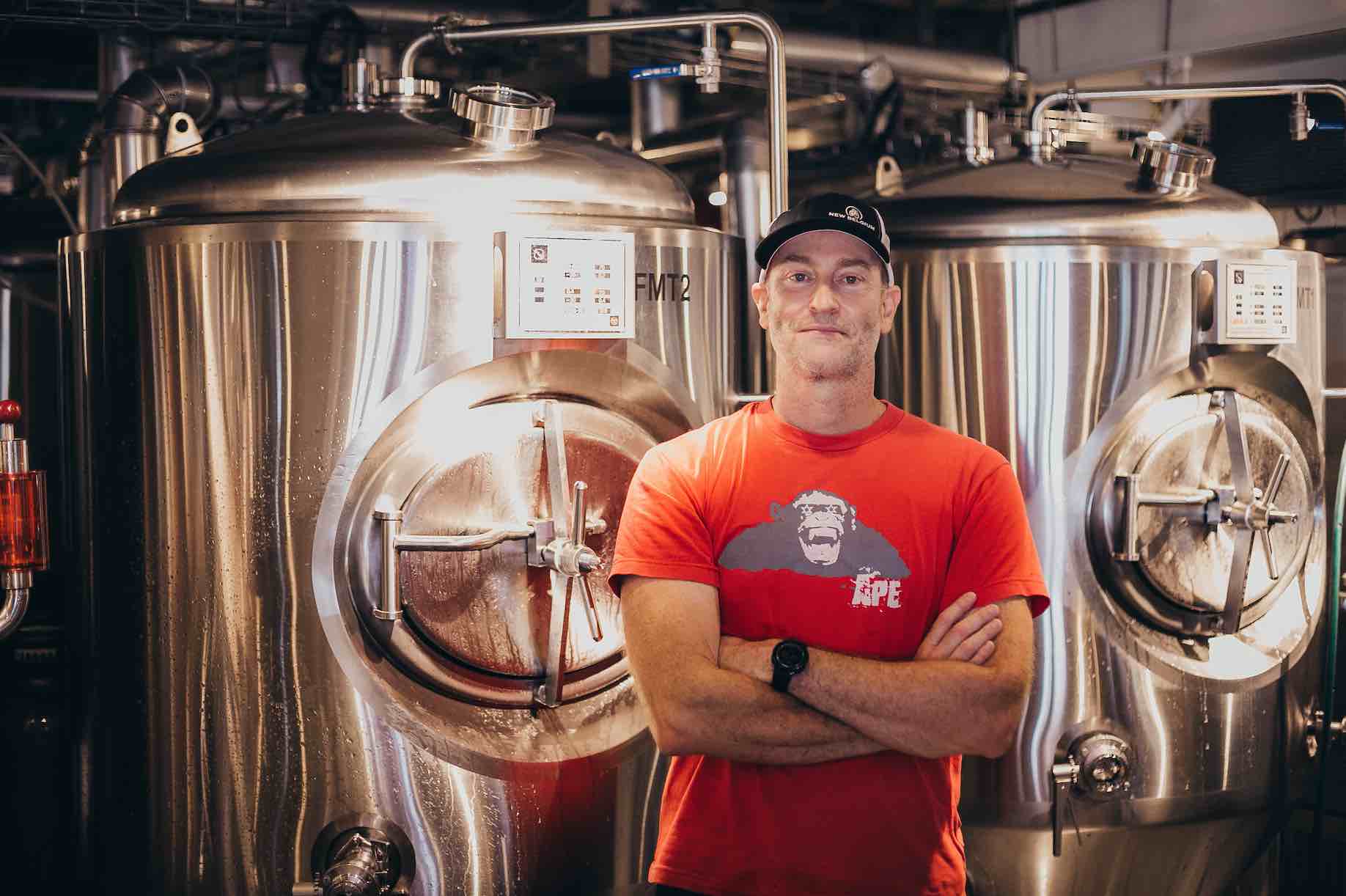 Underlying their commitment to bring the craft community together, Greg and the team have already started collaborating with other regional and local brewers. On top of that, there is of course constant in-house collaboration with parent company Lion Brewery Co on beer ideas, future styles, and ways to continue pushing beer boundaries. Ultimately, Brewlab affords Thirty Six unique opportunities to build new relationships, experiment, and innovate.

Some other beer highlights include the Raspberry Beer-et (ABV 4.6%), a Berliner Weisse bursting with bright raspberry flavours and a refreshing finish, as well as their Something Something (ABV 5.5%, American Pale Ale) which is bursting with Citra, Simcoe and Cascade hops giving a ripe, citrus fiesta, which balances the bitterness perfectly for an all-round delicious taste and refined finish.

Beer aficionados will be thrilled to hear that Thirty Six also has 3 Cask Ale Taps – making it one of the only bars in Singapore that serves quintessentially British-style cask-conditioned Ales using a traditional angram (long-handle) pump.

Within its inviting and stimulating space, Thirty Six brings together the craft beer community to champion independent beer. Customers of Thirty Six are able to engage in the blossoming craft beer scene, tasting a wide range of flavours and styles with the cosy restaurant and microbrewery serving as the perfect backdrop. Customers will also soon be able to book brewery tours on their website. 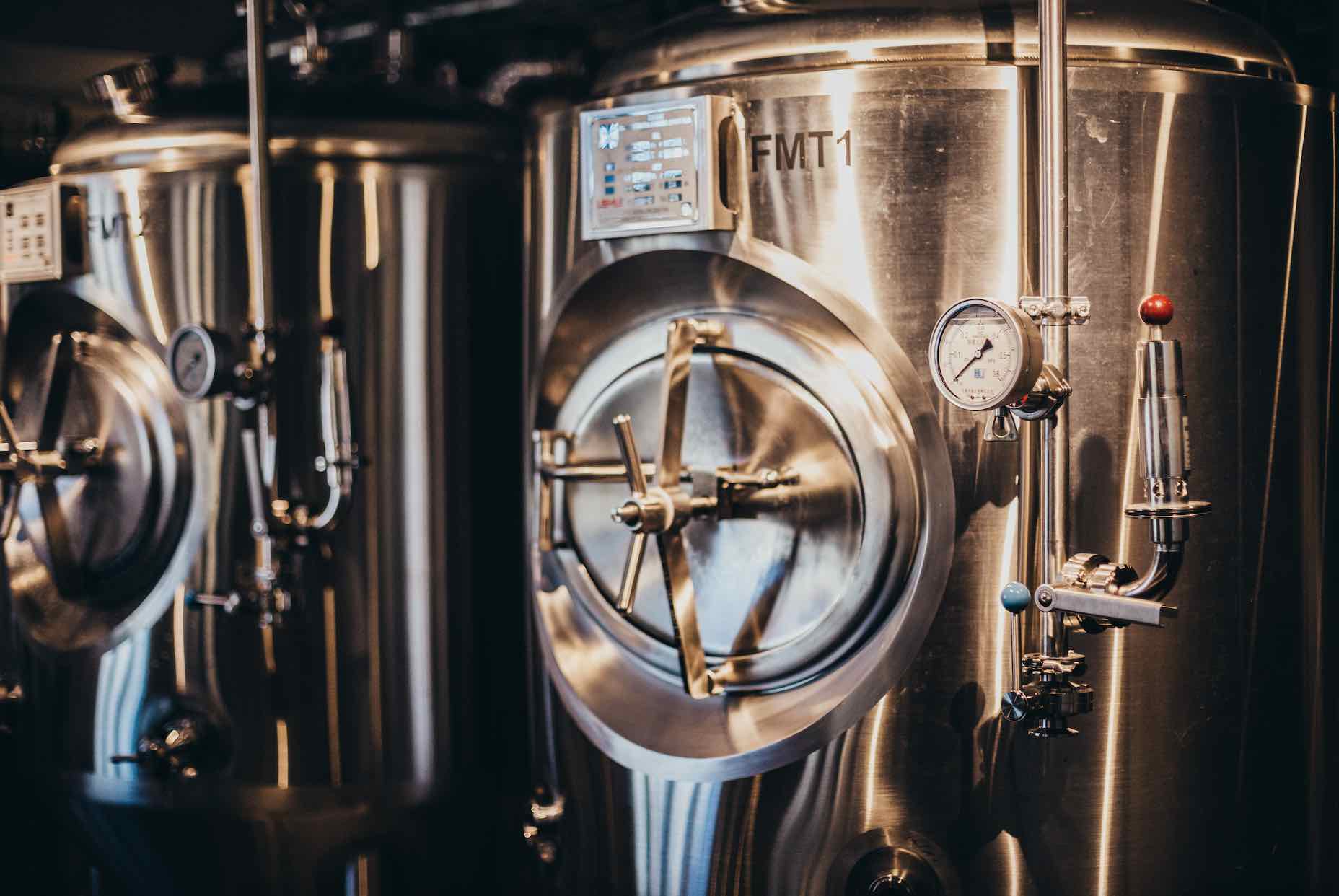 The superb food menu, focused on open flame grilling, features both small bites and large plates that infuse local produce and flavours into the classic bar and smokehouse recipes, and is guaranteed to excite the senses! 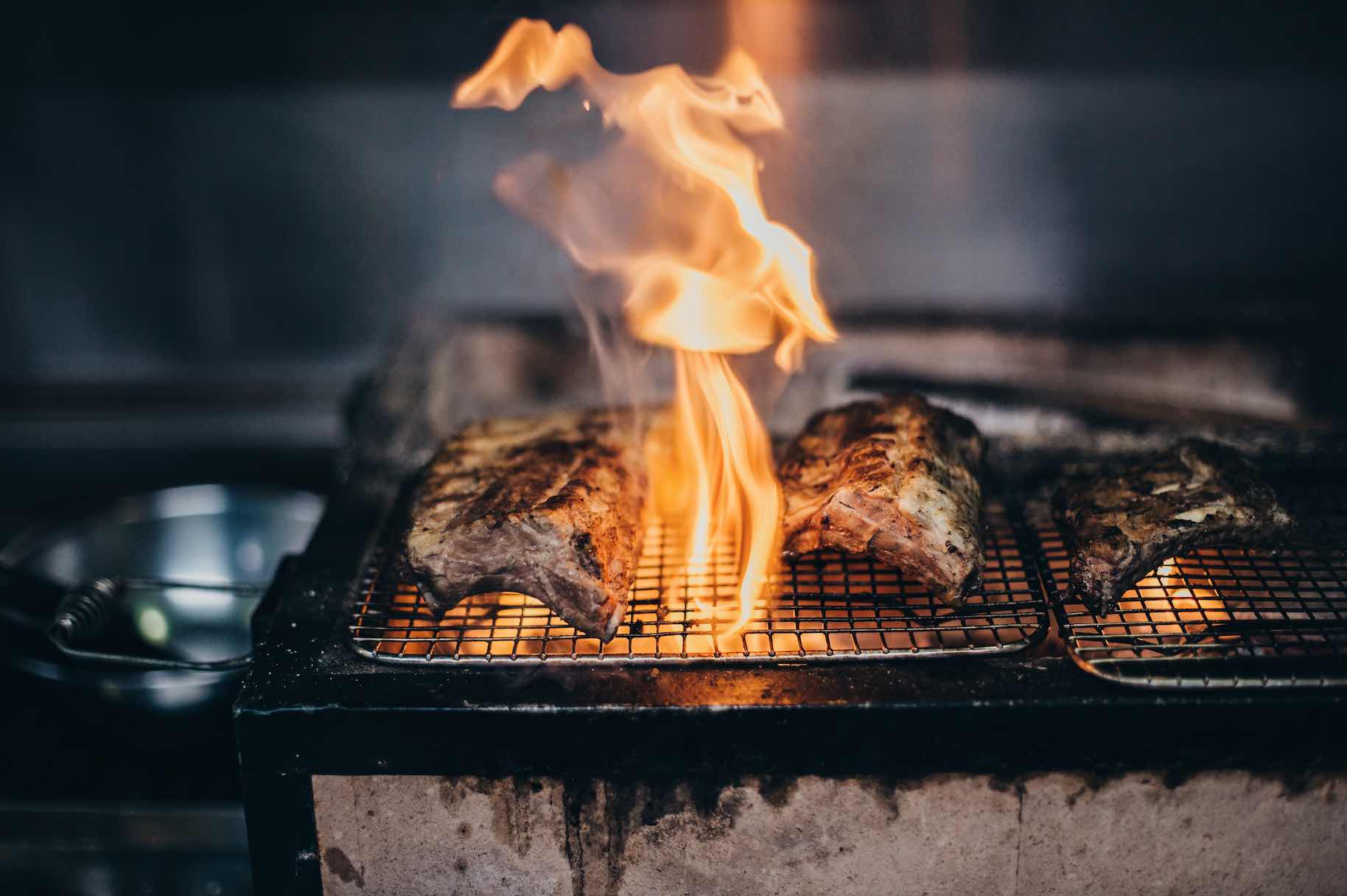 Each dish was personally conceptualised and developed by Executive Chef Kwek Xiu Rong (affectionately known as XR); thousands of hours were invested in learning the technical details of open flame cooking, the quirks of their hearth and how different stages of a fire’s “life” change the interaction between flame and food. This knowledge is applied everyday: Chef XR pays acute attention to all the dishes and is involved in daily operations in the kitchen. 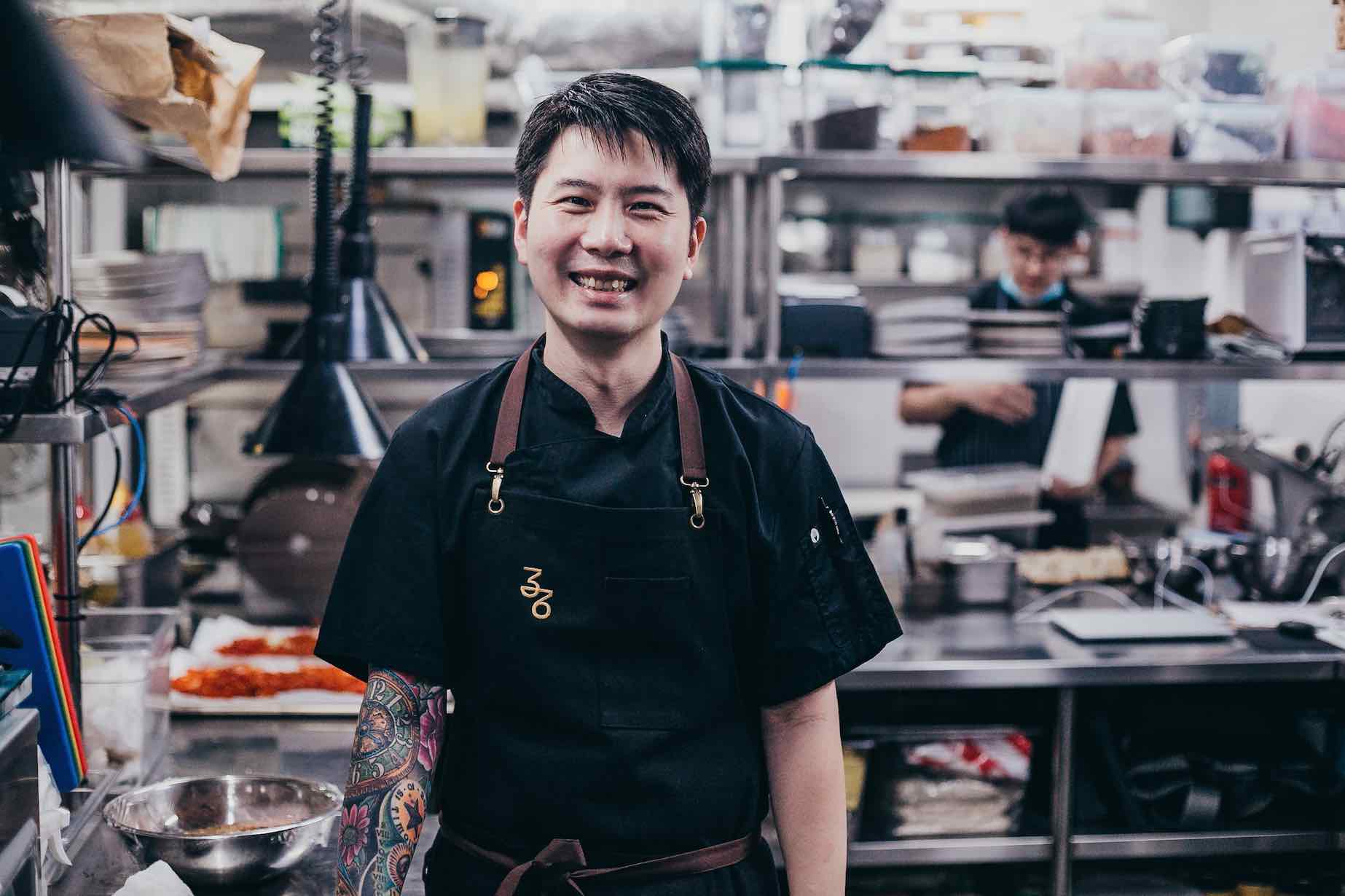 One of the must-orders is the Sticky Pork Ribs, featuring caramelised tender pork lion ribs cooked ‘low and slow’ over fire and slathered with an irresistible spicy sauce. The dish is topped with coriander and finished with a generous squeeze of lime. 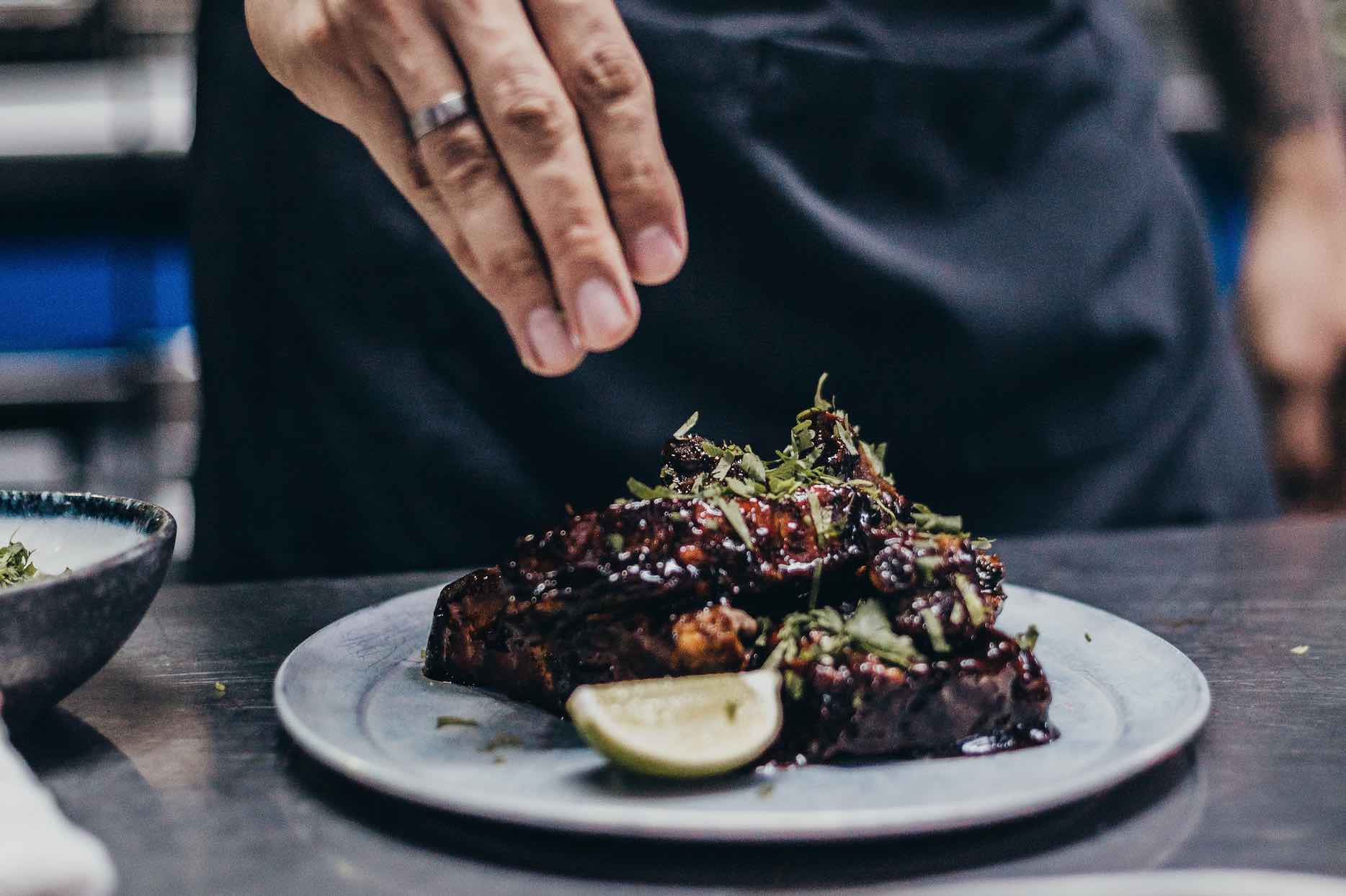 Another popular bite – the Scotch Egg – marries the spicy umami of Nduja with the tangy garlicky heat from Sriracha Sauce – creating a superb Asian twist to a pub classic. 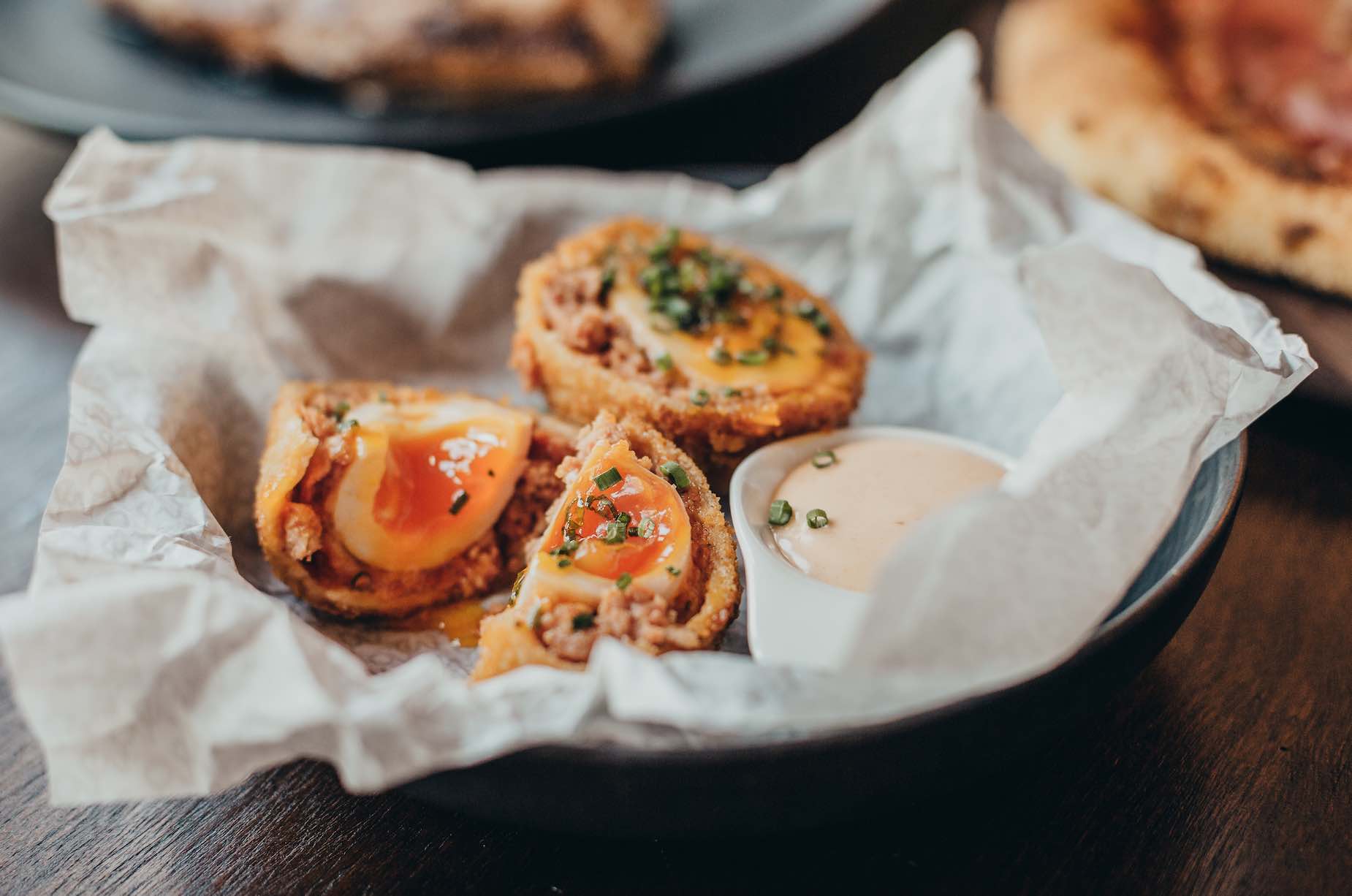 There are also plenty of vegetarian options, such as the Wood Fired Cauliflower, with cashew nut butter, miso leek puree and kale, and a juicy Impossible Meat Burger. Using only the best quality ingredients available to them, every dish is bursting with wholesome flavours. With the beer and food menus seamlessly weaving bold flavours, treasured classics and precise balance, the kitchen and the brewery work together to ensure the dishes and beers harmonise in intricate pairings, creating a seamless dining experience. High-end wines, coffees, teas, liquors and soft drinks are also available for non-beer drinkers.

An Ethos of Craft & Community

Thirty Six radiates imagination, creativity and resourcefulness. As passionate champions of all things craft, the team deeply believes in the integrity and dedication needed for the mastery of a skill; after all, they are sophisticated craftsmen themselves. This respect, pride and broadminded humility are founding pillars of the venue, and written into the DNA of Thirty Six.

The team will also explore tie-ups and partnerships with craftspeople outside the F&B sphere and curate experiences such as music gigs and art exhibitions; artwork by renowned local artists such as Jamie Tan and Sue Gray already hang on the walls of the interior, which was designed by The Grey House.

Thirty Six’s vision has a strong environmental component, taking steps to ensure that their practices are as eco-responsible as possible. All the delivery packaging is plastic-free and made from recycled materials, and throughout their operations, the team has a mandate to cut down on waste.

Through parent company Lion Brewery Co’s long-standing partnership with Green Steps Group, Thirty Six is also involved in a programme that plants one tree for every keg of Lion Brewery Co beer sold, equating to significant amounts of carbon-negative draught beer. The trees are geo-tagged and the growth of the Thirty Six forest can be monitored using Green Steps Group’s proprietary technology.

You can thoroughly relax and enjoy yourself in the friendly space, with full assurance that each pint of Lion Brewery Co beer they drink is carbon negative. 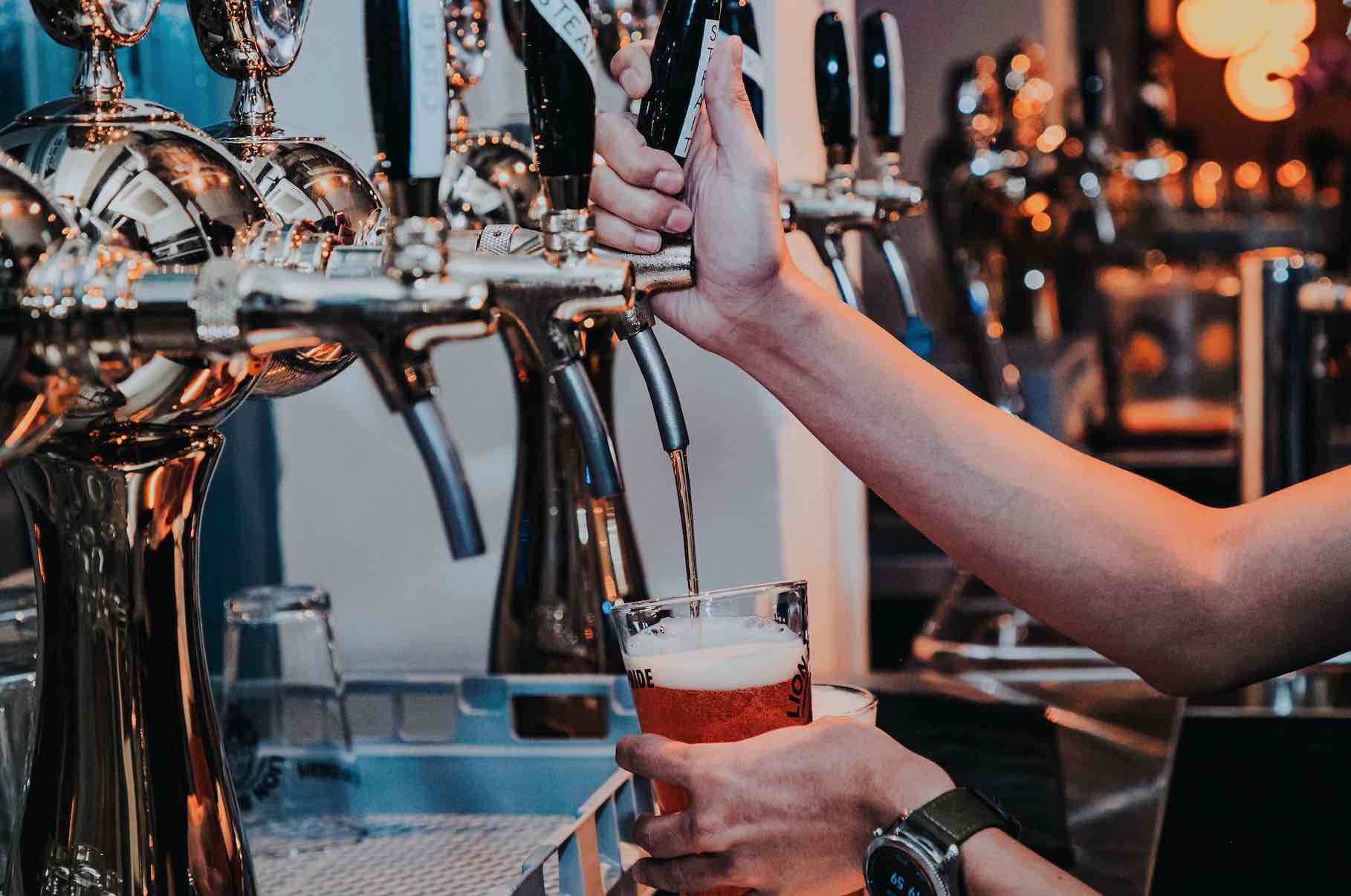 So, what exactly is Thirty Six Brewlab & Smokehouse?

It’s where good people come to revel in great beer. Where aficionados of craft come back to, again and again. Where local brewers can showcase their beer; and artists, musicians and craftspeople can express themselves and their work. Where a community can find themselves.

In short, Thirty Six Brewlab & Smokehouse is a place of discovery and celebration!