Impossible Foods announced the commercial launch of Impossible Pork Made From Plants, available in restaurants in Hong Kong starting on 4 October and in Singapore later this fall. Chef David Chang will debut Impossible Pork at his famed Momofuku Ssäm Bar at Pier 17 in New York City beginning tomorrow. Pork from pigs is one of the most consumed proteins in the world, and Impossible Pork is designed to be more delicious and far more sustainable while satisfying every culture and cuisine. 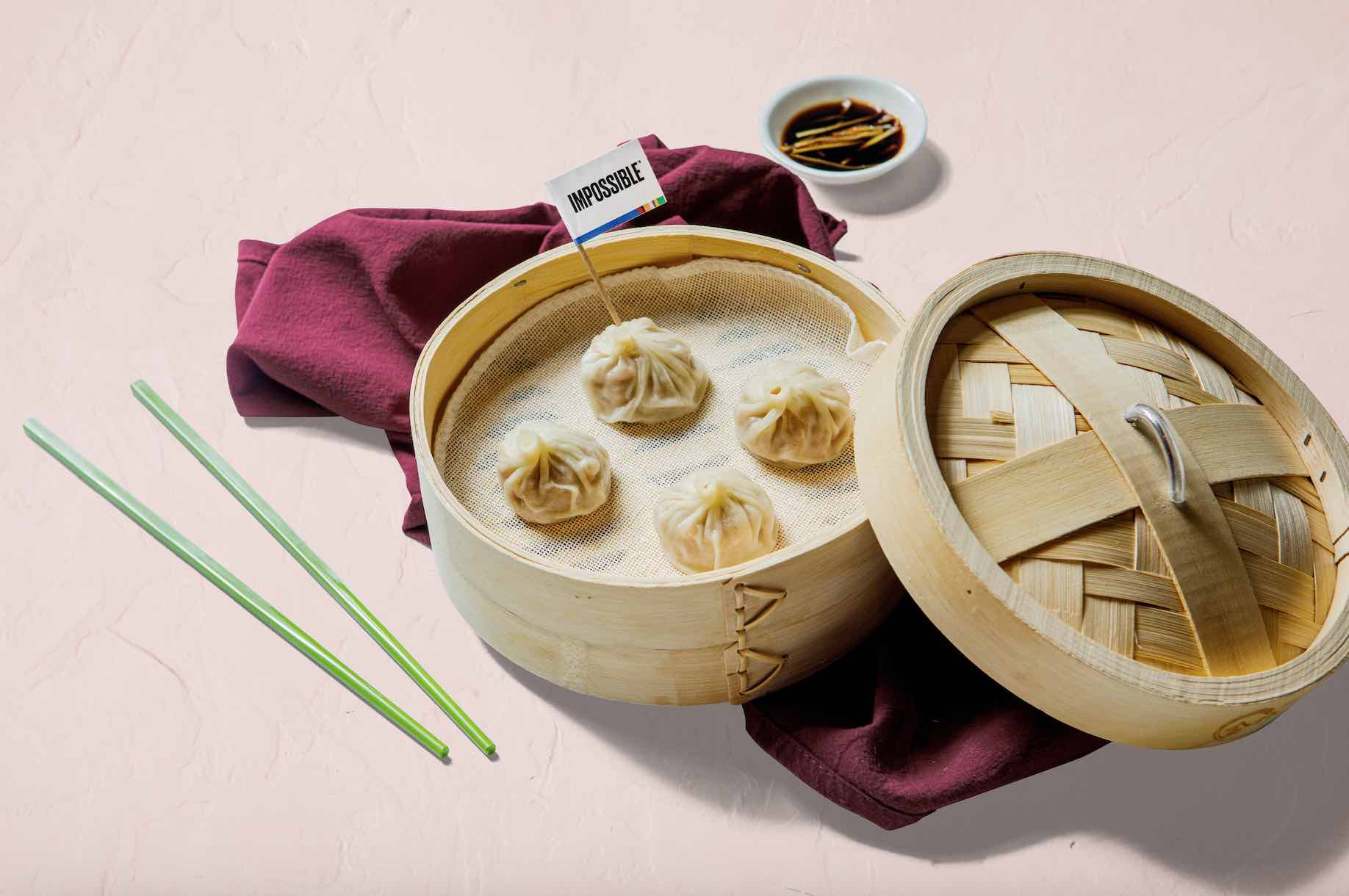 Restaurants across Hong Kong and the United States can now order Impossible Pork for their menus from major foodservice distributors. In a blind taste test of more than 200 consumers in Hong Kong, Impossible Pork Made From Plants was preferred 54% to 46% over ground pork from pigs, scoring higher on all attributes tested, including overall liking, appearance liking, flavour liking, texture liking, and purchase intent.

“Earlier this month, we beat the animal with the launch of Impossible Chicken Nuggets,” said Dennis Woodside, president of Impossible Foods. “With Impossible Pork, we’re beating the animal again while satisfying even more types of cuisine — another important step towards making the global food system much more sustainable.”

Like meat from pigs, Impossible Pork features a mild savoury flavour and balanced umami richness without being gamey or overpowering. It can be served in any ground meat dish including spring rolls, meatballs, dumplings, xiao long bao, shumai or tacos, and can be cooked in a steamer, oven, charbroiler, flat-top grill or sauté pan. 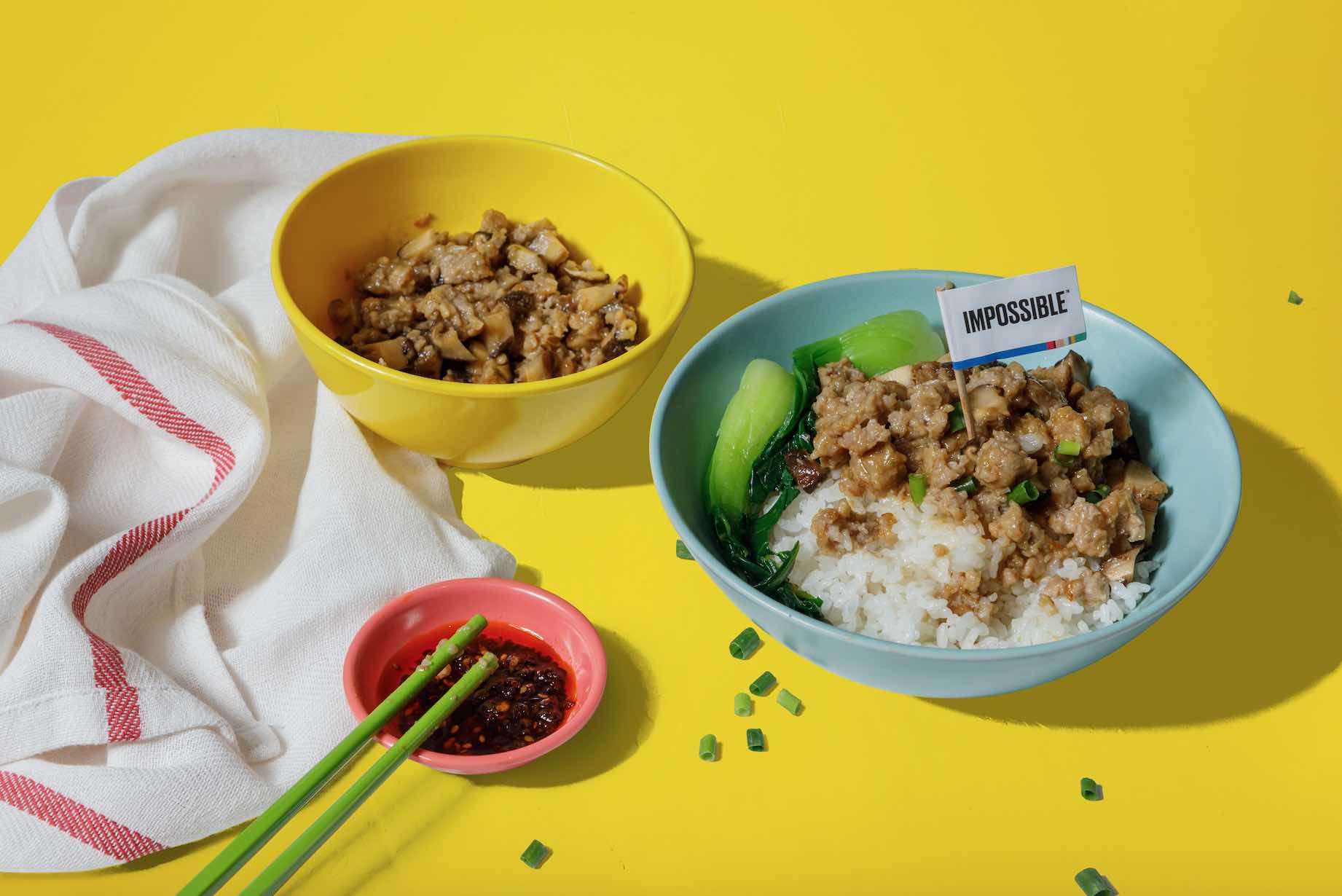 Impossible Pork – How The Facts Stack

Originally previewed at CES 2020, Impossible Pork has already been named Time Magazine’s Best Inventions of 2020, and it has received a number of accolades and awards including the National Restaurant Association 2020 FABI Award, Mashable’s Best Tech of CES, Women’s Health Best of CES, and more. 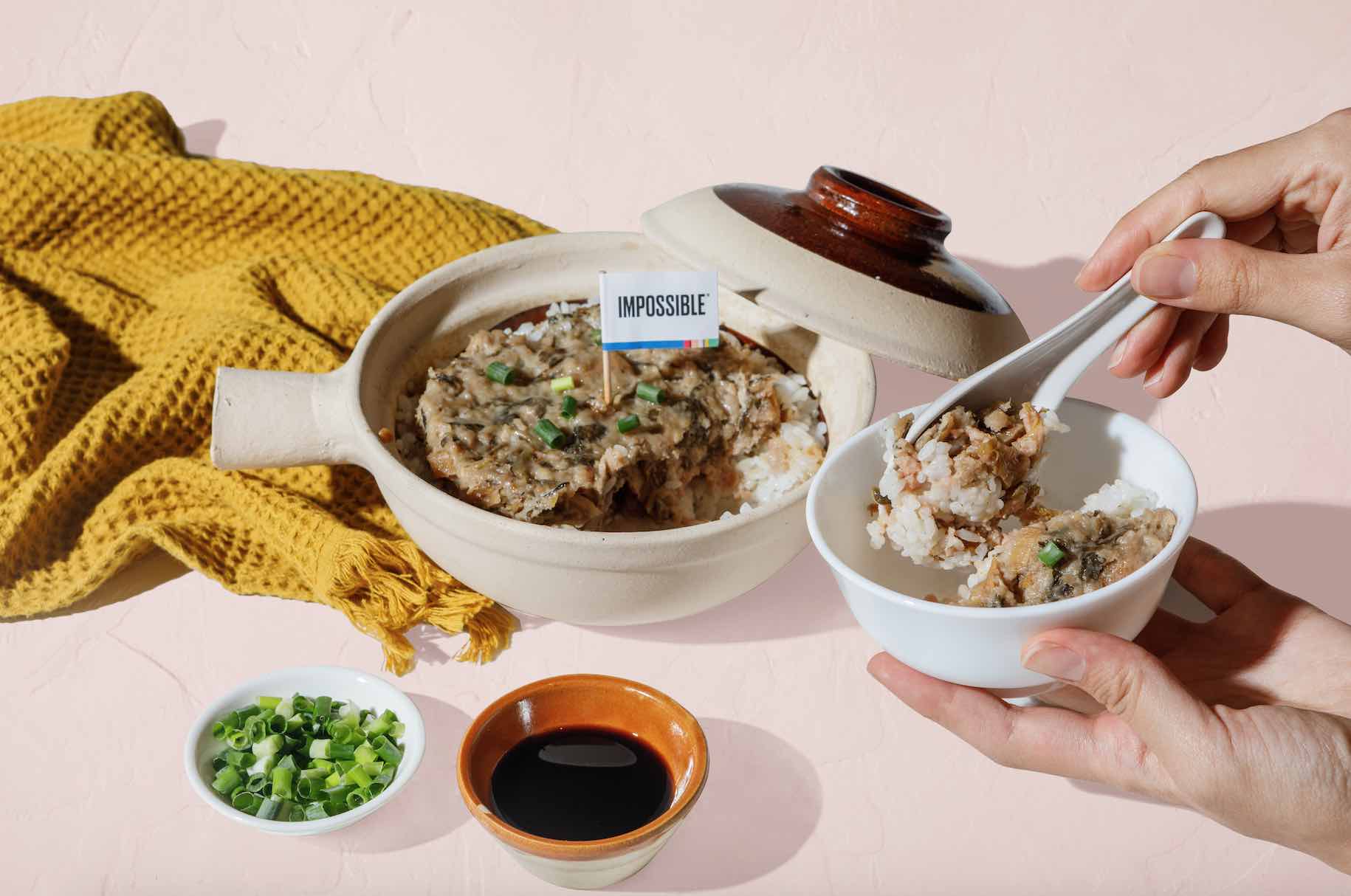 David Chang was the first chef to launch Impossible Foods’ flagship ImpossibleTM Burger on the menu of his famous Momofuku Nishi hotspot in 2016, and he launched Impossible Chicken Nuggets earlier this month at his fried chicken concept Fuku. Beginning tomorrow, Impossible Pork will be featured on the menu of his acclaimed Momofuku Ssäm Bar at Pier 17 in one of the restaurant’s most iconic dishes – Spicy Rice Cakes – now served with ImpossibleTMPork Ragu.

“Our menu calls for high quality, versatile ingredients, and Impossible Foods’ products always deliver,” said Momofuku culinary director Max Ng. “Impossible Pork replicates the delicious flavour and juiciness of pork, making it a perfect fit for one of our most iconic dishes.”

Chef May Chow was one of the first Hong Kong chefs to launch the Impossible Burger when it debuted in the region in 2018, predicting that it would “take [the] city’s world-class restaurant scene by storm.” On Oct. 4, Chef Chow will debut Impossible Pork dishes at Little Bao, which will serve a Taiwanese “LuRou” Scotch Egg, and Happy Paradise, which will serve ImpossibleTM Dan Dan Noodles.

“Minced pork is central to so many classic Chinese recipes from dumplings to spring rolls to dan dan noodles. I’m thrilled we now have a more sustainable alternative that does not compromise on the original diversity, deliciousness, and depth of everyone’s favourite recipes.” 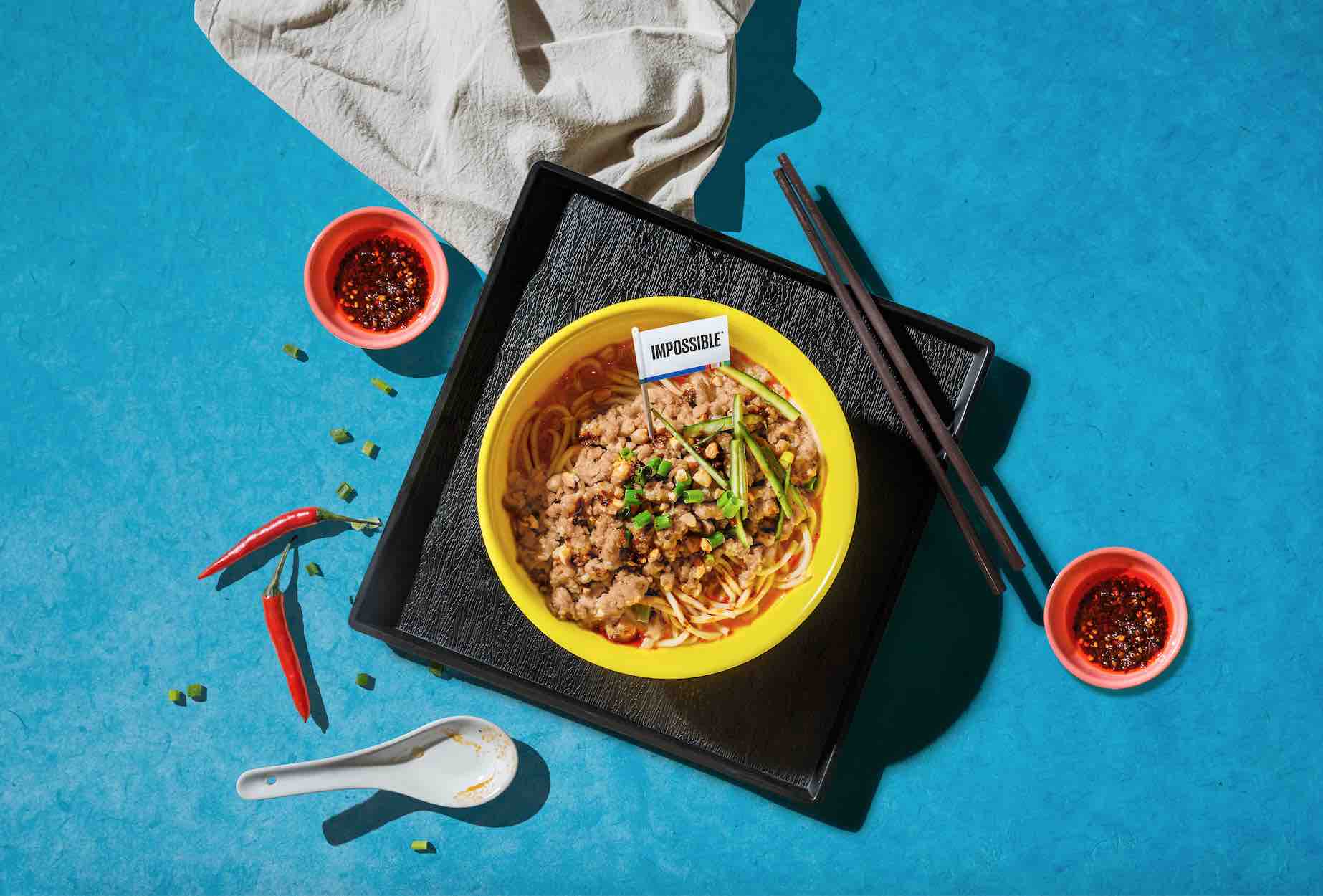 Starting Oct. 4, Impossible Pork will be served at more than 100 restaurants in Hong Kong, across a variety of cuisines, from dim sum and classic Chinese to Japanese and Thai.

Chinese fast-food chain MX of Maxim’s Group in Hong Kong will launch its Eggplant & ImpossibleTM Pork Casserole dish at 45 locations across the city, becoming the first quick-service restaurant in Hong Kong to serve an Impossible product.

In Singapore, Impossible Pork will land in November on the menus of a number of new and returning customers, including Privé, PS. Cafe, Da Paolo and Moonbow Dempsey, a well-known fusion restaurant from Ironman Chef Heman, who will serve a Crispy Cheesy ImpossibleTM Pork Ball. 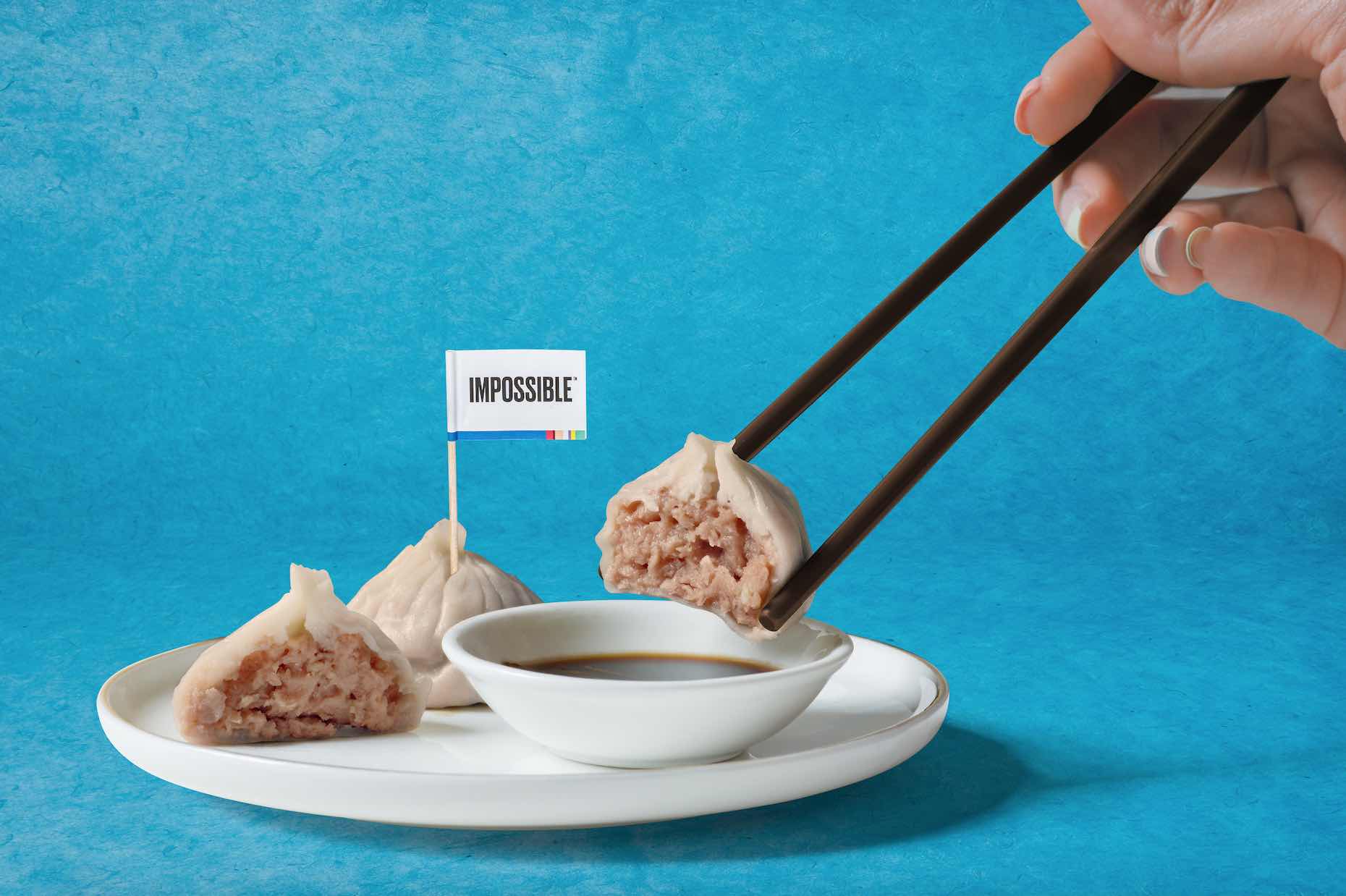