Sesame Street, the internationally beloved iconic children’s series, is celebrating its 50th anniversary this year and you are invited to join the festivities at the Sesame Street 50 Years and Counting Celebration only at Universal Studios Singapore. From 8 March to 28 April 2019, party, play and learn with family and friends at the biggest birthday bash in town with all- new interactive shows and exhibits featuring favourite Sesame Street characters such as Elmo, Cookie Monster and more! 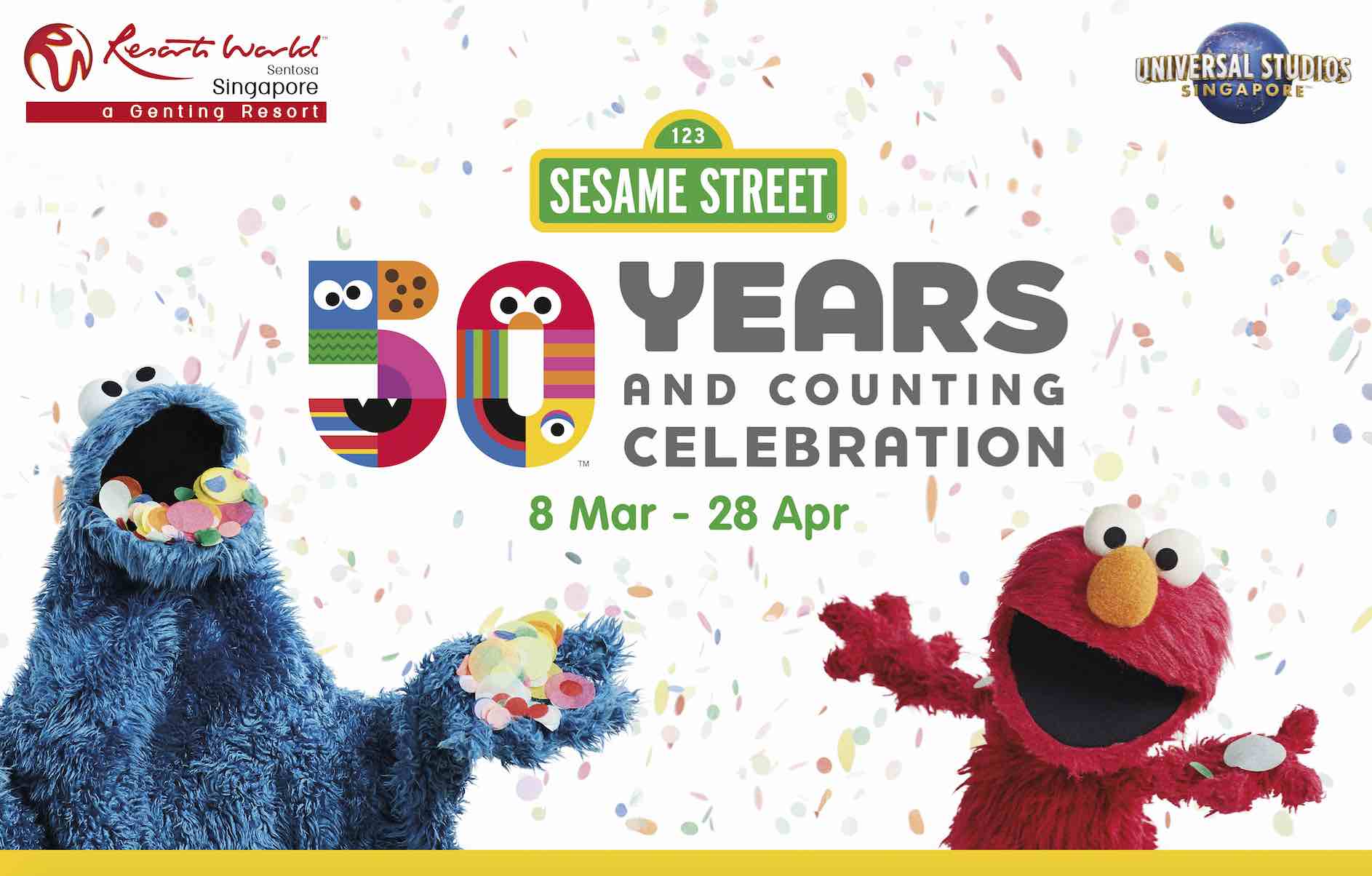 You and your family can join your furry friends in the Sesame Street Birthday Blowout show with a larger-than-life cake, visit Big Bird’s Nest and Abby’s Fairy Garden, and meet a special guest – Lily the Tiger (莉莉虎) from China. You can also take a Walk Down Sesame Street in a special gallery to relive some of your favourite scenes such as the famous 123 stoop and Bert & Ernie’s apartment. 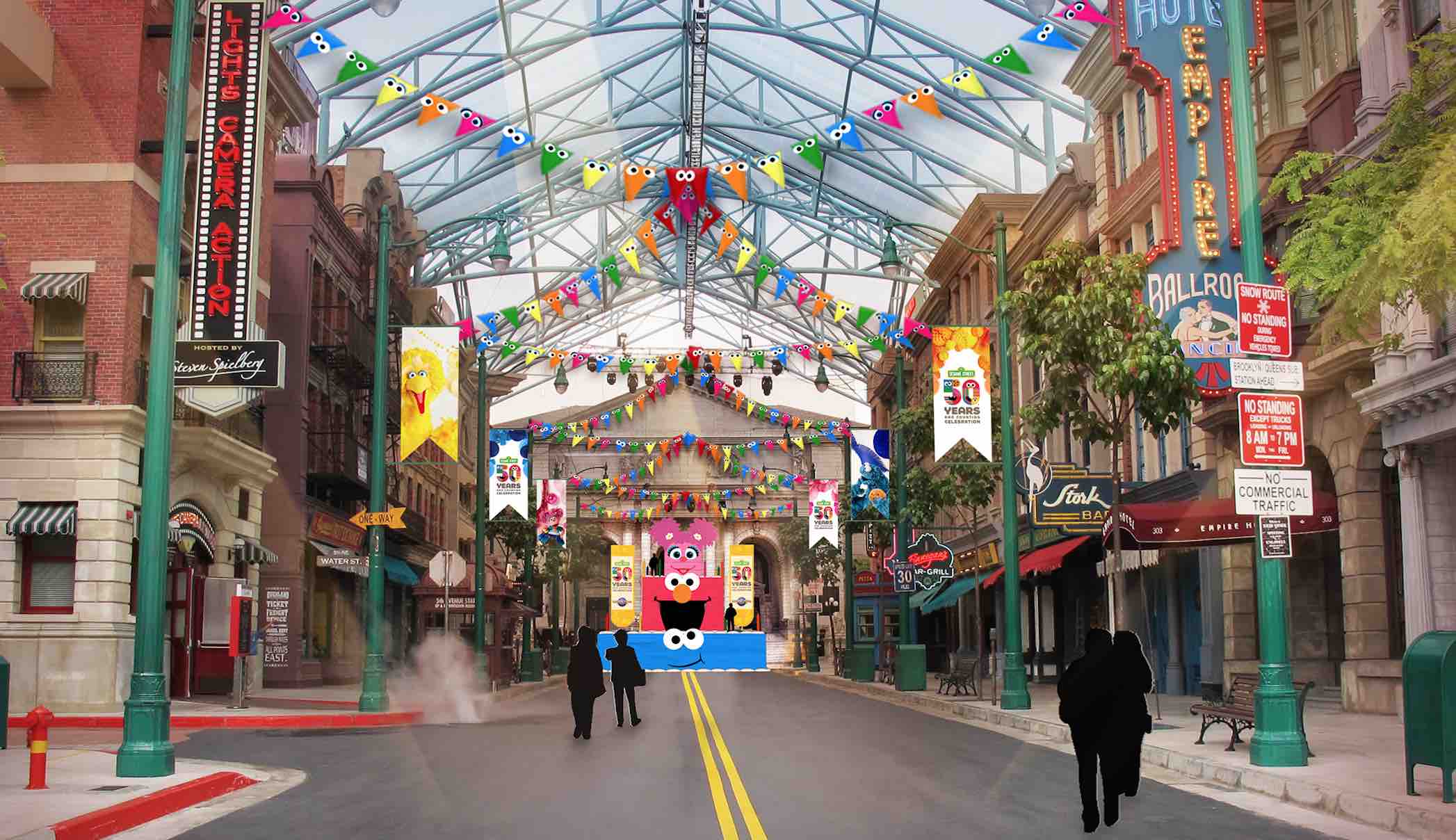 Universal Studios Singapore will also launch a series of exclusive, Sesame Street collectible pins which fans can take home for free with a minimum spend in the theme park. In addition, you can continue to enjoy the adrenaline-infused rides and world-class attractions, as well as extended park hours on select nights.

In honour of the milestone anniversary, you can partake in various community events and photo opportunities held across Singapore. These include a giant inflatable installation of everyone’s favourite red monster – Elmo – at ION Orchard, Raffles City Shopping Centre and Universal Studios Singapore, as well as collaborations with local street artists ANTZ, Yip Yew Chong and Tiffany Yao who will each deliver their creative interpretations of the Sesame Street anniversary celebration in a special mural at Bugis Junction from 4 to 24 March. The celebration will also bring together 50 local and regional celebrities, influencers, as well as artistic talents from Pathlight School – the first autism-focused school in Singapore that offers mainstream academics and life readiness skills to students on the autism spectrum – in a first-of-its-kind exhibition inspired by Oscar the Grouch and his trash can. Each of these individuals will be decorating Oscar’s trash can with creative and meaningful designs to commemorate Sesame Street’s 50th anniversary. All 50 beautifully decorated cans will go on display at various locations within Resorts World Sentosa, including Universal Studios Singapore. Sesame Street 50 Years and Counting Celebration is included with regular admission to Universal Studios Singapore or Annual/ Season Pass. Singapore Residents can enjoy online discounts on admission at S$69* for an adult one-day ticket (U.P. S$79). More information can be found at rwsentosa.com/ss50 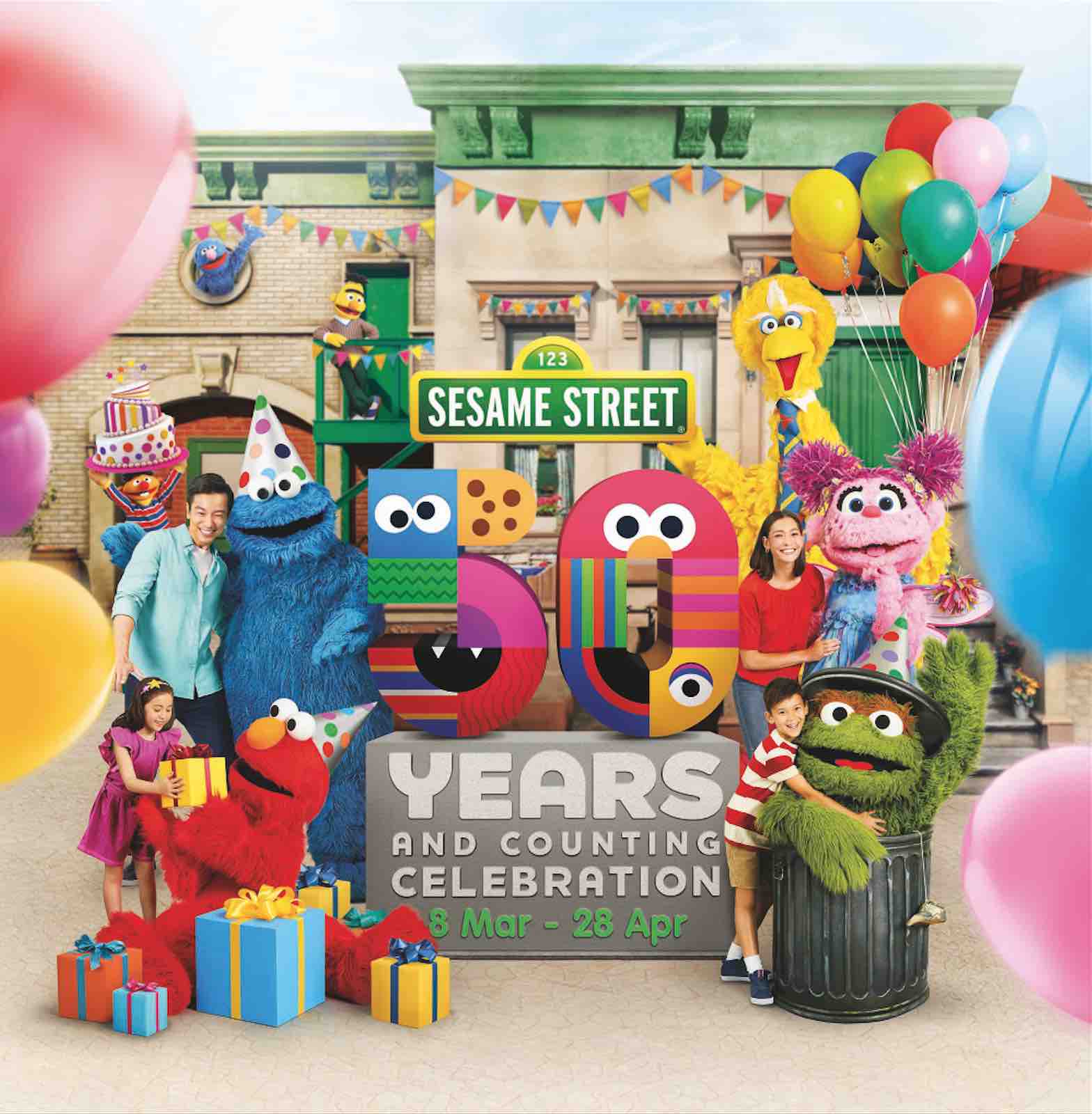