Singapore Zoo recently welcomed two young Rothschild’s giraffes from India’s Mysuru Zoo. With fewer than 2,000 of the subspecies left in the wild, this latest addition to the Singapore Zoo’s bachelor herd contributes to the managed programme of this threatened subspecies of giraffes. 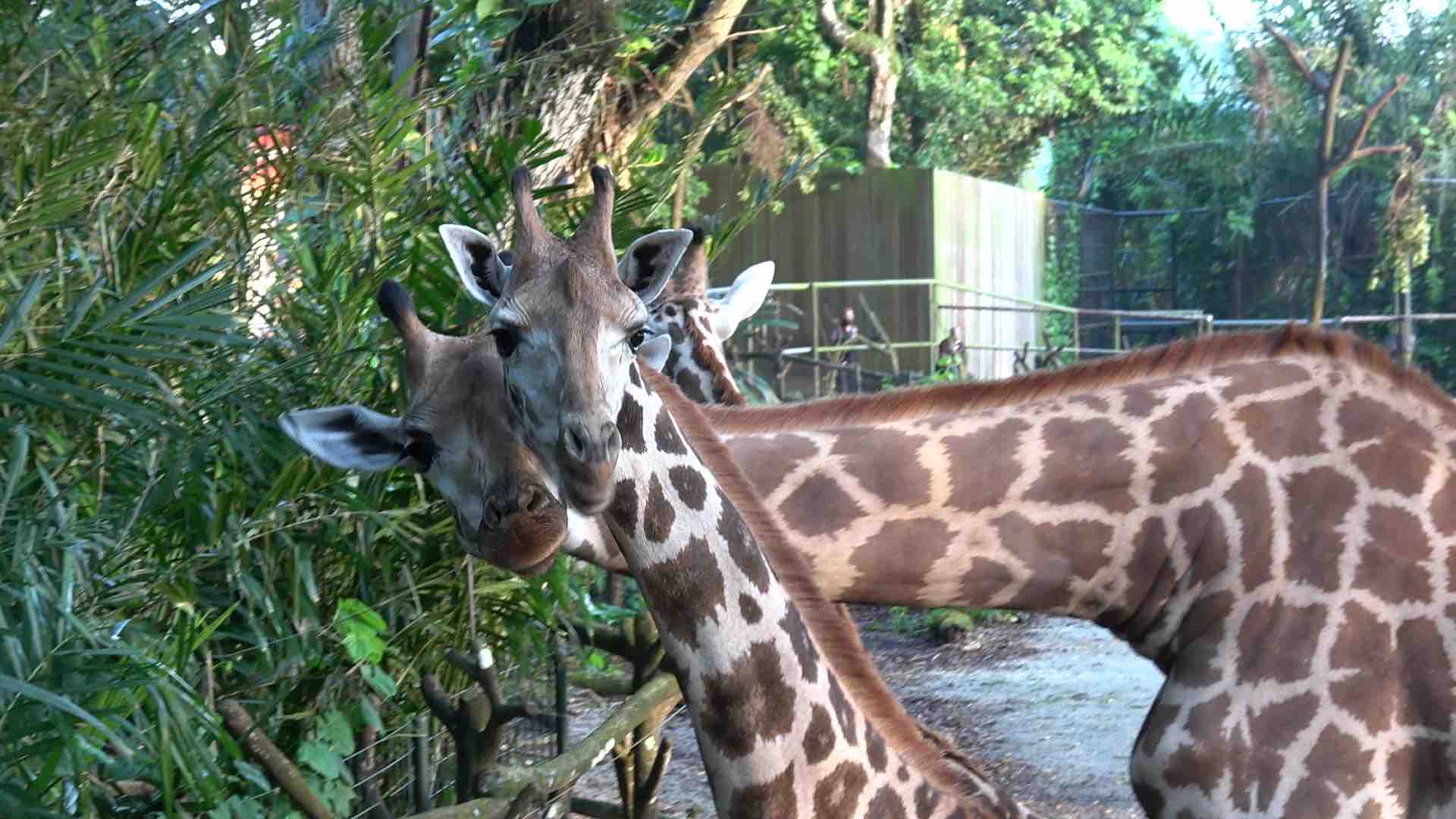 Following a 22-hour inter-state road journey and seven-day sea voyage, the healthy males, Balaji and Adhil, arrived safely on Singapore shores on 26 May 2021. Serving a three-month quarantine under the watchful eyes of the animal care and veterinary teams since their arrival, both giraffes have since settled well into their new habitat, feasting on a daily diet of hay, herbivore pellets and leaves of starfruit, jackfruit and acacia trees.

Since 2010, Wildlife Reserves Singapore (WRS) has established a trusted partnership with Mysuru Zoo which has facilitated previous animal exchanges such as the sloth bears and lion-tailed macaque. Discussions on the animal exchange kickstarted in 2018, long before the birth of the calves in 2020. The giraffes, both slightly over a year of age, will be a part of the European Association of Zoos and Aquaria (EAZA) ex-situ programme (EEP) for the species, which aims to maintain healthy and sustainable populations of animals under human care for both conservation and educational purposes.

Speaking on how zoological institutions have had to rise above the numerous challenges posed by the pandemic situation, Ms Wendy Chua, Zoology Curator, WRS, added, “While the COVID-19 situation has impacted the ways in which international zoos collaborate, it has also reiterated the importance of such collaborations to help conserve nature and biodiversity. As more people have embraced the wonders of the natural world and the fragility of the planet amid the pandemic, we hope that guests will also take the chance to learn about the plight of endangered subspecies like the Rothschild’s giraffe, and the importance of conservation efforts.”

One such challenge was a dearth of suitable air freights to transport the lofty species during the pandemic. As there was a limited window period to ship the fast-growing youngsters before they outgrew all forms of transport, the team explored the option of surface transport.

Whilst planning the transfer of the two male giraffes, detailed preparations were made to minimise the risks and to ensure the journey was as smooth as possible for the ungulates. The team reached out to zoos that were experienced in the sea transfer of giraffes for guidance and advice while frequently monitoring travel advisories issued due to the COVID-19 pandemic. In addition, road recces and a dry-run simulation involving mock-ups of crates were conducted, in order to map out the best possible route to Mandai once the giraffes had arrived at Jurong port.

To ensure the best care of the two yearlings on their voyage to Singapore, they were accompanied by two experienced WRS animal caretakers all the way during their nine-day long land and sea journey (which included one day of holding prior to boarding the vessel). The caretakers arrived in India a little over a month prior to the expected day of departure to familiarise the young giraffes with their new carers, and to take part in crate training to condition the animals to their new mobile abodes. Throughout the journey, WRS keepers, equipped with a full supply of feed, supplements and emergency medications, provided meticulous care of the giraffes and ensured they were comfortable and calm throughout the journey.

A key challenge of the process was the height of the giraffes. The team custom-designed crates with adjustable tops to allow the lanky animals to stretch to their full heights for most of the journey while allowing the crates to ‘duck’ when clearing road infrastructures. Partner zoos, including Auckland Zoo in New Zealand and Monarto Zoo in Australia, which had previously undertaken successful sea journeys for giraffes were also consulted during the preparation process.

Mr Parmasivam Ramasamy, Curator of Herbivores, WRS, who tended to the giraffes throughout the voyage, shared, “We are very excited to welcome these gentle giants to Singapore Zoo, and have since introduced them to our resident father-and-son duo, Marco and Jubilee. The current giraffe exhibit has ample space for the four, and we have added additional water troughs and salt lick blocks in preparation of their debut.”

The pair has been adopted by Kuok Singapore Limited Group, whose shipping line PACC Line Pte Ltd was engaged in the pair’s sea voyage from India to Singapore. Balaji, which means “strength” in Hindi, was named after an Indian prince. Lively and playful Adhil was named after a star in the constellation Andromeda and shares the same name as one of PACC Line’s fleet of vessels.

Ms Melissa Kee, Chief Human Resources and Corporate Communications Officer, Kuok Singapore, said, “We are delighted to support WRS in the important work of caring for and protecting animal species, as well as increasing awareness through visitor education. We are happy to be part of this meaningful mission and join the WRS community of wildlife sponsors.”

Zoo guests can look forward to coming eye-to-eye with these iconic mammals at the giraffe exhibit in the park’s Wild Africa zone from 30 September 2021, where they will slowly be conditioned for the thrice-daily feeding sessions. 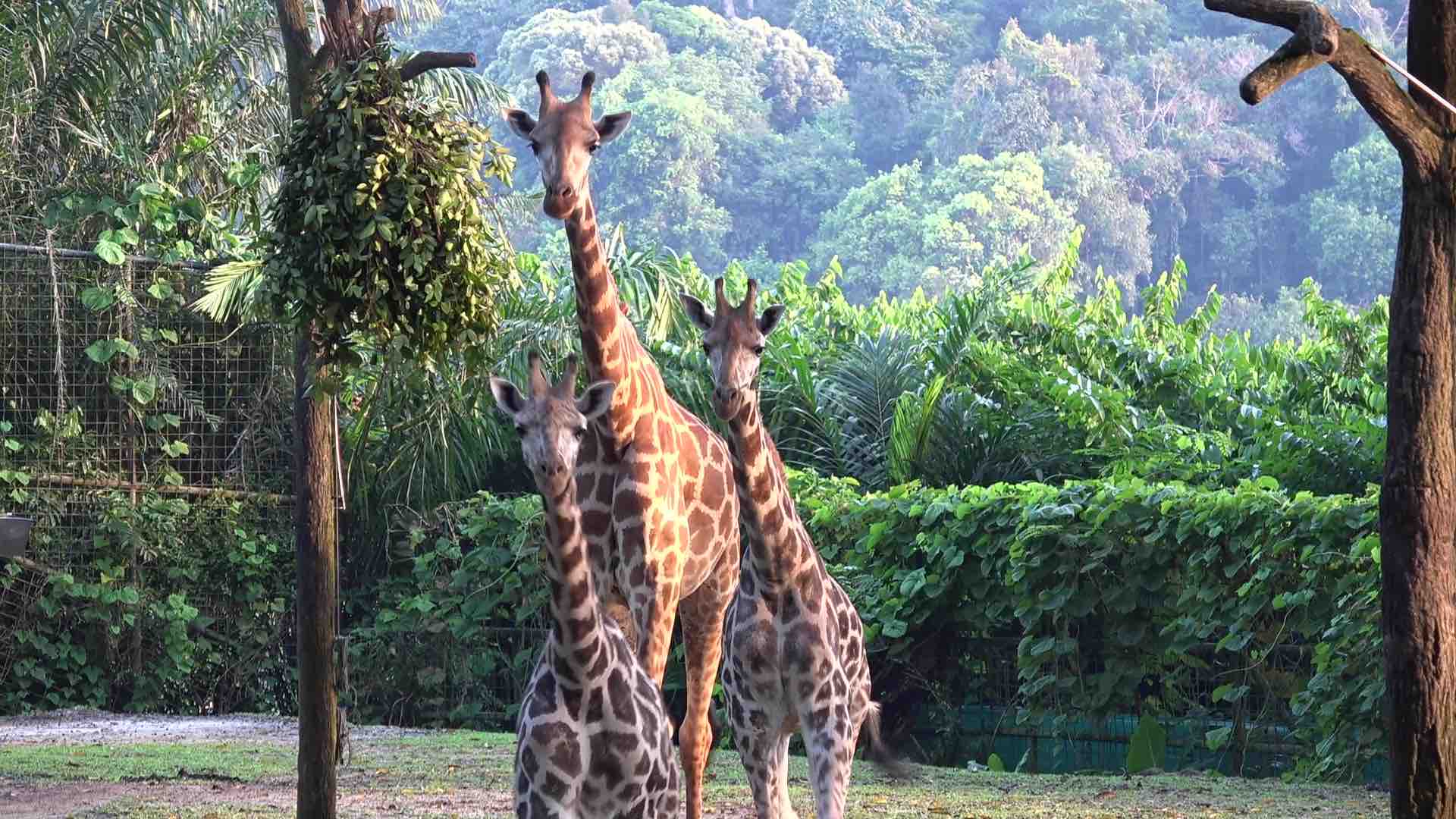