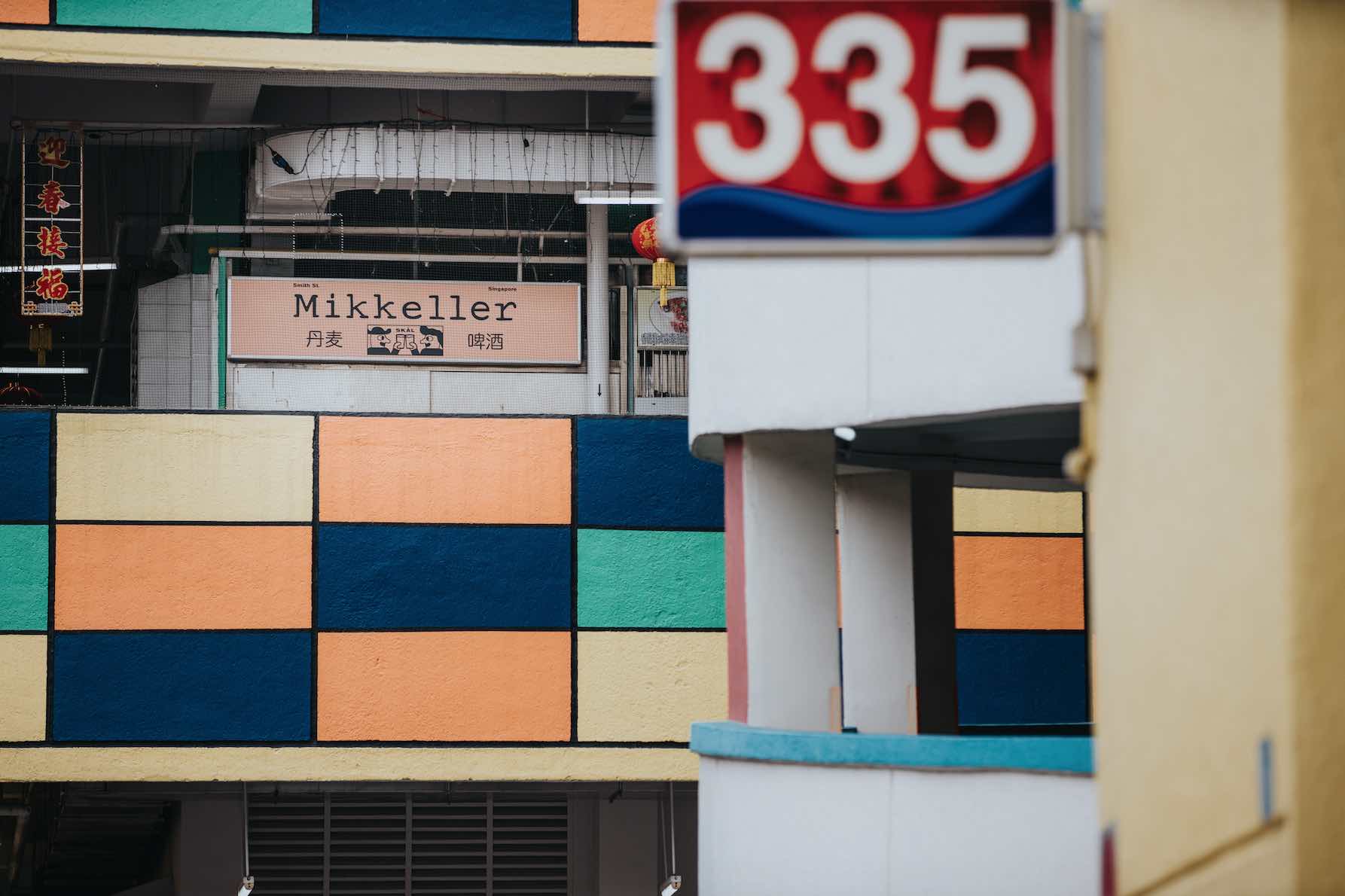 Mikkeller Bar Singapore takes over the stall formerly occupied by Smith Street Taps & Friends, the extension of pioneer hawker craft beer bar Smith Street Taps. Working closely with the Copenhagen team, Kuok and Goh introduce the World’s Smallest Mikkeller Bar with 10 beers on tap alongside a curated selection of packaged beers from Mikkeller, international and local breweries. It is also the first to be set within Singapore’s hawker culture that is included in the UNESCO Representative List of the Intangible Cultural Heritage of Humanity. 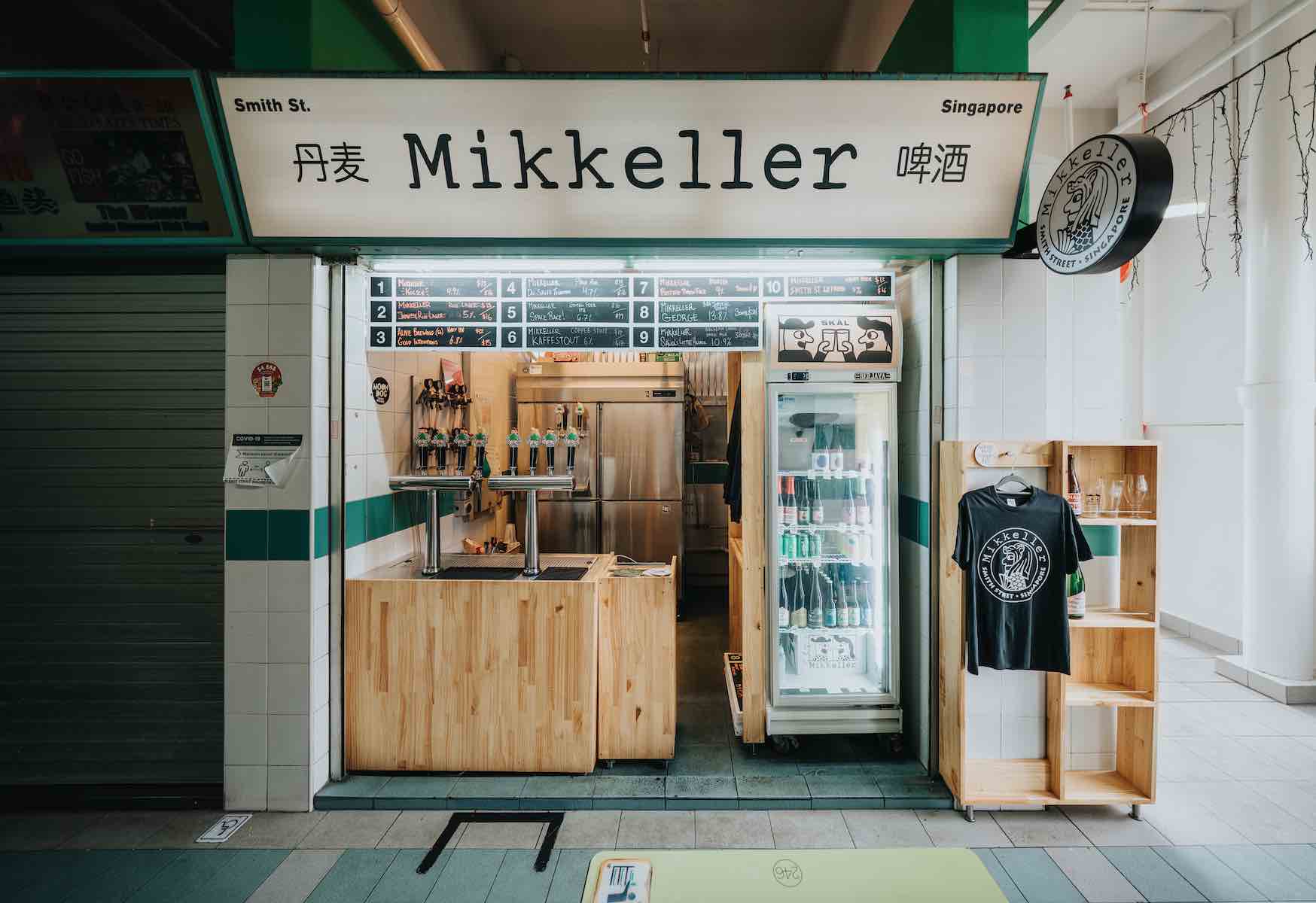 “Smith Street Taps remains a place for people to discover and enjoy well-crafted beers. We’re excited to be working with Mikkeller, a brewery known for its experimental and novel brews, with the added bonus of Chinatown’s famed hawker fare,” says Kuok. 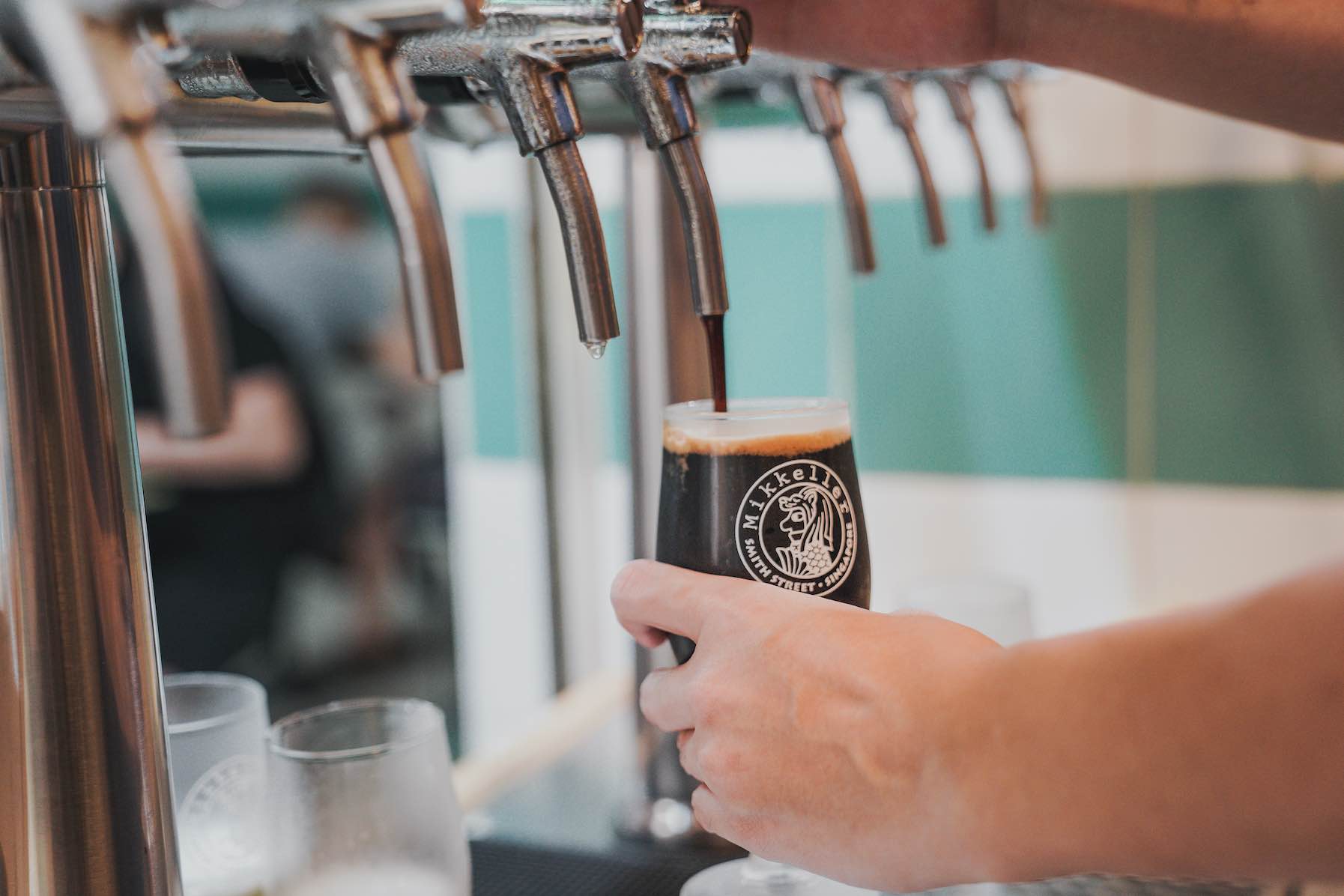 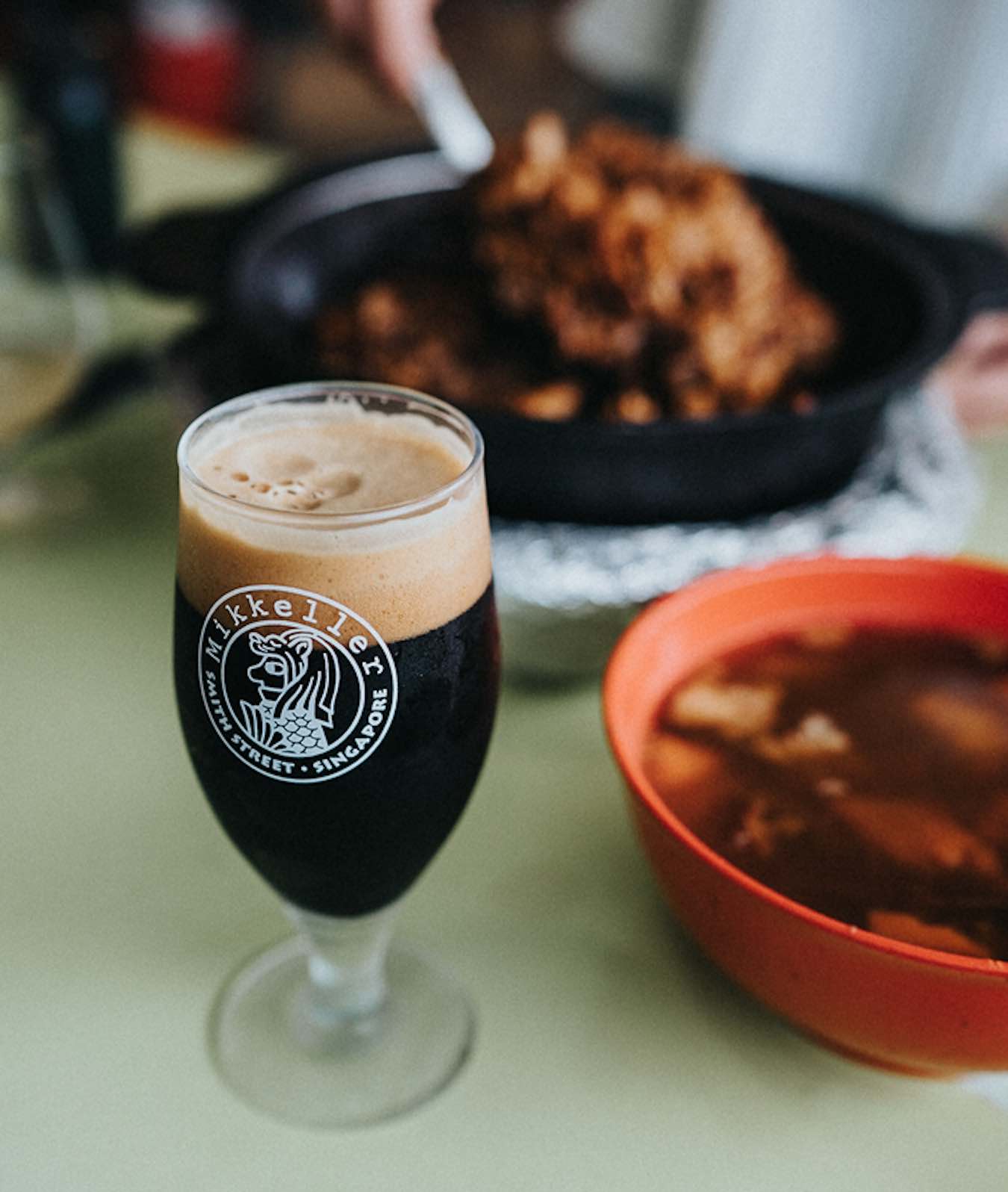 “I am excited for Mikkeller to open up at this unique location in Singapore and to work with our new great partner to bring our beers to locals. Hawker stalls and street food is a part of Asian culture that I really love. This is a fun and novel environment for us, and will be a good addition to our other locations in South East Asia,” says Mikkel Bjergsø, Mikkeller’s Founder and Chief Creative Officer. 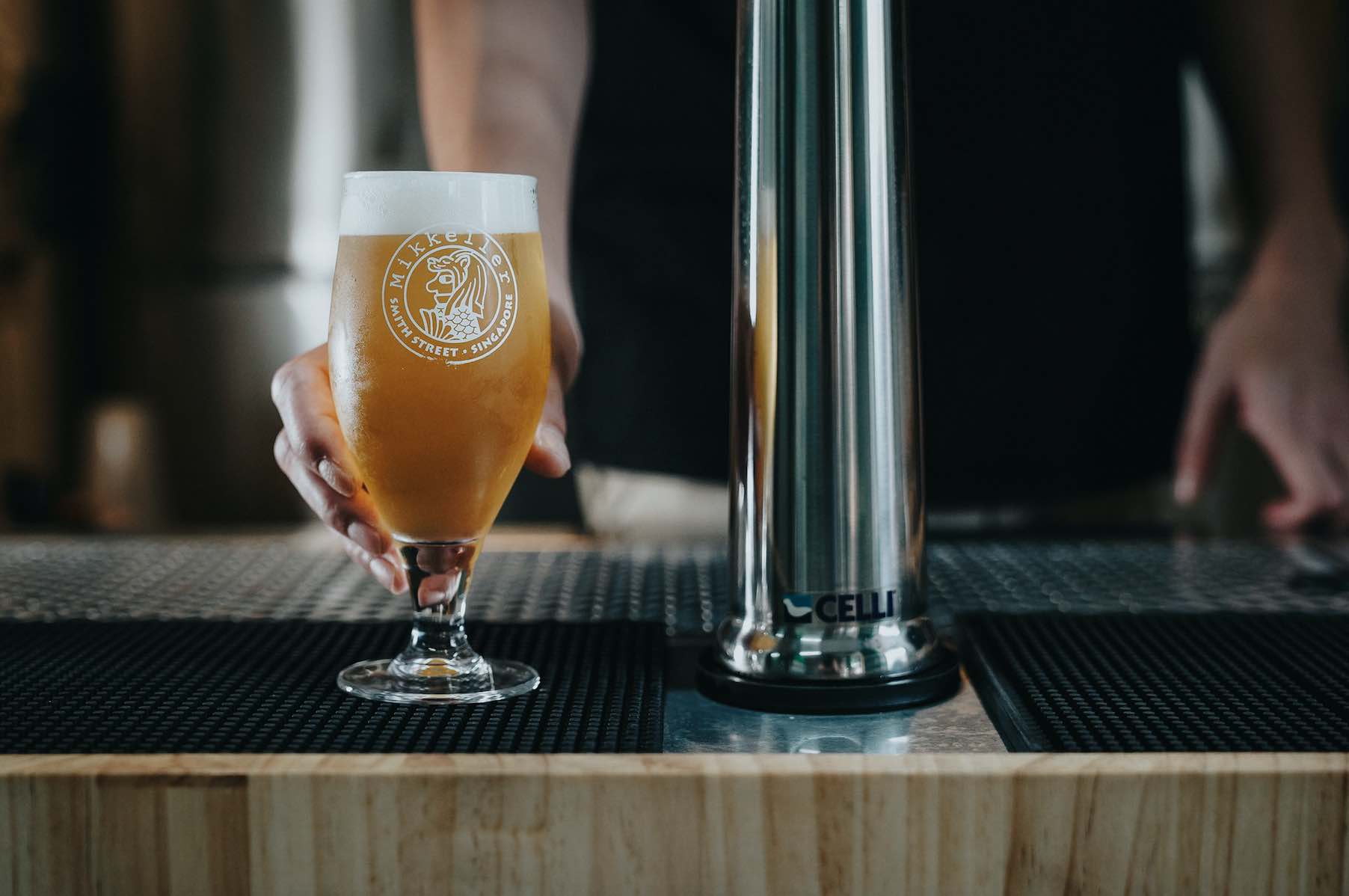 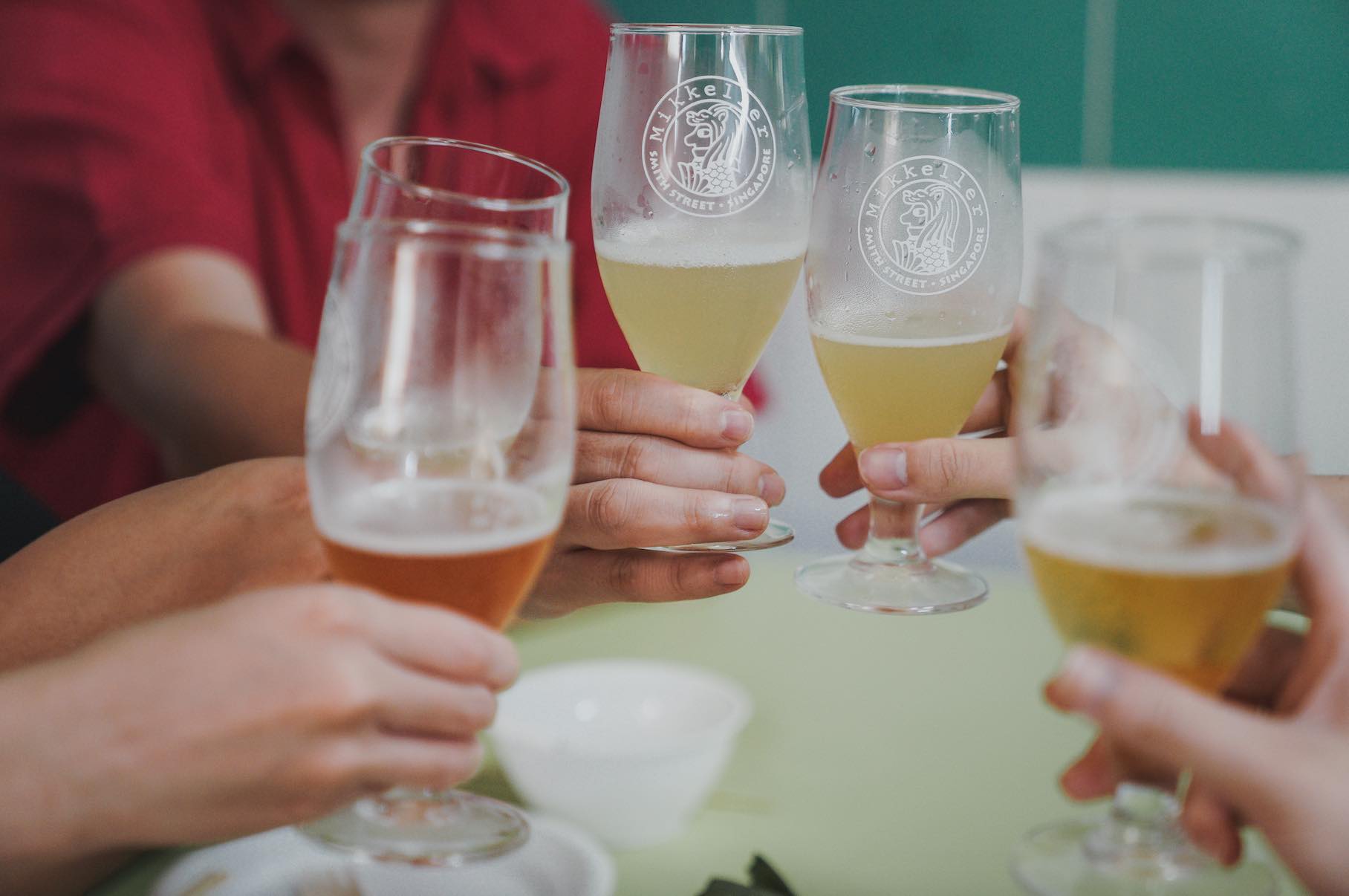 Set within the Green Zone, the six sqm (65 sq ft) stall draws on Scandinavian aesthetics and playfully works around the spatial and aesthetical restrictions of a hawker centre. YeoGray Design Studio pairs green square-tiled walls and flooring with light wood and clean lines. Both the signboard and chalkboard menu display pay homage to the signature Mikkeller style adopted by Mikkeller bars around the world. Highlights of the opening tap list include Do Stuff Together (4.9% ABV), a hazy New England pale ale brimming with tropical and citrus fruits, and the quaffable Japanese Rice Lager (5% ABV) with its citrus, hay and jasmine-like notes.

The Space Race Gluten Free Hazy IPA (6.7% ABV) comes jam-packed with hops for a hazy glow and a ripe, tropical fruit basket of flavours that will please both the gluten-tolerant and -intolerant alike. Dark beer lovers can look forward to the Kaffestout (6% ABV) for its deep roasted coffee notes matched with a velvety mouthfeel.

With 10 rotating taps and a well-stocked list of packaged beers, Mikkeller Bar Singapore will see more specials from Mikkkeller’s breweries in Denmark to San Diego, as well as breweries that are friends with the brand. Highlights in the coming weeks include the imperial oatmeal stout Beer Geek Fudgesicle (12% ABV) brewed with cocoa, vanilla and butterscotch, the Spontan series of spontaneously fermented sour ales aged in oak barrels (from one to three years), and highly sought-after brews from Vermont’s Hill Farmstead Brewery. 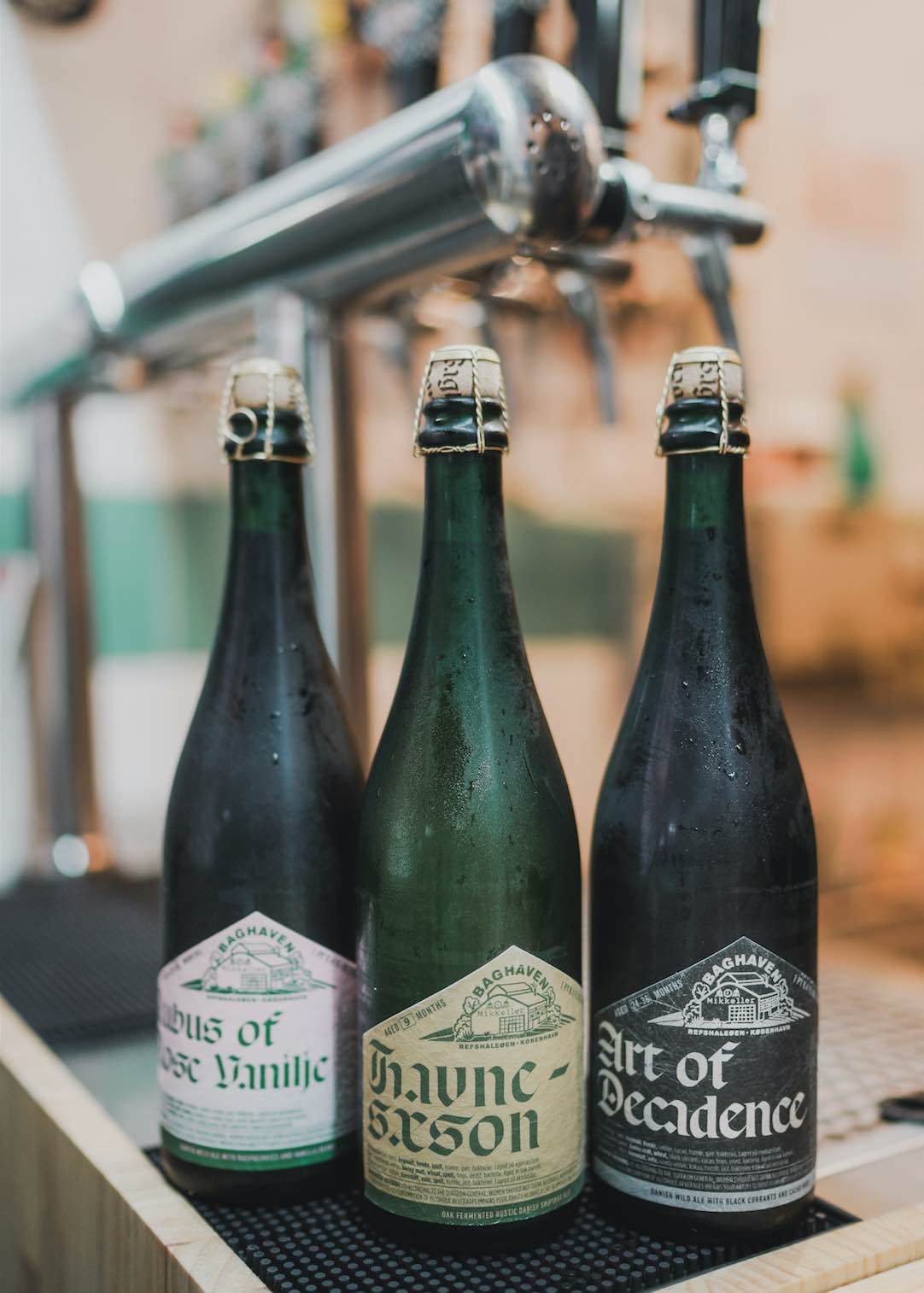 With the launch of Mikkeller in Singapore, the local chapter of Mikkeller Running Club (MRC) continues its tradition on the first Saturday of the month. The first run will commence on 6 March 2021.

Established in 2014 with the philosophy that enjoying great beer and doing a bit of physical activity can help members find balance in life, it boasts various routes, pace and distances suitable for all types of runners. Participants are also rewarded with a complimentary beer at Mikkeller upon completing the run.

Across Asia, Mikkeller operates bars in Bangkok, Tokyo and Seoul and will soon open a second location in Shanghai.