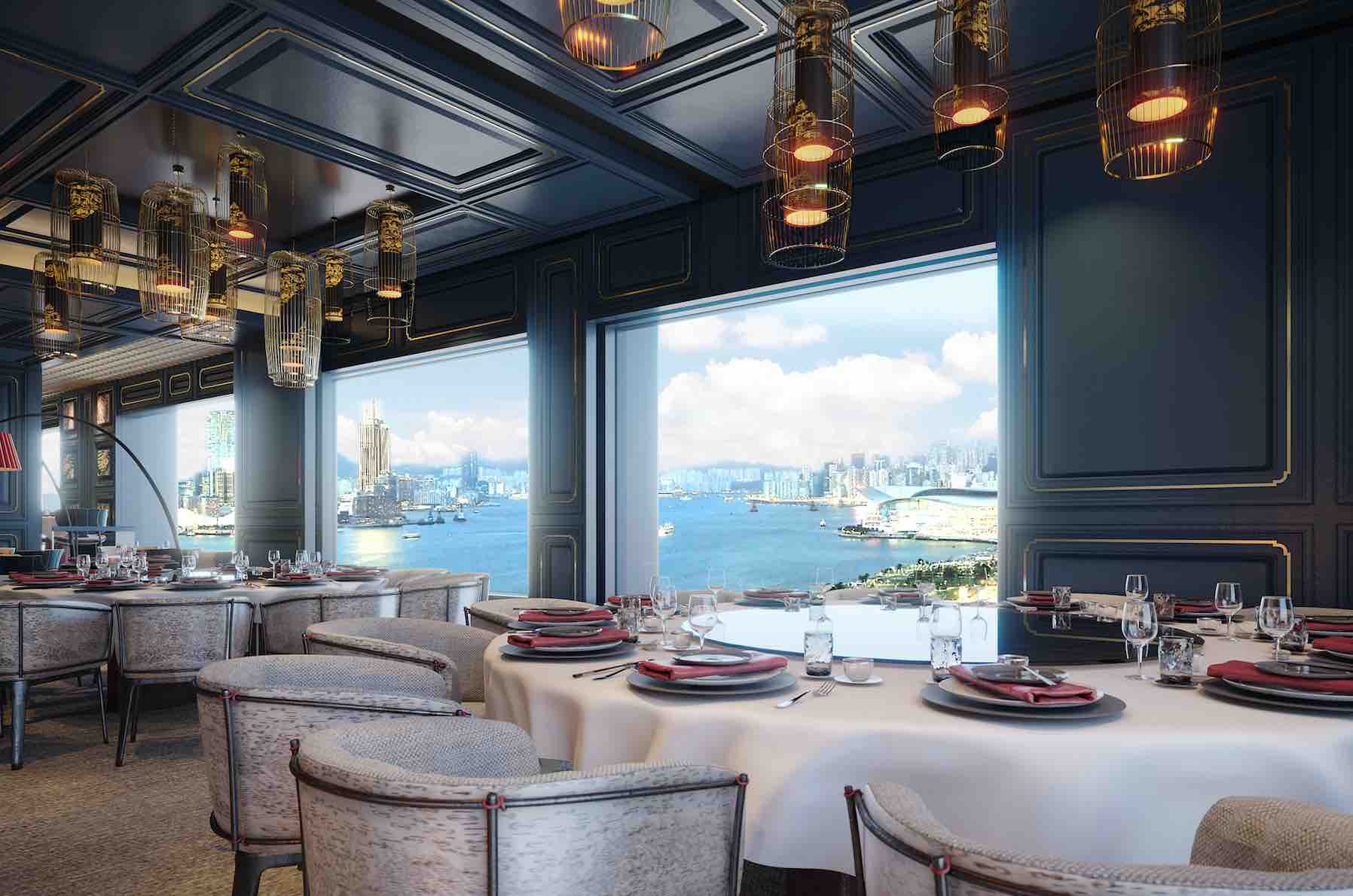 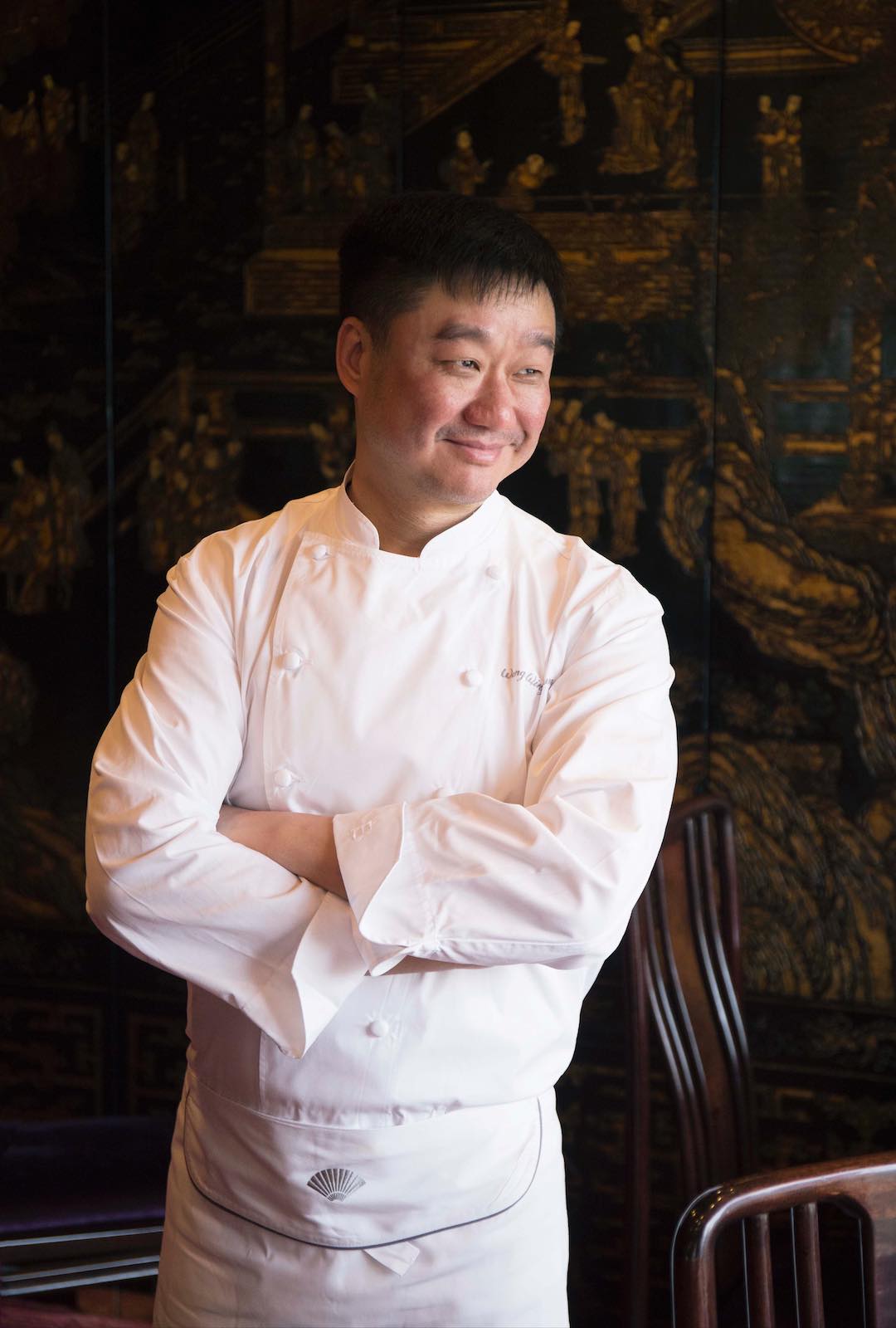 Deep-fried Matsutake Mushroom Pudding (HK$ 360 for six pieces), also known as guo-ja, can be traced back to the veritable Qing Dynasty epicurean Jiang Taishi. In lieu of chicken testicles used by the former, Chef Wong has developed a vegetarian rendition, employing highly prized Japanese matsutake mushrooms, egg yolks and cornflour to make an intensely aromatic soup that is frozen and then deep-fried. Presented with a golden but delicate exterior, each bite bursts to reveal smooth and tender redolent custard that has an earthy, pine-like fragrance. 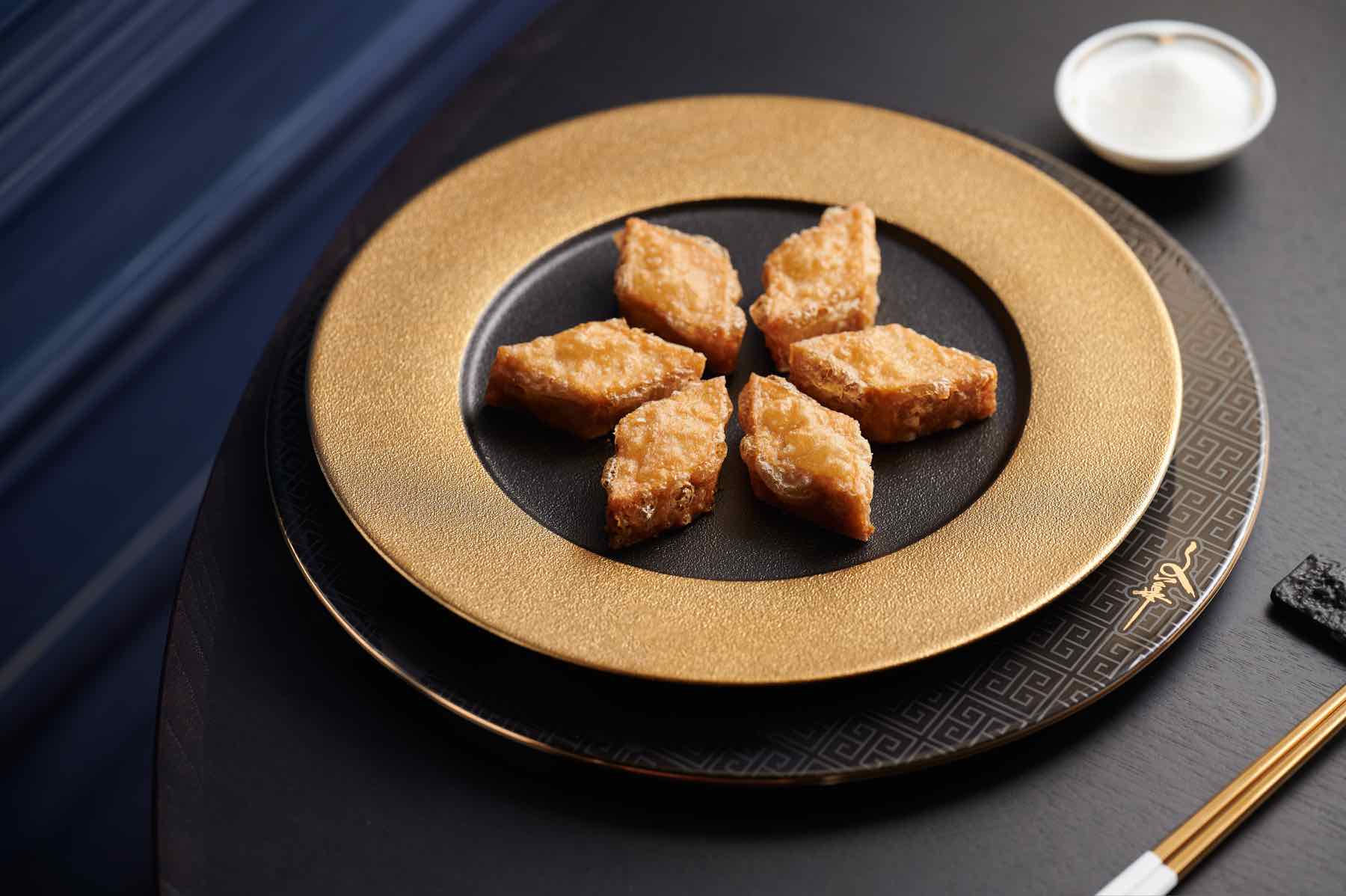 A technically demanding delicacy that is vanishing from the city’s eateries specialising in siu mei, which means roasted meats, Chef Wong’s Classic Barbecued Duck Feet Roll (HK$ 168 per piece) was inspired by a request from a regular guest. During the restaurant’s closure for renovation, Chef Wong set off to learn the culinary tradition of this particular dish from a group of older generation chefs. His refined interpretation sees deftly deboned duck feet, barbecued pork, pork belly, marinated chicken liver and taro wrapped in duck intestine, roasted and sliced into medallions of contrasting textures and flavours. Due to the time-consuming preparation, this must be pre-ordered 24 hours in advance. At the same time, diners will delight in new Man Wah signature dishes including the following:

Stewed White Fish Maw, Superior Soup (HK$ 528) is an ode to two Cantonese traditions – broth, a nourishing staple for every meal, and hoi mei, dried seafood which is an essential ingredient. A ubiquitous staple of Chinese restaurants, Man Wah’s version highlights white fish maw for its medicinal value and gelatinous yet delicate texture. The fish maw is poached in a superior collagen soup, made by simmering chicken, pork leg, pig trotter, duck, chicken feet and a pinch of saffron simmered over 12 hours.

A dish often eaten during Hakka celebrations, Braised Pork Belly, Taro (HK$ 168) pays tribute to the dying art of village cuisine. Chef Wong has taken this recipe and refined it for the modern palate. Taro planks are first deep-fried to ensure the root vegetable retains its structure during the braising process. Pork belly is submerged in boiling water for 40 minutes then brushed with soy sauce and dark soy and deep-fried until the skin is rendered crispy. The taro and pork belly slabs are then stacked together, cloaked in fermented red tofu sauce and steamed together to allow the fat and juices of the pork to seep in as well as flavour the taro. 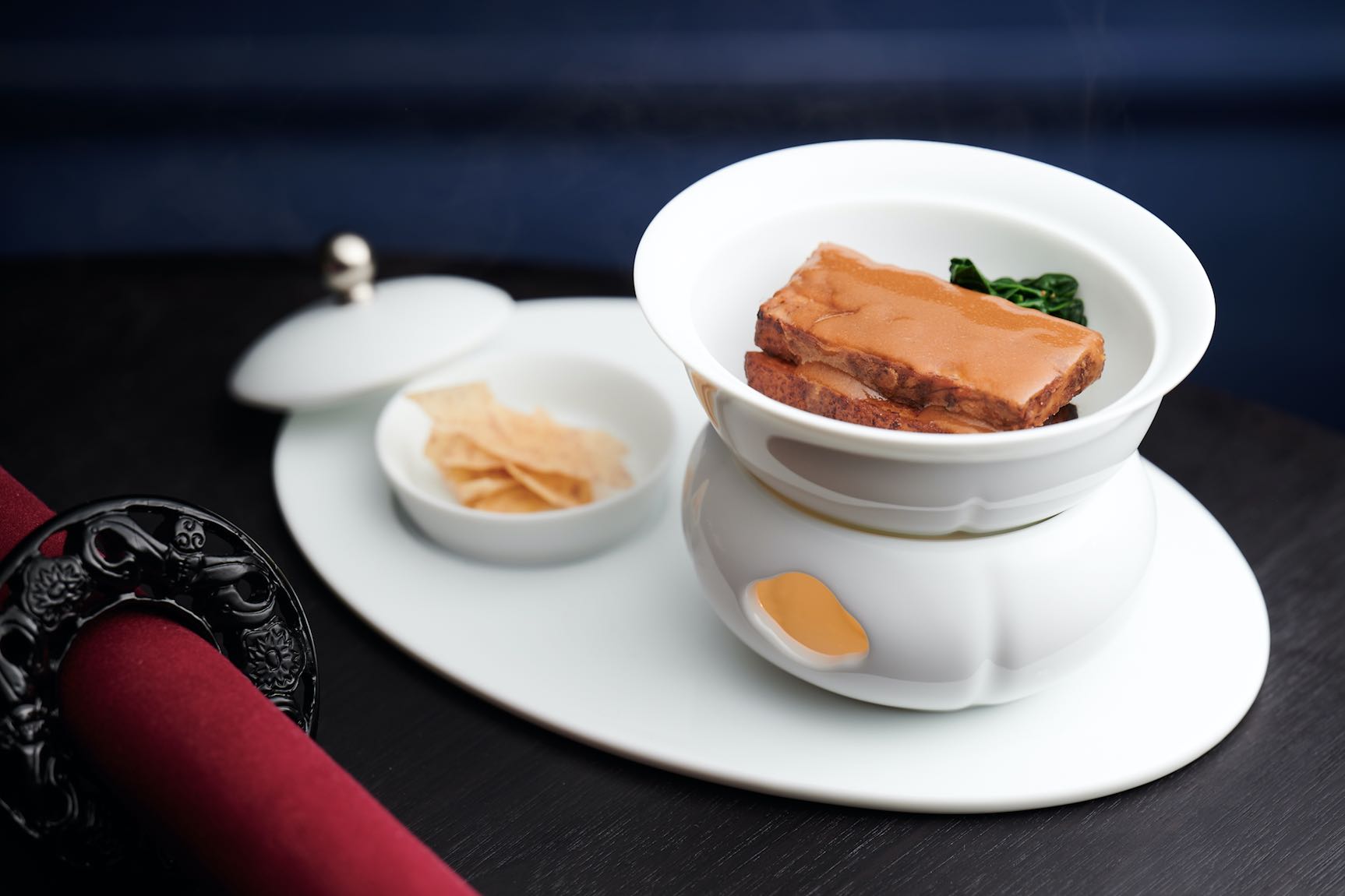 Baked Lobster, Superior Fish Broth (HK$ 588) sees grouper bones boiled for three hours to create a rich stock that enhances the inherent umami of the lobster from Hong Kong. Taking inspiration from the use of freshly shaved truffles in Western cuisine, Chef Wong puts a modern spin on karasumi, Japanese dried and salted mullet roe. French caviar is dehydrated, rolled and frozen overnight, then shaved over the dish tableside for an added delicate brininess while sake-marinated salmon roe finishes the dish with pops of fresh salinity. 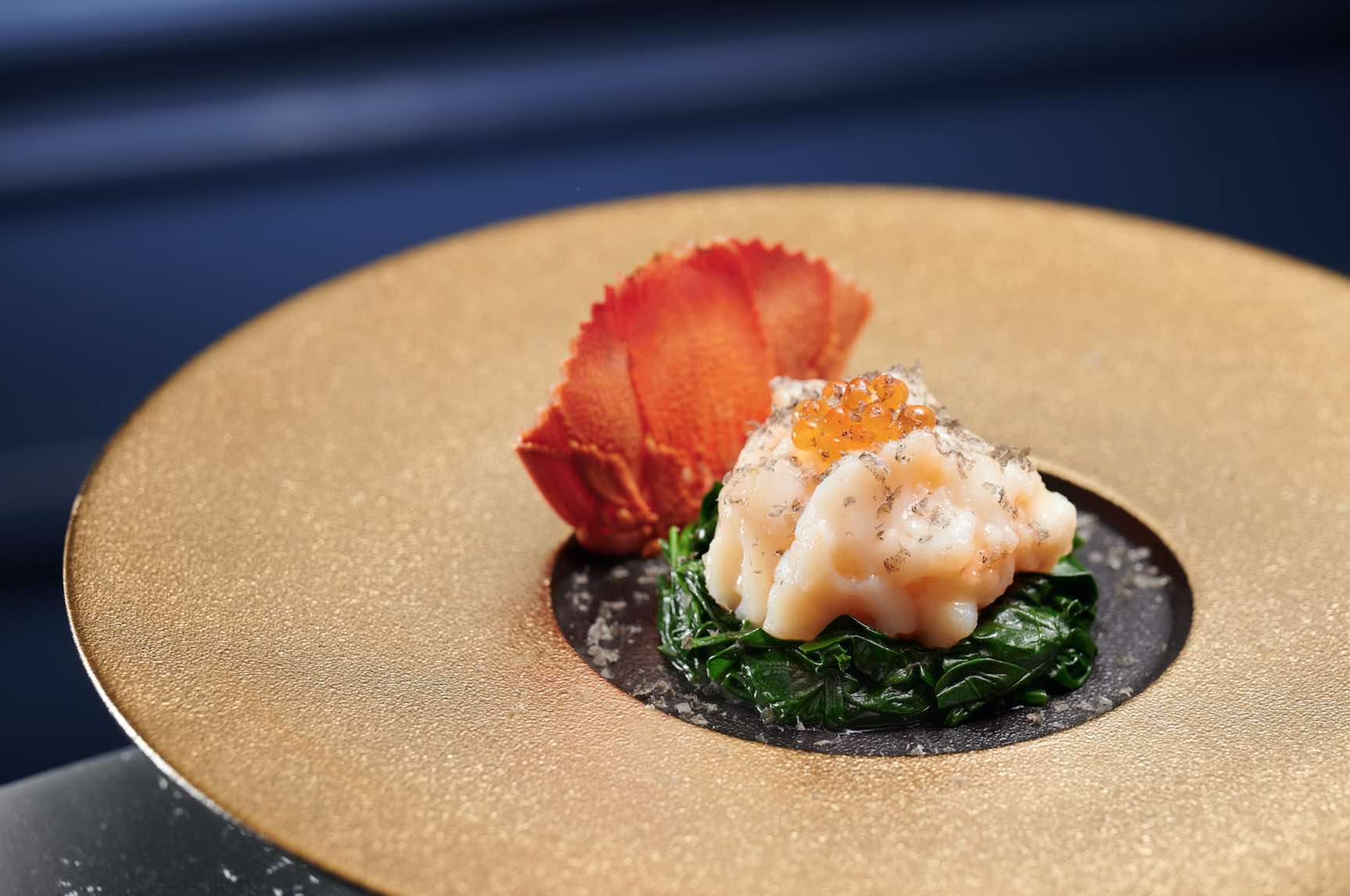 The Pan-fried Scallop and Bean Crumb (HK$ 198) features a succulent scallop from Hokkaido, Japan, lightly seared and garnished with sweet, crunchy soybean crumbs from Fujian province in China. This ingredient is often favoured in Chinese fish cookery for its toasty, nutty notes. Drawing influence from the Nordics, a dab of garum of fermented scallop skirts brings complexity to the dish. 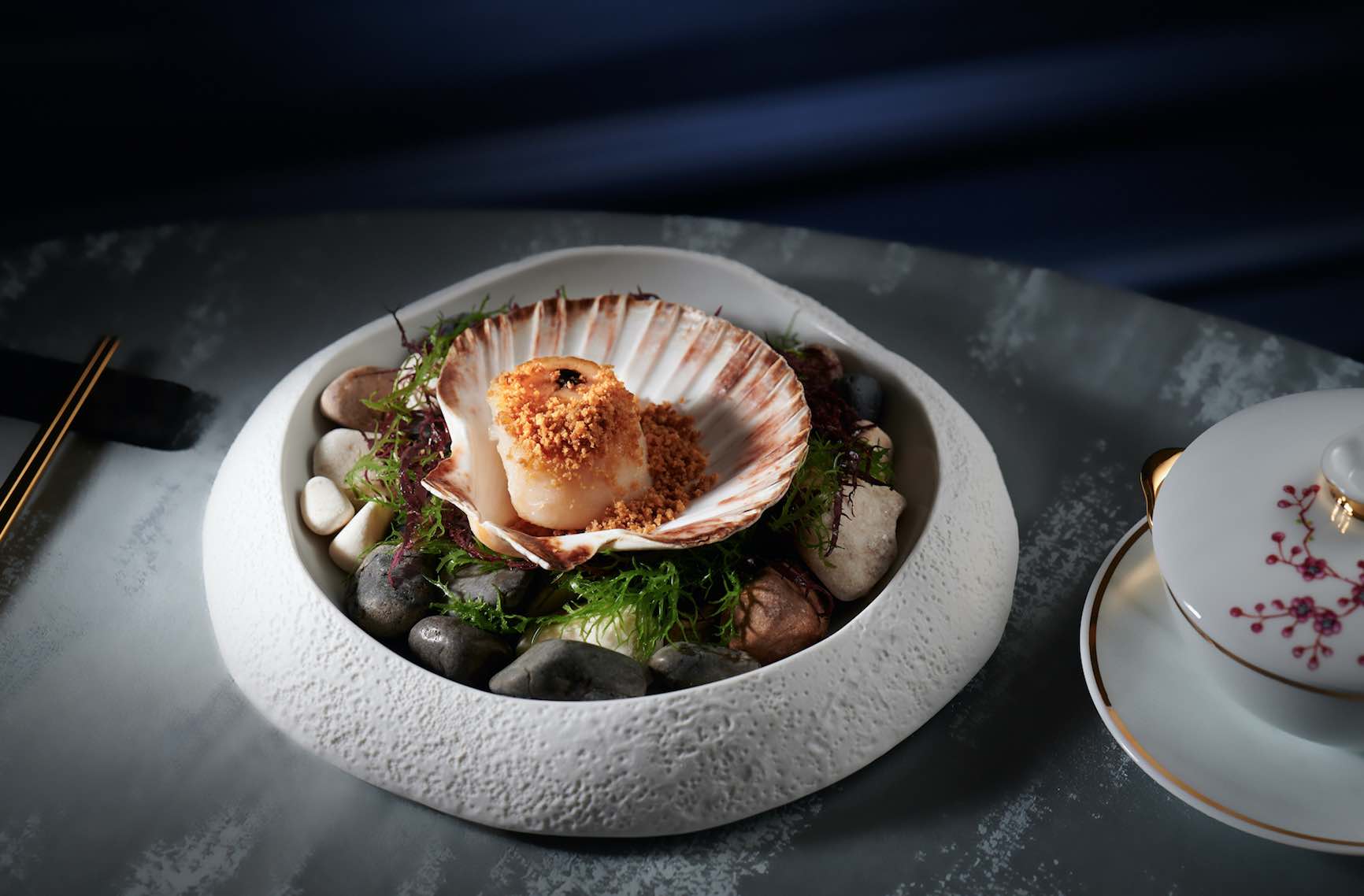 Man Wah will also offer a comprehensive beverage programme and diners can opt for wine and tea pairing. Highlights include a house-made blend of wild chrysanthemum oolong tea which uses a slow drip method, and is distilled one day in advance and served as a refreshing welcome drink for all guests to cleanse the palate before the meal. Along with an extensive collection of premium and rare teas, a sparkling signature blend of Chinese rosella, Earl Grey and strawberry green tea can also be enjoyed, which is cold brewed for 18 hours.

Established and rising China-grown wines and spirits will be featured together with handcrafted fruit-infused rice wine as well. Guests will delight in original aperitifs including a baijiu cocktail which combines lime and tonic with the traditional Chinese spirit, offering a refreshing balance of flavours.

A back-lit square grid ceiling covers the main dining room to accentuate the sparkling cityscape, while the walls are decked in dark azure lacquered panels inlayed with brass. Chinese embroidered art panels, framed artwork and delicate embellishments impart a sumptuous elegance to the dining experience. The intricate layers of blue and gold hues in the hand-woven carpet mirror the rippling water of Victoria Harbour. 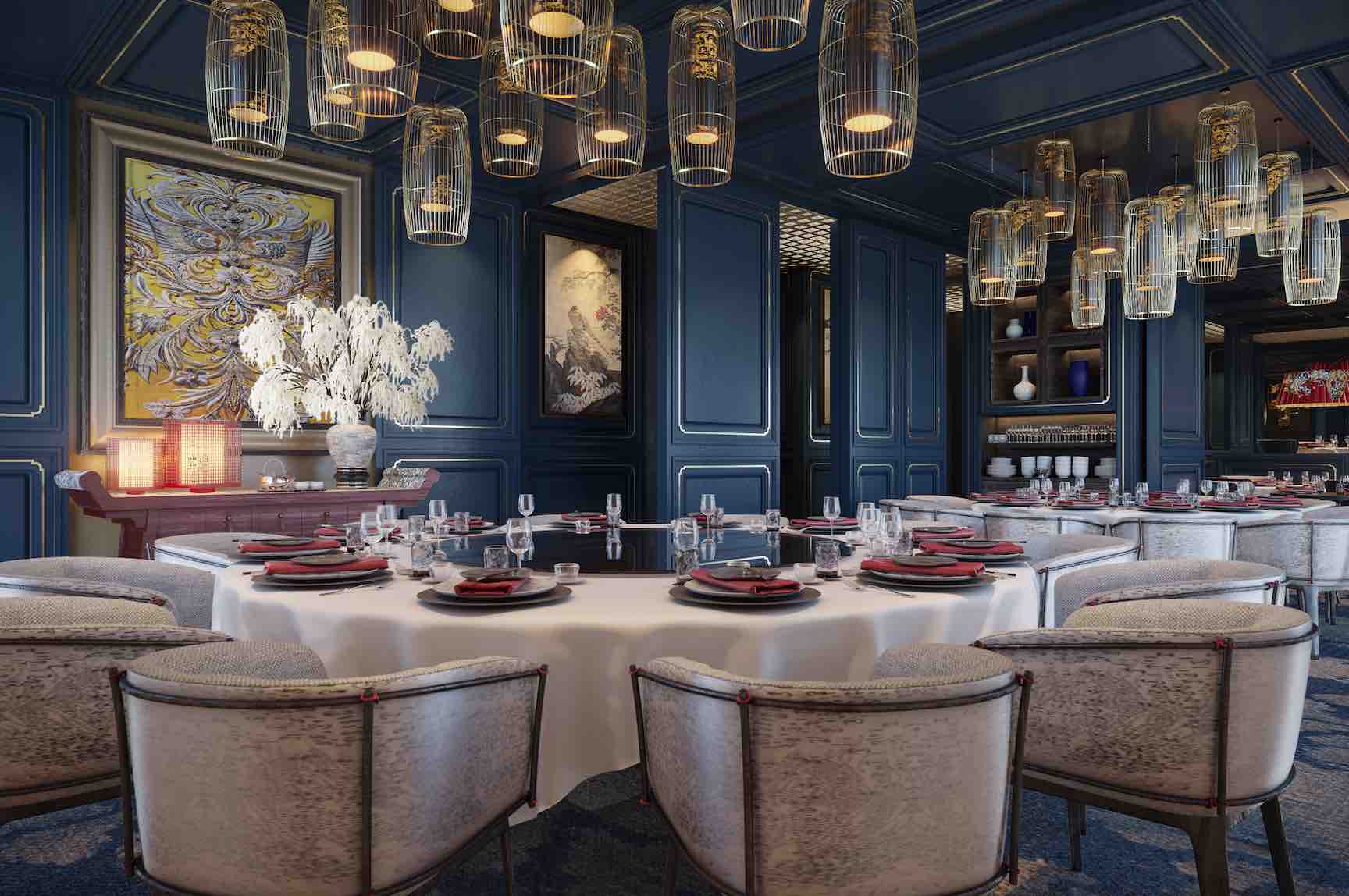 Man Wah seats 92 guests in total, including a private dining room which has the capacity to accommodate 32 and can be divided into two separate rooms.