Equipped with state-of-the-art virtual reality (VR) headsets and controllers, the VR Gallery invites you to encounter unique immersive experiences from some of the world’s most renowned artists, museums and film festivals. Opening as part of ArtScience Museum’s 10th-anniversary programme, the VR Gallery launches with a presentation of virtual reality artworks by three of the world’s best known contemporary artists – Olafur Eliasson, Marina Abramović and Anish Kapoor. 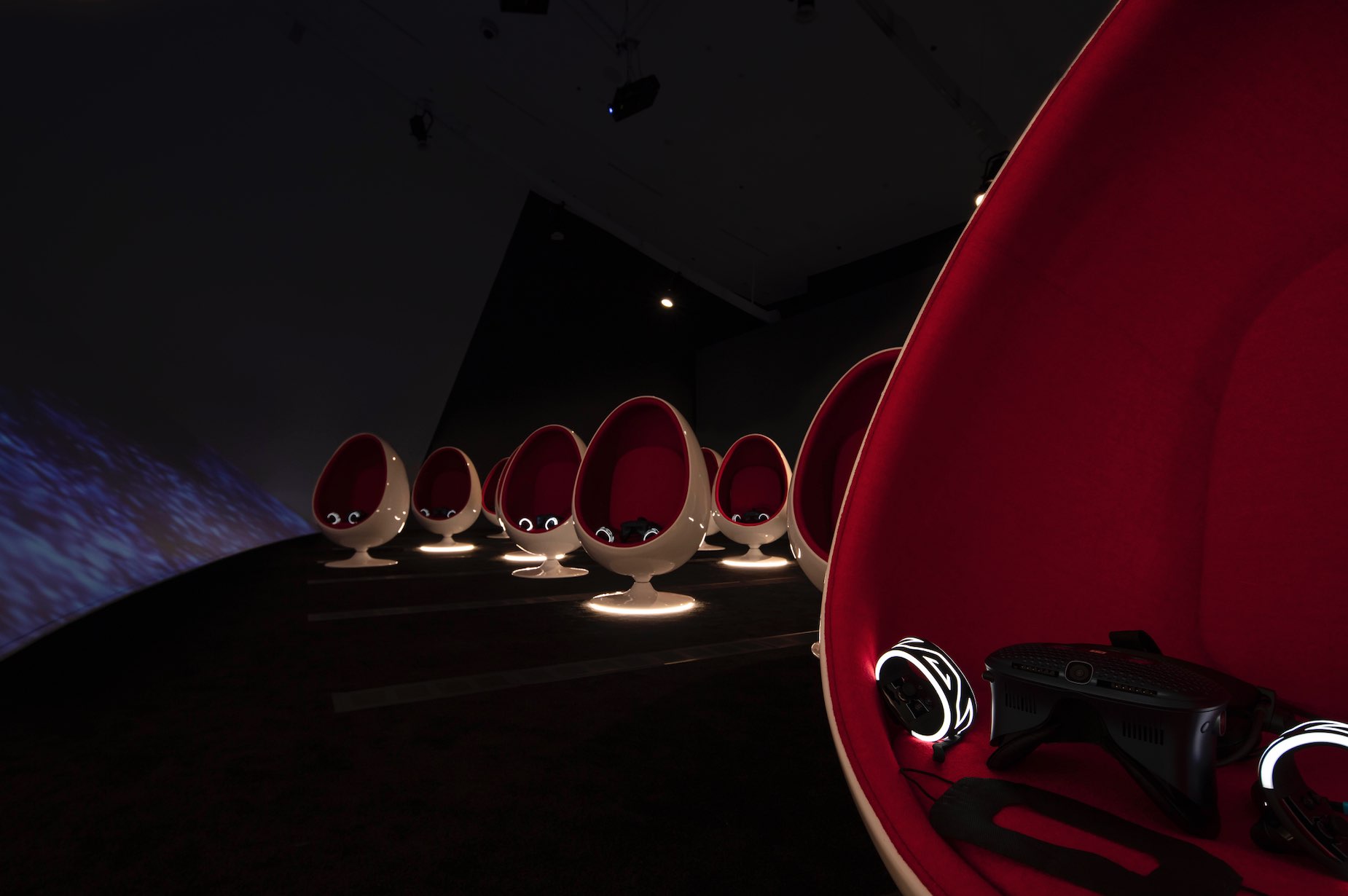 “At ArtScience Museum we believe that new technologies such as virtual reality and augmented reality enable museums to create pioneering new experiences for audiences. Our new VR Gallery at Level 4 is one of the first of its kind in Southeast Asia and will present a rolling programme of cutting-edge virtual reality works by artists, filmmakers and scientists. Building on the success of our award-winning projects, Into the Wild and REWILD Our Planet, the new VR Gallery underscores ArtScience Museum as a destination for groundbreaking immersive experiences,” said Honor Harger, Executive Director of ArtScience Museum, Marina Bay Sands. 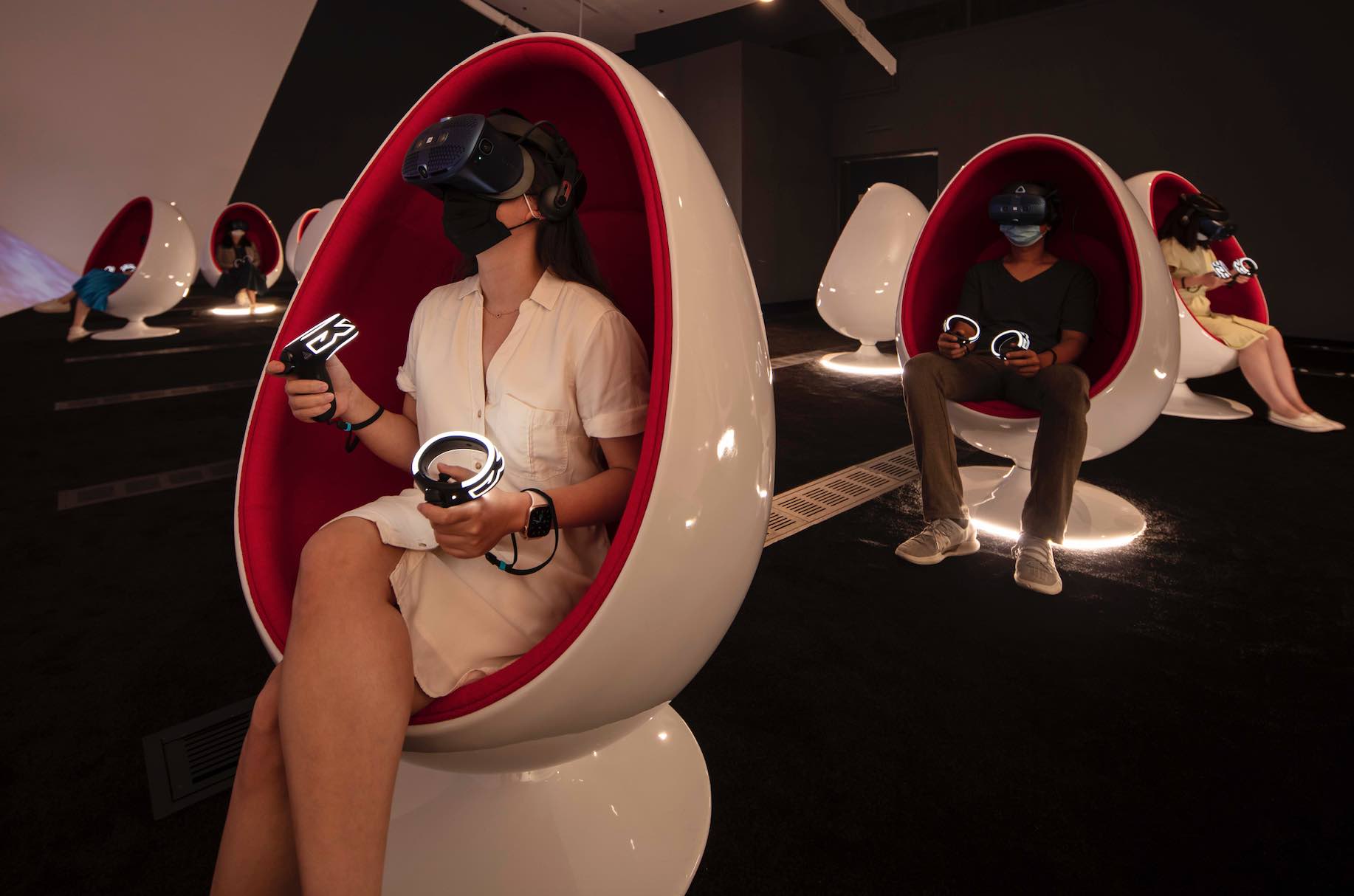 Headlining the launch of the VR Gallery is a programme called Hyperrealities. It brings you on an exhilarating journey into the brilliant minds of three artists who have consistently pushed the boundaries of contemporary art practice. Olafur Eliasson, Marina Abramović and Anish Kapoor explore topics such as nature, climate change and the human body in their first forays into virtual reality.

Hyperrealities is presented in collaboration with Acute Art, an organisation that produces and exhibits compelling visual artworks that use virtual reality, augmented reality and mixed reality technologies.

“Today’s immersive technologies, virtual reality and augmented reality, will change and expand the ways we experience art. I think the potential is great and that these tools will be essential to a new artworld. Will these technologies even change art itself, just like photographic techniques and mass distribution once altered our understanding of what an artwork can be? There is no doubt to me that artists will continue to explore the perceptual and poetic possibilities of immersive spaces, and I am happy that ArtScience Museum in Singapore now presents the pioneering works we have produced with some of today’s most significant artists,” said Daniel Birnbaum, Artistic Director of Acute Art.

Art and science collide in the work of Olafur Eliasson. His diverse practice includes dizzying installations and sculptures that explore perceptions of light and colour.

In his first virtual reality artwork, Eliasson generates a digital version of a natural phenomenon that he has been fascinated with throughout his art career. In Rainbow (2017), viewers enter an immersive environment and encounter a majestic curtain of falling water. They are invited to move through the water attempting to experience a rainbow.

Just as a rainbow in nature only appears when light, water droplets, and the eye are in alignment, so Eliasson’s virtual rainbow can only be seen when the viewer’s movement produces a correlation between these three points. Its coloured light slips in and out of view, responding to the viewer’s body as well as handheld controls, which allow direct interaction with droplets as they descend. Rainbow is a delightful, multisensory treat that allows viewers to virtually drench themselves in falling showers, listen to the gentle trickle of water, and admire colourful prisms of light. Marina Abramović is a pioneer of performance art. In Rising (2018), she masterfully interconnects art with activism in a virtual reality artwork that communicates the terrifying effects of climate change on sea levels. 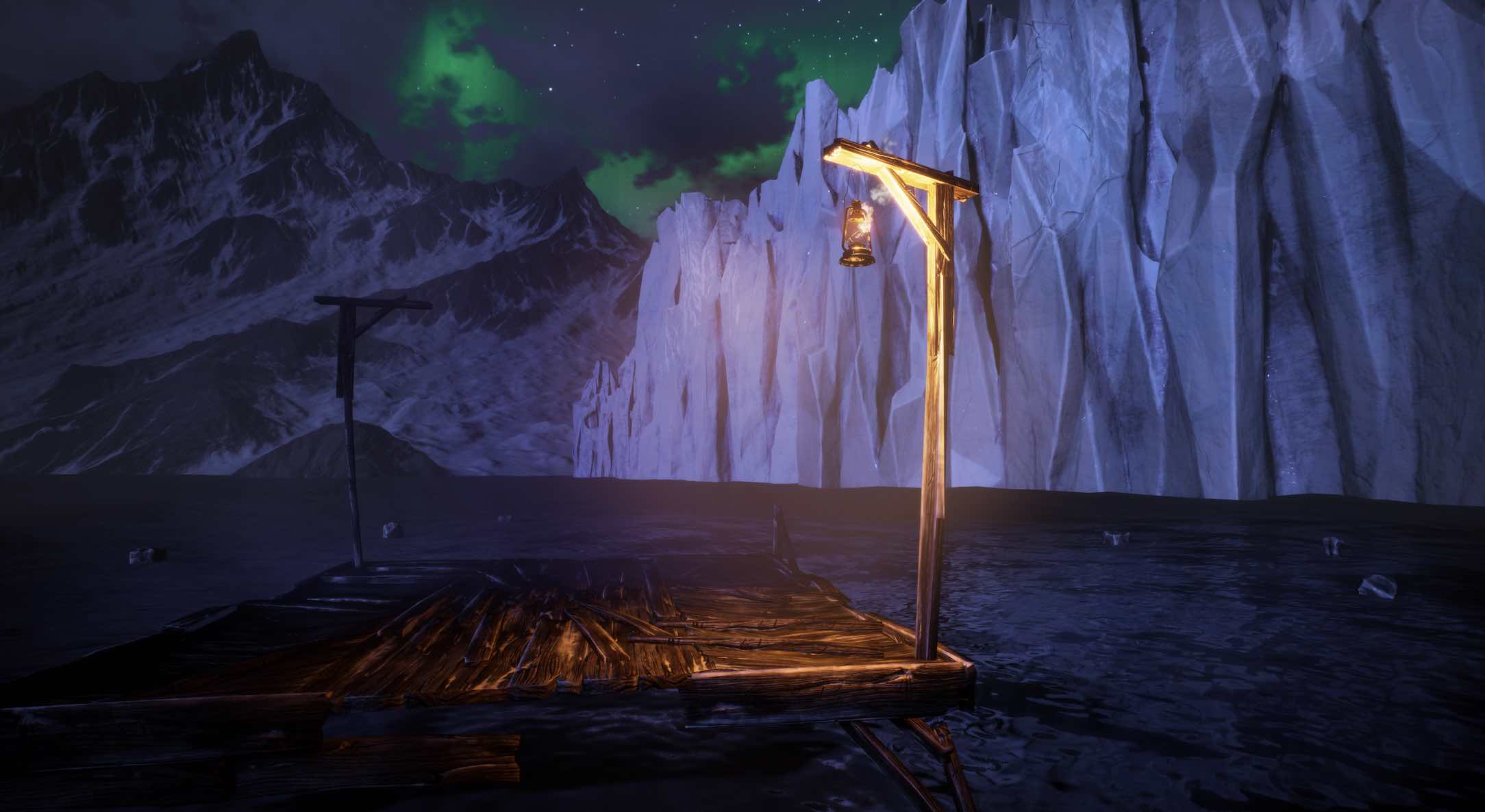 Wearing a VR headset, viewers enter an intimate virtual space, where they come face-to-face with the artist, who beckons from within a glass tank that is slowly filling with water. You are invited to interact with Abramović, as the water level rises. 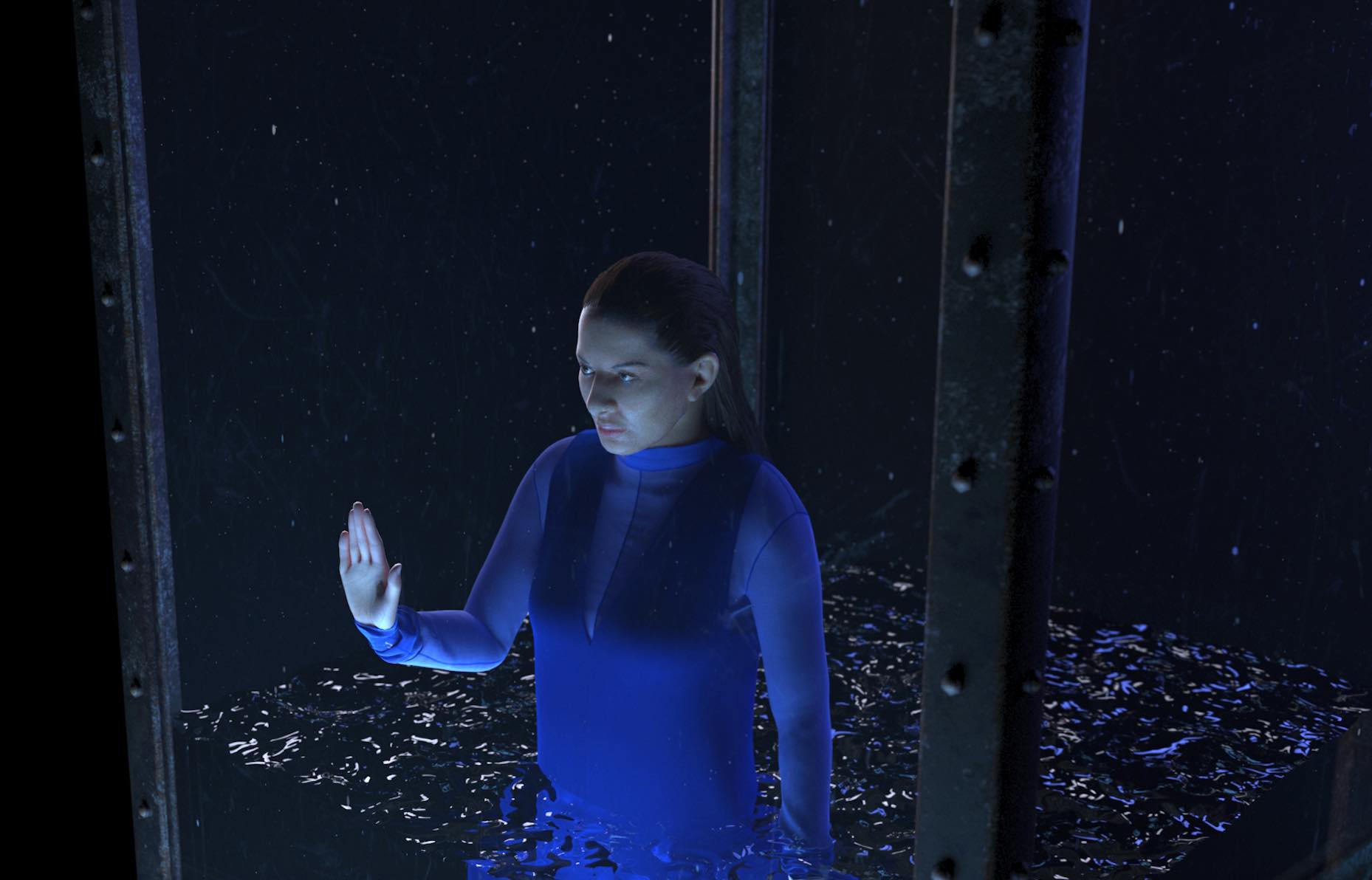 Premiered at Art Basel Hong Kong in 2018, Rising urges viewers to reconsider their impact on the world around them, where seemingly simple decisions can mean life or death.

Anish Kapoor is one of the most influential sculptors of his generation. Into Yourself, Fall (2018), is his first VR artwork. It takes viewers on a journey through the human body, inviting the audience to experience the sensation of falling into oneself via a VR headset. 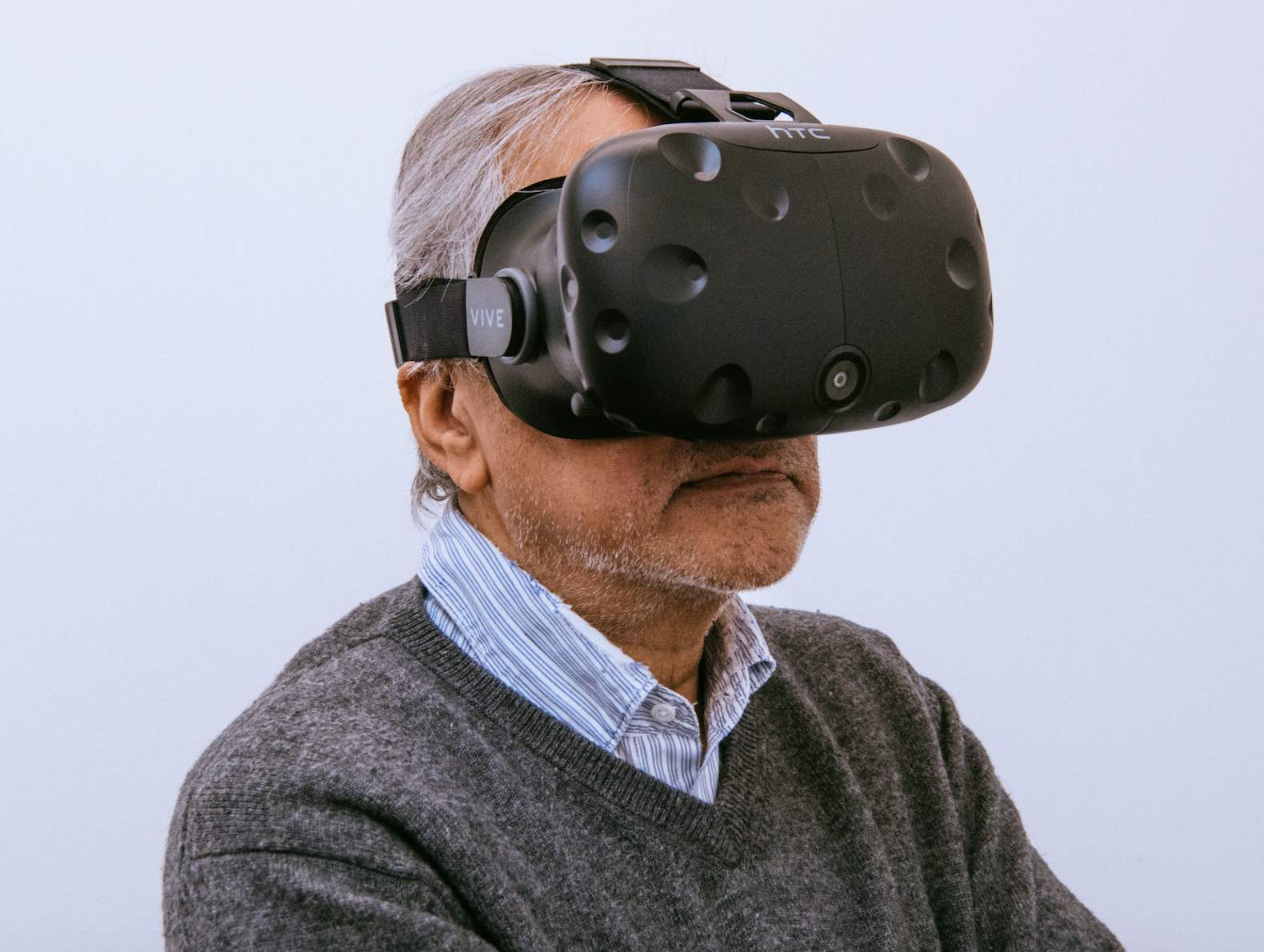 Starting in a forest scene in a clearing surrounded by trees, viewers encounter a large black void in the ground. They then travel through a series of tunnels with walls that appear to be made of sinewy flesh and muscle. With a soundtrack created by the artist’s son, Ishan Kapoor, the artwork invites you to lose themselves in another realm. Into Yourself, Fall simulates the disorientating experience of vertigo during a celebration of the labyrinthian, majestic inner workings of the self.

The artwork first premiered at Art Basel Hong Kong in 2018. 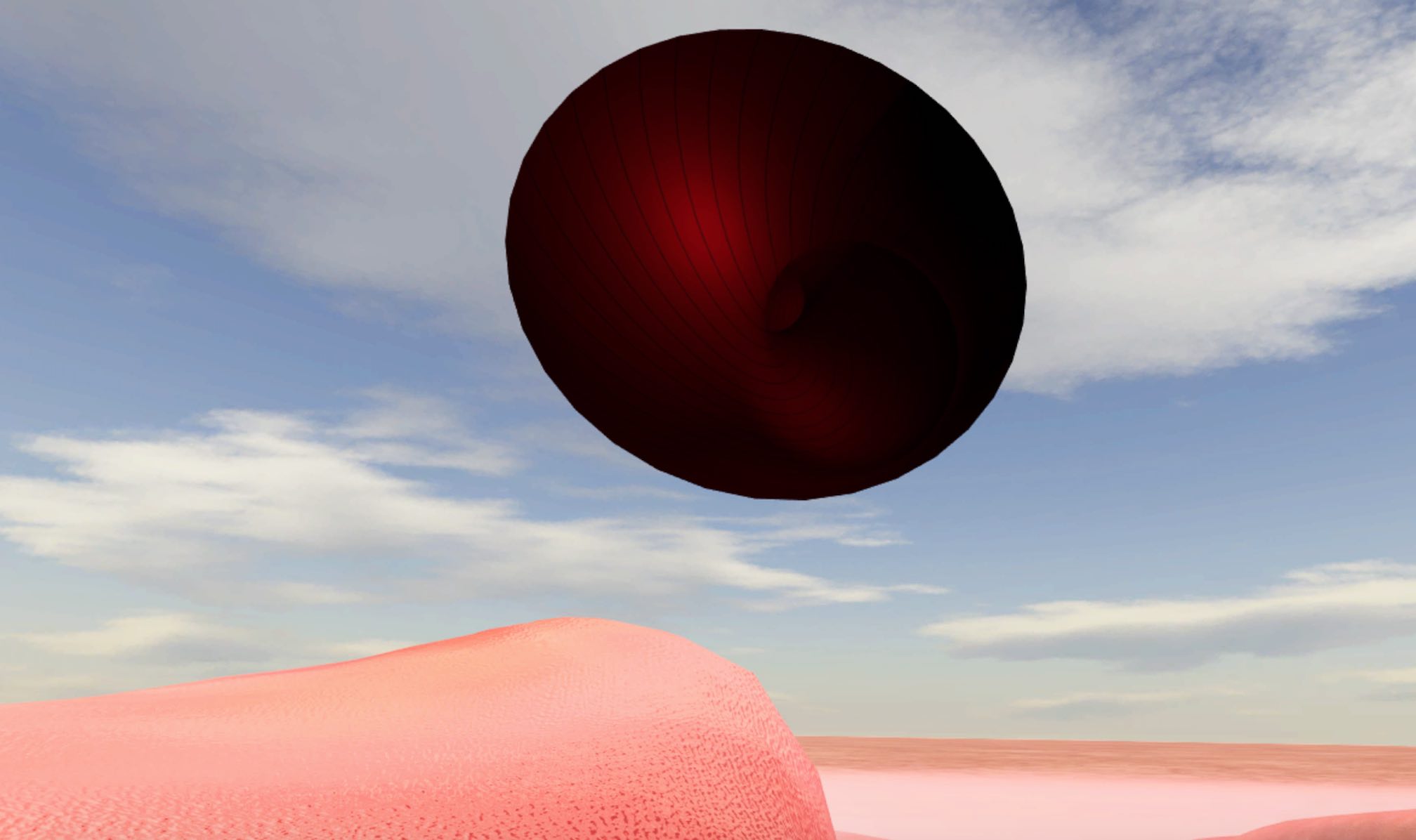 On 27 July 2021, Daniel Birnbaum, Artistic Director of Acute Art, will give an online presentation exploring the expanding role that virtual, augmented and mixed reality are playing in visual art. He will share the story of his collaborations with internationally renowned artists, such as Marina Abramović and Anish Kapoor, and discuss how Acute Art facilitated new works by artists who used immersive technologies for the first time.

Daniel Birnbaum is one of the world’s leading contemporary art curators. He was most recently Director of Moderna Museet in Stockholm before joining Acute Art in January 2019. In 2009 he was director of the 53rd Venice Biennale. He also curated the first Moscow Biennale (2005) and the second Yokohama Triennial (2008), as well as landmark shows at the Centre Pompidou in Paris, Gropius-Bau in Berlin and many other museums and galleries internationally.

Birnbaum’s talk will be live-streamed on ArtScience Museum’s Facebook and YouTube channels at 8pm, as part of the talk series, Expanded Realities. The Expanded Realities talks feature internationally renowned artists, technologists and storytellers who are creating new artistic projects using VR and AR.

Tickets are available for purchase from 1 July at all Marina Bay Sands box offices and website.

You are strongly encouraged to pre-purchase tickets online prior to their visit, due to limits in venue capacity and timed entry to the exhibition.

As part of the safe management measures, you are advised to adhere to all the precautionary measures implemented at ArtScience Museum including safe distancing between visitors seated in the pod seats. Hand sanitisation and the wearing of masks will be mandatory for all visitors before they enter the VR Gallery.

Each visitor will be also provided with a sanitised VR Headset, a disposable VR mask and a set of sanitised controllers. All contact surfaces and materials will be thoroughly disinfected after each session.

The Museum will also increase the cleaning and disinfection of the common touchpoints in the gallery to ensure the health and safety of its visitors. Later in 2021, visitors can look forward to more curated programmes of VR works ranging from short documentaries, films and performances.

For more information on the VR Gallery, visit www.marinabaysands.com/museum/exhibitions/vr-gallery.html.