There is never a better time to visit Japan and explore a special illuminating theme by rail this winter! Tobu Railway Co. Ltd, the biggest private railroad company in Kanto, Japan, offers routes to five special winter illumination events to spend the year-end holidays. Limited to the winter season, the displays start in late October and run until March 2017.

The light displays are located in areas along Tobu Railway’s massive rail network through Tokyo and four neighbouring prefectures. Travellers can make their way to Tokyo, Tochigi, Saitama, and Miyagi all within a day or overnight trip to witness the spectacular sights. The journey can start from Asakusa or Tokyo station.

This is the biggest illumination event in Kanto area with 3.5 million lights. It is recognised as a Japan night view heritage site where the entire park is decorated with colourful lights and one of the “Three Great Kanto Illuminations”. The “Miraculous Great Wisteria” is a reproduction of an enchanted wisteria trellis using illumination to present an impressive sight that looks like a real wisteria trellis swaying in the wind. 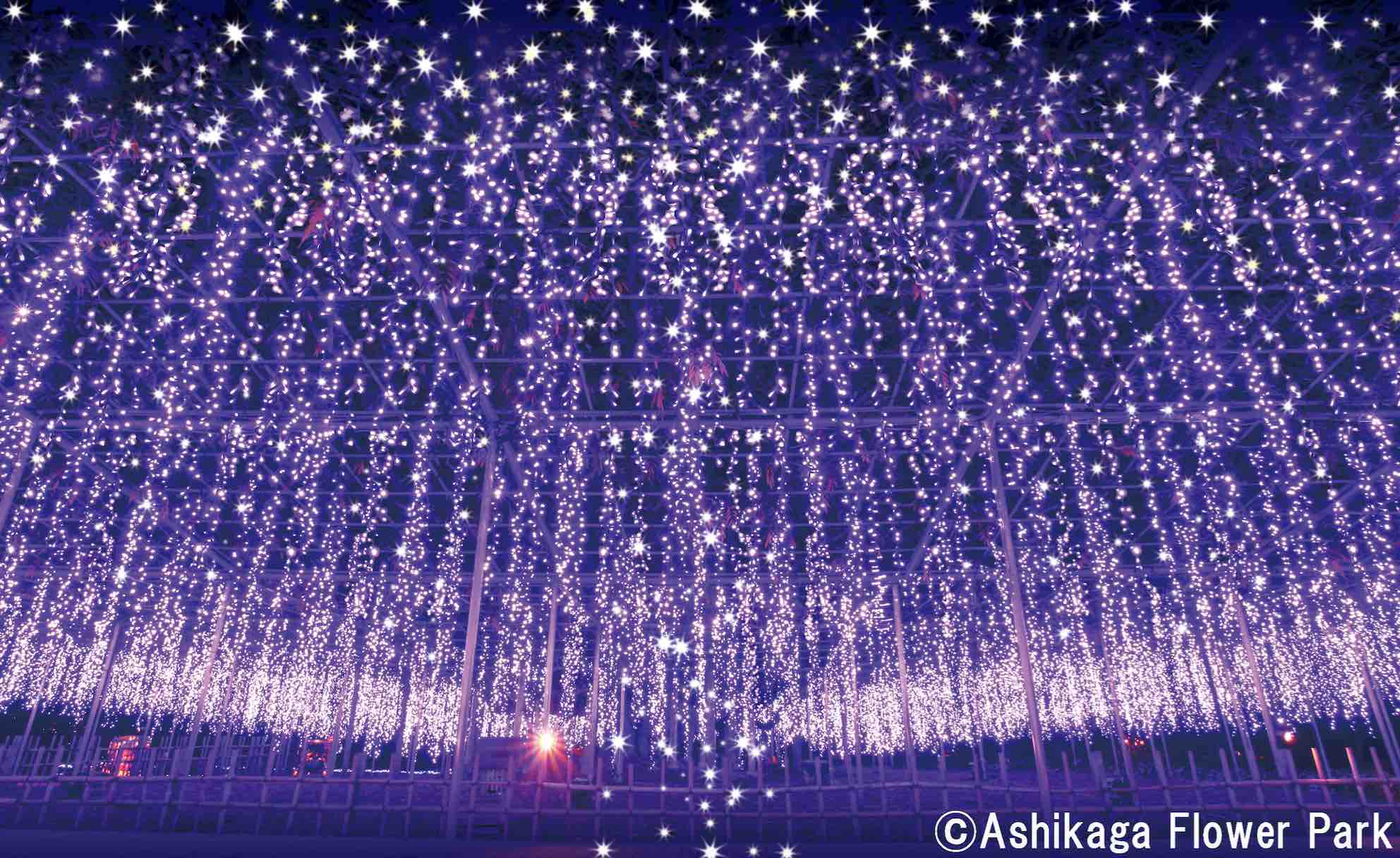 Furthermore, in addition to the “Light Rose” which has 5,000 roses and the “Light Wisteria” that befits the concept of a garden of light flower Garden, a “Light Water Lily” has been added this year. An aurora created using lights will also appear in the sky above the “Snow World” showing an image of the perennial children’s favourite, Santa Claus, flying across the sky. 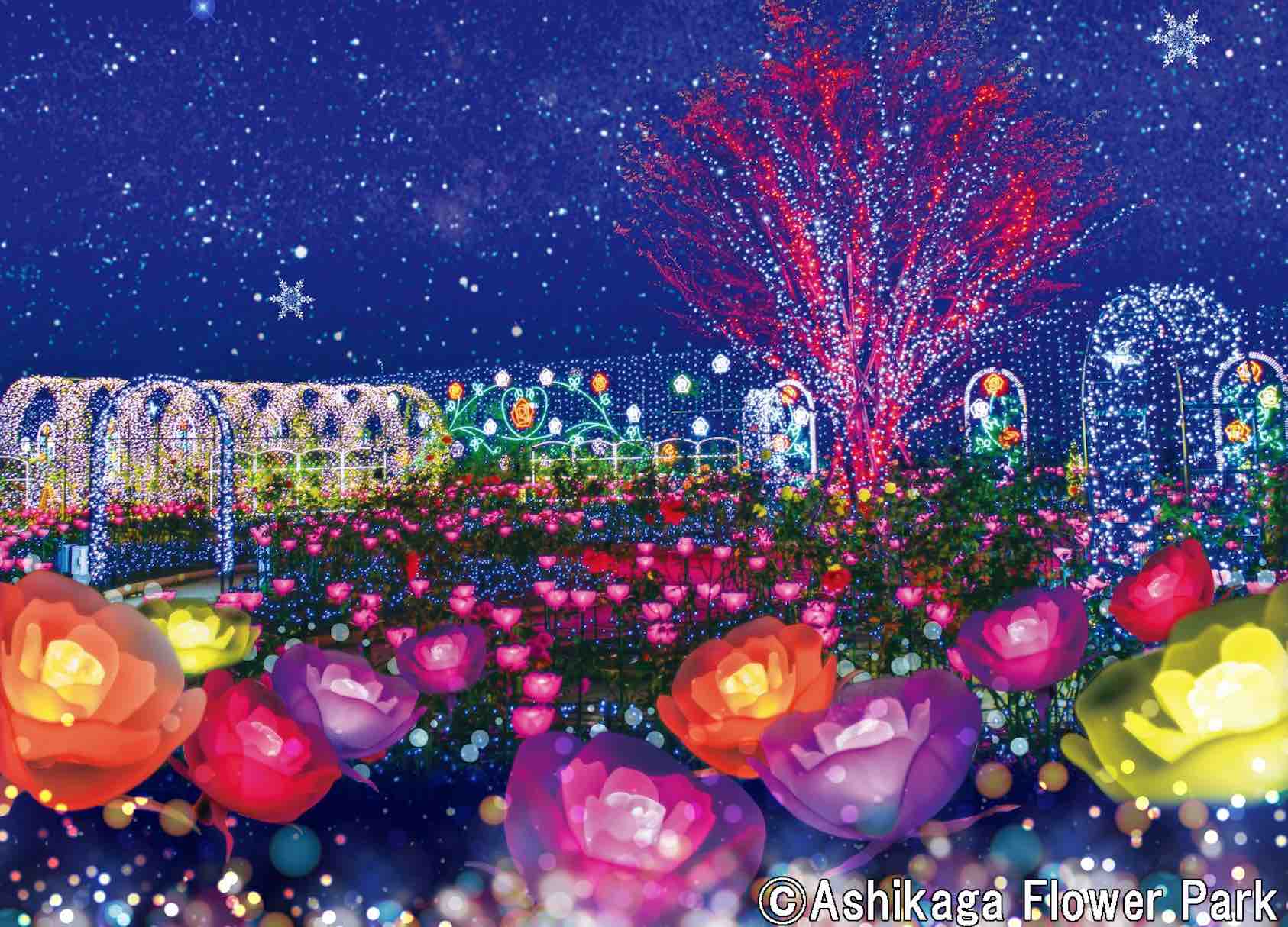 At Tobu World Square, 102 world-famous buildings from 21 countries are skillfully reproduced on a 1/25 scale, including 46 buildings registered as UNESCO World Heritage Sites. Every building will be illuminated this winter! Landmarks such as the world’s tallest tower TOKYO SKYTREE, the supertall skyscraper “TAIPEI 101” in Taiwan were added to the collection last year. The Eiffel Tower, Duomo in Milan and the pyramids of Egypt among many others will be lighted up simultaneously, creating a dream-like, fantastical setting. 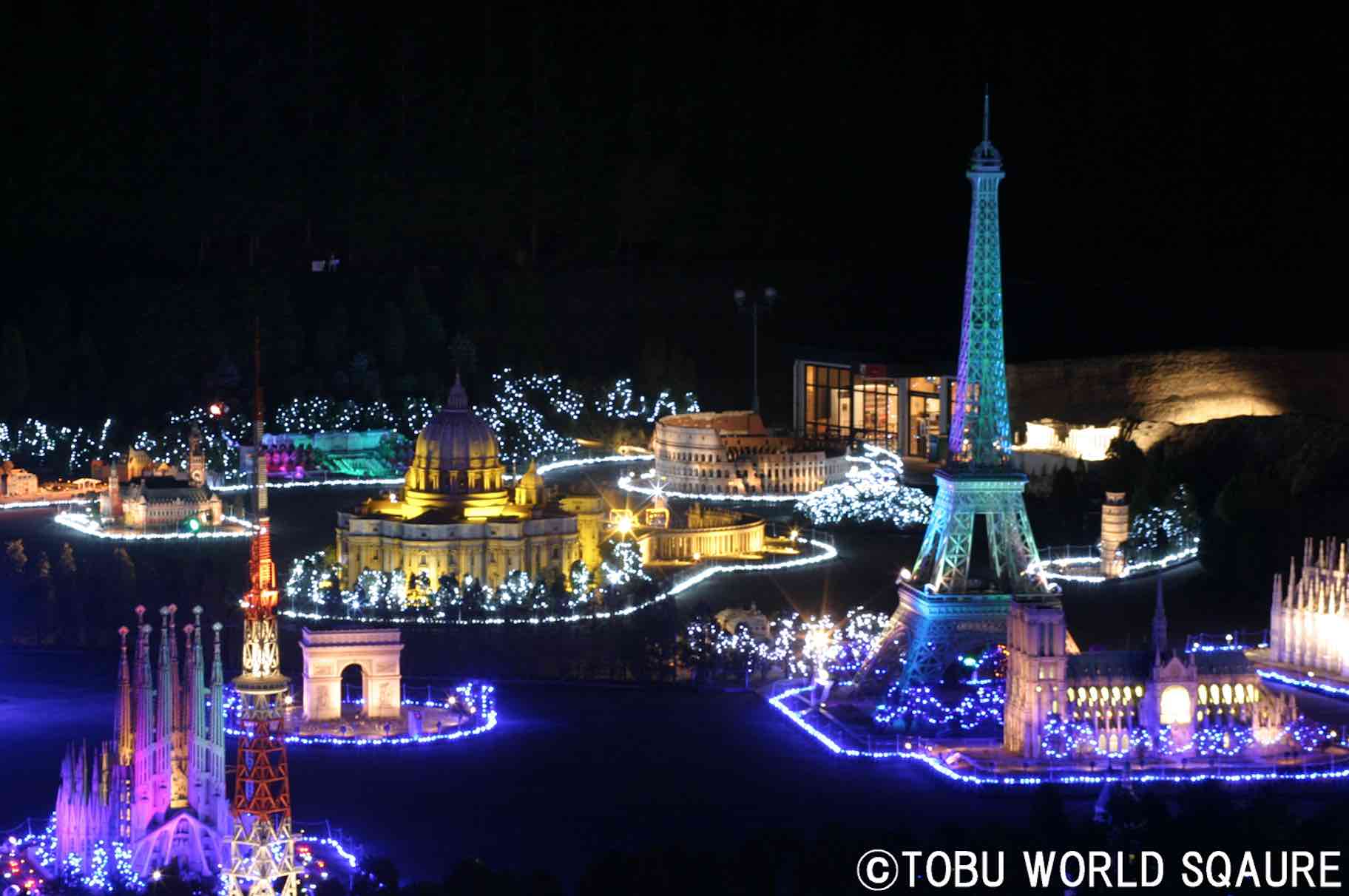 Furthermore, the “Tobu World Square” is located near Kinugawa Hot Spring, one of the prominent hot springs in Kanto. Visitors are highly recommended to combine the illumination event with a relaxing stay in one of the hot spring inns in the magnificent Kinugawa Valley where they can enjoy warm soothing baths. Rates for 1-night accommodation start from 12,960 yen (S$168.48) between 1 Dec 2016 – 31 Mar 2017. 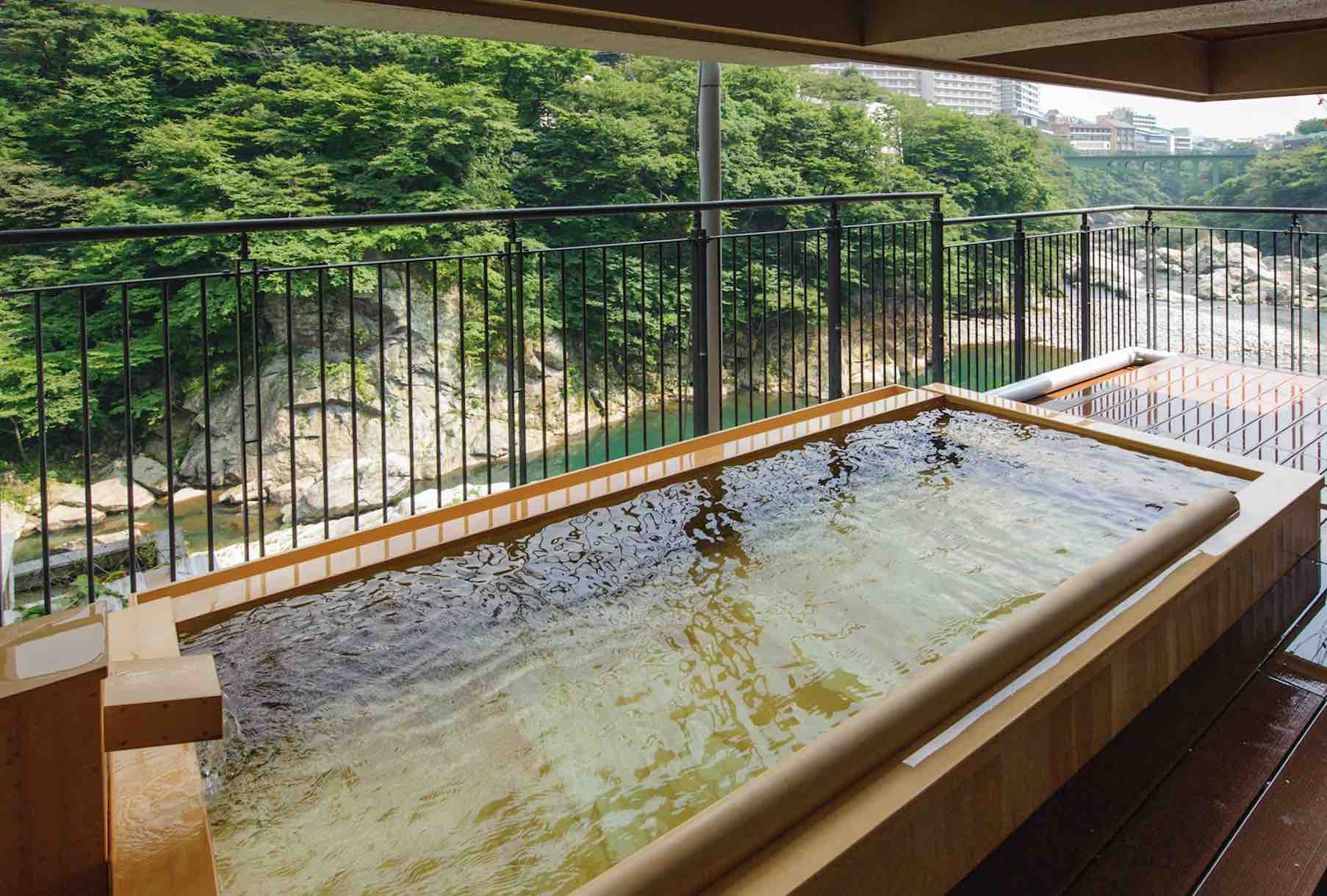 3. Tobu Zoo Winter Illumination – With a parade of real animals

At Tobu Zoo in Saitama, a LED screen more than 20 metres in length will take centre stage, accompanied by 2 million LED lights decorating the park. The “Rhythmination” of lights to computer-generated images on the screen will be a sight to behold! 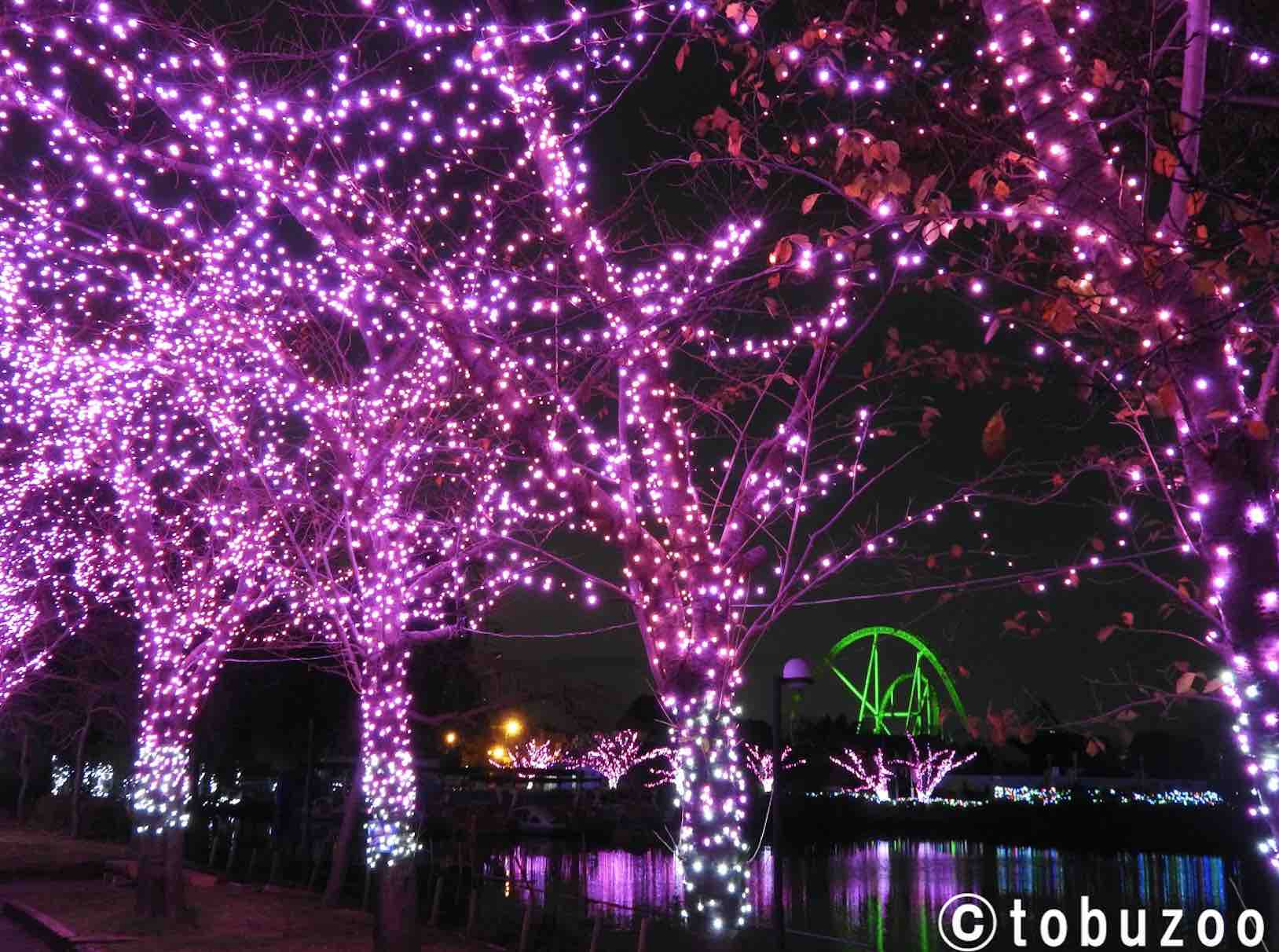 A “starlight zoo parade” where animals move around the park together with illumination cars and a “reindeer event” during the Christmas season will also be held. 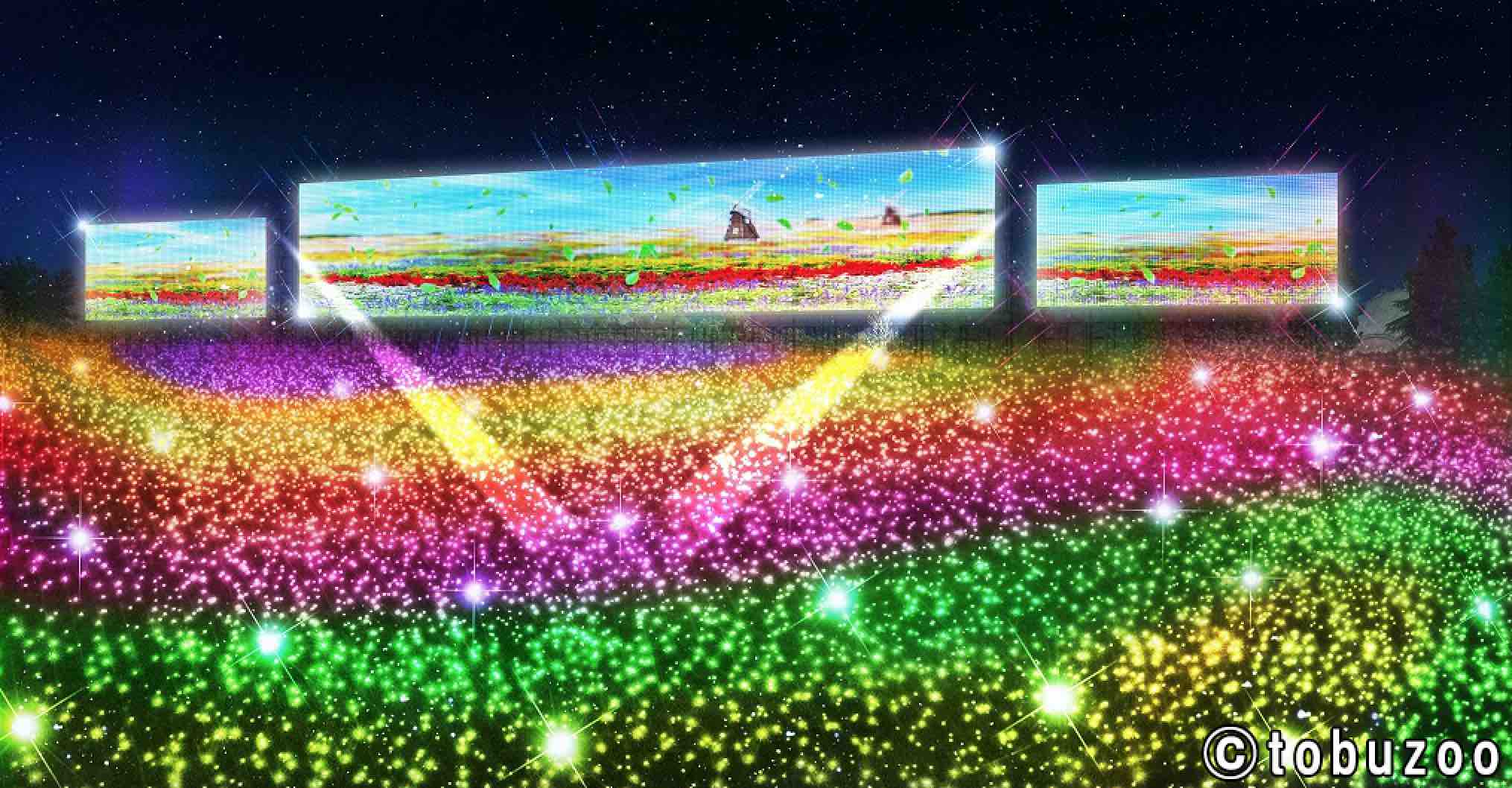 4. Sendai Pageant of Starlight – the City of Trees

Sendai Pageant of Starlight which started out as a project by a local volunteer is now in its 31st year. The event is known throughout Japan as a winter tradition of Sendai and attracts a lot of attention as one of the prominent illumination events. Last year, the event attracted about 2.8 million visitors. 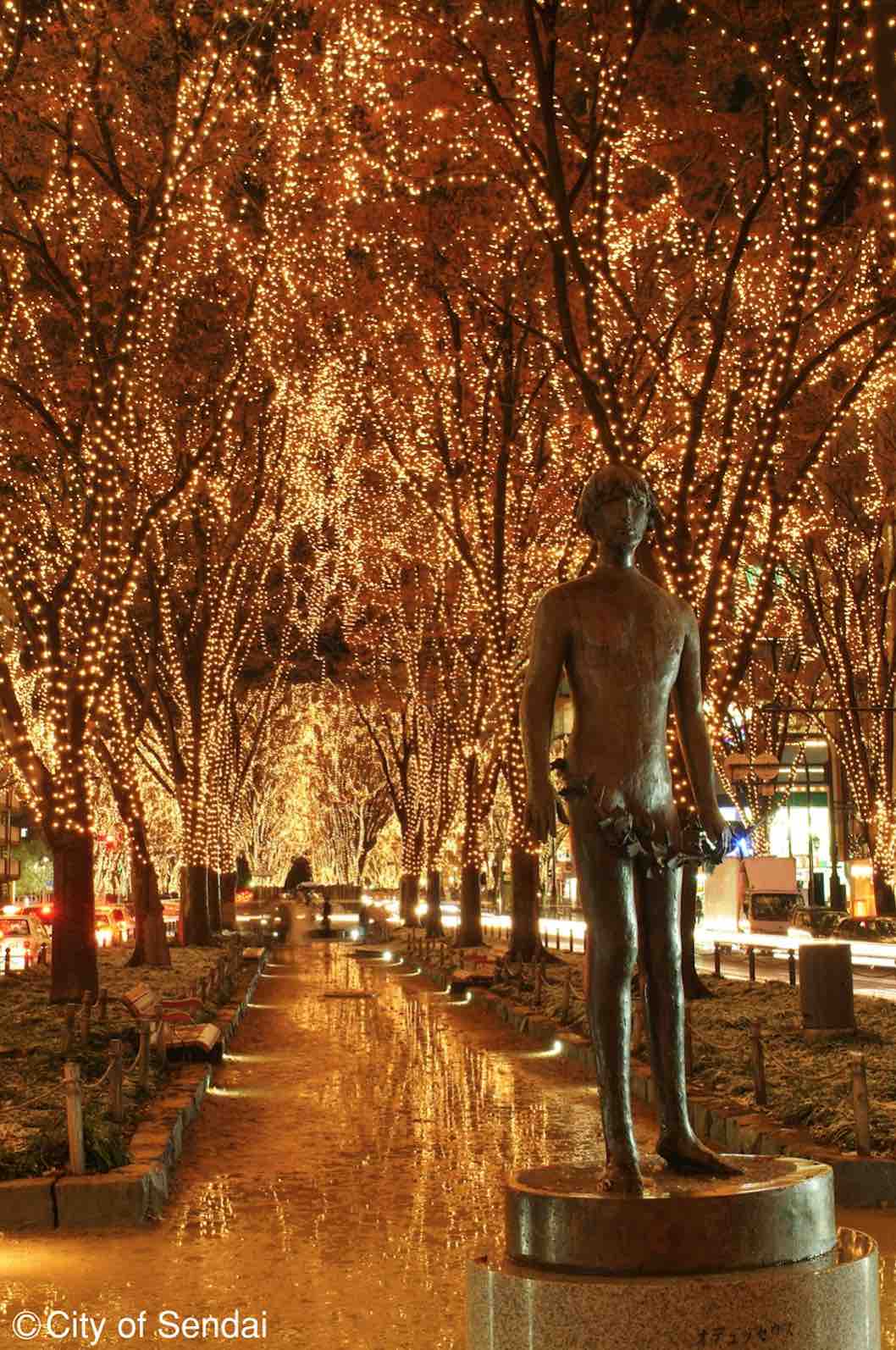 A pedestrian walkway runs through the centre section of Jozenji-dori so that visitors can enjoy walking right under the illuminated trees. During the illumination event, a re- lighting event called “Starlight Winkle” will be carried out 3 times a day so that visitors will have more opportunity to enjoy the wondrous moment when the lights come on. The warm and soothing lights that decorate the City of Trees in a beautiful way help to create a romantic atmosphere during the Christmas season.

There will be special lighting to make Tokyo Skytree look like the world’s tallest Christmas tree. Various spots in Tokyo Skytree Town will also be decorated with about 400,000 candle colour lights giving visitors a visual treat.

The lower section of the Tokyo Skytree tower will be used as the main screen for the first time and visitors can enjoy a visual display that takes advantage of the structure of the tower body. 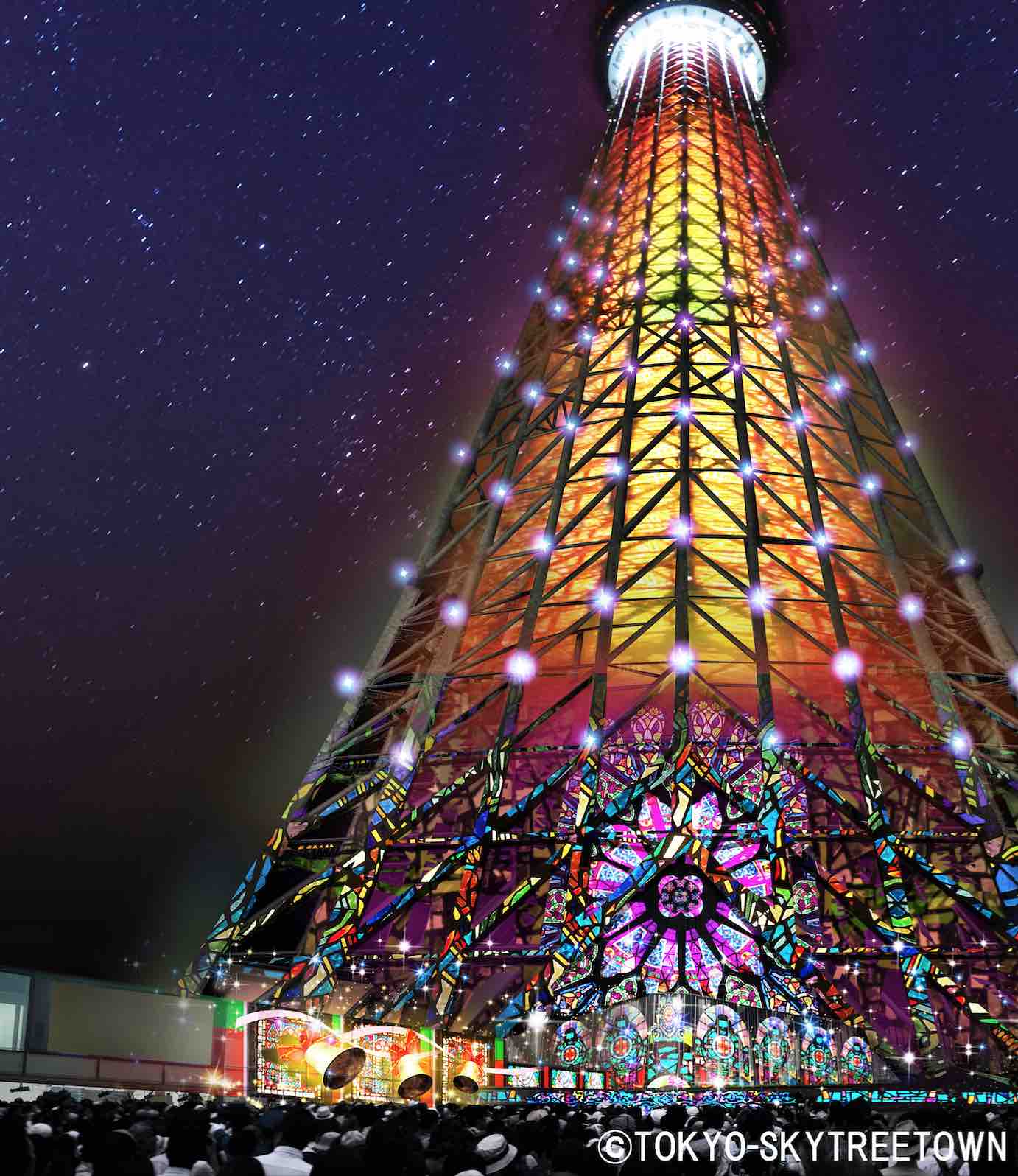 There is no better time to catch the Light Festival now in its full sparkle. Visit all of them by Tobu Railway this winter!