You will soon be seeing 18 life-size dinosaurs roaming right before in Singapore! The globally-acclaimed production Walking With Dinosaurs – The Live Experience, based on the award-winning BBC Television Series will be coming to Singapore with a must-see live arena spectacular. Watched by more than 9 million people in more than 250 cities around the world, the show will captivate audiences of all ages as dinosaurs take over the Singapore Indoor Stadium from 29 August for a limited season. Tickets are now on sale from www.sportshubtix.sg. 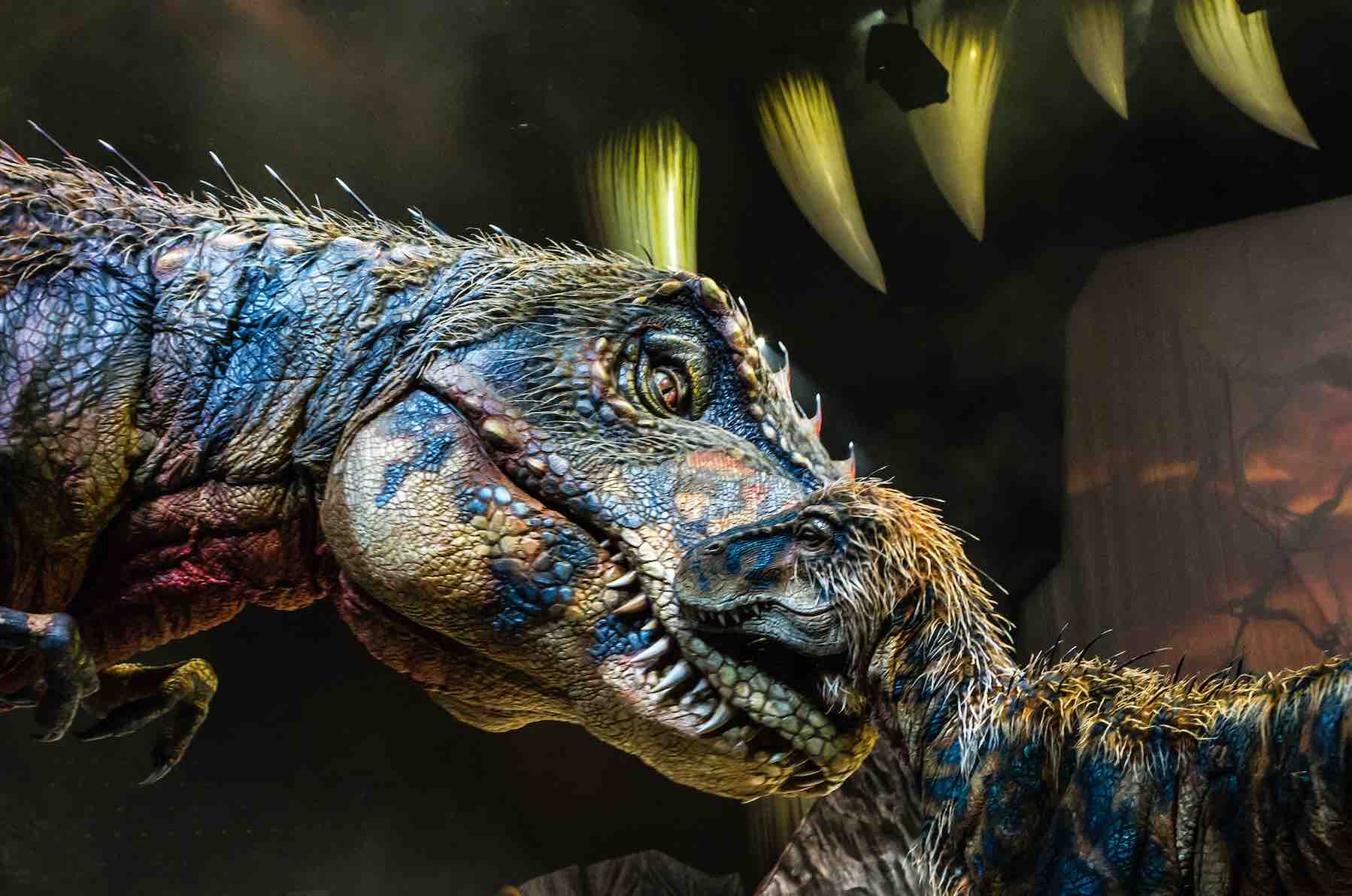 Walking With Dinosaurs opened its World Tour in the UK in July 2018 and has embarked on an international tour, taking over arenas across Europe, and now heading into Asia with a stopover in Singapore. The $20 million production features updated, state of the art technology, underlining its position as the biggest and best dinosaur show in the world. This updated production will showcase spectacular and colourful changes to the dinosaurs based on the latest scientific research including the likely feathering of some species. The one-hour, 40-minute show depicts the dinosaurs’ evolution with almost cinematic realism. Walking With Dinosaurs – The Live Experience has scenes of the interactions between dinosaurs, how carnivorous dinosaurs evolved to walk on two legs, and how the herbivores fended off their more agile predators. 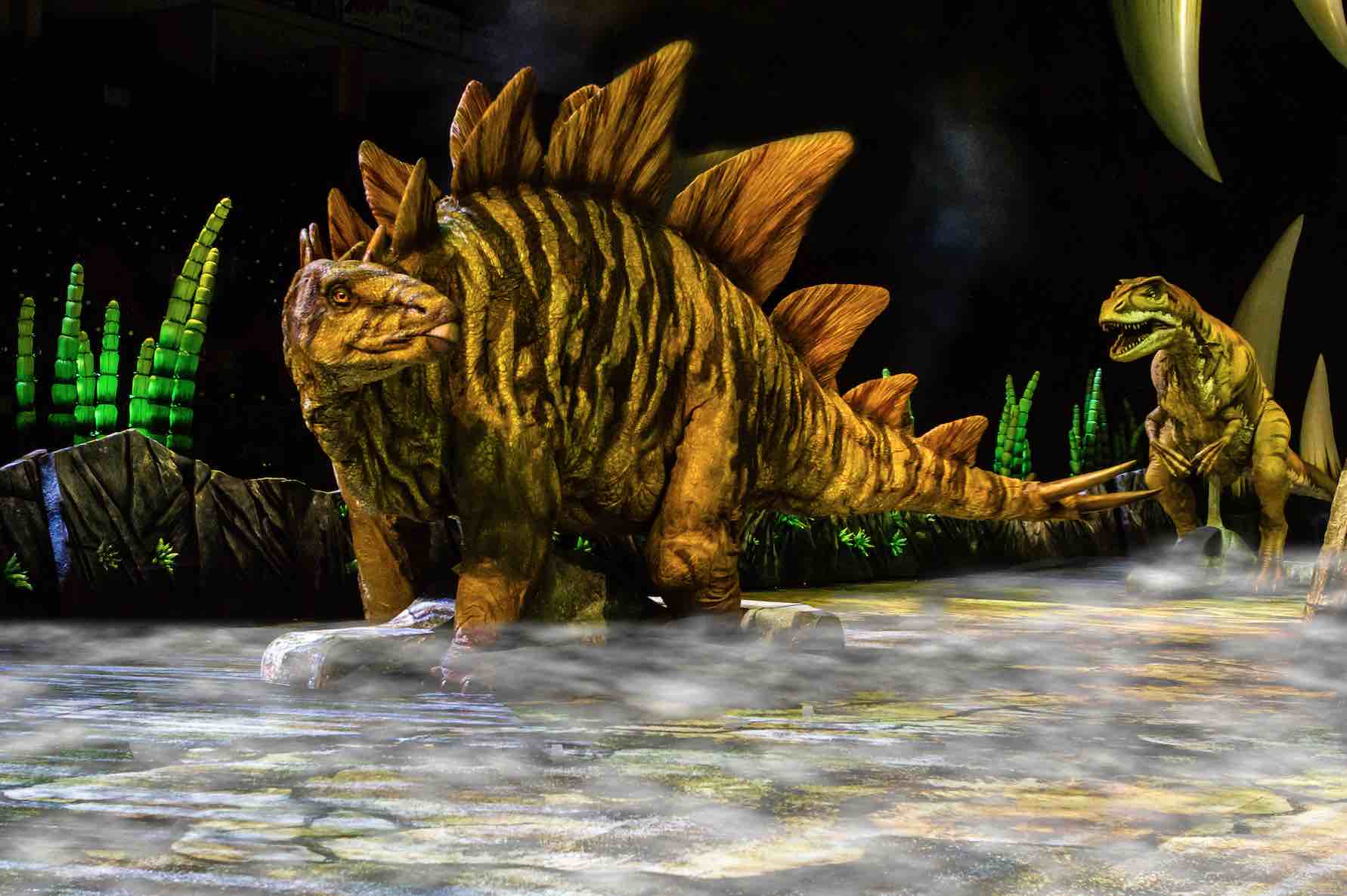 Nine species are represented from the entire 200-million-year reign of the dinosaurs. The show includes the Tyrannosaurus Rex, the terror of the ancient terrain, as well as the Plateosaurus and Liliensternus from the Triassic period, the Stegosaurus and Allosaurus from the Jurassic period and Torosaurus and Utahraptor from the Cretaceous period. The largest of them, the Brachiosaurus, is 11 meters tall and 17 meters from nose to tail. It took a team of 50 – including engineers, fabricators, skin makers, artists, painters and animatronic experts – a year to build the production. The history of the world is played out with the splitting of the earth’s continents, and the transition from the arid desert of the Triassic period is given over to the lush green prairies and forces of the later Jurassic. Oceans form, volcanoes erupt, a forest catches fire – all leading to the impact of the massive comet, which struck the earth, and forced the extinction of the dinosaurs. 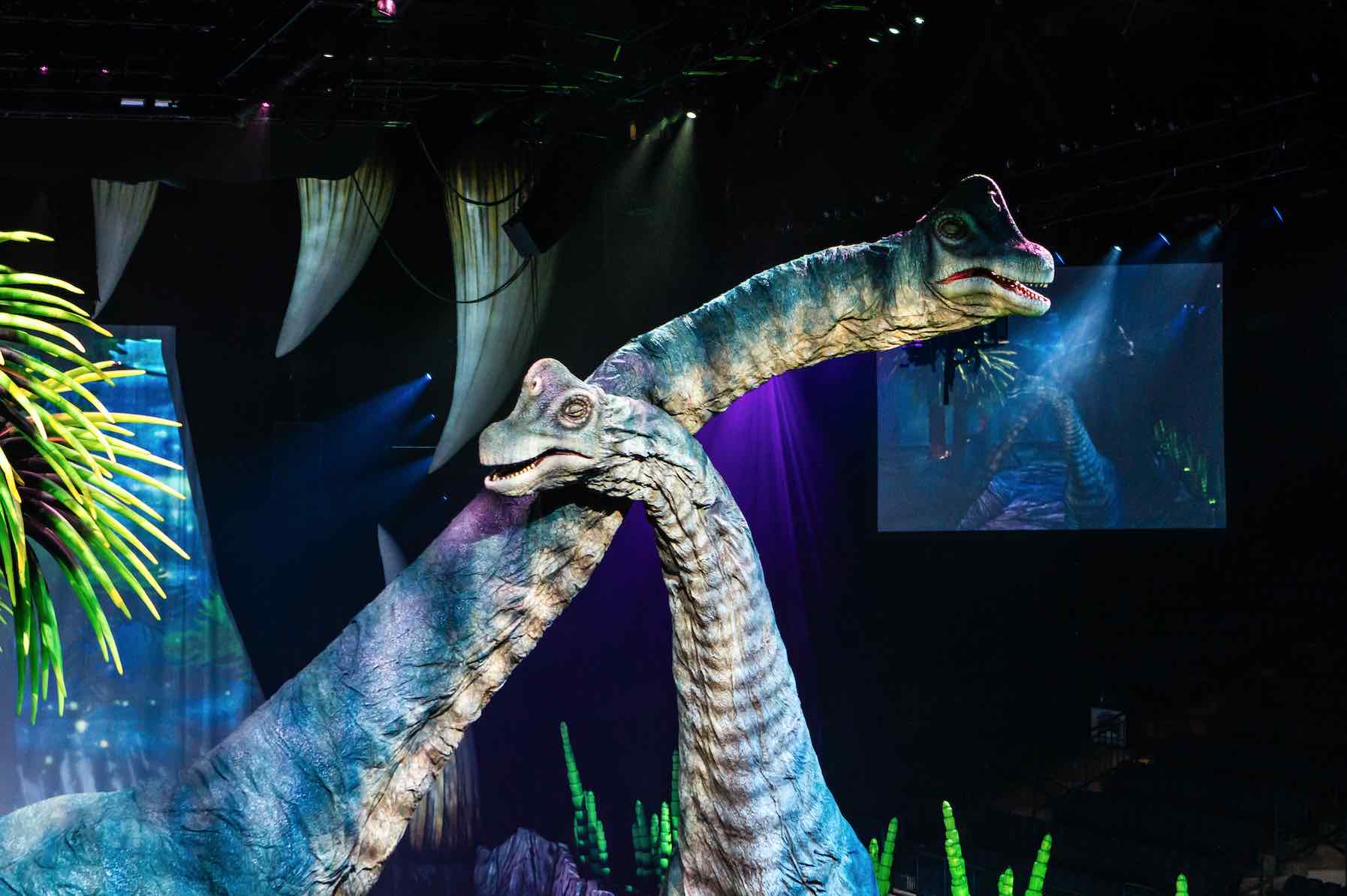 “Sliding Doors Entertainment in partnership with UnUsUal Entertainment are thrilled to bring to families in Singapore a superb entertainment experience they can’t find anywhere else. Dinosaurs have captured the imagination of children for generations and this show takes this passion to a whole new level of unrivalled learning and excitement which will thrill and captivate audiences of all ages. Don’t miss this extraordinary live theatrical arena production,” said Milan Rokic, CEO of Sliding Doors Entertainment. 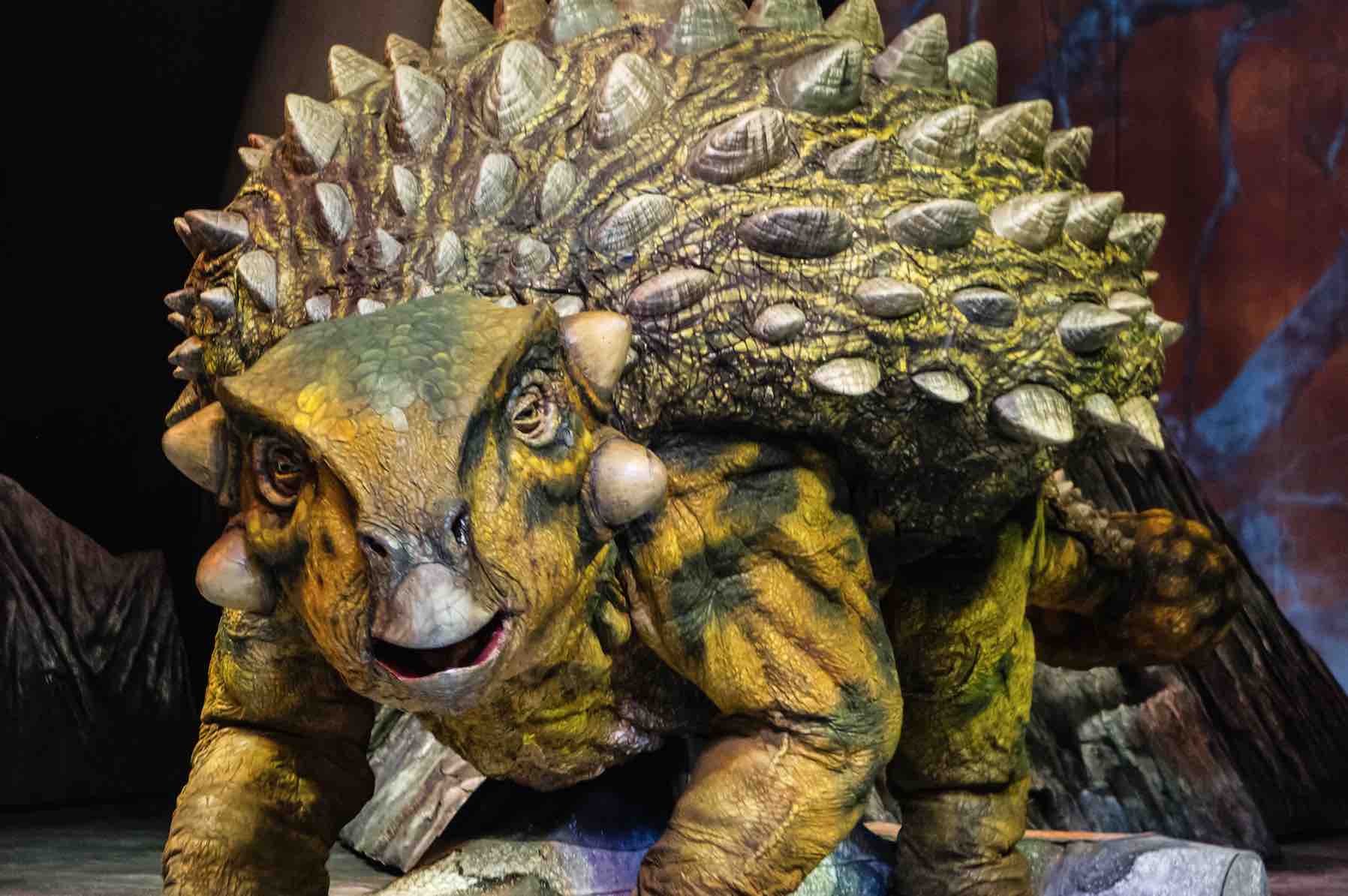 Walking With Dinosaurs – The Live Experience is produced by Global Creatures and promoted in Singapore by UnUsUal Entertainment and Sliding Doors Entertainment. The show originated from Australia, where after years of planning and work, Walking With Dinosaurs – The Live Experience came to life in January 2007. Soon after this, the show went on to conquer the whole world with record-breaking audiences. 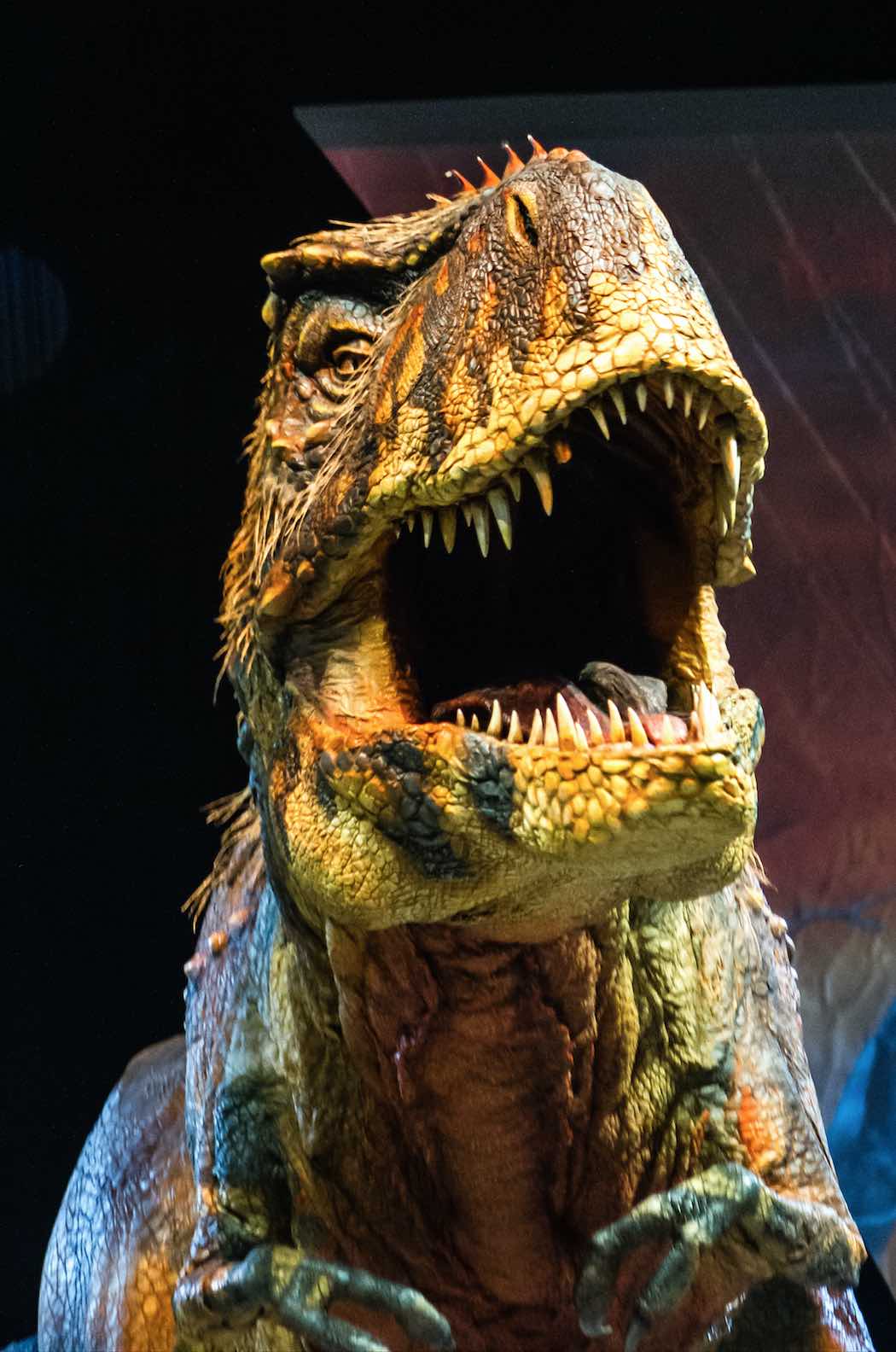 Walking With Dinosaurs Singapore – Get Your Tickets Now!

WALKING WITH DINOSAURS – THE LIVE EXPERIENCE
Season: From 29 August 2019

Ticket Price: From $78 (Excludes the booking fee of SGD$4 per ticket)

Walking With Dinosaurs – The Live Experience was originally produced in Australia by Gerry Ryan, Malcolm Cooke and Jill Bryant and is brought to the world by Global Creatures. 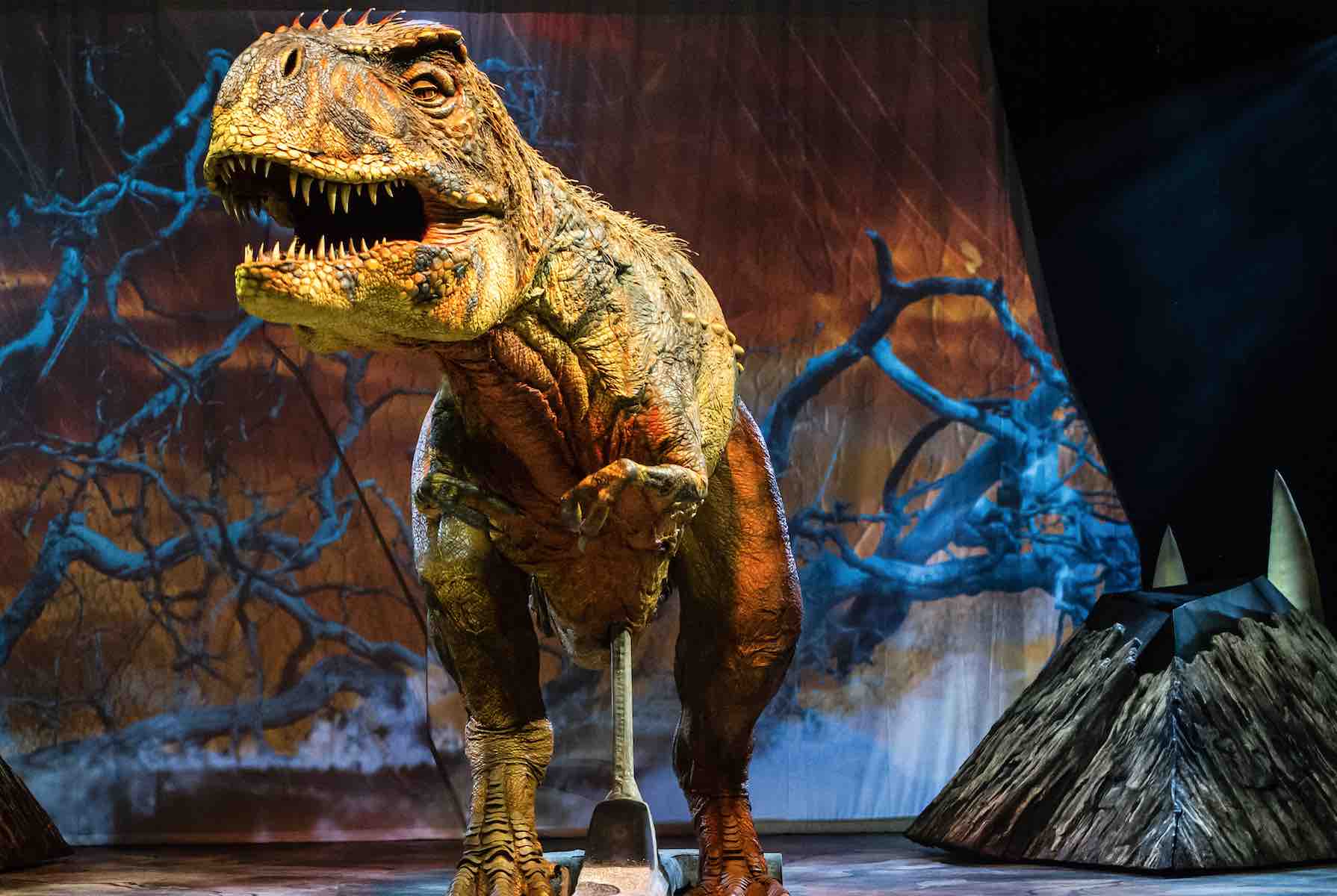