Located along the western coast of Taiwan, the city of Taichung is widely regarded as the place where northern and southern Taiwanese culture meet. Many tourists just pass through the city as they venture to popular tourist destinations like Cing Jing Nantou as well as Sun Moon Lake. That is quite a pity because Taichung is a great place to experience the interesting and unique culture of Central Taiwan. When we last visited Taichung, we explore the famous Taichung Rainbow Village – a small village with gorgeous painted murals all over its walls. If you are into amazing shots, you must visit this colourful Instagram perfect village in Taiwan.

Chiang Kai Shek’s Chinese Nationalist Party retreat to Taiwan in the late 1940s brought along with them over two million people including soldiers and their families. To house this huge population of soldiers and their families, Military Dependents’ villages were quickly set up around Taiwan. Most of such villages were very poorly constructed and extremely small. Residents were unable to hold ownership rights over their homes as they were the property of the state.  As a result, many of these villages become abandoned or deteriorated into slums for the ageing population over the years. We can still see some of the old postboxes used by these families in the village.

To free up the often prime real-estate space occupied by these villages, the government started an aggressive program of demolishing the villages in the early 1990s. To fight for the preservation of his village, Mr Huang Yong-Fu came up with a unique way to say no to the demolitions. A military veteran who was born in Hong Kong and fought against the communists, he who people now refer to as the Rainbow Grandfather started to paint colourful murals all over his home, as well as the gates around it and the walkways. He used very bright colours and painted very random and imaginative figures including plants, animals, monsters, celebrities and traditional cultural heroes.

Students from Ling-Tung University which was located just next to his village saw what he was doing and took pictures and shared them online. These photos went viral and Rainbow Village soon became a tourist destination and people from all over started to visit while he was still busy painting. Tourists offered donations and supported the by-then almost 90-year-old artist. His peaceful protest, fortunately, gained sufficient sympathy from around the country to halt Taichung mayor’s plans for demolition and hence saved the village. Today, residents still stay in the village! 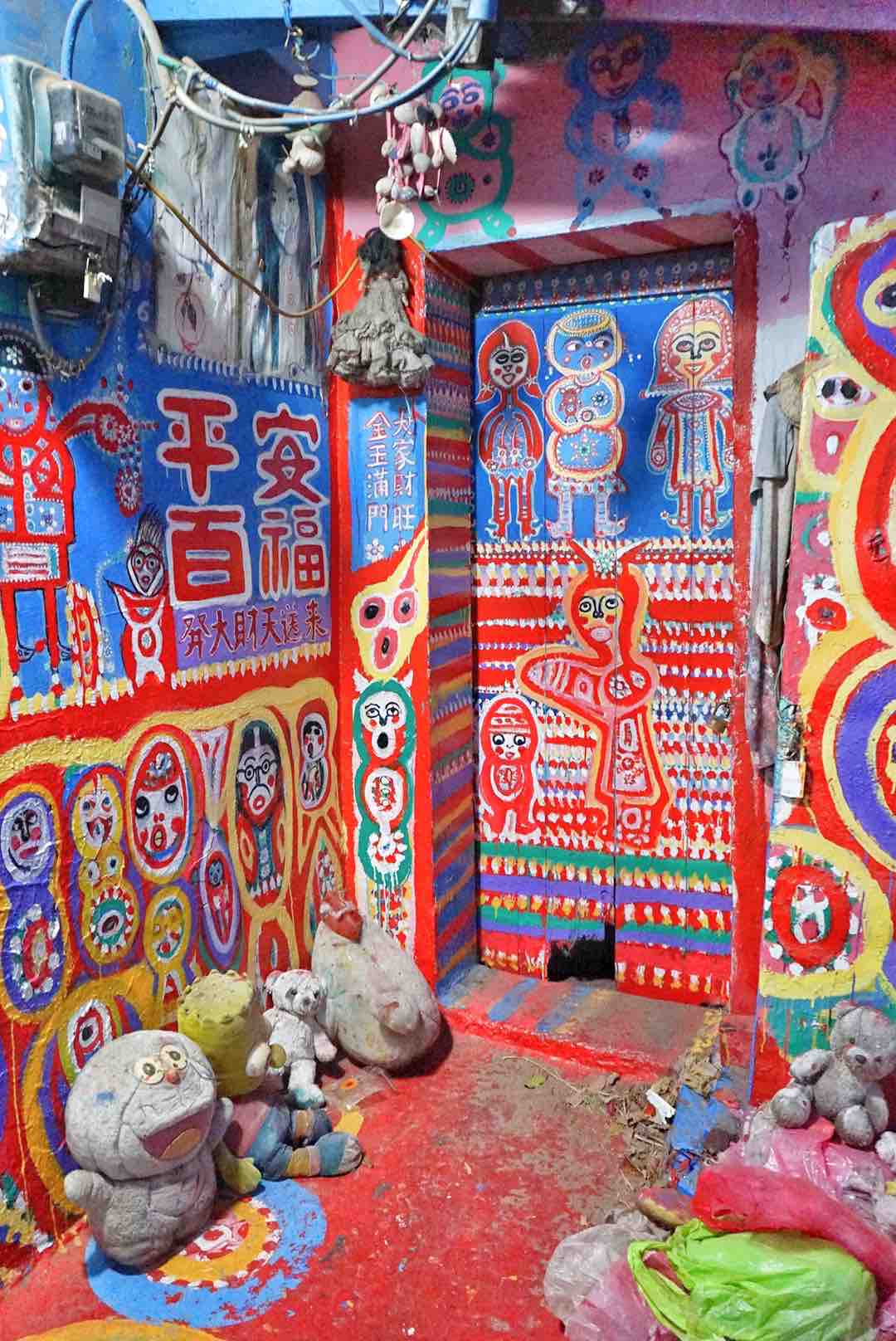 Due to our pack itinerary (yes, we too are guilty of seeing Taichung as just as a pass-through city for Nantou), we reached the village at around 5pm and the sky was already beginning to turn dark. Armed with my trusty Sony camera that was able to capture imagery at low light, it was the perfect time to visit the village as we practically had the entire place to ourselves. Even the guard has called it a day! 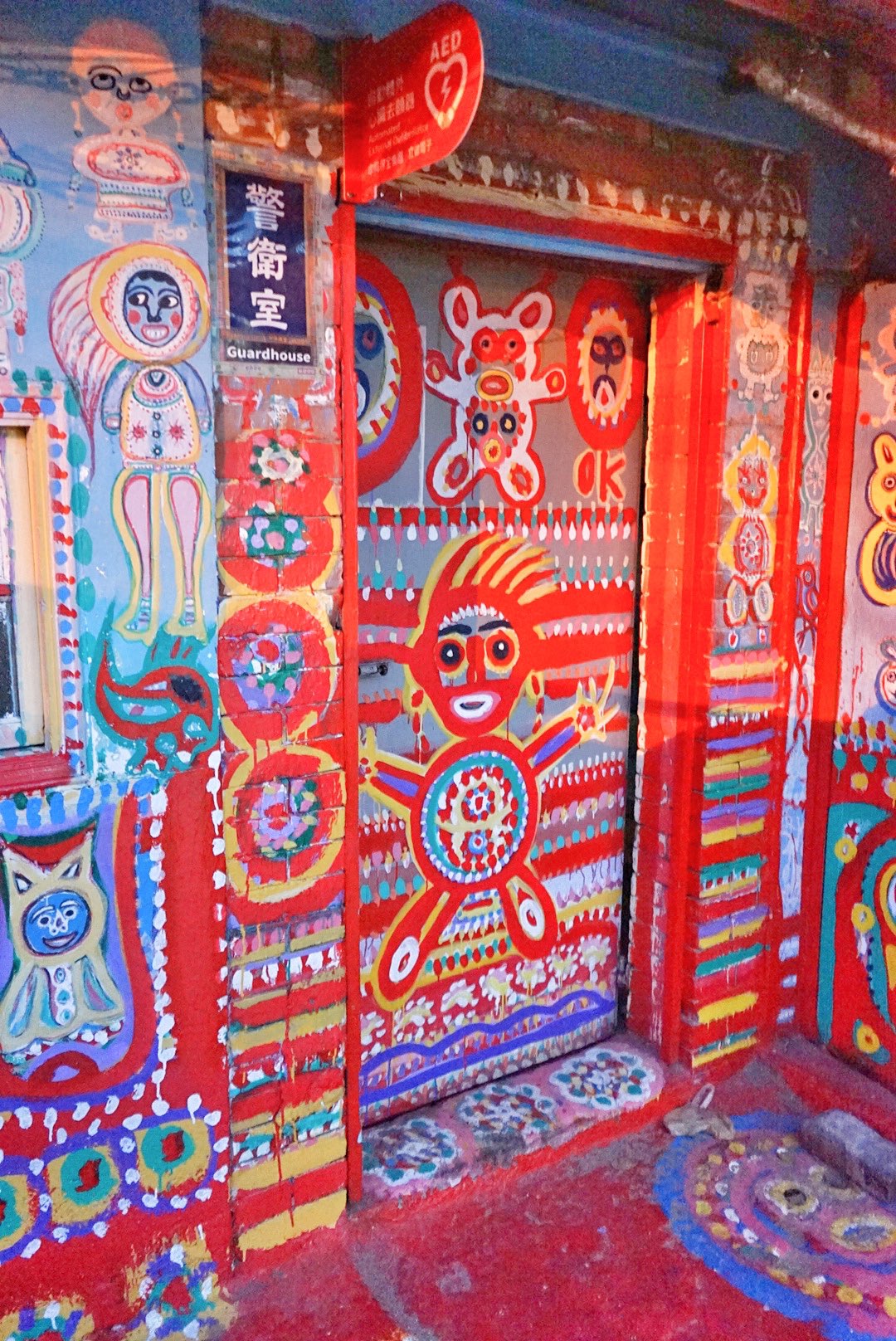 A signage at the entrance request for all visitors to walk orderly through the village narrow walkways and lower their volume as families still reside in the village.

This is how narrow some of the walkways can be. It would be extremely hard to get a good photo if you are jostling with the crowd.

For us, corners always provide the best backdrop for Instagram shots. We have to highlight that the use of the word ‘village’ is quite exaggerated. The entire place can be explored (without crowd) in less than fifteen minutes.

We believe if you come during the ‘official’ opening hours, you may be able to see the legendary Rainbow Grandfather, Mr Huang.

Souvenir shops would be opened and as what this door signage says, you can walk in for a nice ice popsicle!

We read that if you come at the right time, you may also be lucky enough to see someone in an Iron Man mask performing music for you.  But of course visit at odd hours would allow you to enjoy unrestricted camwhoring! 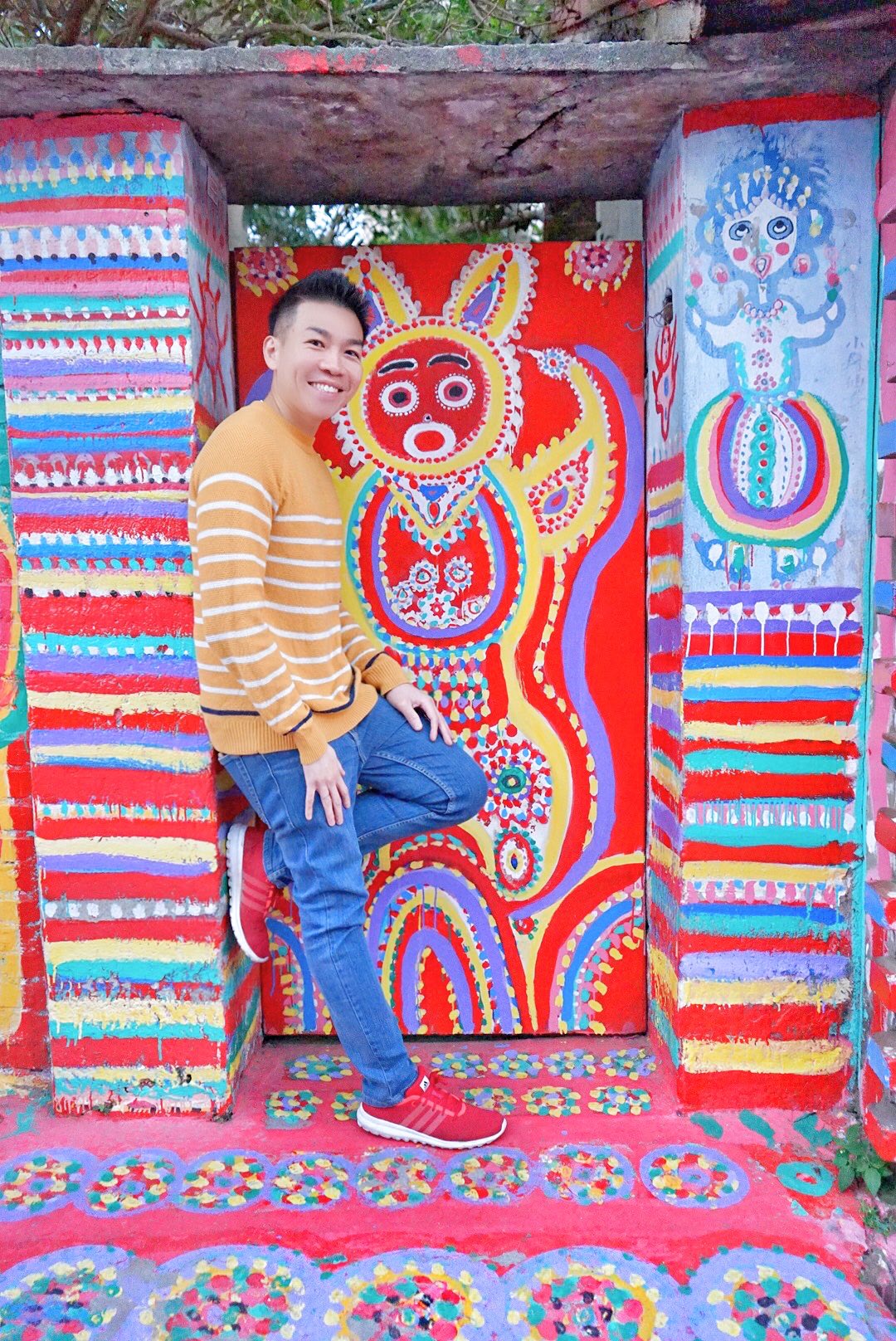 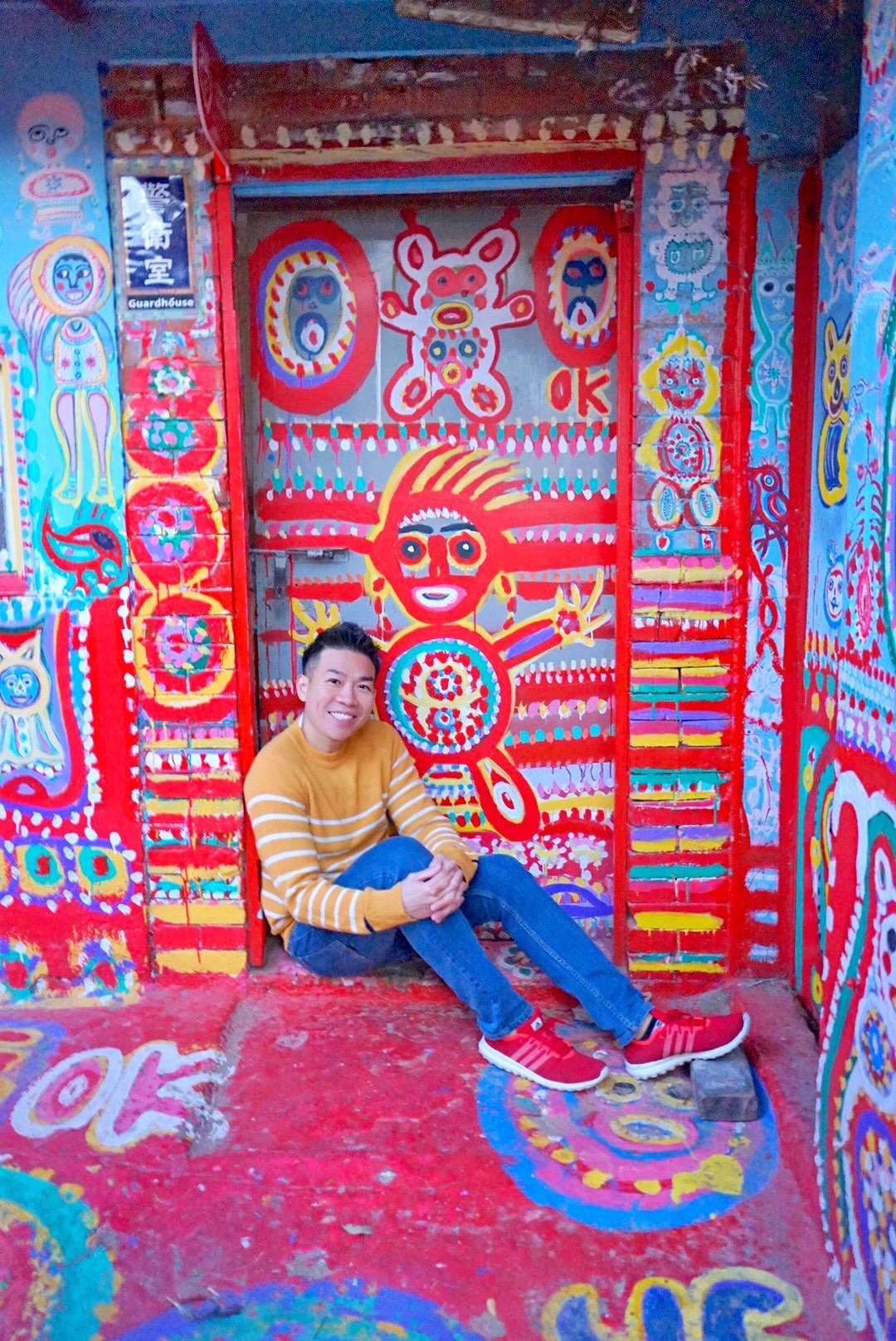 We did manage to catch one household still living in the village but that is about it.

The whole place does get a little quiet and eerie once night falls.

Overall, this was an interesting visit. It was made more meaningful after we understand the origin of the rainbow village. If you come at the low peak periods, you can definitely get your fill of great shots to wow your friends on Instagram. If you are ever in Taichung, we recommend that you take a small detour to visit the village, spend some time appreciating Mr Huang’s mural arts and donate to keep Rainbow Village alive!