What’s not to like? Certainly seeing fossils and immense towering skeletons of these animals from millions of years ago has always been a boyhood fantasy of mine. I believe, other than the recent dinosaur exhibition at the Science Centre, the last time we had something remotely close to this in Singapore was the skeleton of a Blue Whale at the National Museum in the 1970s.  So wasting no time I loaded up my trusty F2.8 and a seldom used 70-300mm lens. 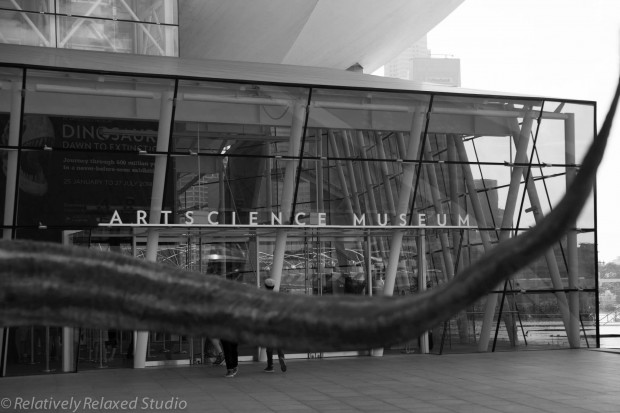 Upon arriving at the Art Science Museum., I was relieved to learn that photography (minus the usage of a flash) was allowed within the exhibits. We walked in and were greeted by a pack of Herrerasaurus. Impressive. 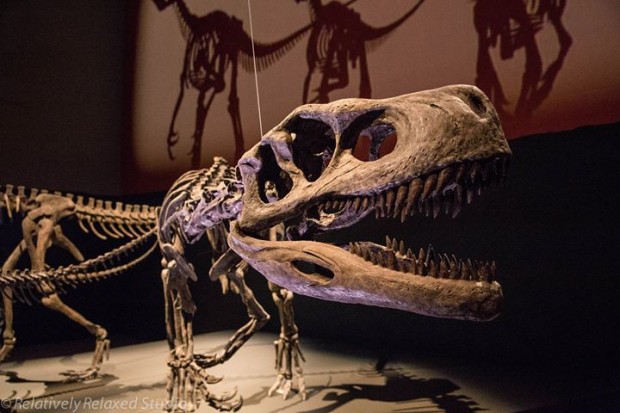 My shutter snapped away. One thing I immediately realised was that the exhibits were laid out in a very tasteful way. An emotive and immersive play of shadow and lights brought to life these long gone giants. One thing the avid photographer has to take note of however, is that with this contrasting play of light and dark , you would have to steady your hand and set the proper aperture rating to capture tack sharp pictures of the exhibits in relatively inconsistent low light. 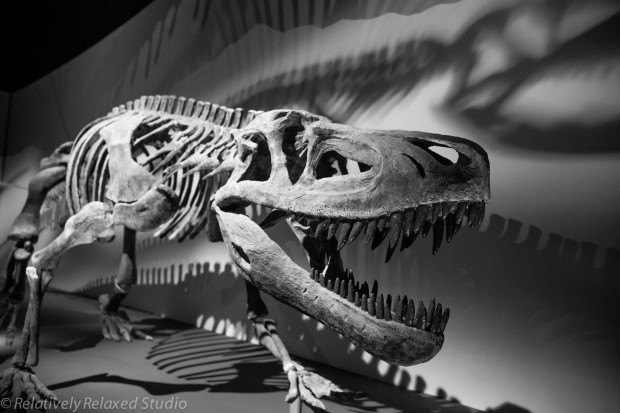 One thing that surprised me though, was that a number of fossils were actually “replicas” and that the real 600+ million year old fossils were displayed behind thick glass cases. Though I can see the logic in this, it was akin to snapping pictures of a mannequin to me, albeit very scary and tall ones. 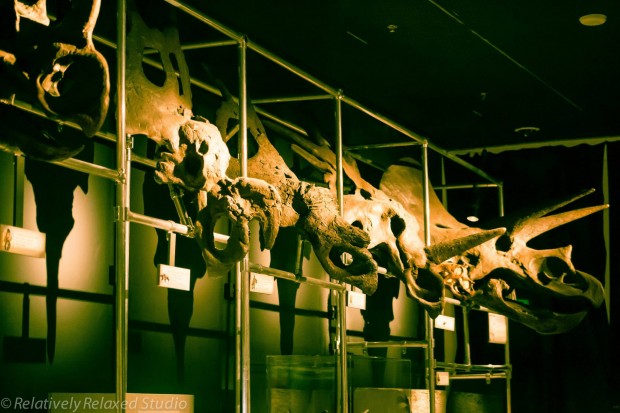 One of the must see/snaps is the immense exhibit of the Lessemsaurus sauropoids (or a four-legged, large herbivorous dinosaur) and a Fasolasuchus tenax (yes, I googled that. The longest name I can spell is my own Chinese name) depicted in mid fight. It literally jumps out at you and as you circle around it, you feel the overwhelming scale and spectacle that these fights would have been millions of years ago. And what visit to the museum would be complete without a exhibit of the Michael Jordan of Dinosaurs? The T-rex. There he stood some 15 feet in height, with his huge jaws gaping, rows of razor sharp teeth showing, looking for his next meal (even though Im sure he already had dinner. How Singaporean). 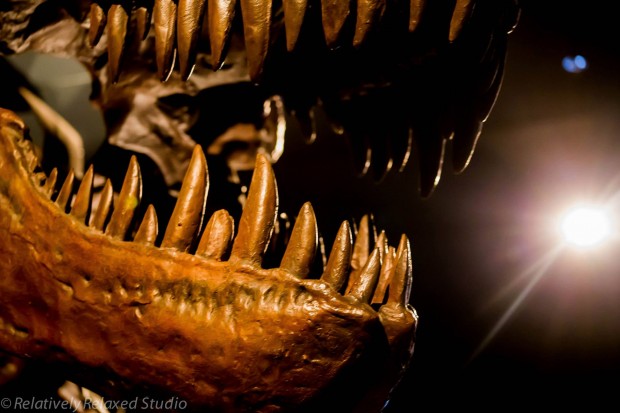 My humble full frame Canon wished I had a wide angle lens mounted at that point as my hand kept turning but the zoom ring stuck stubbornly at 28mm. Take 3 steps back. SNAP. 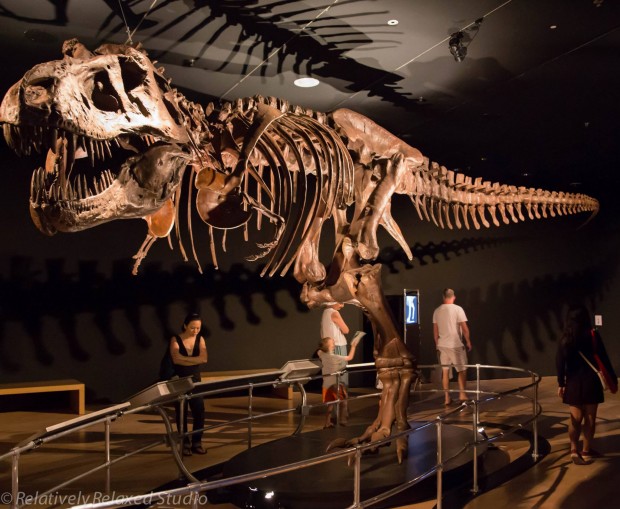 So, what did I learn from this exhibit? Did i feel fulfilled from having finally seen Dinosaur fossils in person? Yes.

Would I ever be able to pronounce their names? No.

Did I bring the proper lenses to a Dino fight? Yes and No. Go wide, Go Long. Go f/2.8 (it’s going to be dark, no flash photography please). 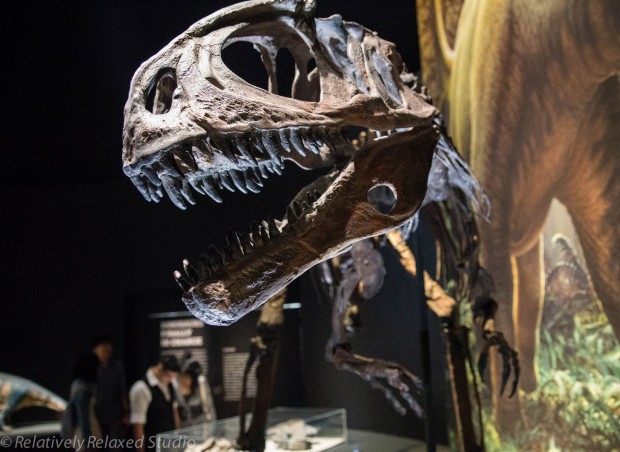 Would I go again? Definitely. With over 400 fossils and models on display , my 2.5 hours spent there was not enough for me to cover everything. And if you like Dinosaurs as almost every kid in us does, you will want to stay from Dawn to Extinction (well not quite, but at least till 6pm,when they close).

Paul Goh wonders what Dinosaur breath smelt like. To see more of his pictures and to enquire about the photographic services he provides, visit his Facebook Page: facebook.com/relativelyrelaxedstudio