Buza Bar Dubrovnik is probably one of the coolest bars we have ever visited. Located right outside the walls of the old city, one would have easily missed it. But with the help of social media and influencers, the word has spread about Buza Bar and it is no longer the secret hideaway it used to be. Today, the bar has become one of Dubrovnik’s most popular sunset hangout and cliff jumping spots. We were lucky to be spared of the crowd by being there in the winter season (December) where the water is too cold to dive into! 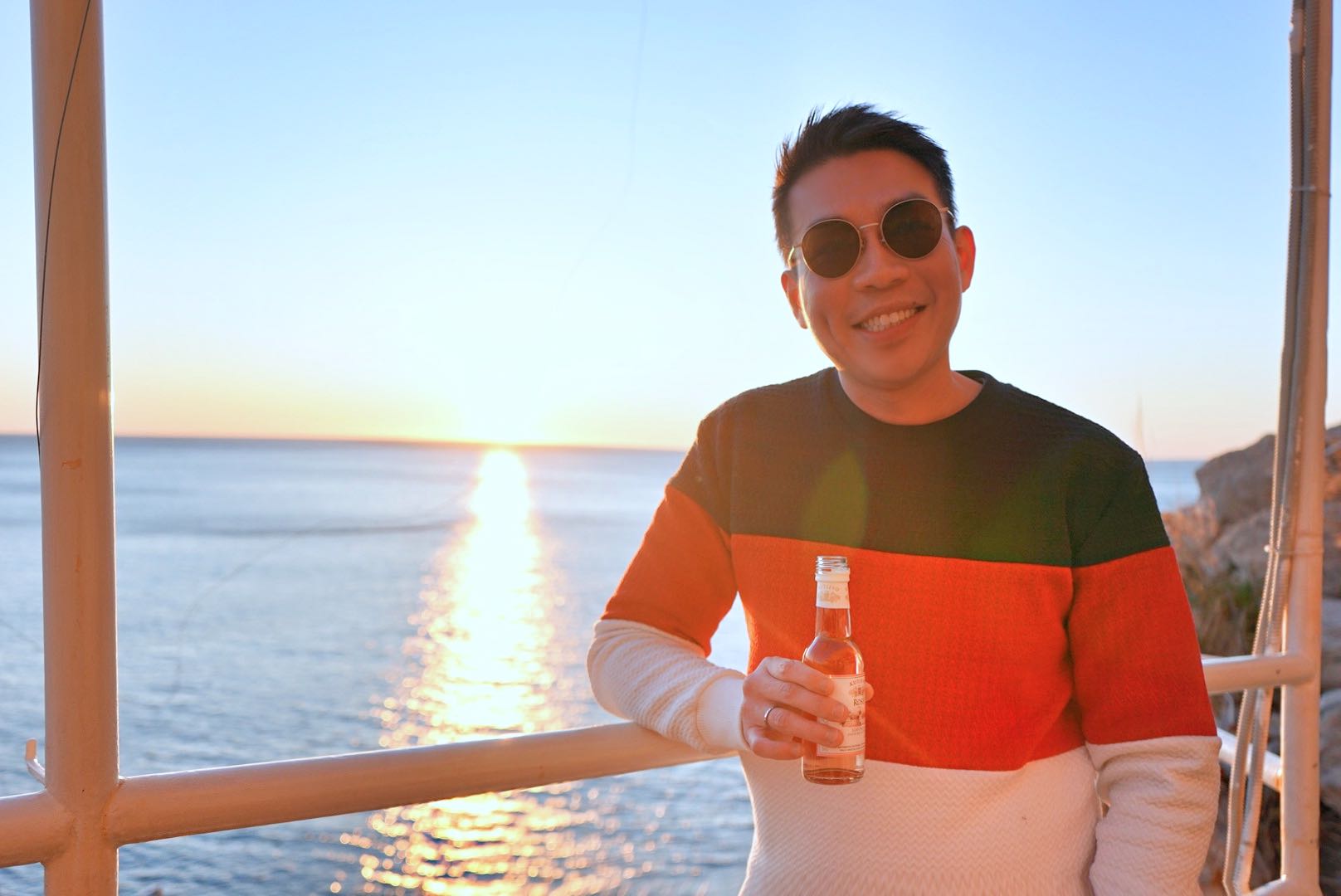 Buza Bar Dubrovnik – How to Find Buza I

Due to the bar’s popularity, there is actually Buza I and Buza II. Given that the one we had a drink at was actually opened in low peak winter, we assumed that should be Buza I (let us know in the comments segment if we are wrong). Let us help you locate Buza I from the Gundulic Square. Head up the Jesuit stairs, turn left and walk past Konoba Jezuite towards the city walls. Once you reached the walls, turn right and travel along the walls. You know you are on the right track when you see this “Cold Drinks” sign. Follow the direction and the entrance should be on your left within the next 20 – 30 meters. Stay alert, you can easily miss it! 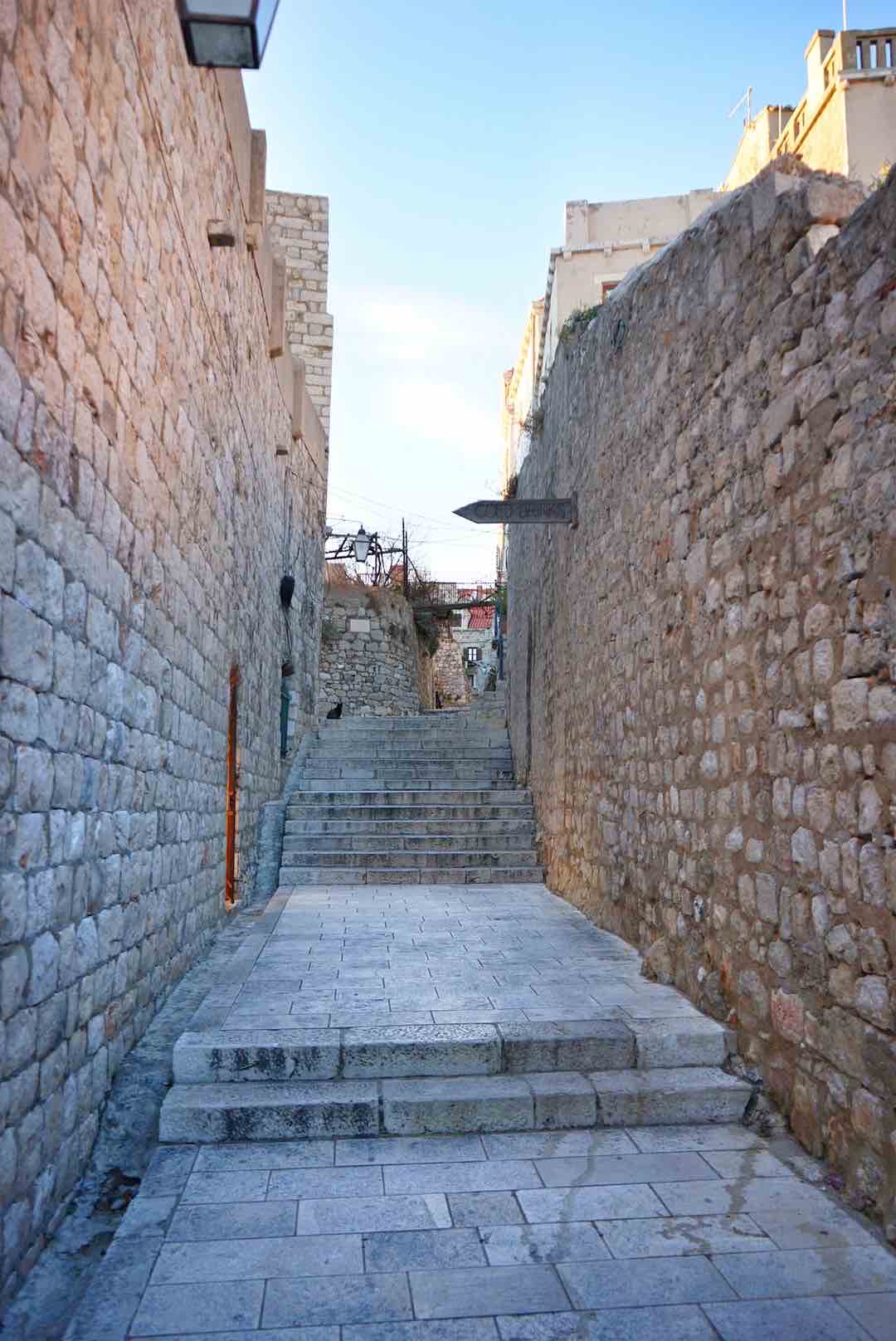 The entrance is literally a hole-in-the-wall! 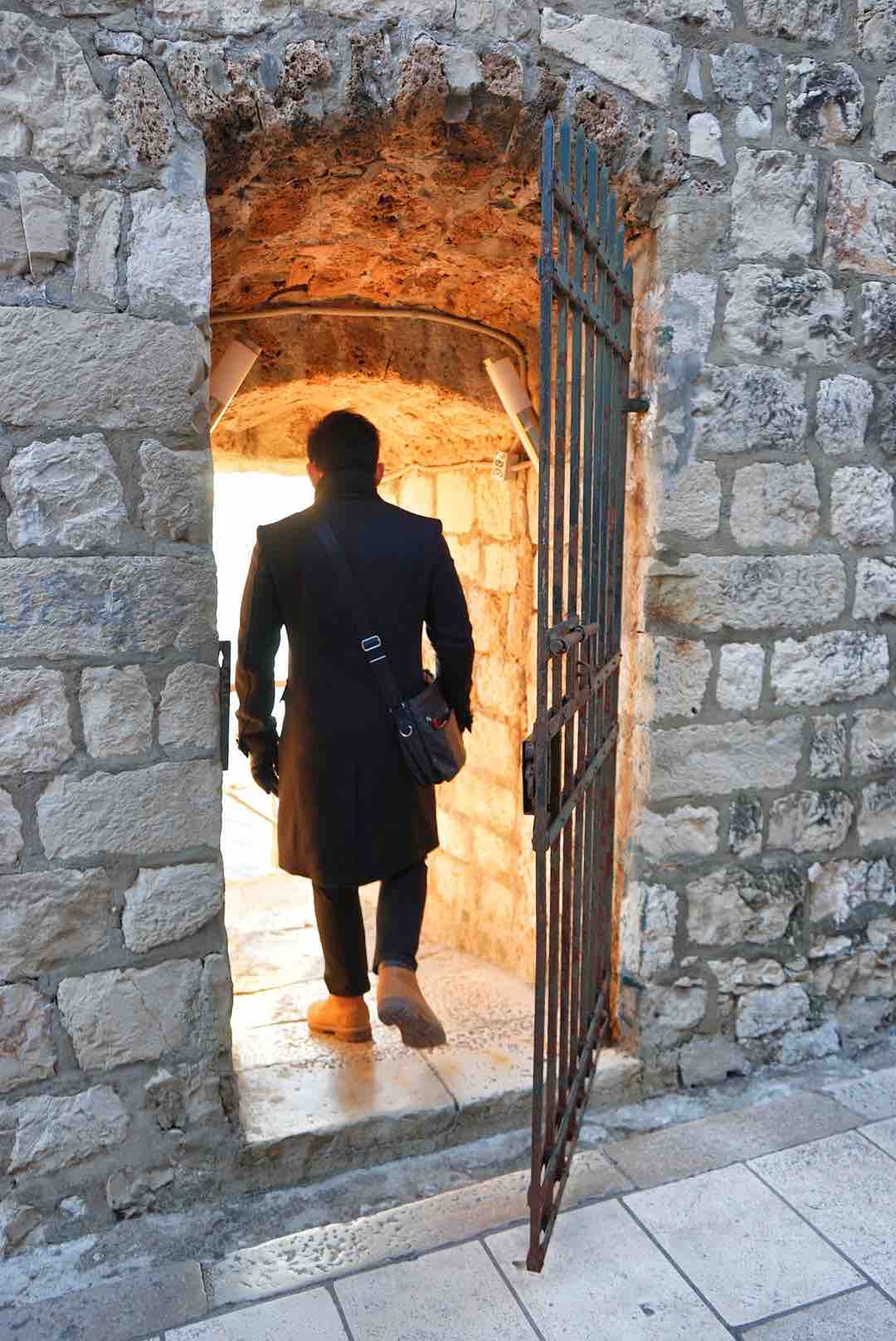 Venturing into the small hole and re-emerging on the edge of a cliff with an expansive view of the Adriatic Sea can have quite a therapeutic impact to your state of mind. All your problems seem to have been left outside and this is the place to just breathe in, relax and reflect. This cat really know where to catch a nap. We reached the bar 45 minutes before sunset to make sure we can secure a decent seat to take in the view during winter. If you are visiting during the peak seasons, you may want to cater 2 to 3 hours before sunset. 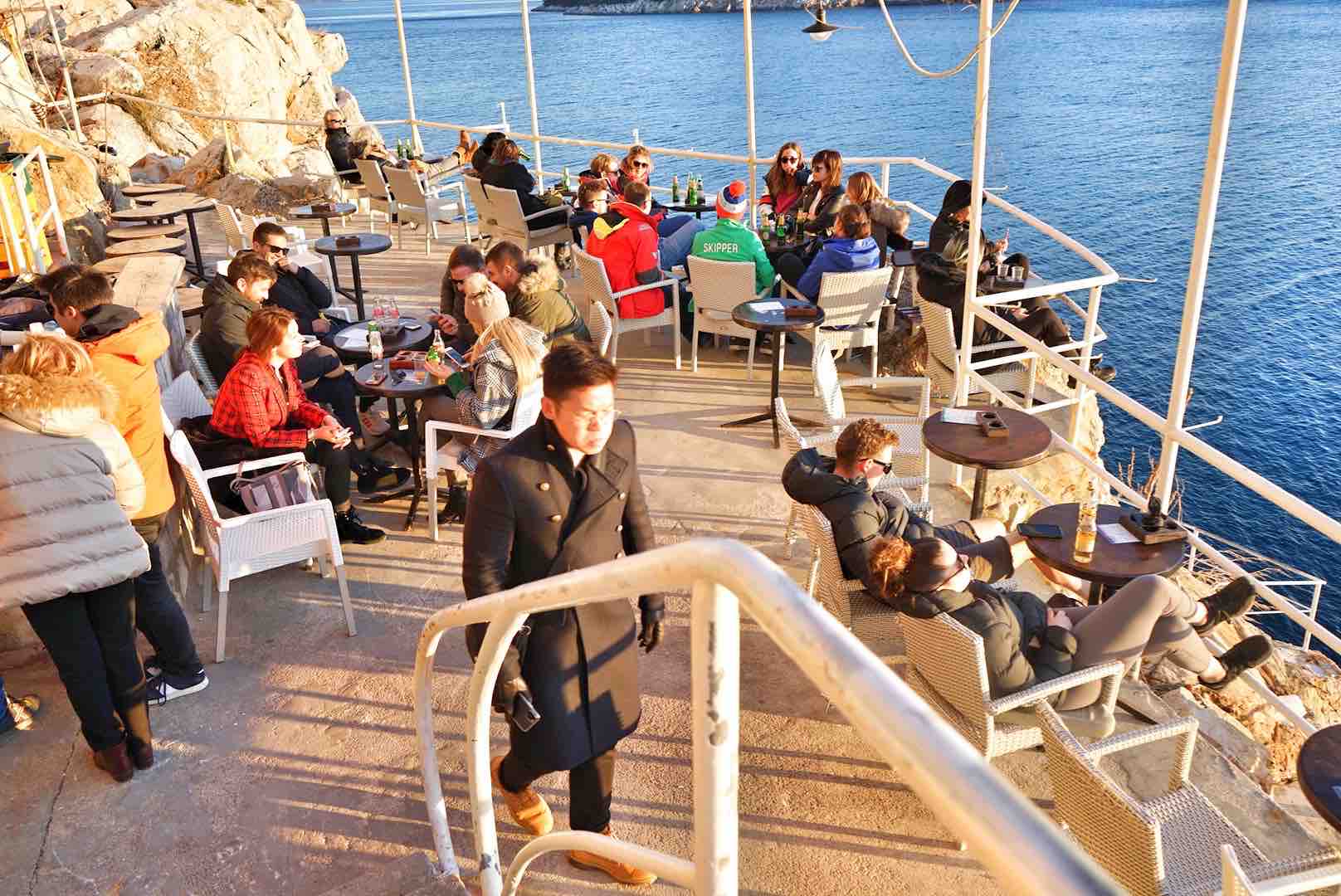 You will soon realised that seats with unsightly metal safety railings are not the only options in the bar. 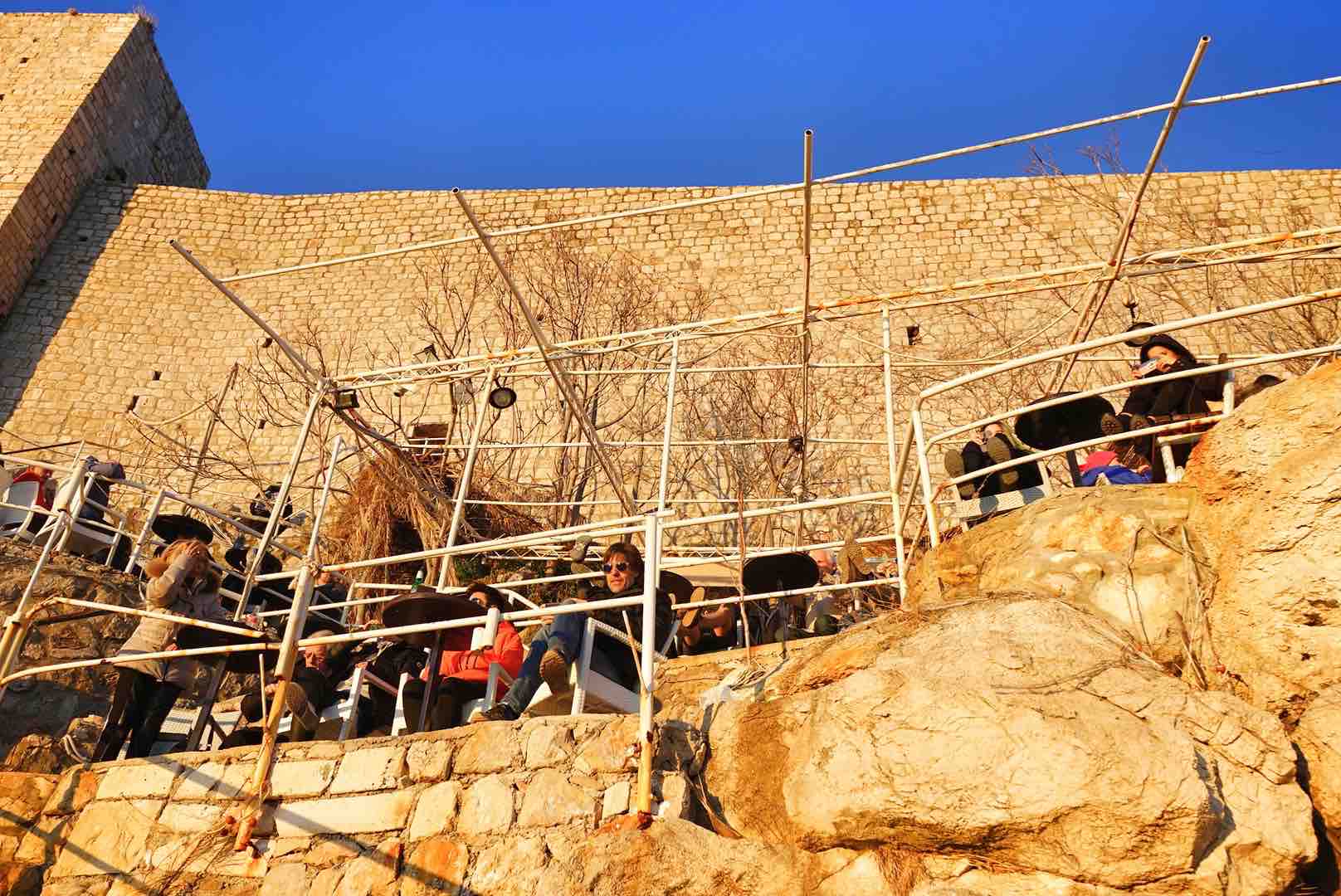 Further down the stairs, you can also choose a number of positions on the cliff front. 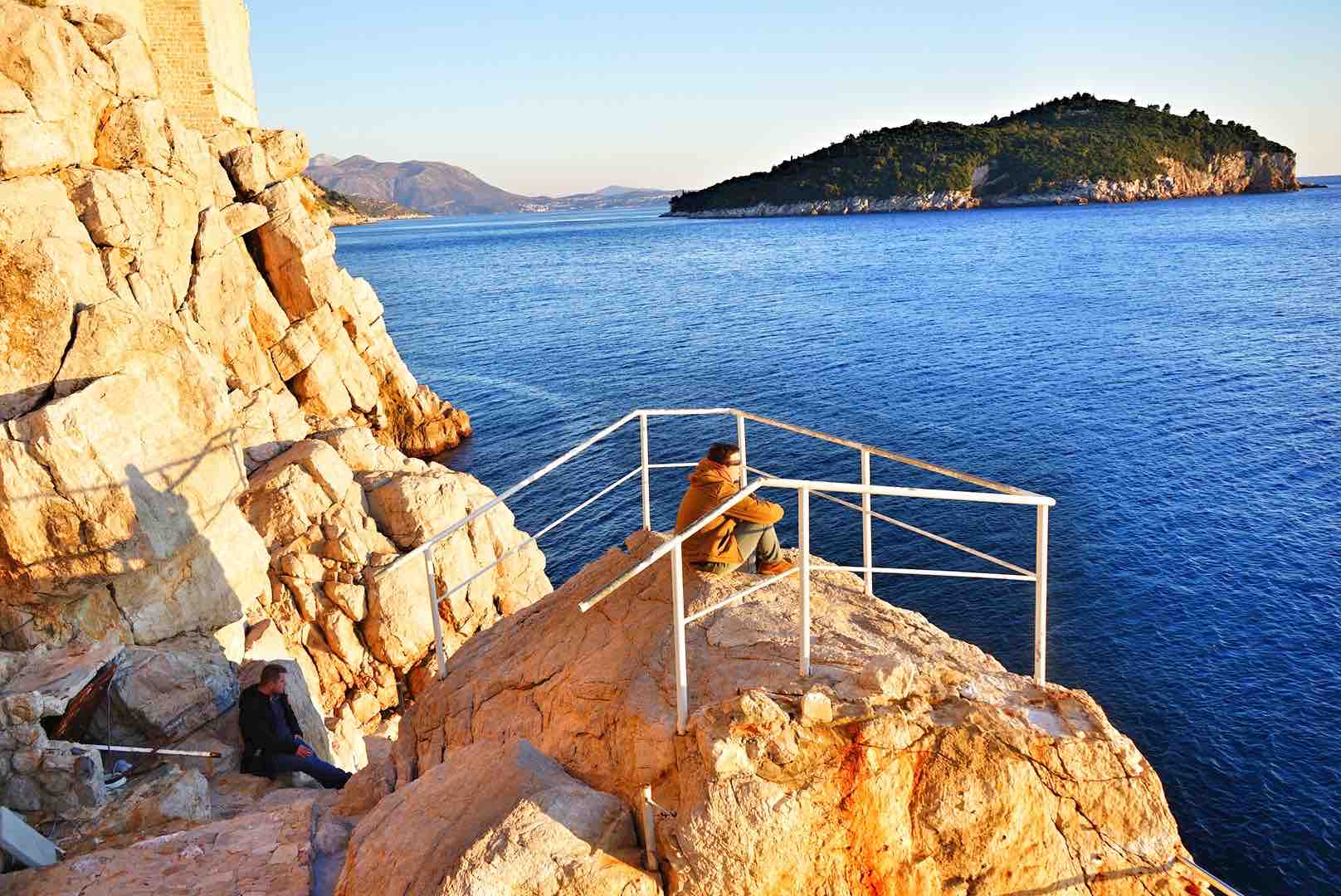 Apparently, the bar is extremely popular for young adventure seekers because of its cliffs perfect for cliff diving. The lower ‘platforms’ are probably where these divers pull themselves out of the water. No one is crazy enough to cliff jump in winter. 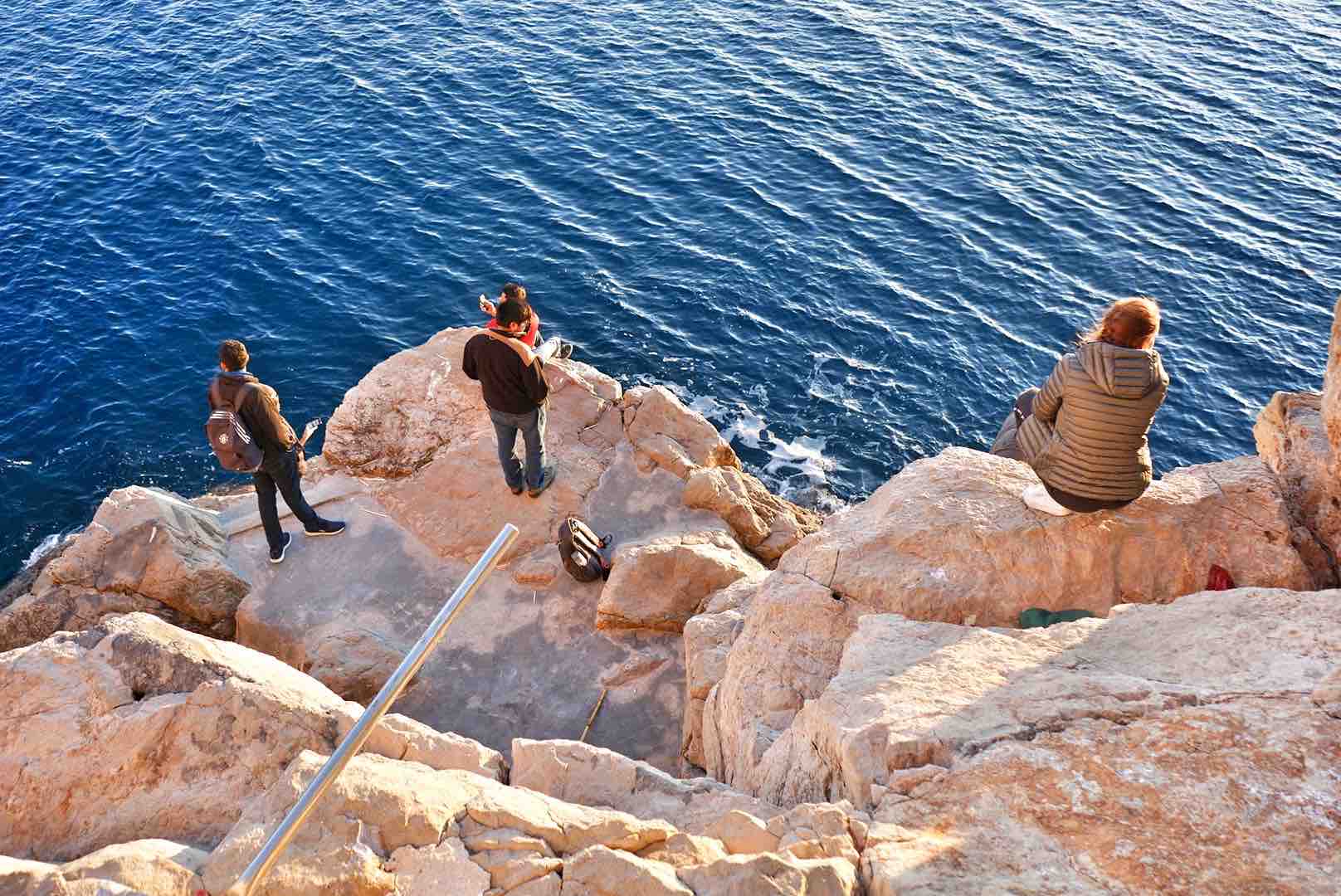 Soon it was time to just chill and quietly appreciate the spectacular descent of the sun into the Adriatic Sea. 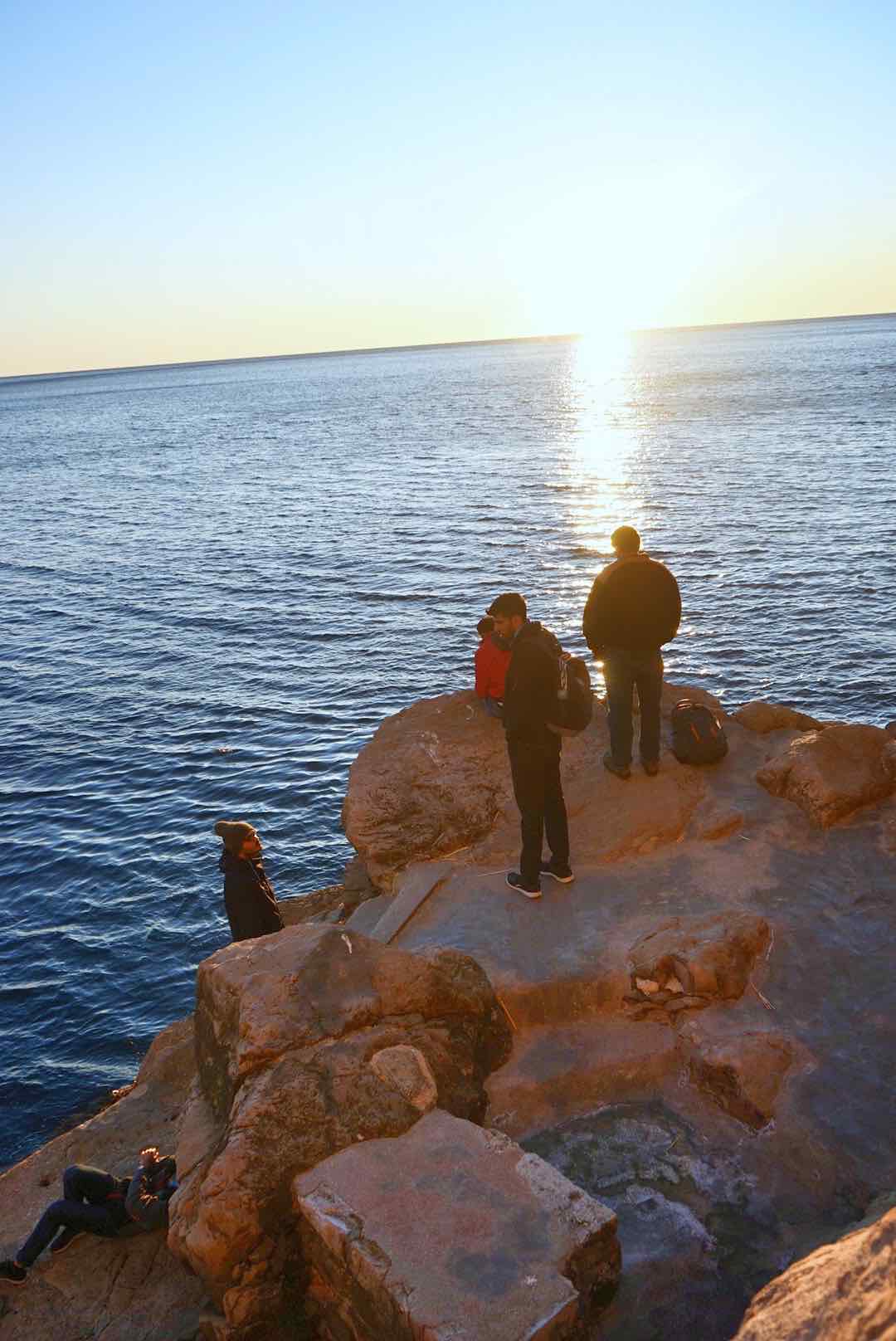 Grab your drink and just take in the moment (and remember to set your GoPro on timewarp too). Just to note, they do not serve food other than tidbits and they accept cash only. Having seen Buza I, we wanted to check out Buza II before we head back to Singapore. It was easy locating the other ‘hole-in-the-wall’ but we were lucky to be guided by one of the local cats. It was making its way there for a seaside slumber under the sun. This was how the ‘abandoned’ Buza II looked during the low peak season. There was literally no one in sight. 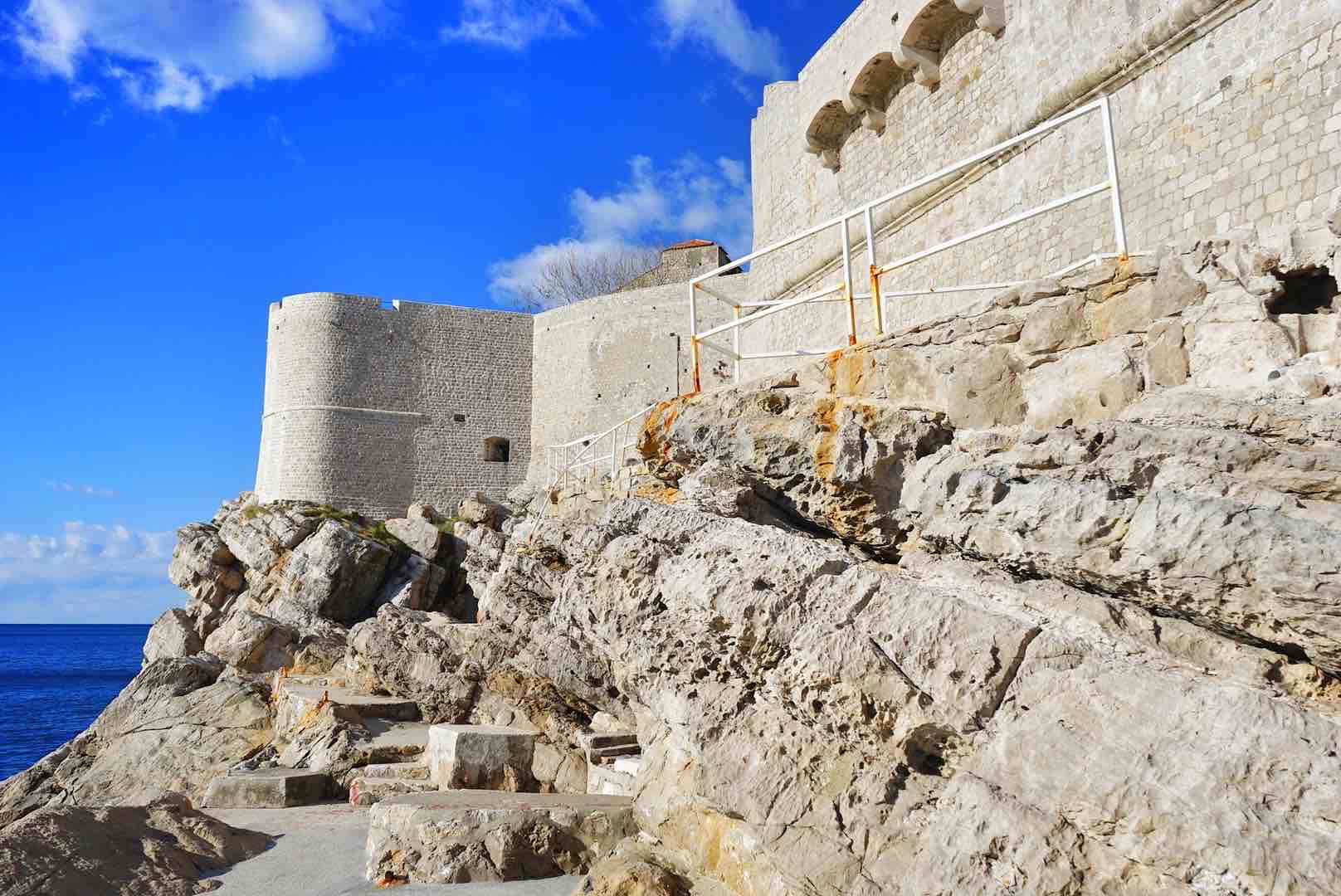 The cliff offers numerous potential spots where folks can just laze with a drink and take in the view. Similarly, there was also a platform leading to the water.

If you are ever coming to Dubrovnik, make a conscious effort to check out Buza Bar I & II. Chill out on the side of a cliff and watching the sun go down into the Adriatic Sea right outside of an ancient city? The experience alone was priceless and we loved every moment of it. 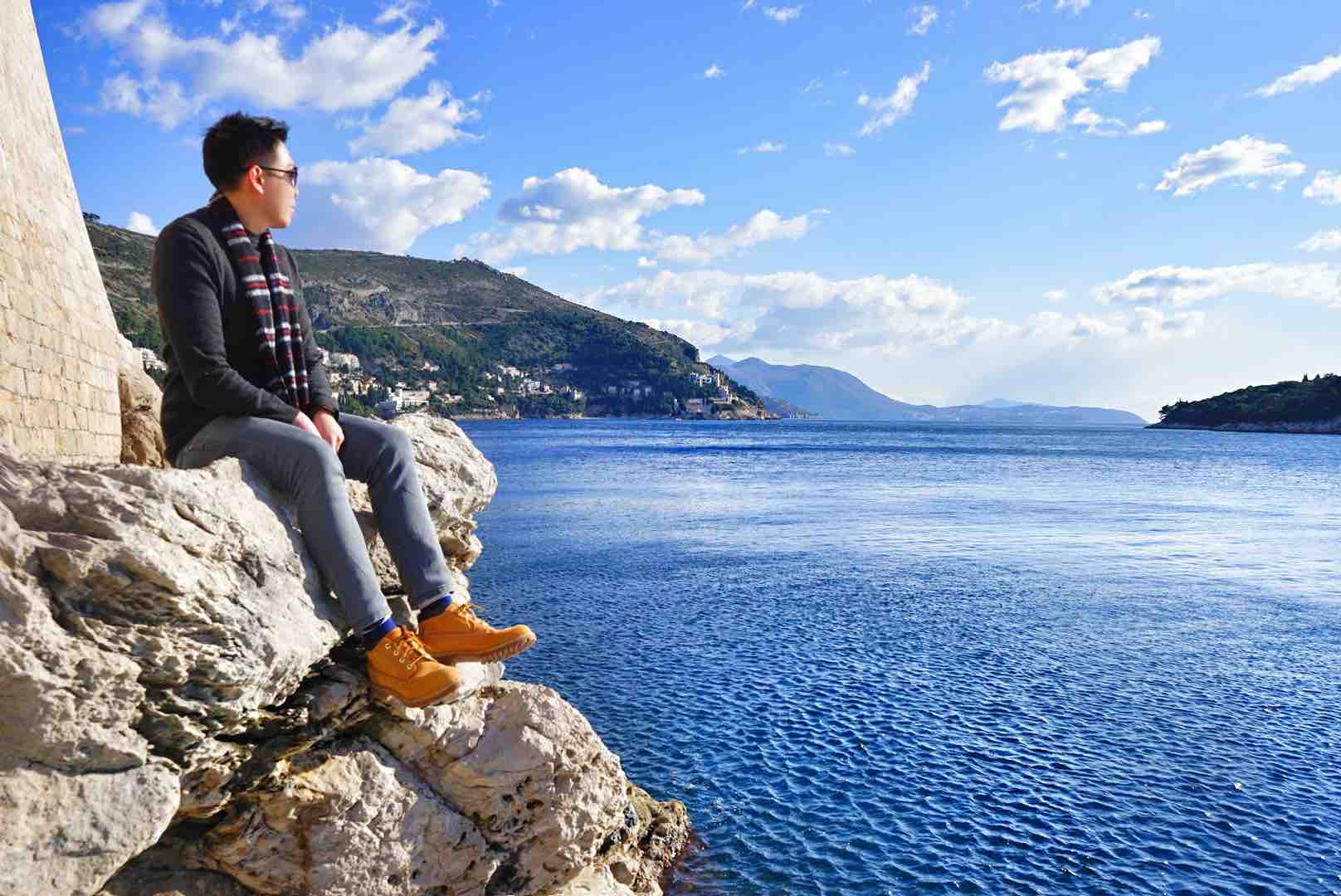