Why You Must Visit Memphis – The Ancient Egyptian Capital

Even if you are not a history buff, you should know that Memphis, Egypt ranked as one of the oldest and most important cities in ancient Egypt. Located just beside the Nile River near the Giza Plateau, the ancient Egyptian city went by the name of Men-nefer (“the enduring and beautiful”) but it eventually became Memphis thanks to the Greeks. If ancient Egyptian ruins intrigue you, Memphis is worth visiting. Now that the world is slowly opening up after the pandemic, there is no better time to visit the city before it gets busy again. Furthermore, it is close enough to Cairo and you can choose from the many day tours available. Here are more reasons why you must put Memphis on your list of cities to visit. 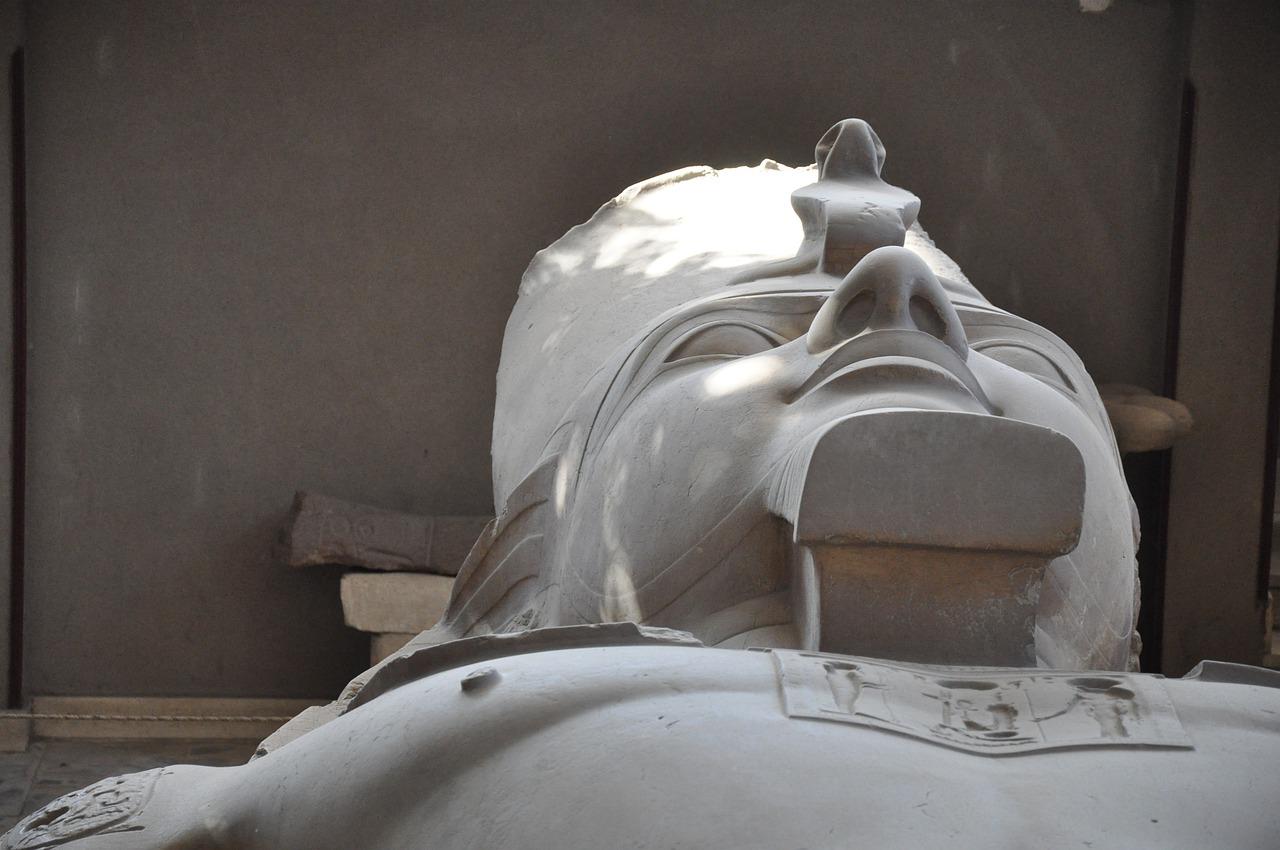 While not much is left of the ancient city to make room for the modern cityscape, the open-air museum of Memphis still offers a good number of ancient ruins as well as a number of important statues.

Located in the village of Mit Rahinah, The Open Museum offers numerous monuments varying in different shape and size. Some of these monuments are huge like the large statue of King Ramses II which stands at the entrance to the museum to the small sphinx which is made of alabaster. You can also get to see The Hathor Head which is made from limestone. The statue pays tribute to the goddess Hathor who symbolized love, motherhood, and music. The museum only takes about 45 minutes to view but is well-organized and of historical importance.

The great temple of Hut-ka-Ptah – or Enclosure of the ka of Ptah can be considered to be one of the more important monuments of the city. Ptah is known as the garden god of Memphis. This is the biggest and principal temple in Memphis while it reigns as Egypt’s capital as well as after. The temple is considered one of the three most significant religious places in Ancient Egypt, ranked together with the Temple of Amun in Thebes and the Temple of Ra in Heliopolis.

A significant number of statues representing Ramesses the Great have been discovered in Memphis. While at the Temple of Hut-ka-Ptah, you must not miss the enormous colossus of Ramses II. Carved from limestone, the statue is displayed lying on its back (because the feet and base are broken off) which offers visitors unique access to viewing its intricate detail. Measuring about 10 meters in length, it was discovered by Italian explorer Giovanni Battista Caviglia (1770–1845) near the southern gate of the temple of Ptah in 1820.

The Alabaster Sphinx of Memphis is commonly known as The Sphinx of Memphis or the Calcite Sphinx. The Calcite name came about because of the white-yellowish stone called calcite which is very close to alabaster in appearance. It was considered pretty and thought to have a mystical solar connection in ancient Egypt. With a length of 8 m (26 ft) and a height of 4 m (13 ft), you will be looking at the largest calcite statue ever discovered. Although the Sphinx of Memphis is significantly smaller than the famous Great Sphinx of Giza, there is something particularly unusual about it. You can spot striations on its left side which are uncommon on Egyptian monuments.

When you are in Memphis, you must make it a point to savor the local food. You will realize that legumes, vegetables, and fruit presence in the rich Nile Valley are commonly found in Egyptian cuisine. Although seafood is common along Egypt’s coasts, most traditional Egyptian cuisine is vegetarian. If you need your proteins, common meats in Egyptian cuisine comprise chicken, duck, and lamb. Lamb and beef are often used for grilling while dishes made with offal are popular fast food in many Egyptian cities.

If you love cumin, you will be thrilled to know that it is one of the most popular spices in Egyptian cooking. Other common spices and herbs used in Egyptian recipes are cinnamon, cardamom, coriander, cloves, chili peppers, parsley, bay leaves, and dill.

For beverages, mint tea is very popular in Cairo and Egypt while beer is well-loved by the locals.

You should complete your visit to Memphis with a day trip to its nearby necropolis at Saqqara. Often termed as one of the most significant archaeological sites globally, Saqqara Necropolis has been used by the ancients of Memphis as the final resting place for royalty, commoners, and even animals.

The most significant tombs located here are that of the Mastaba of Ti as well as King Djoser’s Tomb discovered within the Step pyramid of Djoser, one of the first pyramids ever constructed. Prided as one of the most complex and well-preserved tombs,  The Mastaba of Tiever has contributed by allowing modern dwellers a peek into the life of the ancients in the Old Kingdom. It is cherished as one of the key legacies of information on the societies in that era. The necropolis also hosted one of the biggest resting places for animals and cult buildings. The ancients held pets and animals in high regard, particularly those associated with agriculture and daily life.

To get there, you can choose to hire a taxi from Cairo and bargain for a good package to visit Memphis, Saqqara, and Dahshur. Alternatively, you can also book a guided English-language tour that includes transfers.

We hope we have inspired you to start planning your next trip to Memphis. It is really close to Cairo making it very convenient to visit. The best time to explore this historical city is between April and May. The weather is mild and sunny and you will also get to enjoy and experience loads of fun festivals and events during this period. If you are coming from Kuwait, you may want to check out Kuwait to Cairo flights. Within the city itself, you can effortlessly go about in the city on foot or a bicycle. Do share with us your experience in the comments section below too. 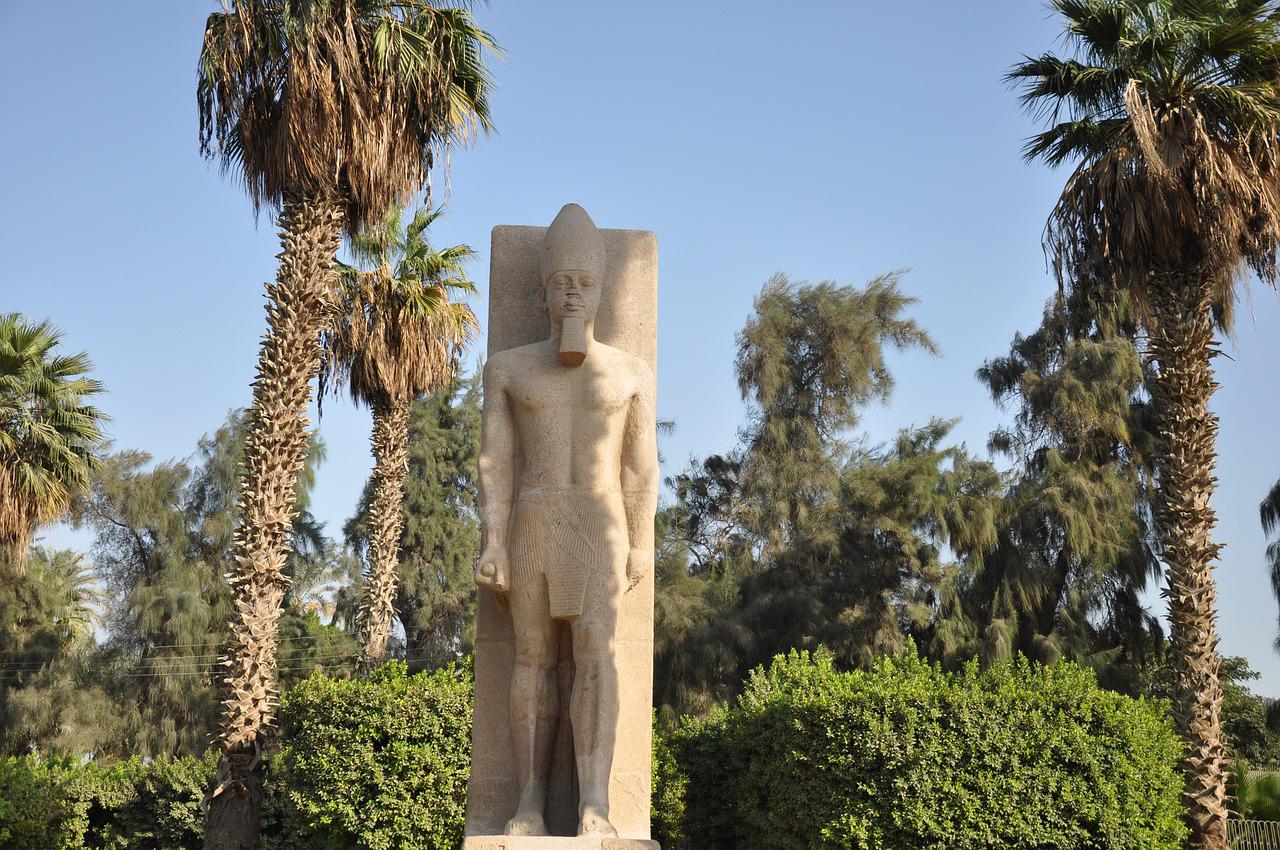