When I was first notified of Prime Minister Lee Hsien Loong‘s Tea Invitation through Facebook, I was a little doubtful. It’s hard to imagine how a commoner like myself will ever get to enjoy the sheer privilege of having an afternoon tea with one of our nation’s top leader at The Istana. But the email and subsequent mail invitation from Prime Minister Office affirmed that it wasn’t a scam. I am one of the lucky few Singaporeans to be invited after social interactions with PM Lee through his Facebook & Twitter accounts. 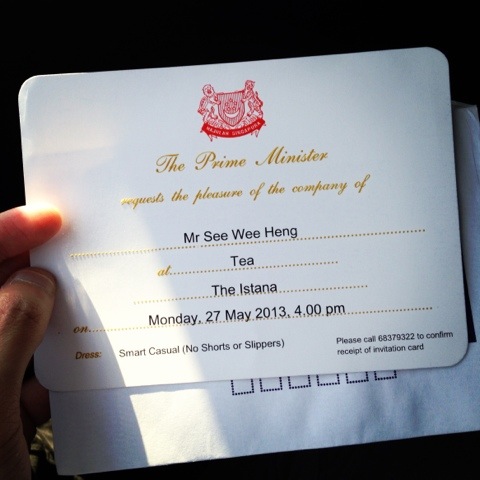 Constructed between 1867 and 1869, the Istana which means “Palace” in Malay, is the official residence of the President of the Republic of Singapore. The Istana was built on land which used to be a nutmeg plantation belonging to Charles Prinsep and have witnessed key milestones in Singapore’s history, including the Colonial Period, Japanese Occupation and finally Singapore’s Independence. Showcasing an architectural style similar to many 18th century neo-Palladian building, it was gazetted as a national monument on 1st October 1993. 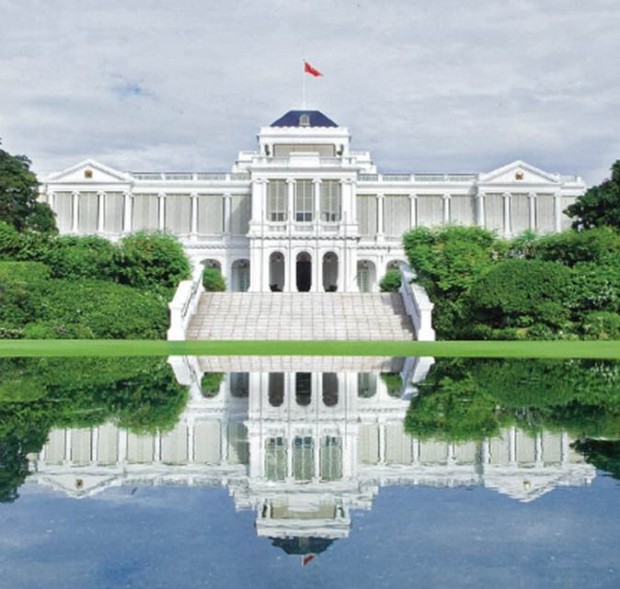 To make sure that I am on time, I reached the Main Gates half an hour before the tea session on 27th May 2013. The guards received me warmly and a vehicle was all ready to ferry me over to The Istana building. Along the way, I passed by Swan Pond – the largest of the four ponds in the Istana grounds before reaching the Centre Gate. Thereafter, I only managed to catch a quick glimpse of the Japanese Garden and Gun Terrace before the vehicle stopped at its intended destination. 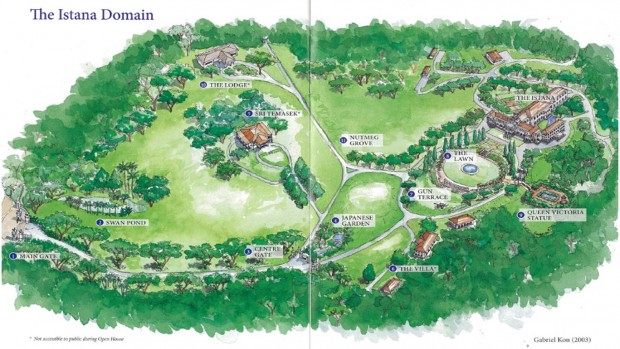 Once through the gate of the Istana building, I was guided to the 2nd floor’s East Drawing Room where state dignitaries were usually received. The 2nd floor is closed to public even during Istana Open House. 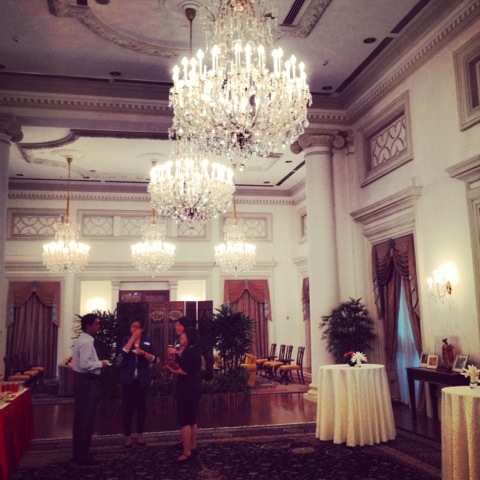 At the far end is the Yusof Room which is named after our first president, Mr Yusof Bin Ishak. This is where the tea session with PM Lee will be held later. Coffee & tea was served over casual conversations with the other Prime Minister’s guests. It was interesting to note that everyone came from diverse backgrounds but being Singaporeans we had common topics to share and I really enjoyed the mingle. 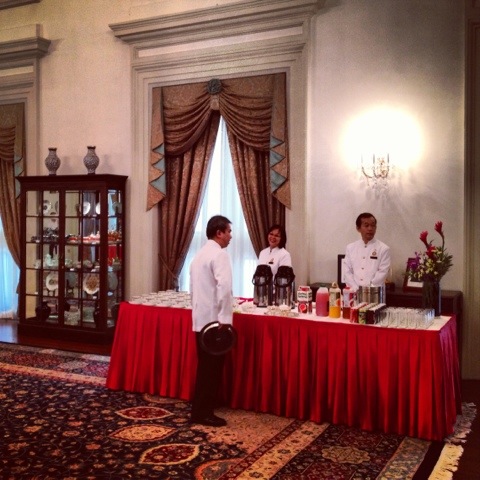 Drinking coffee straight out from a cup that bears our national emblem is a first! 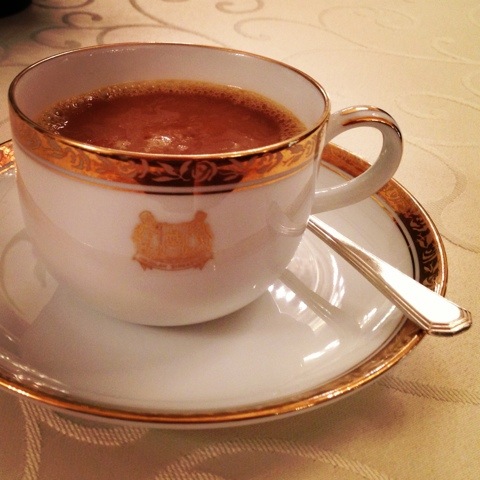 The coffee was perfectly normal. I am just obsessed with the tea cup and saucer….. 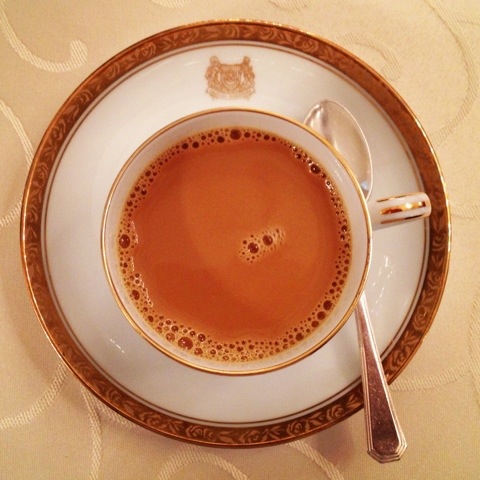 When PM Lee arrived, he made it a point to chat up with each of his guests to get to know them better before proceeding for a seated tea session. It was only during these chats that I got to know Nur’rahmahdiah saved her colleagues in last year’s Jurong Shipyard incident. Shabir, Galvin Sng, Siang Yu and Jeremy Monteiro have written songs or produced videos about Singapore and social worker Fareez helps the less fortunate in Ang Mo Kio. They are all excellent examples of Singaporeans with hope and heart. That’s PM Lee chatting up with Catherine Leck, one of our local entrepreneurs with a strong drive to succeed.

Our group discussed all sorts of issues that were close to Singaporeans’ hearts from property and cars ownership to education, technology and social media. We were happy to have the opportunity to share our thoughts as ordinary Singaporeans with PM Lee.

We can tell that PM Lee earnestly seek to hear from the ground and he was really patient with answering our questions. Everyone agreed that social media was an integral part of our lives. That was when PM Lee shared that he was going to launch his own Instagram account on the very same day to reach more Singaporeans, especially younger ones.

Mr Baey Yam Keng later commented on his Facebook wall that PM Lee must enjoyed the sharing session because it overran by 30 min! To end off the wonderful meeting with PM Lee and fellow Singaporeans, everyone got together for a group photo.

And I have got my personal photo with Prime Minister Lee Hsien Loong! 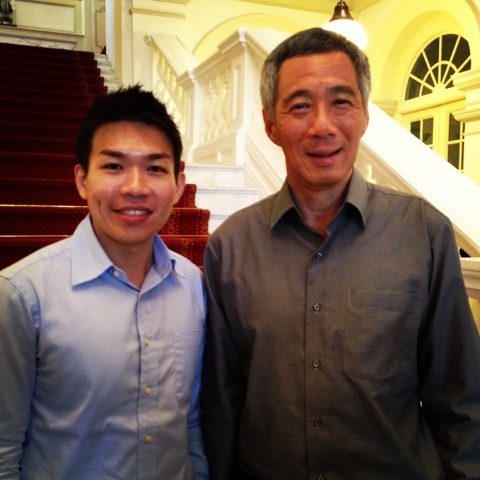 I also managed to get a nice shot with one of our trendiest Members of Parliament (MP) Mr Baey @YamKeng. Too bad I am not staying in Tampines! 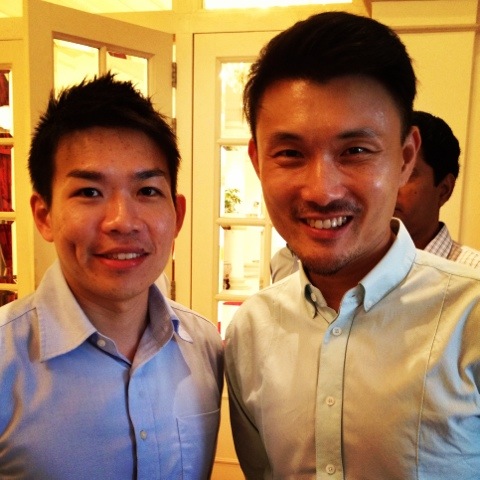 Almost everyone stayed back for a tour of the Istana. It was a pity that photography was not allowed in the other rooms else I would have taken more to share. Our guide presented the Reception Hall where Singaporean dignitaries are introduced to visiting Heads of States and government officials as well as the State Room which is used mainly for ceremonial purposes such as the swearing-in of ministers and national award investitures. The Banquet Hall housed a 220kg, 2.35 metres wide Maria Theresa-styled candelabra chandelier which will put all our usual fancy lightings at home to shame! As its name suggest, the hall hosts state banquet in honour of visiting Heads of States, Heads of Government and exhibits state gifts during the Istana Open House. 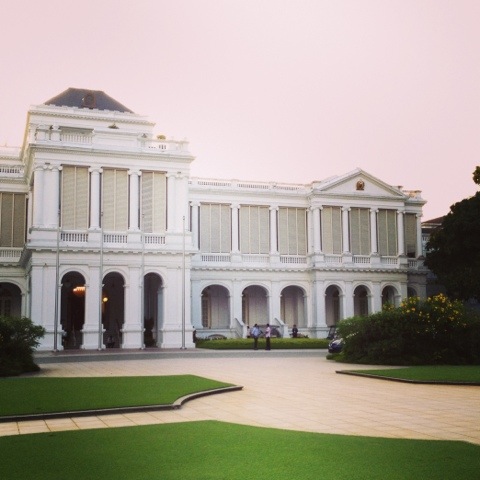 We proceeded outside to explore the Istana Front Lawn.

Since colonial times, garden parties were a common sight on the Front Lawn. In the centre of this English garden lies a circular fountain. From here, you can take in a good view of the Istana building and the Presidential Standard flying from the tallest point of the building. 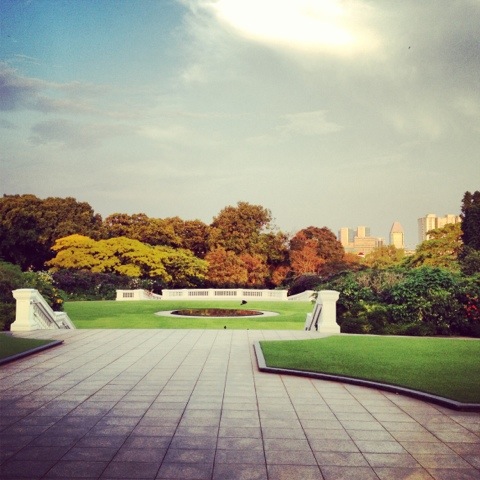 One last photo for memories’ sake before we call it a day.

Instead of taking a car out, a few of us decided to opt for the golf buggy. Zipping through the Istana grounds via this slow moving vehicle is one of the best ways to  soak up the quiet sense of dignity and of course admire the beautiful landscape. 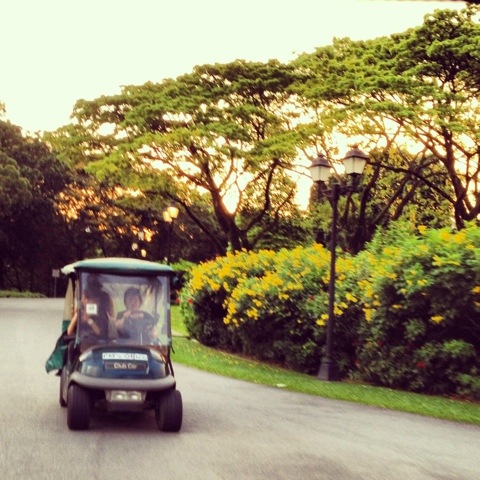 My afternoon tea with Prime Minister Lee, Mr Baey Yam Keng and fellow Singaporeans is a memory that I will forever hold close to heart. I am grateful to the opportunity to be up close and personal with our nation top leader and hear his views on common Singaporean’s grievances. I shall end off my post with the video from Prime Minister Office that summaries our experience.