The pop-up attraction “Once Upon A Time on The Orient Express” will open in Singapore on 12 December 2020 at Gardens by the Bay. The historical monument of carriages from the Orient Express has embarked on its journey towards Singapore, having set off from Paris. A legendary train that served as one of the main bridges between East and West during the second half of the 19th century, this pop-up attraction will continue its history in the most lyrical way through the prism of culture and heritage, sparking a sense of wonder in the minds of travellers all over the world.

“The Singapore Tourism Board is delighted that Singapore will be the first destination to showcase the Orient Express outside of France. “Once Upon A Time on the Orient Express” at Gardens by the Bay, in partnership with Arab World Institute, reflects the spirit of collaboration to create unique and immersive experiences for locals and visitors,” said Mr Keith Tan, Chief Executive, Singapore Tourism Board. “The launch of this pop-up attraction during these times is a testament to Singapore’s global appeal and also reflects confidence in us as a safe and trusted destination.” 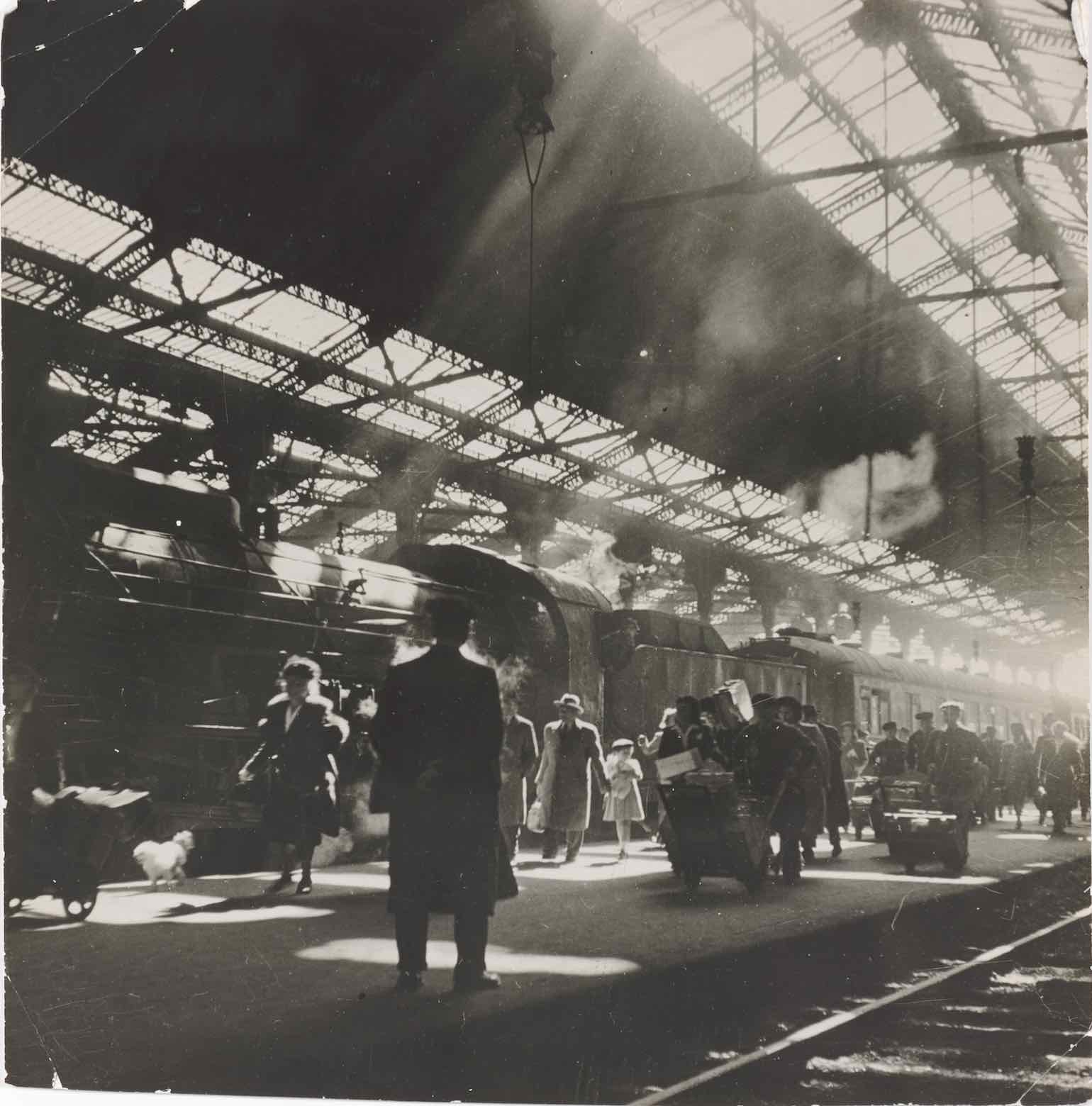 Once Upon A Time on The Orient Express – Pop Up Overview

For the first time ever, two of the original train carriages and locomotive, along with over 300 artefacts will leave France destined for Singapore to sit within the 2000 square meters exhibition space within Gardens by the Bay. 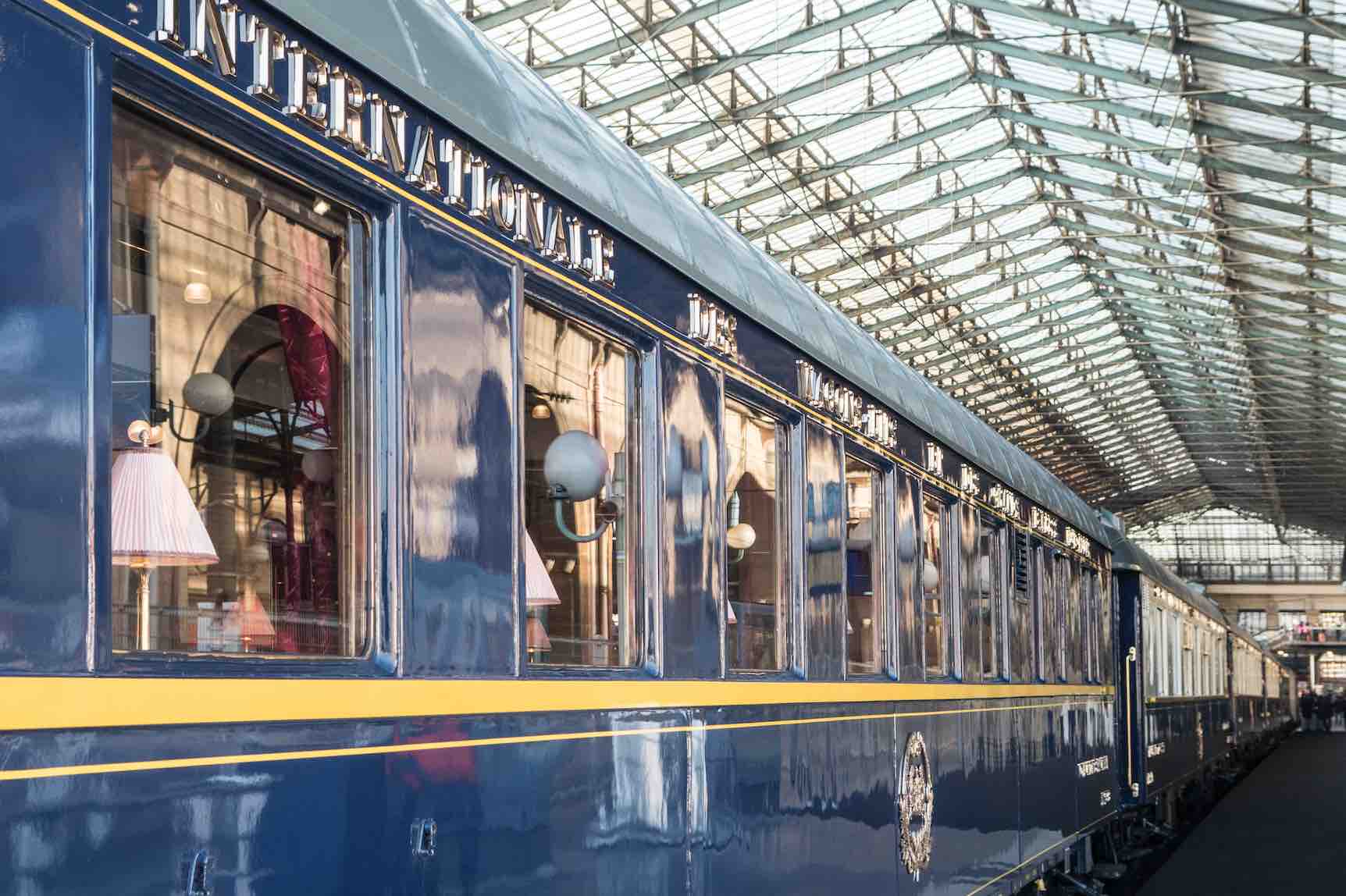 The mythical carriages of the Orient Express include the fourgon car and a Pullman car built-in 1929 with interiors decorated by René Prou, featuring superb lemon burr marquetry inlaid with pewter floral motifs. You can temporarily bask in the experience of travellers who have used the train for decades, accompanied by the cinematographic dimension of the myth, which owes much to literature and cinema. 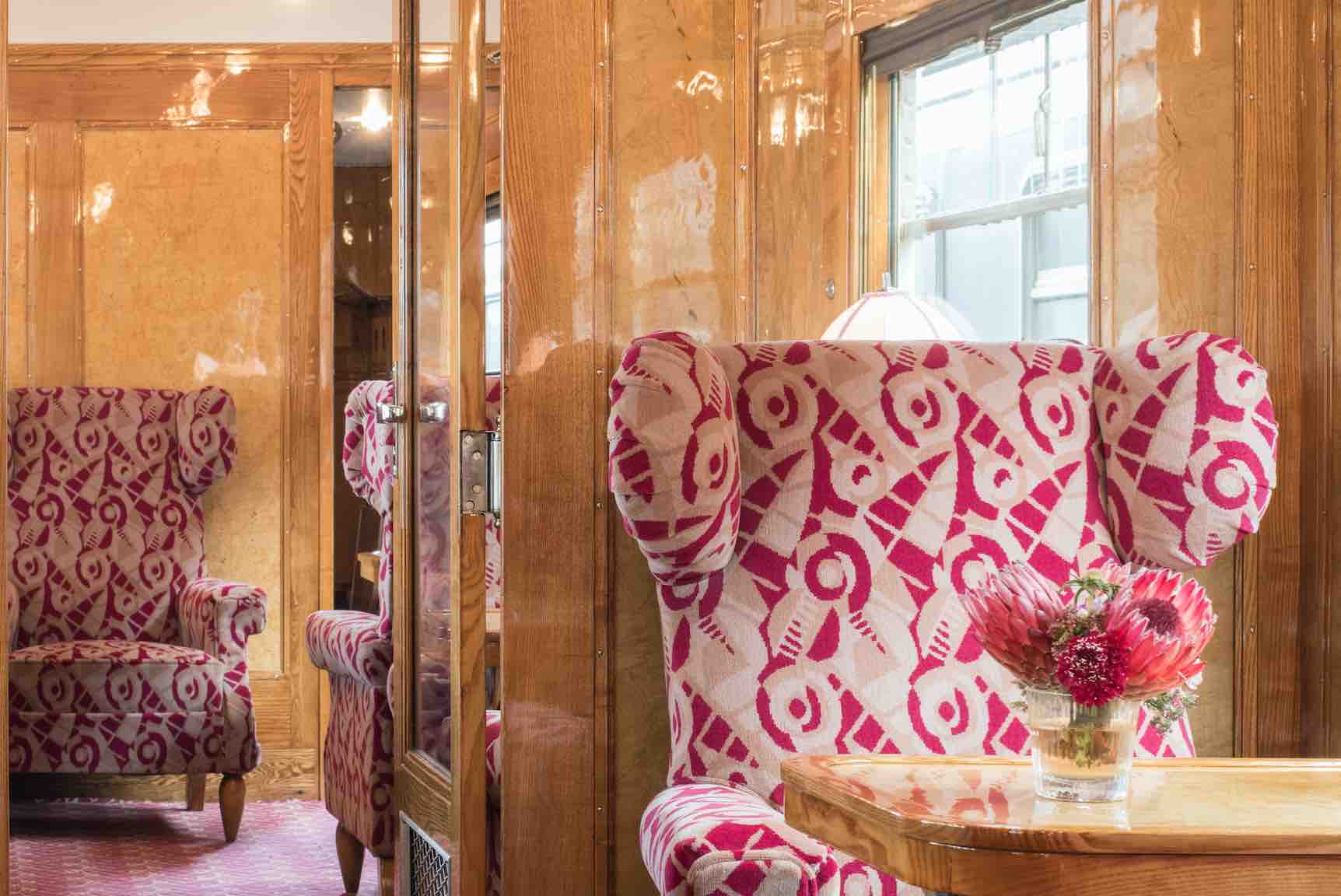 CEO of Gardens by the Bay, Mr Felix Loh, said, “We are indebted to the French people for sharing with us this national treasure of theirs. We have no doubt this extraordinary showcase will bring delight to our local visitors and add to the offerings we have in store this year and next. With overseas travel on hold for many, we hope to bring a bit of the world to the Gardens, so that Singaporeans can spend some quality time with their family and friends this holiday while keeping safe.”

The Orient Express was known for its lavish decorations, and travellers were spoiled like movie stars and royalties. With its theatrical characteristics, this train has been a universal attraction since its creation in 1883. A masterpiece in itself, the train is constructed with Cordoba embossed leather ceilings, Lalique crystal bas- reliefs Gobelins tapestries, velvet curtains from Genoa, silverware, precious tablecloths and crystal fine glasses. Since its inauguration, the Orient Express charted forth to the rhythm of European history and geography, evolving alongside with cross border relationships and world history. The pop-up attraction is a reminder that this train was in its own way a testament to the relationship between the East and West. It is not only a witness of the modernisation of the Middle East and the advent of the railroad in view of the domination of maritime links but also the symbol of Europe that was formed before its time. 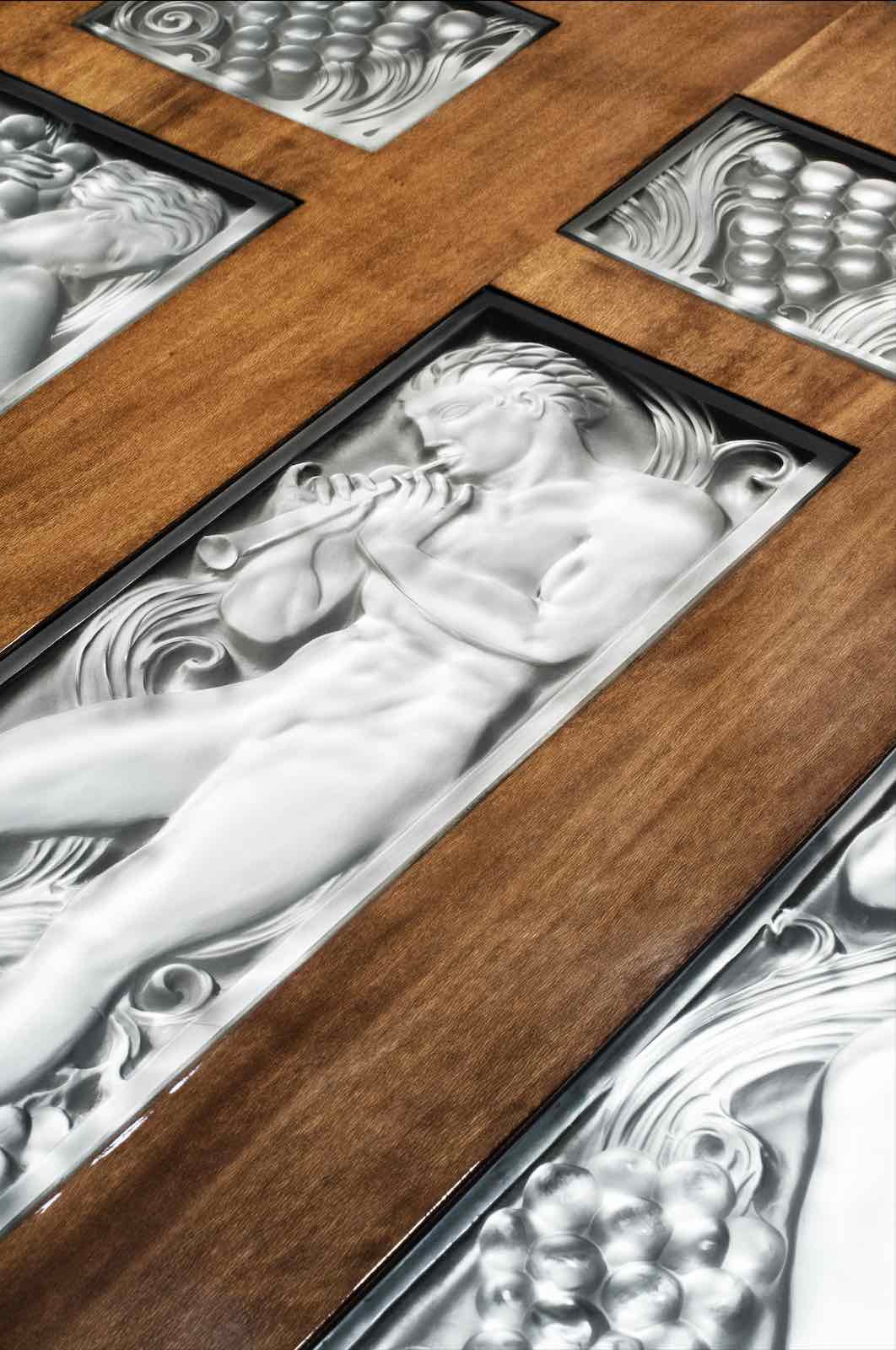 For three-quarters of a century from 1883 to 1956, the Orient Express created and enchanted history. It was like a theatre witnessing the unfolding of major political events, and those historic moments are relieved when one steps into the pop-up attraction.

Kicking off the experience at a facsimile train station, the voyage continues in the showrooms, where objets d’art, archival documents, photos, news videos, movie extracts and items from those eras evoke the rich literary and cinematographic heritage inspired by the Orient Express. Referencing the different stops on the train’s past itineraries, the touring exhibition travels to cities that form part of the train’s historical itineraries, like Venice, Vienna and Istanbul.

Another area of the pop-up attraction is devoted to the desire for the Orient conveyed by the Orient Express and how it abolished borders. Texts, works of art and films like the one-shot in Lebanon in Rayak station by Gilles Gauthier and Eric Damon, spoke in turn about the correspondences that arose between Orient and the Occident, to remind visitors of the meaning of travel.

The dining car once served cuisines reflecting countries that passengers journeyed across, with a spread worthy of the greatest Parisian restaurants. As a special gourmet highlight at the pop-up attraction, Michelin-starred chef Yannick Alléno, awarded twice with three Michelin stars, will be offering diners a unique experience to dine lavishly on board the replica Anatolia dining car that will house the pop-up restaurant. 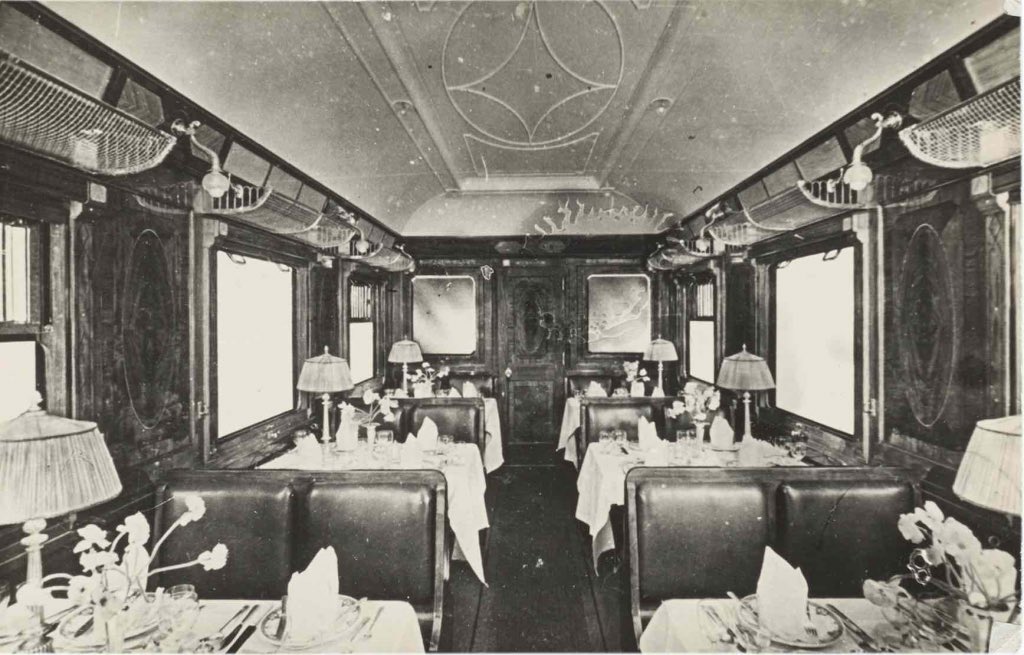 This car replica was built in 1925, with its luxurious interior decoration based on the drawings of the great British cabinetmaker Albert Dunn, proposing marquetry and mahogany wood-panelled walls with garlands of flowers in a variety of deluxe wood.

Recipes have been created especially for this showcase, and everything has been carefully curated to reflect and mirror the legendary meals of the era, both in terms of the dishes and the decoration. Following the codes of French gastronomy and fusion cuisine, whether it is consommé or modern food, Chef Yannick Alleno’s creations are elegant, courteous and creative, the perfect interpretation of the myth of the Orient Express in all its glory. 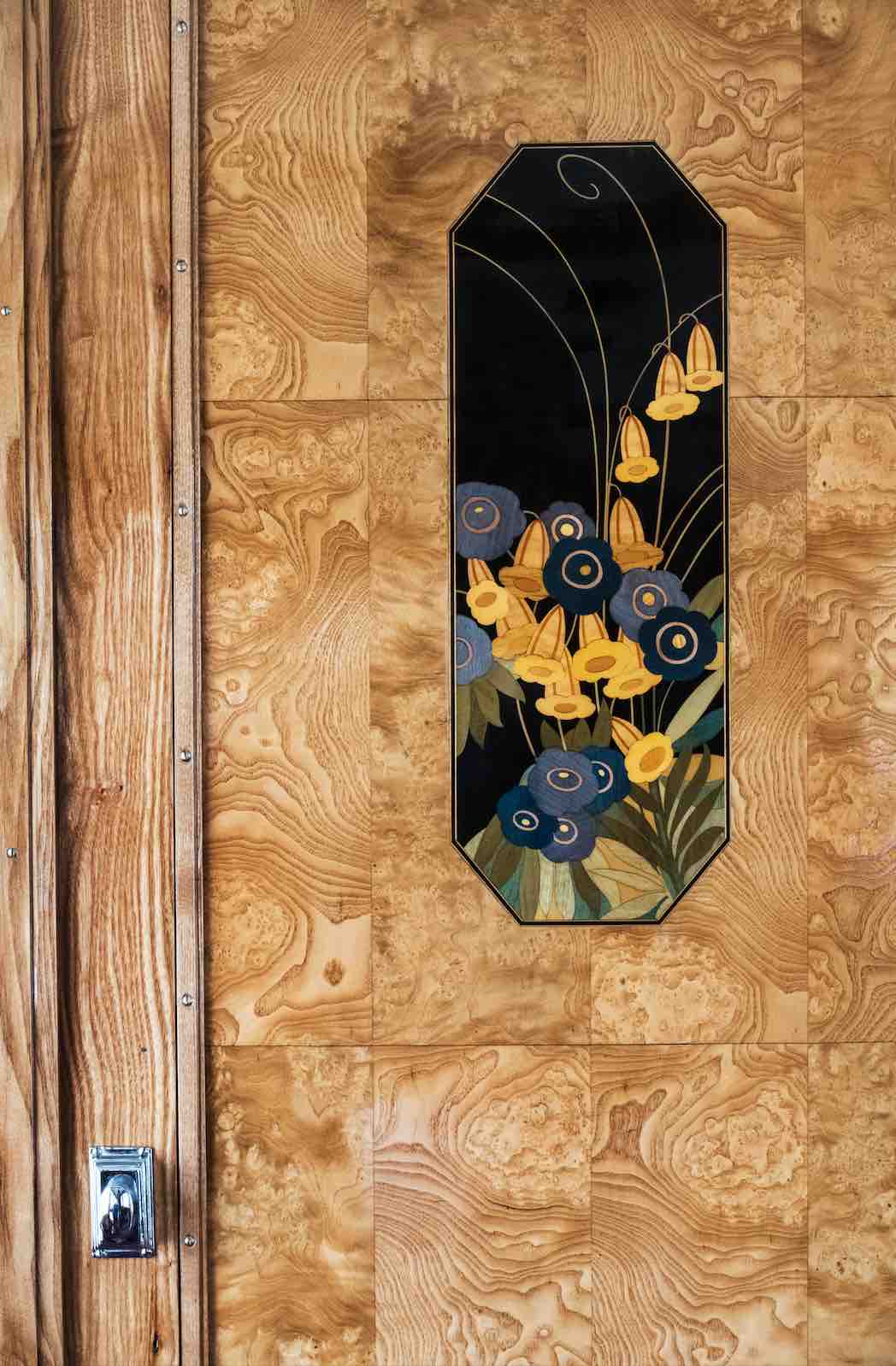 “Orient Express has given me the chance to express myself through their pop-up restaurant that took place in an Orient Express car situated on the square of the Arab World Institute in Paris in 2014, and my second collaboration was in 2016, for “La Table Orient Express”, the travelling restaurant with exclusive dinner experience. Being associated to a magical name such as Orient Express for the third time is a fabulous opportunity. The Orient Express is a fairy-tale universe linked to travel, culture and gastronomy. It has always spread ‘l’art de vivre à la Française’ (the French art of living) to the entire world. I am very proud to be associated with this project and to be able to offer a pop-up café and restaurant experience made especially for “Once Upon in Time on the Orient Express” in Singapore,” remarked Chef Yannick Alléno.

Passengers can step aboard the Orient Express dining experience and enjoy a gourmet meal amid period décor from the train’s heyday in the 1920s. Tables can be booked online at www.orientexpressexhibition.com. Apart from the Orient Express Pop-Up Restaurant, visitors can also seek respite after exploring the pop-up attraction at the Orient Express Road Café. This special 40-seater café will give visitors the chance to embark on yet another journey through coffee blends that were discovered and made famous by the many stops along the Orient Express route such as Paris, Venice, Vienna and Istanbul.

Curated specially for Singapore by Visionairs in Art, the menu will include the traditional local coffee, Kopi O. Helmed by Chef Alléno, the team will prepare an exquisite selection of dishes aligned with the road map concept. Reservations will not be required, visitors can also choose to take away their orders. 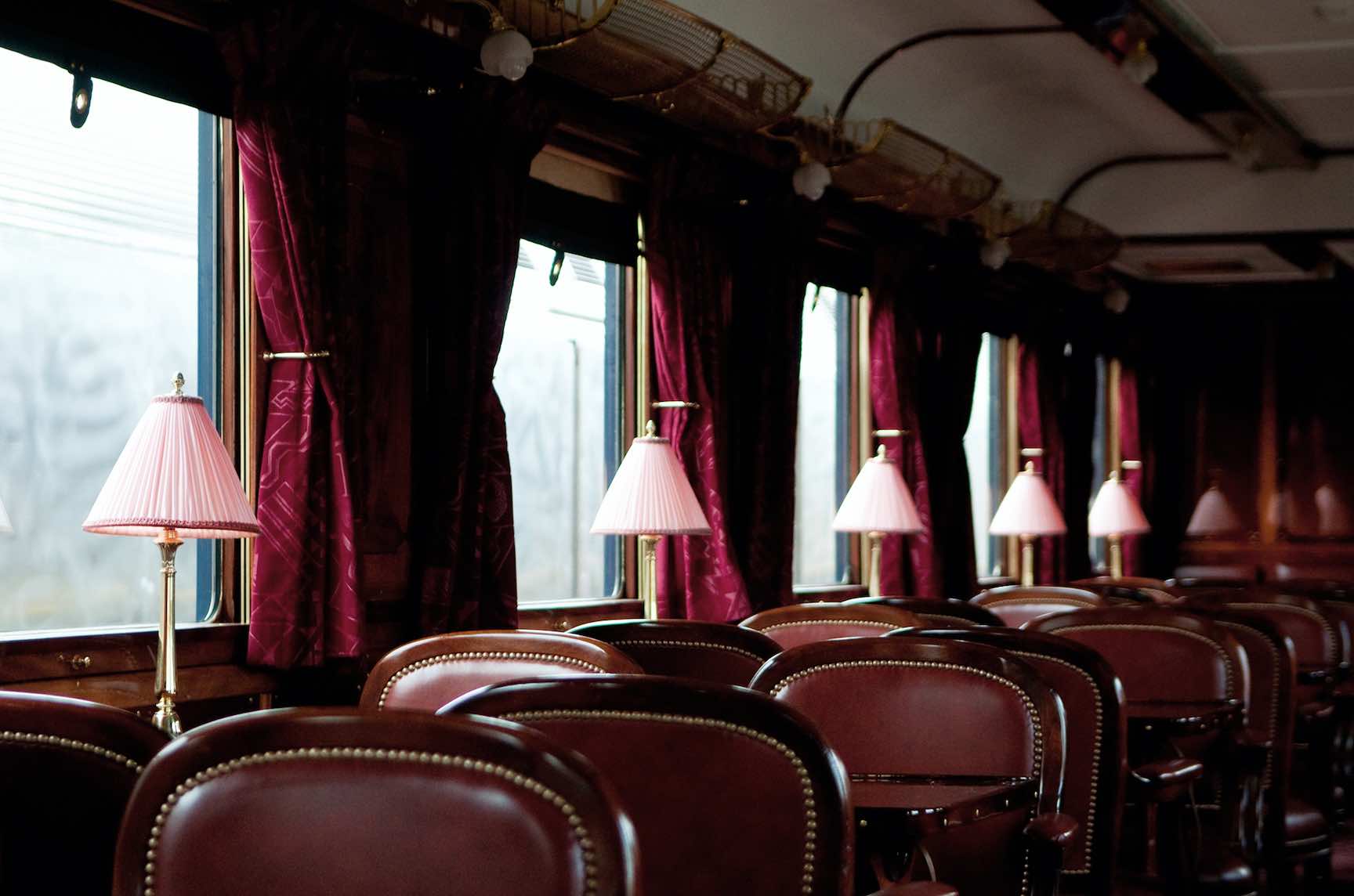 ‘Once Upon A Time on The Orient Express’ is a ticketed exhibition. To gain admission, visitors must first reserve their tickets (access to the booking platform on orientexpressexhibition.com). Admission tickets sold are only available for the selected time and date in accordance with Safe Management Measures. 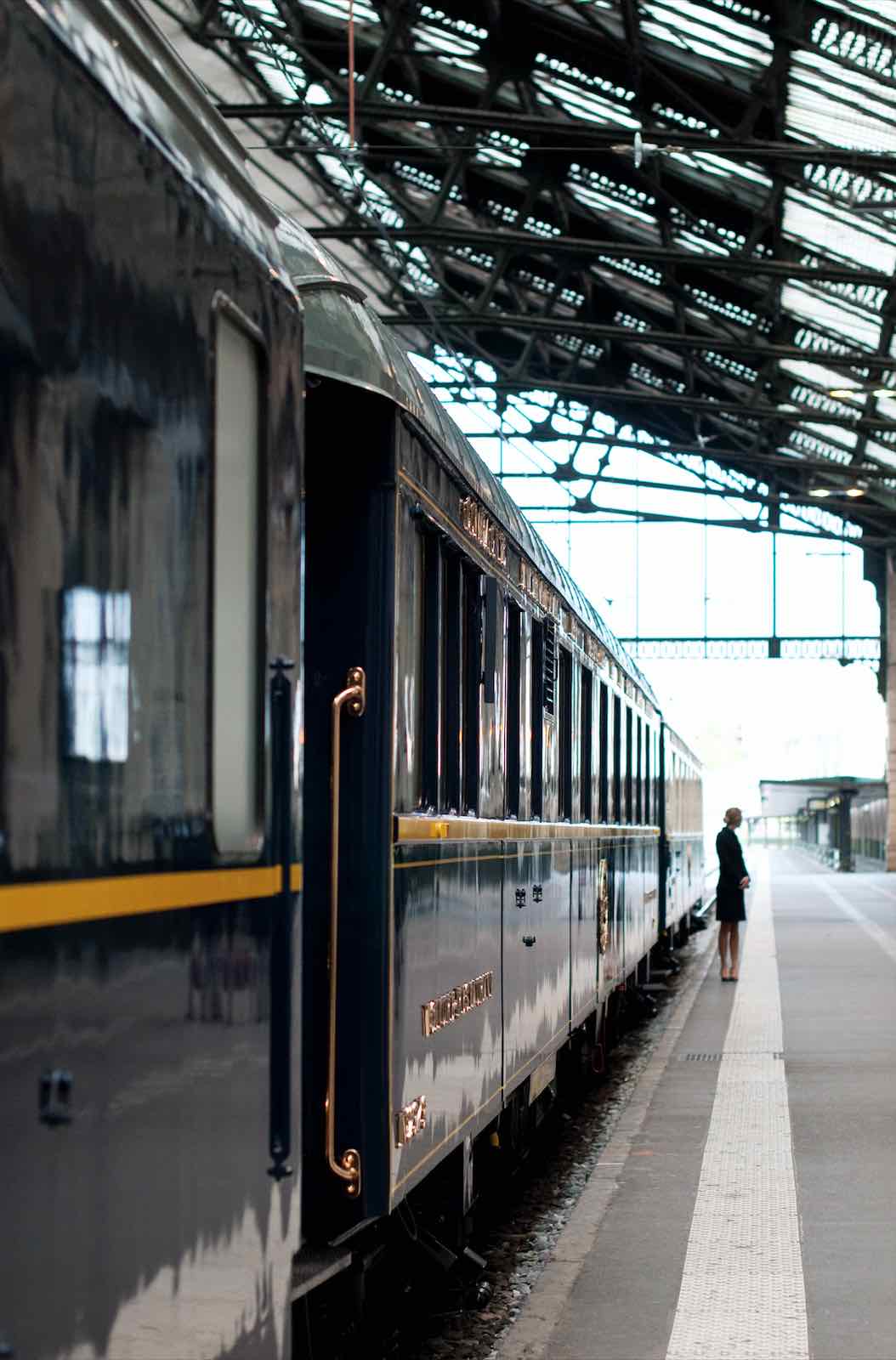