The Singapore society is obsessed with paper qualifications which determines its bearer’s job progression and set a glass ceiling to their career potential. Our Human Resources folks derive great satisfaction from making quick works of their staff career potential classifications based on their education qualifications and grades. Every parent pinned high hopes on their children to graduate from University and become a doctor, lawyer or banker (so typical). If your child lack the academic inclination and end up in The Institute Of Technical Education (ITE), that’s it for his or her life. ITE equates to It’s The End. Why did we end up in this stage and what must we do to get out of it? Can we still ASPIRE towards a ‘One Race To The Top’ for all Singaporeans? 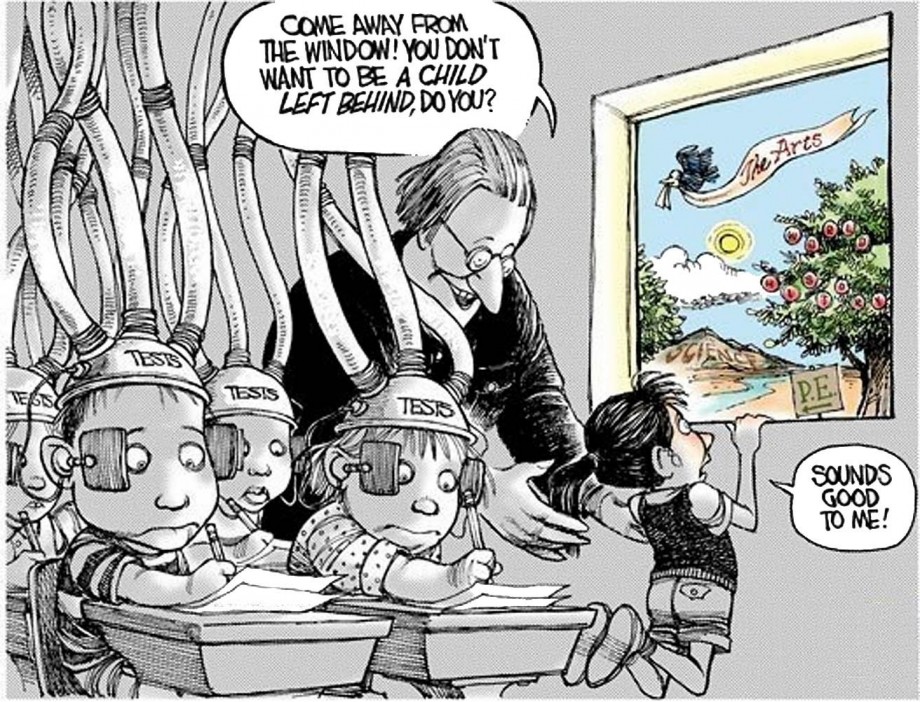 This obsession is no fault of Singaporeans. For decades, our government placed great emphasis on education achievements when it take its pick from our fresh local graduates. It is no secret that only 2nd Uppers Honours Degree Honours eventually get hired into ministries, statutory boards and agencies.

Even in the army, we see leadership qualities, capability to perform under pressure, strategic thinking and personal fitness take a back seat when it comes to comparing qualifications. It is interesting to note the difference in price tag between a Lieutenant with Diploma and a Lieutenant with Good Honours and Above.

Never mind that you are more wimpy, less likeable as a leader, cracks under pressure and can’t run to save your life. You deserve $1,500 more every month just because you graduate with a Good Honours Degree from a recognised university. Gosh, I hate to be following such an officer during wartime.

With such precedent set by the public sector, how else would you expect Singaporeans to interpret and react?

Singaporeans Study For The Wrong Reason

Similar to our government, the Scottish government also uses the meritocracy narrative and university degrees in Scotland are free for Scottish students (I am so envious of our Scottish friends). Education is open to all regardless of their ability to pay.

In a recent Facebook post discussion, a Scottish friend of mine shared about the stark difference between how Scottish folks and Singaporeans view education. Singaporeans choose their course based on a particular career in mind. We like to go for courses such as Medicine, Law, Banking & Finance or Engineering which gets us to high paying jobs once we graduate.

But in Scotland, there is a detachment in people’s minds between education and occupation.

The Scots pursue degrees not always because there’s a particular job in mind. Many of them have qualifications in music, or philosophy, history of art, etc.: courses that have no obvious job progression. They are encouraged to do a degree in subjects that interests them and that will stimulate their personal growth as an individual.

To them, whether that skill is learned at university or somewhere else is another matter. There are other skills and courses that an individual can do to develop their craft which may require a specific degree in a subject area, or it may not. 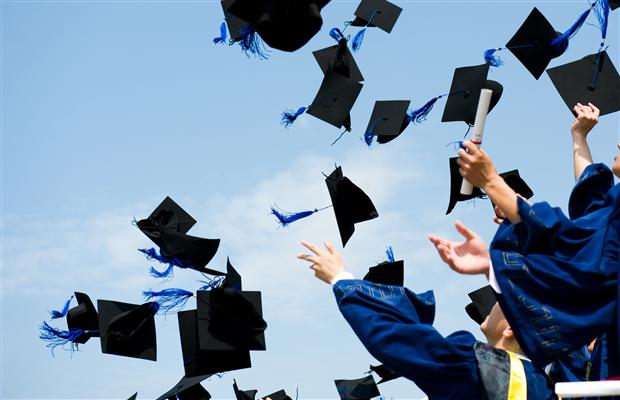 As Singapore evolves and its economic environment becomes more dynamic and complex, the demand for a wider range of skills, competencies and expertise will increase. Gone are the days where our education system churn out batch after batch of model Singaporean worker prototypes and direct our youths to courses to fill specific labour gaps in the market.

Our education system now question the skills and competences that our youths require to adapt and succeed in this fast shifting global arena. Multiple educational pathways are now created to cater to the different strengths and interests of our students. We recognise the fact our children do not progress at the same pace when it comes to education. While we celebrate and push those who are academically inclined to go further, we must offer opportunities for late bloomers and less privileged to have a chance to catch up and compete on equal grounds at a later stage.

It is also high time for us to acknowledge and accept that there are other non-degree routes to success. Just as we accord a high level of respect for MBA-armed CEOS, we should also realize that skilled technicians, highly trained mechanics, talented craftsmen, accomplished artists, or anyone who has honed his craft to an exemplary level, deserve our respect too. As such, polytechnic & ITE should not be seen as being inferior compared to the university education.

How Do We Fare So Far?

In the public sector, it has traditionally placed significant emphasis on paper qualifications, and there are usually different starting salaries and career paths for degree- and non-degree holders.

A sea change is needed, but we are off to a good start with Prime Minister Lee saying this of the civil service in his National Day Rally speech.

“The Government, as a public service, as an employer, we will do our part. The Civil Service does offer fulfilling careers to non-graduates. For example, in the People’s Association, there is a single scheme of service, whether you are a graduate whether you are a diploma holder, you join the same scheme of service, you join at different points, but after that, your advance is based on merit and there have been many non-graduates who have progressed to senior manager positions based on their ability to do the job well.”

Over at the National Trades Union Congress (NTUC), it has been pushing for performance-based equal employment opportunities for over a decade. These initiatives may not be called ASPIRE, but they are definitely effort to help workers climb up the career ladder, regardless of the academic qualifications they hold.

Through the years, NTUC has implemented a variety of different programs and initiatives to charge changes at the organizational level, as well as to train and better equip workers with skills so that they can have an equal share of the progression pie. For instance, through the implementation of Skills Redevelopment Programme and Job Redesign Programme, the labour movement has reviewed and redesigned jobs and also re-skill workers so that there is improved employment opportunities for all.

The Singapore Workforce Skills Qualifications System (WSQ) is also worth a mention. Almost a decade old, the WSQ unlocks avenues for workers to obtain nationally recognized and industry-relevant qualifications. This results in leveling the playing field relatively, so that even those who are not highly educated or degree holders have a chance to advance professionally. The WSQ develops skills and education framework that are industry-specific, and focuses on the development of job-based skills and competencies. Industries that the WSQ has covered include Aerospace, Community and Social Services, Floristry, Healthcare Support, InfoCommunications Technology, Security, Marine Workplace Safety and Health, Tourism Management, etc. Labour MP Patrick Tay has recently also been advocating that the WSQ be expanded to include a greater PME focus.

For unionized companies, the Labour Movement has been working with employers, especially during Collective Bargaining to define career progression without necessarily tagging to educational qualifications, and fighting to include these into the Collective Agreements (CAs).

To prepare and empower Polytechnic and ITE graduates to thrive in the economy of the future, the Applied Study in Polytechnics and ITE Review (ASPIRE) Committee has been formed to review and recommend enhancements to the applied education model at the Polytechnics and ITE. Chaired by Ms Indranee Rajah, Senior Minister of State, Ministry of Law and Ministry of Education, the Committee will look at enhancing career and academic progression prospects for Polytechnic and ITE graduates through the strengthening of industry linkages to provide work-relevant training for students, enhanced educational and career guidance, and pursuit of industrial research, innovation and enterprise activities that support the Polytechnics and ITE’s academic mission. 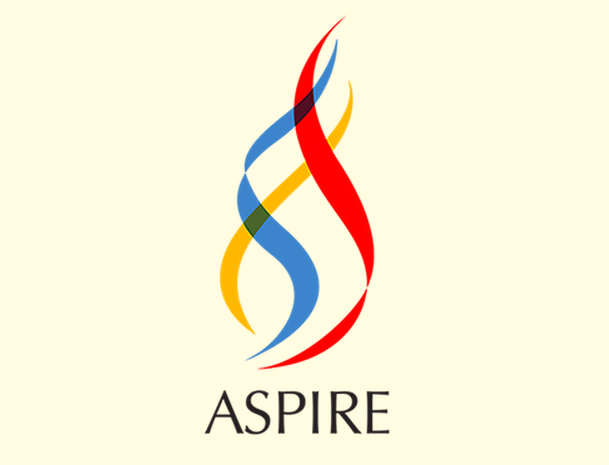 The review, which will involve the industry, students and other stakeholders, aims to present recommendations that will create significant impact for our Polytechnic and ITE system of education, and to better equip our young people to seize opportunities in the future.

They strive to integrate an individual’s personal strengths and  interests with suitable skills and eventually practise as their occupation. To do that, the committee is guided by the following principles:

– The skills introduced must have both immediate and long-term relevance. They should not only give students the means to access a job after graduation, but a meaningful career and lifelong learning pathway.

– These skills should be foundational and transferrable to build resilience to a Volatile, Uncertain, Complex and Ambiguous (VUCA) environment, and to reflect preferences away from having one job for life.

– Aspirations and career choices have to be better matched with national manpower needs in order to build an engaged workforce.

Find out more about ASPIRE through the video below:

Singapore has produced enough of book smart ‘scholars’ who simply rely on their academic qualifications to breeze through their careers in Singapore. We have to break out of this ‘caste’ system and allow fellow Singaporeans from non-university education tracks to advance base on their merits.

To send a ripple effect and influence a perspective change amongst Singaporeans, the change needs to come from our government ministries, statutory boards and agencies. Show us that you are able to give equal opportunity based on employees’ capability, achievements and attitude towards work rather than assessment base on academic grades and specific education path. Remove the ‘scholar’ career path and allow all employees to compete on a fair platform. Private sectors can then look up to the example set by the public sector and follow suit.

The mindset of choose the course of study based on future career aspirations will start to change when employers open themselves to hire graduates from totally unrelated disciplines. Employers may be pleasantly surprised by the fresh perspectives brought in by graduates who are not trained specifically in the particular field. For example, a marketer who major in psychology may be able to engage consumers better through utilising psychology theories rather than executing the usual run on mill marketing campaigns.

From home, parents must be open to their children’s preferred choice of education pathway, course specialisation and look beyond equating education to occupation. Listen to your child and find out where his or her interest lies, they are more likely to do well in a subject they love than one which they loath. You will never know where it will lead them to in future.

‘In all jobs and sectors, regardless of academic levels, ITE or Diploma holders….if they are keen, able and capable, they should be given Fair Opportunities to move up the career ladder. All organizations should have a “One Race to the Top” career road map. No glass ceilings pls!’

Together, we can break out of this education caste system and allow ‘One Race To The Top’ for all Singaporeans! 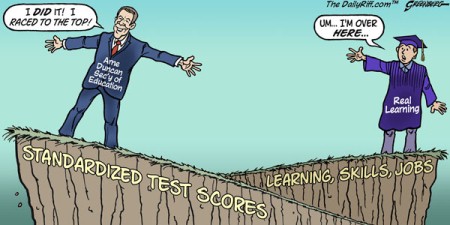