First opened in 1971, Asia’s largest bird park, Jurong Bird Park celebrates a milestone on 3 January. Jurong Bird Park 50th Anniversary will be marked by a year-long celebration with events and activities commemorating five decades of avian conservation and connecting people with the colourful world of birds.

Jurong Bird Park 50th Anniversary – What’s In Store For You

The festivities take off with a throwback to 1971. Through its fifty years, Jurong Bird Park has welcomed 30 million Singaporean and international visitors and to celebrate the many picture-perfect moments shared in the park, an egg-shaped portal “Memories of Jurong Bird Park” will be launched to the public. Photos taken in Jurong Bird Park can be uploaded on Instagram or Facebook with the hashtag #JBP50 to form a community of memories which will be featured in the portal. 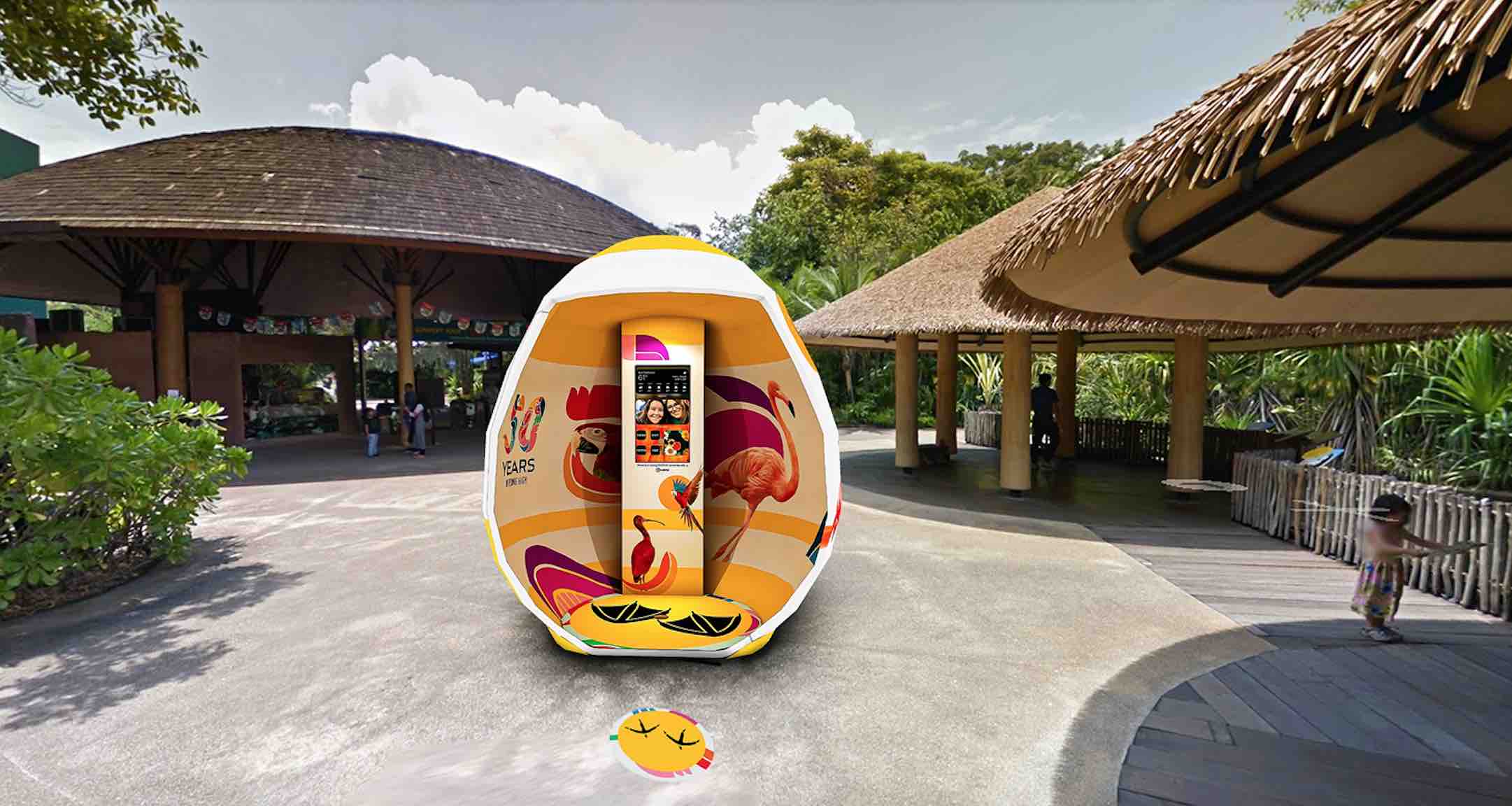 You can also witness the evolution and progress of Jurong Bird Park from her early days of operations, appreciate the sights and sounds of the park in the present day, and catch a glimpse of what the future holds in Mandai at the lenticular Past-Present-Future photo points that change depending on the angle they are viewed. Learn about the park’s storied history and snap a photo of the treasured historic moments such as the park’s early days of operations and Queen Elizabeth II and the Duke of Edinburgh’s visit to the Waterfall Aviary in 1972. 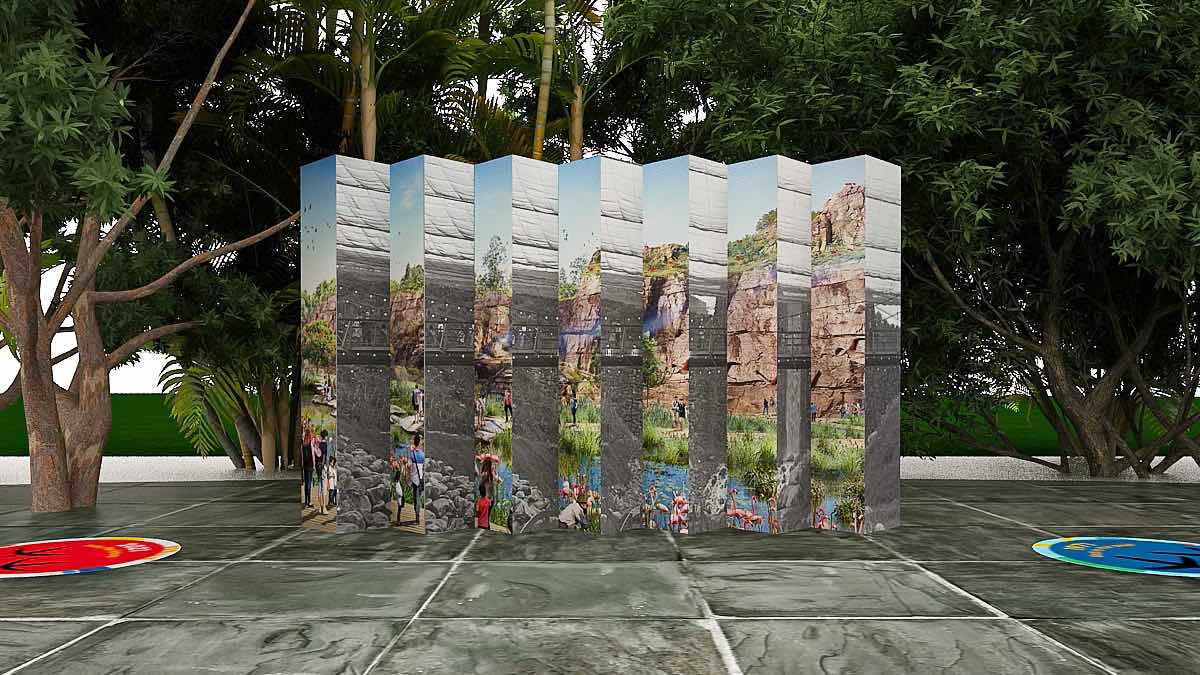 Jurong Bird Park’s flamingos are among the park’s most well-loved and iconic residents. Guests can now symbolically foster them with a contribution of $50 through the Foster a Flamingo programme. Each contribution comes with an e-certificate and voucher for a flamingo key ring. All contributions will go towards the care of the animals, research, and education programmes across Wildlife Reserves Singapore’s parks and support conservation projects to protect threatened species in Singapore and the region.

Come January, visitors can also enjoy special editions of Jurong Bird Park’s shows, with appearances from some of the park’s pioneer birds including Big John the sulphur-crested cockatoo at the High Flyers Show. Big John was already a fully grown adult when he first joined the park from the first day of opening, making him well over 50 years old and the park’s oldest cockatoo. 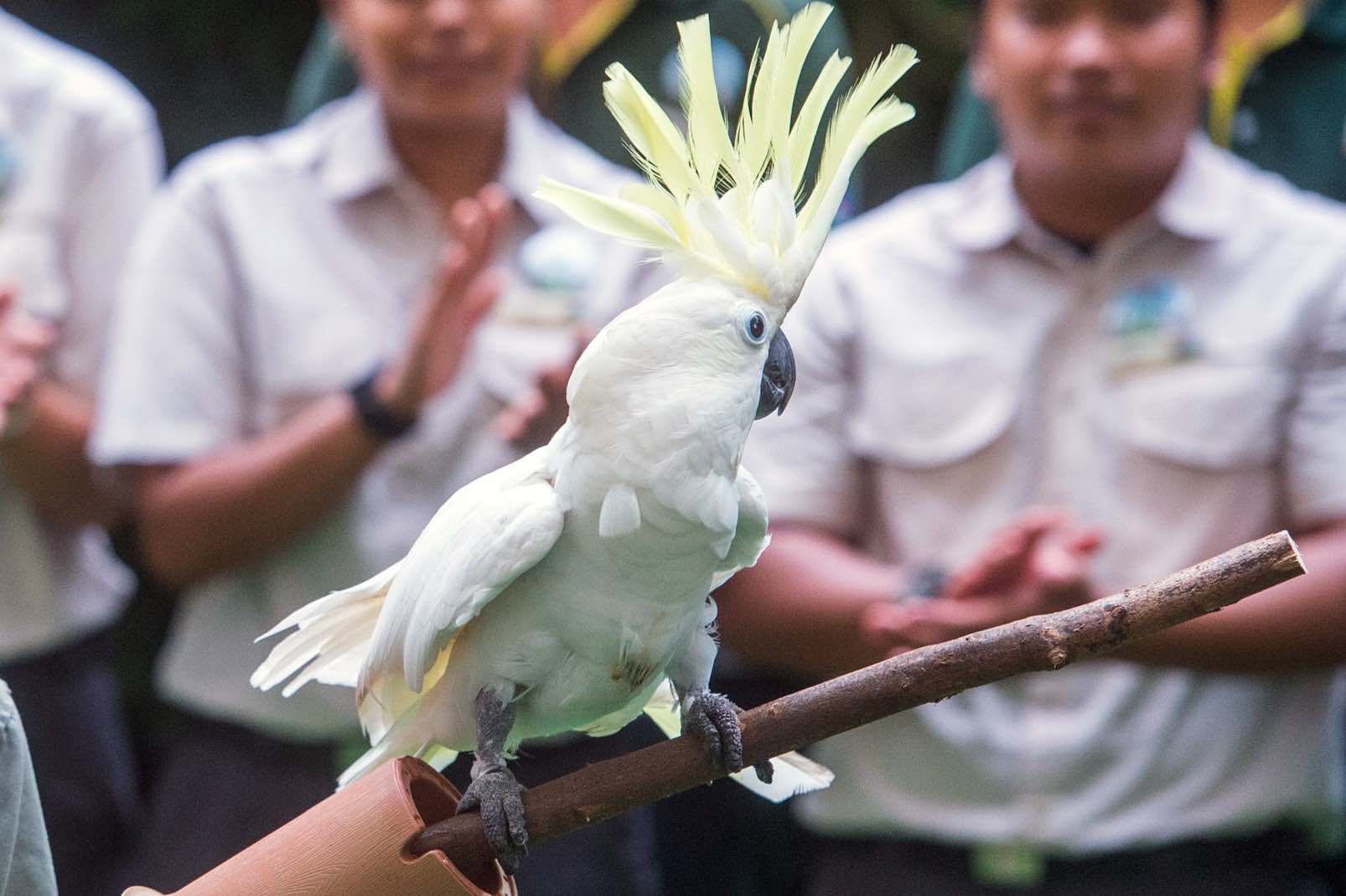 Memorialise your High Flyers Show experience by bringing home a limited-edition figurine depicting an animal presenter with a scarlet macaw. The figurine was made in collaboration with Precious Moments to commemorate the park’s 50th anniversary. 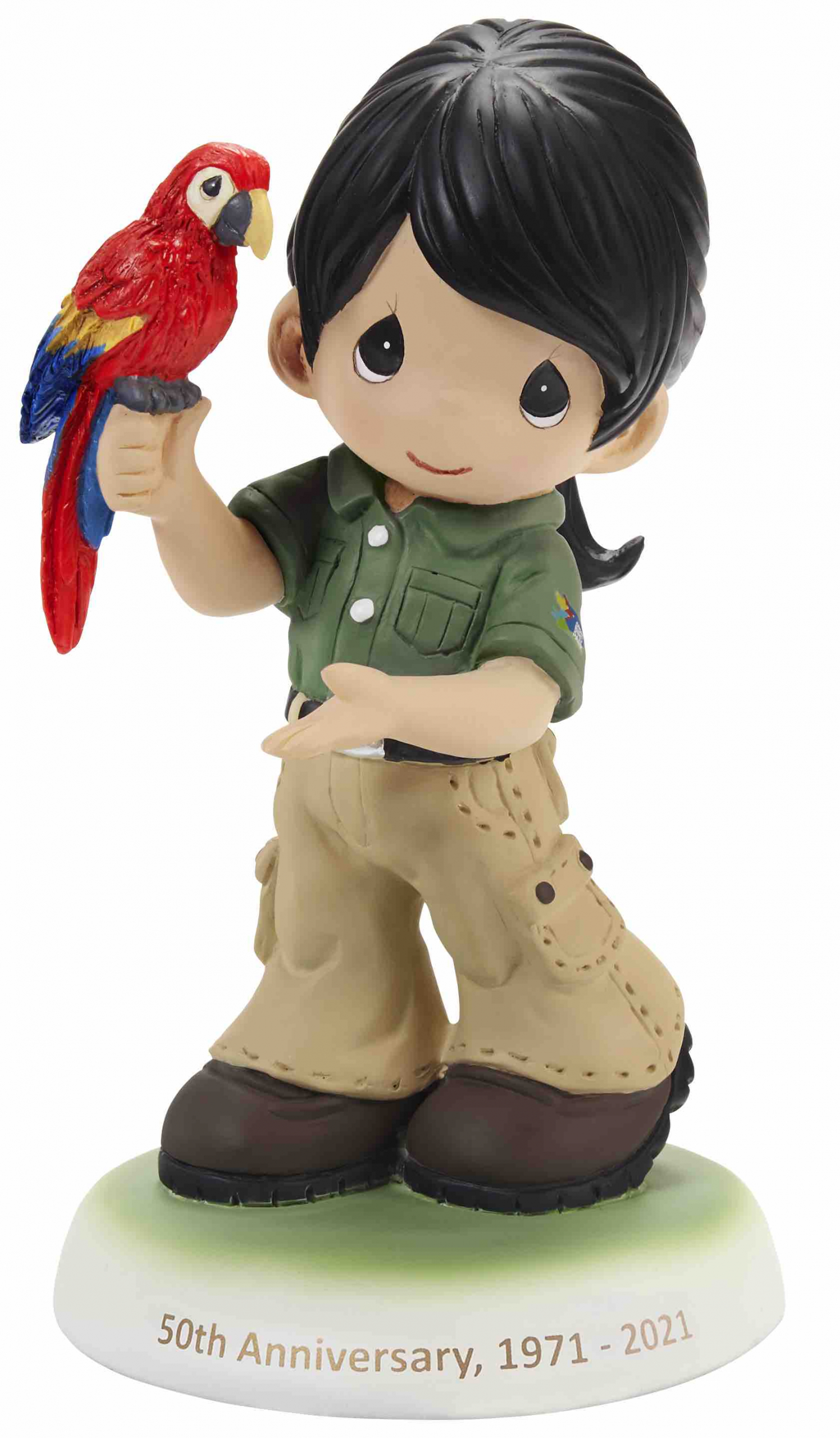 Jurong Bird Park 50th Anniversary – Be Part Of The Celebrations

The activities in January are part of a series of year-long celebratory events for the parks 50th anniversary. Guests can look forward to a line-up of activities including the park’s very first digital trail in March among other activities and outreach programmes.

From 1 to 31 January 2021, Jurong Bird Park will adopt its original 1971 admission price of $2.50 for all local residents. Admission tickets are only available online at www.birdpark.com.sg/jbp50. Pre-booking is mandatory to facilitate proactive crowd management and safe distancing amidst the ongoing COVID-19 pandemic. Additional nominal charges apply via contactless payments onsite for gated aviaries and shows. 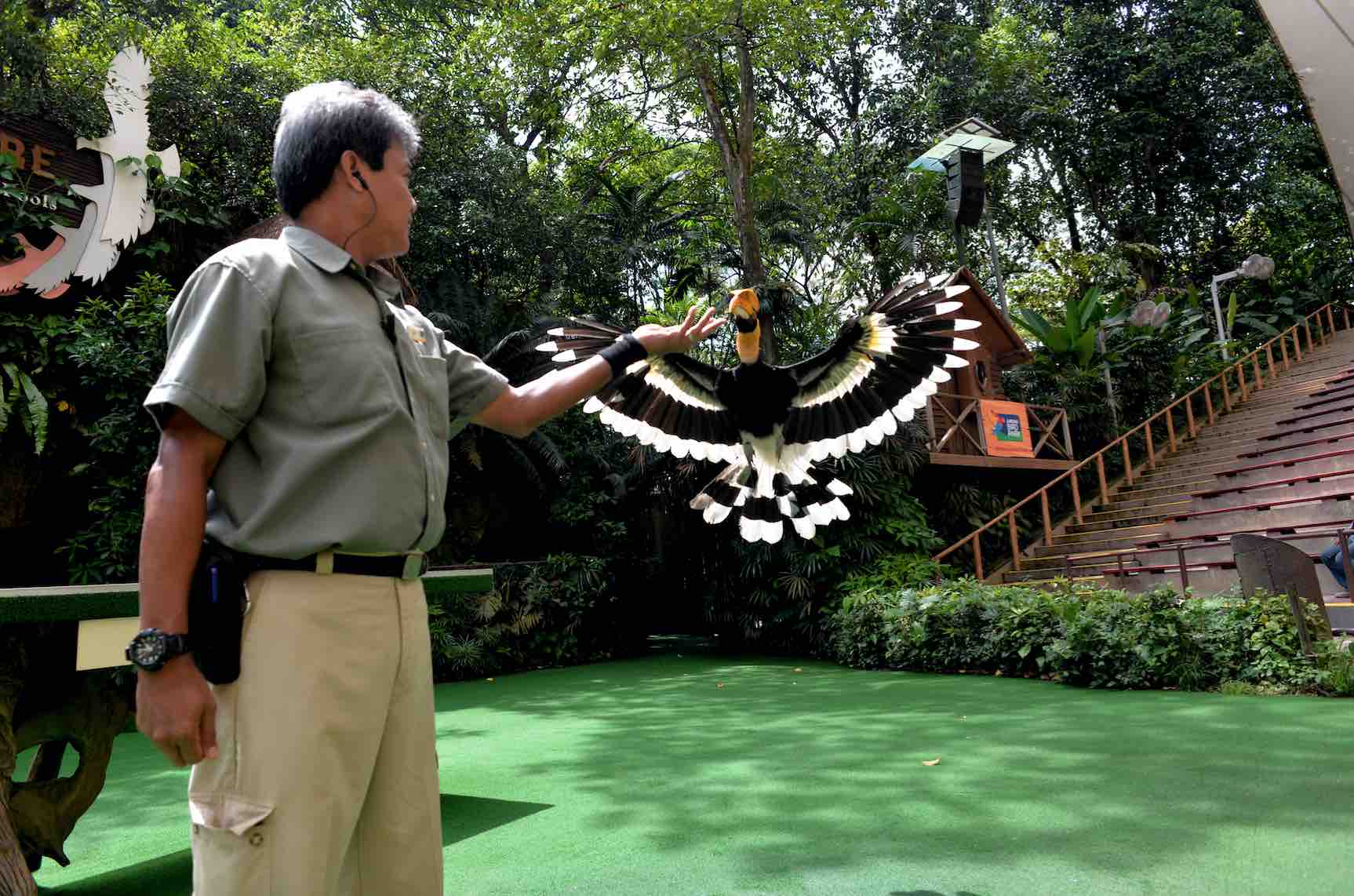