To refresh its permanent exhibition, ArtScience Museum will be introducing a new themed gallery with new artworks by teamLab and the return of popular installations at Future World: Where Art Meets Science on 5 September 2019. City in a Garden Exhibition, the new opening section of Future World, explores the integral relationship between people and nature and how cities provide a space for a variety of biospheres. Inspired by Singapore, City in a Garden demonstrates the nation’s distinctive relationship with nature, and the importance of flora and fauna to the city’s identity. 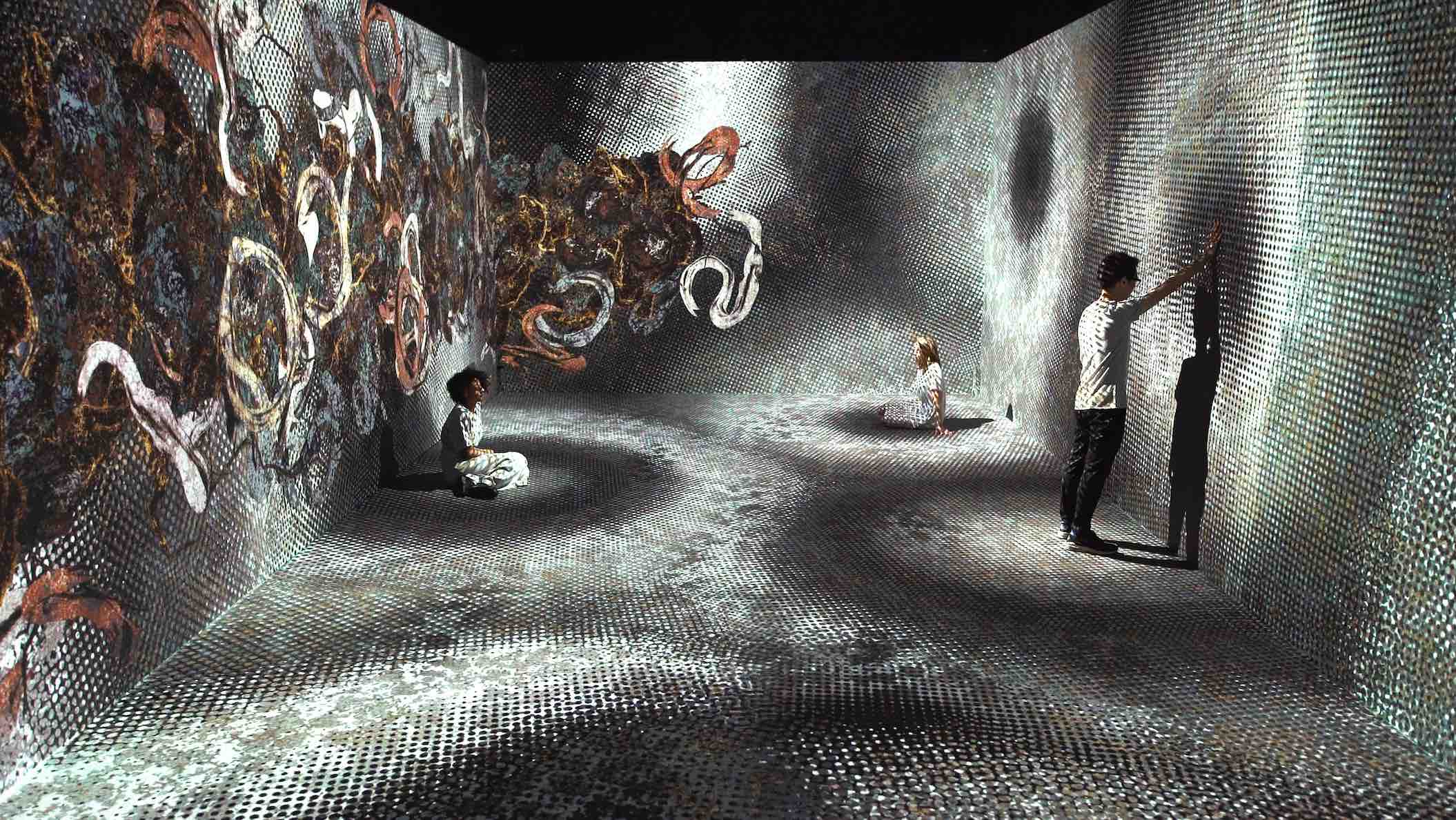 The refreshed exhibition has four galleries – City in a Garden, Sanctuary, Park and Space. City in a Garden features the brand new artwork, Inverted Globe, Giant Connecting Block Town, and a dramatic new presentation of one of teamLab’s best-known artworks, Sketch Aquarium. Elsewhere in Future World, you can also look forward to the return of Story of the Time when Gods were Everywhere in the Park gallery.

“We have always envisioned Future World to be an exhibition that evolves over time. The latest changes we have made embed the exhibition in the narrative of Singapore. In the 1960s, Singapore’s founding Prime Minister Lee Kuan Yew introduced the ‘garden city’ vision to transform Singapore into a city with abundant lush greenery and a clean environment. Since the 1990s, Singapore’s greening policy is guided by the ‘city in a garden’ ethos, which strives to integrate greenery into the daily lives of the people. The phrase, City in a Garden, is now commonly used to describe Singapore. It emphasises the unique relationship between the city and nature. Our City in a Garden gallery positions nature as something that includes, enfolds, and embraces people and the things they make. The new artworks we are revealing today underscore our commitment to continuously enhance Future World, giving our visitors new reasons to return,” said Honor Harger, Executive Director of ArtScience Museum. 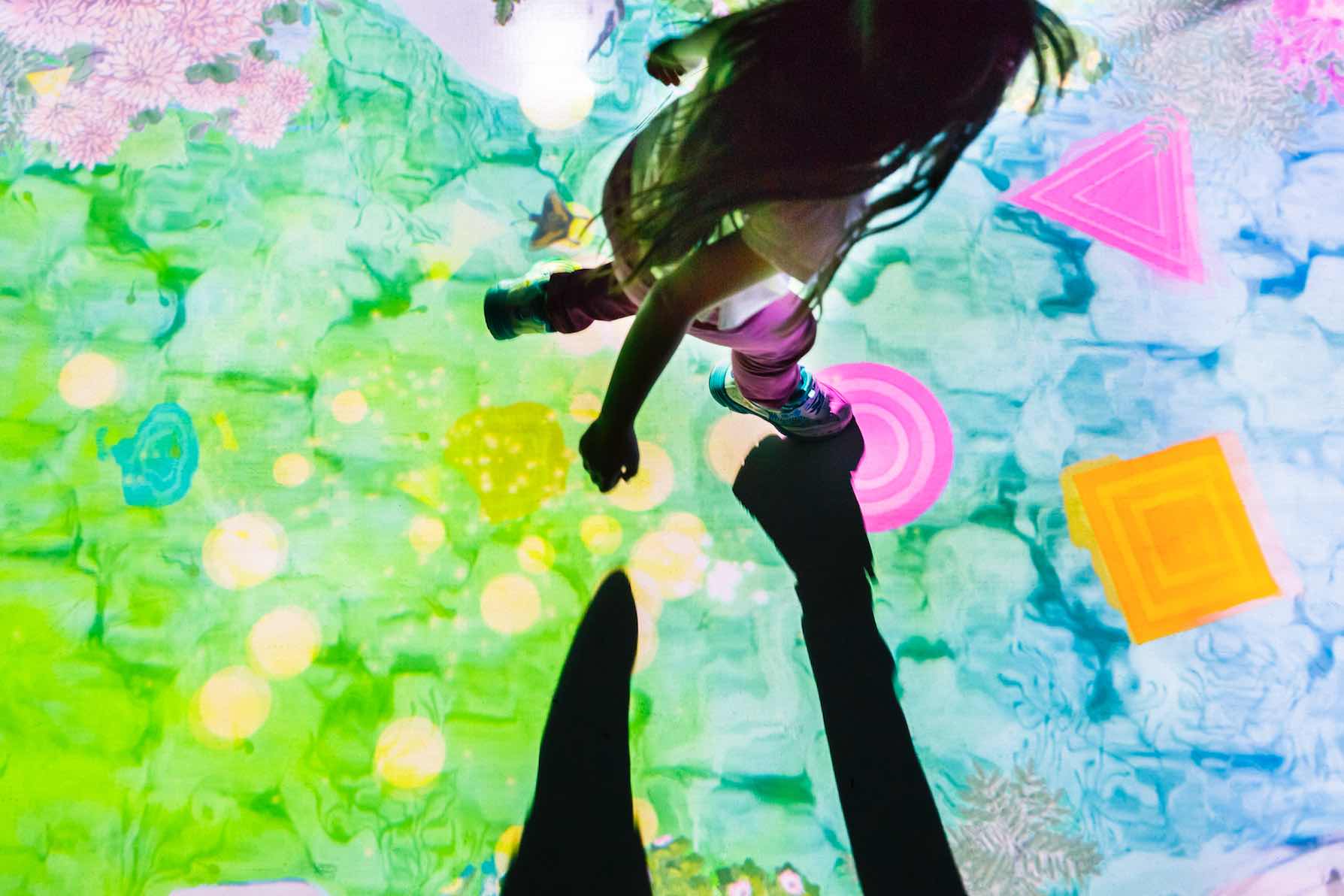 City In A Garden Gallery – Background

Inside City in a Garden, you are invited to become immersed in nature, by walking through a field of flowers in the Transcending Boundaries gallery. They continue by interacting with a lush meadow in Sliding through the Fruit Field, before arriving at the shore to explore aquatic life in Sketch Aquarium. Throughout City in a Garden, urban structures are embedded in the landscape, illustrating how people can live in a more harmonious relationship with nature. Artworks such as Inverted Globe, Giant Connecting Block Town and A Table Where Little People Live show that nature’s nurturing embrace allows for people to thrive, cultivating your creative impulses, allowing for the production of art, science and technology. 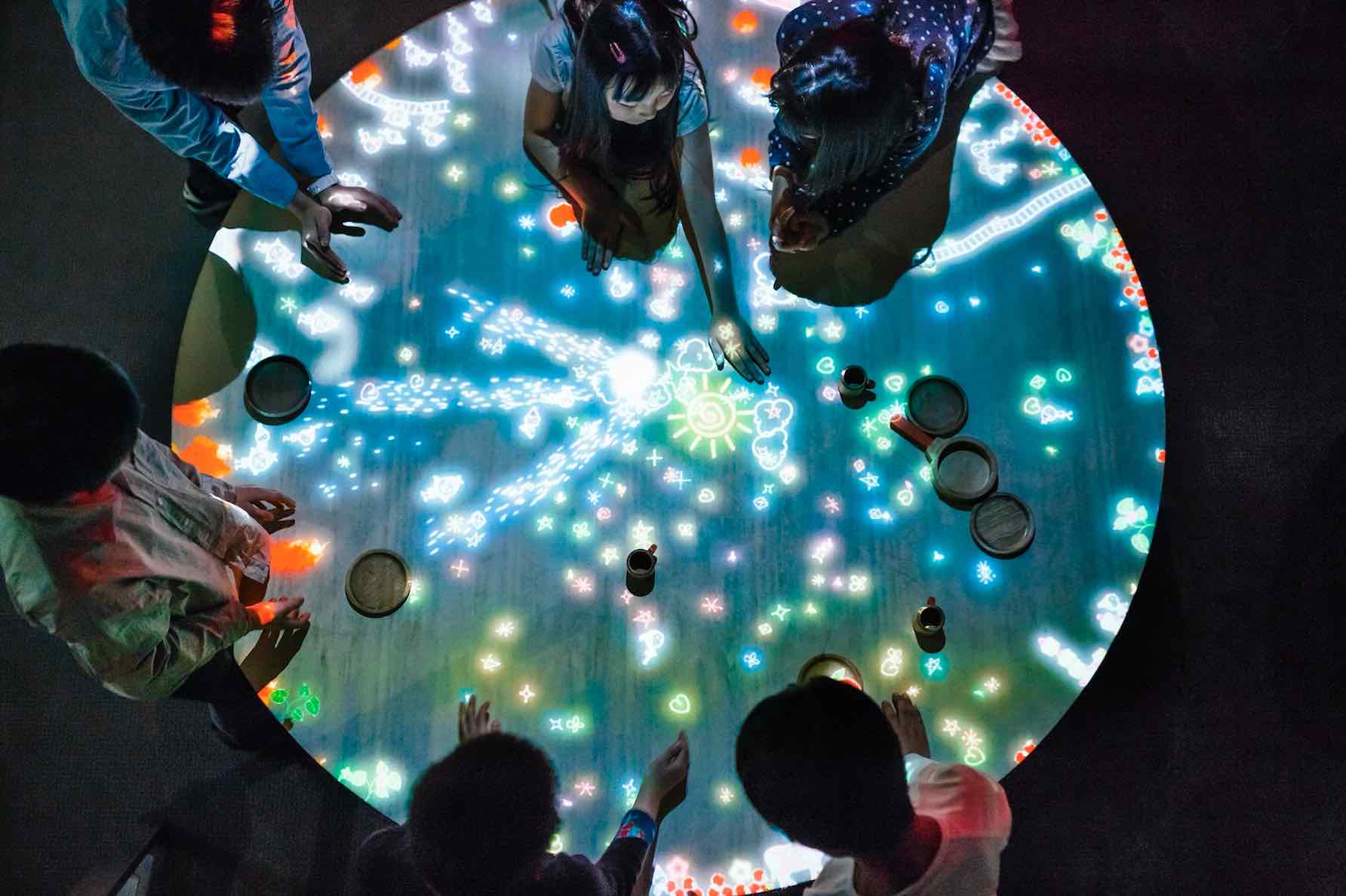 New artworks to look out for in City in a Garden include Inverted Globe, Giant Connecting Block Town and a new presentation of Sketch Aquarium.

You are encouraged to work together with other visitors to design your own transportation network in this interactive artwork. Giant building blocks, representing various urban infrastructures, are used to create roads, railways and rivers. Blocks of the same shape and colour placed near one another will automatically connect the elements together. Cars, aeroplanes, boats and helicopters can be added to bring life to the network. As more blocks are connected, space becomes busier, ultimately developing a bustling cityscape, as projected on an overhead screen in real-time. 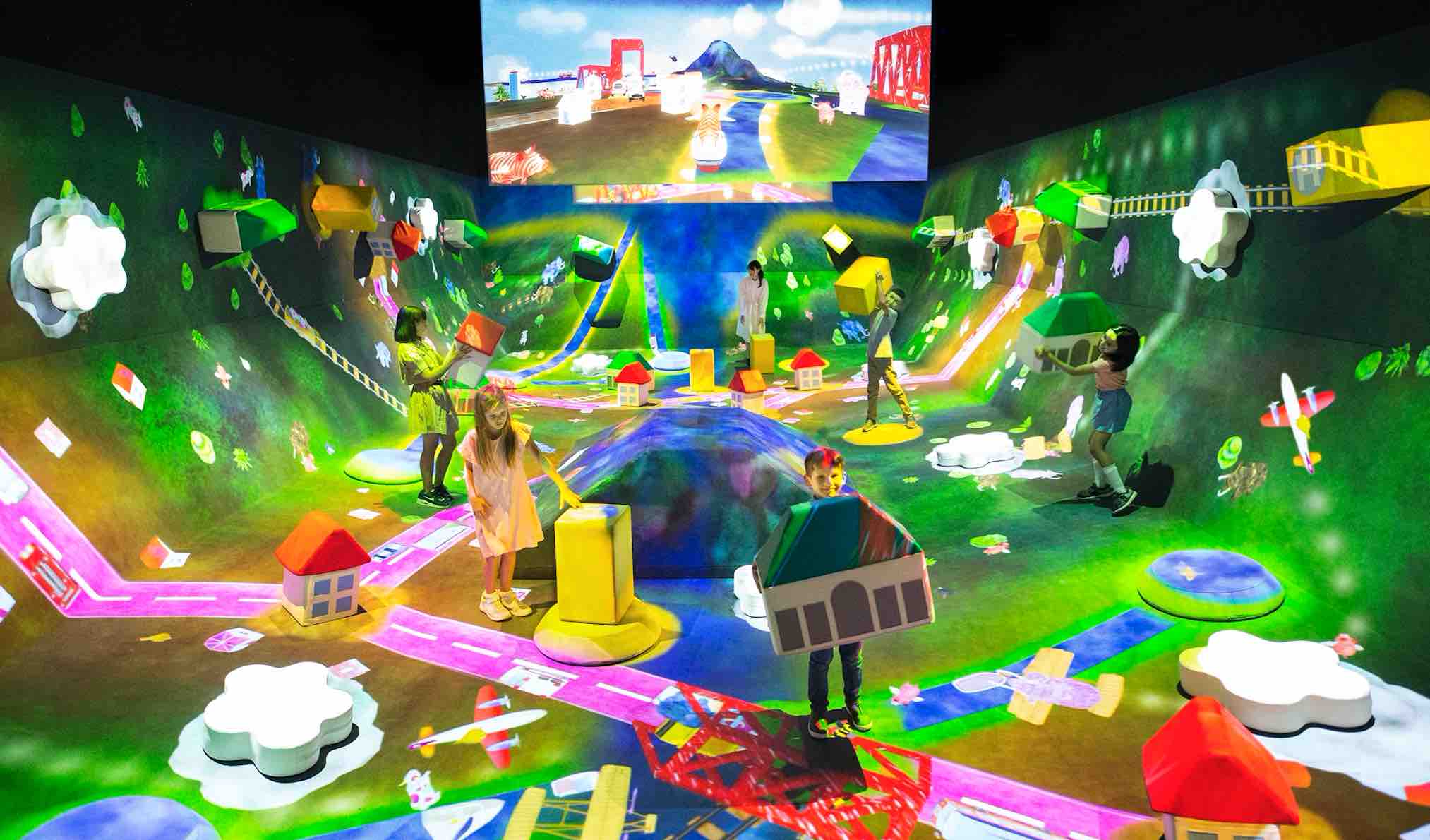 A favourite among children, this installation features a digitally rendered aquatic world where the two-dimensional sea creatures that you colour on paper come to life in a virtual ocean. The artwork grows and evolves constantly with the different images that others add. You can feed the fish and sea creatures by touching specific images of fish food bags on the screen. In Sketch Aquarium, individual creative processes become part of a unified, shared experience. 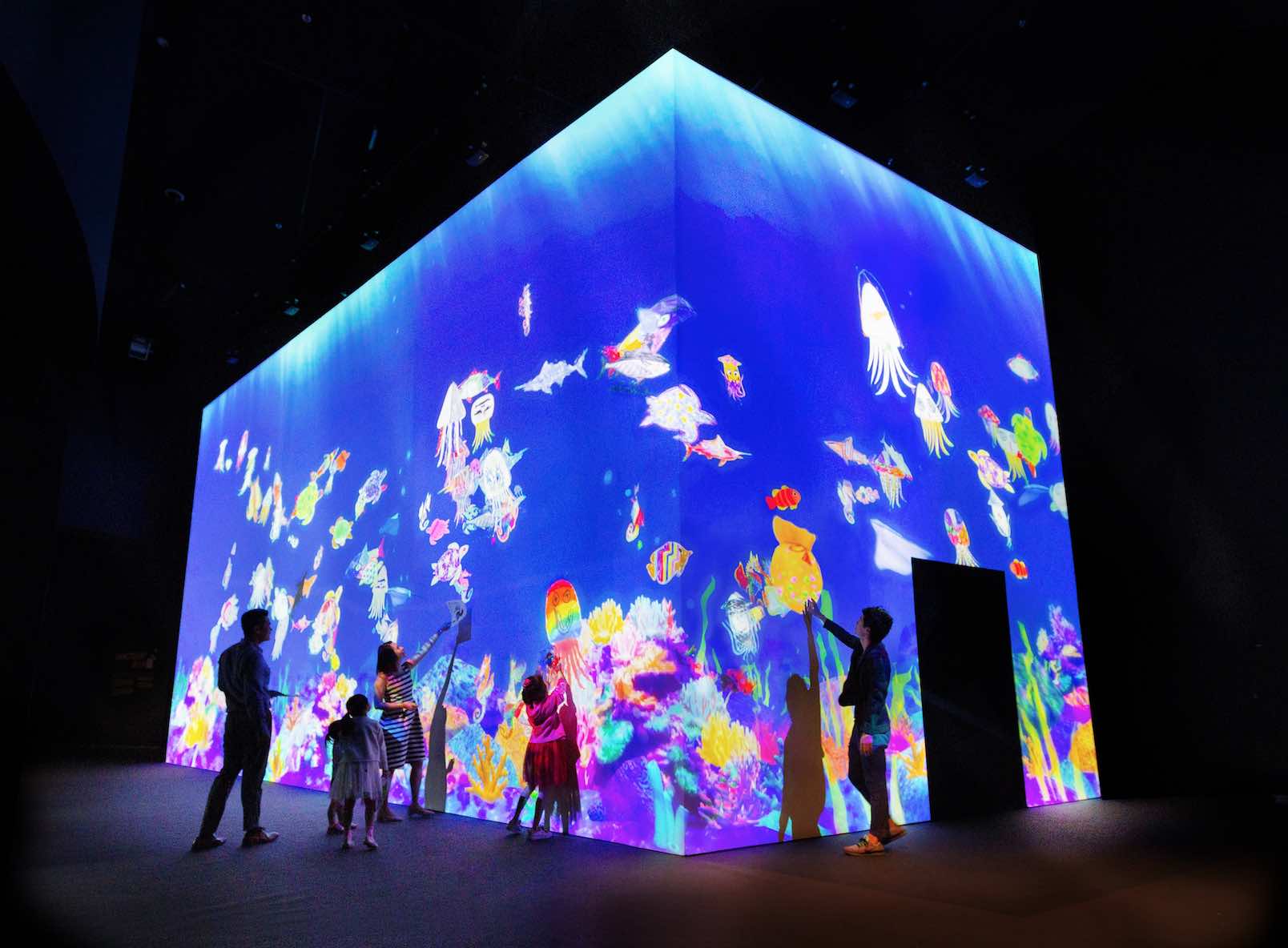 In this digitally projected world, visitors of all ages can create their own environment by touching Chinese and Japanese characters, which then transform into natural elements such as wind, rain, trees and mountains. When you touch the characters, the story begins and the movement of their bodies further changes and evolves the world. Just as in nature where no two moments are repeated, you experience a new story each time he encounters the artwork. 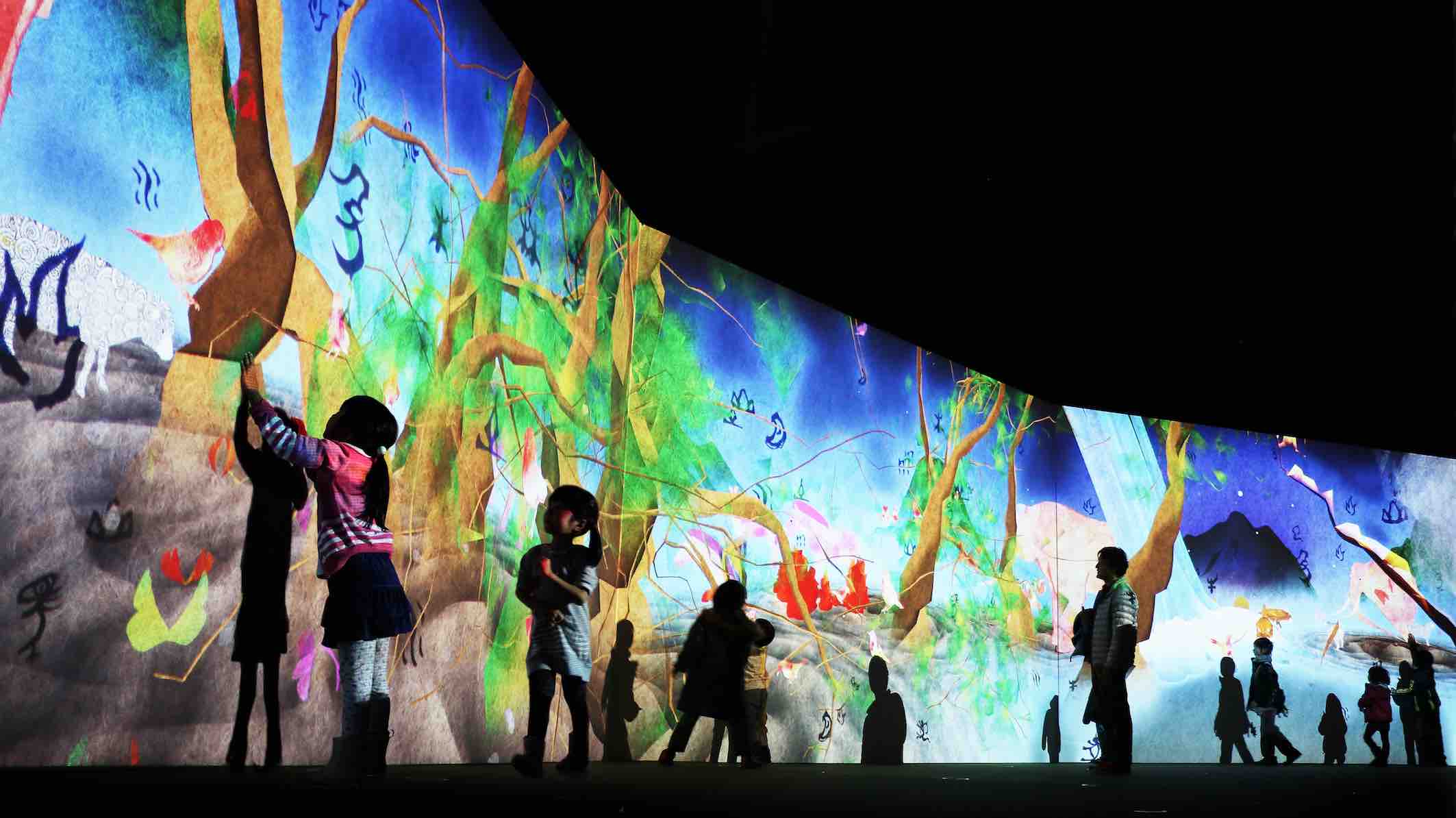 City In A Garden Gallery – Get Your Tickets Now

Tickets to Future World are available for purchase now from at all Marina Bay Sands box offices and website. Terms and Conditions apply. Ticket prices as follows: