Can Retrenchment Ever Be A Good Thing?

The word ‘retrenchment’ never fails to send shudders down the spines of employees. While the majority of Singaporeans were enjoying their well deserved year end break last year, about 531 staff at HGST Singapore, a Western Digital company, received grim news on November 2013 that they would be retrenched as the company was relocating one of its production lines to Thailand, citing challenges to maintain cost competitiveness.

Even higher-end sectors like the chemical industry saw retrenchments rising when companies like ISK moved back to Japan. Ms Cham Hui Fong, NTUC Assistant Secretary-General, explains, “The biggest reason they (companies) cite is that the cost is too high. And when it is not lower than Japan, they do not see the need to operate in Singapore,” she said, adding that NTUC and firms have shared these concerns about rising operating costs with government agencies such as the Economic Development Board.

She says that the Labour Movement has been urging the government to make Singapore’s business environment more competitive.

“Well we have always been urging, together with the employers, the government to make the costs affordable for businesses. I think there are a lot of costs that are managed by the government. In some cases, rental, electricity and utilities. These are some areas where they feel very hard hit and these are also some of the reasons why some companies move out of Singapore.”

Retrenchments do not seem to be abating. For the full year 2013, 11,400 workers were laid off, an increasing year-on-year trend observed since 2010 after the economy stabilized from the effects of the 2009 financial crisis. 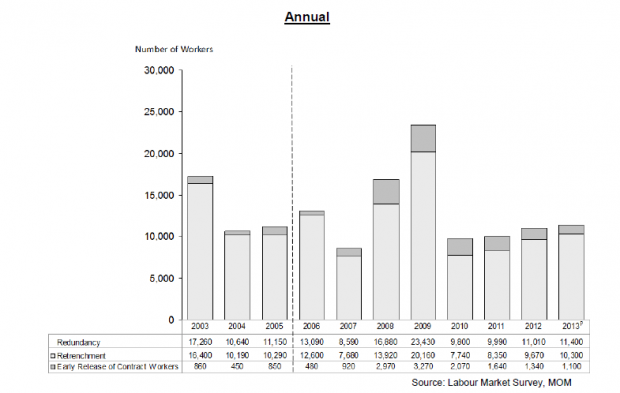 The redundancies were mainly from manufacturing, services and construction sectors, which are also each seeing upward trends since 4th quarter 2009.

Despite these worrying statistics, rising retrenchments may not always be a sign of gloom. There are silver linings in this predicament. As explained by Prime Minister Lee Hsien Loong, the short-term pains that Singapore must endure (such as retrenchments) as it actively restructures its economy is a necessary discomfort for Singapore to remain prosperous and competitive in the face of growing challenges in the region.

Freeing Up Manpower For Better Use

Retrenchment occurs when a company is unable to sustain its operations which have become uncompetitive. If there are too many of such companies in our economy, Singapore as a whole will suffer as they are a drain on the country’s limited resources.

Retrenchments by uncompetitive companies help to free up manpower back into the labour market. Taking the recent case of Five Stars Tours as an example, the now defunct company owes some S$300k worth of unpaid wages to staff. As it could not compete with cheaper, better and faster competitors, its closing means their former staff are now available to work for better and more efficient companies, which is a good thing in our labour-scarce economy.

When Is Retrenchment A Good Sign For The Economy?

Retrenchments can be a good sign if the economy continues to attract good foreign investments, has a tight labour market and provides healthy union support to help retrenched staff find new jobs.

The difficult part comes when the local labour force has to adapt to changes in the sectoral makeup of the economy, with emotional and psychological distress experienced by retrenched workers.

How Can Singapore Deal Better With Retrenchments?

Productivity is key to the survival of companies who can take rising business costs and market demand changes in their stride. However Ms Cham said the productivity drive has not taken off in all firms. “Some firms are still telling us that they still do not know how to go about improving productivity. We need to do more to get everyone on board.”

With initiatives such as NTUC’s Progressive Wage Model and e2i’s Inclusive Growth Programme helping businesses embark on productivity drives, the onus is on business owners to proactively look for ways to make their companies cheaper, better and faster.

The presence of strong unions often helps to soften the social impact of retrenchment. When the axe drops, they prepare the workers and negotiate for fair retrenchment packages. Unions and e2i are also active with retraining displaced workers and helping them find jobs in firms that are hiring.

Don’t Think You Are Safe

As Singapore’s economic restructuring picks up pace, we are experiencing redundancy increases for both PMETs and non-PMETs as an outcome of workers moving across jobs and industries.

Associate Professor Ho Kong Chong from the Department of Sociology, NUS, says that Professionals, Managers, Executives & Technicians (PMETs) in their 40s or 50s are often most vulnerable when they are retrenched. Other than the age factor, retraining is also difficult as their experiences are specific and their salaries are tied to their experiences and job scope.

Local PMETs should take the first step to get themselves prepared for retrenchment, such as getting themselves unionized, make the effort to understand their workplace rights and take note of the appropriate channels to go to for assistance.

PrevPreviousTop Hawker Food & Where To Find The Best Stalls In Singapore
NextHow To Be Joyfully Single On Valentine’s Day, Go Singlehood!Next 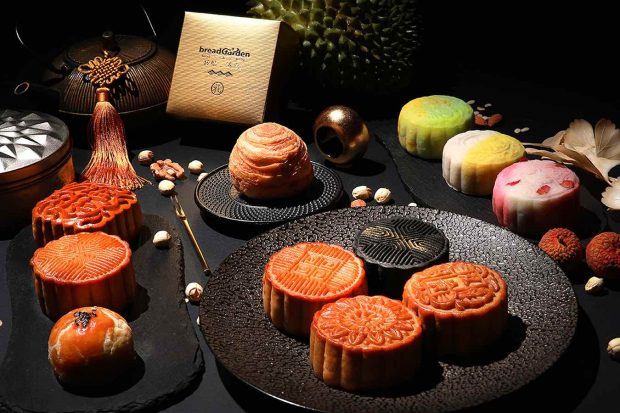 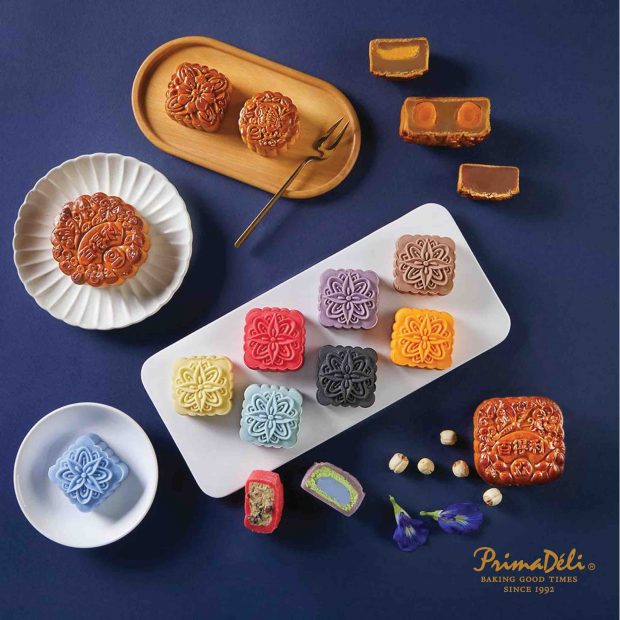 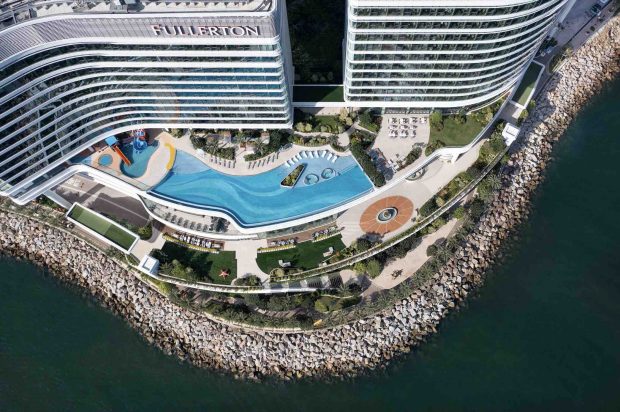