Jordan is a country frequented by tour groups that are run by various companies. It’s a beautiful desert country that is rich in stunning landscapes, mountains, and ancient cities that have been blended with modernity. Holidays abroad can be expensive, but whichever type of adventure you choose, Jordan Tours can match your budget and guide your holiday to make it a less stressful experience. This city is the largest in Jordan and is also the capital of the country. In recent years, the city has experienced economic and cultural progress and has become a mixture of modern and ancient. The city lies in the mountains and is a beautiful place to see.

Whilst in the city, you should make sure to see the Citadel set at the centre of downtown Amman. Another highlight is the huge amphitheatre that is said to seat around 6000 and is cut into the hill itself.

The stunning archaeological city of Petra lies in the south of Jordan. The city itself is situated in a basin surrounded by mountains, and this forms part of the Arabah valley. Here, you can go beyond the main door and explore the less obvious wonders that lie beyond it. The treasury is also something worth visiting, as is Little Petra, a site located north of the ‘mother’ city.

In both places, stunning buildings of architectural wonder are carved into the walls of the surrounding sandstone canyons.

Many people have heard of the wonders of the Dead Sea – that you can float in the water without having to move a limb. Well, the stories are true, and you can do just that. The high level of salt means that you can float easily, but this also means nothing can flourish there, giving the body of water its name. It’s an iconic feature of Jordan and a site that must be visited.

The Red Sea is comprised of more delicate waters than the Dead Sea. It’s a brilliant place to try out snorkelling, scuba diving, and enjoy the sights of the coral reefs lying below the water. It’s the only bit of coastline in Jordan and also offers beaches and seaside pool resorts.

This is the largest Wadi in Jordan, decorated with rock paintings, built with temples, and filled with many other interesting sights. Also known as the Valley of the Moon, it’s cut into the surrounding rock. It’s a popular tourist destination, and some Star Wars scenes have been filmed in the desert there.

The Jordan desert is a dazzling place where you are able to camp under the stars with the Bedouins, drive across sweeps of land in four by fours and even ride camels under the blazing sun. The desert is included in many tour packages and should not be missed during your travels in Jordan.

This map depicts Jerusalem and other parts of the Middle East and was created by unknown artists. It’s also known widely as a mosaic map, and it is a floor mosaic that lies in the church of St George, Madaba, Jordan. Whilst the name may not be as commonly known as some of the other tourist spots around Jordan, it’s another beautiful and interesting site that should not be forgotten.

Whenever you decide to make the trip to Jordan, be sure to include these amazing destinations in your itinerary. You won’t be disappointed! 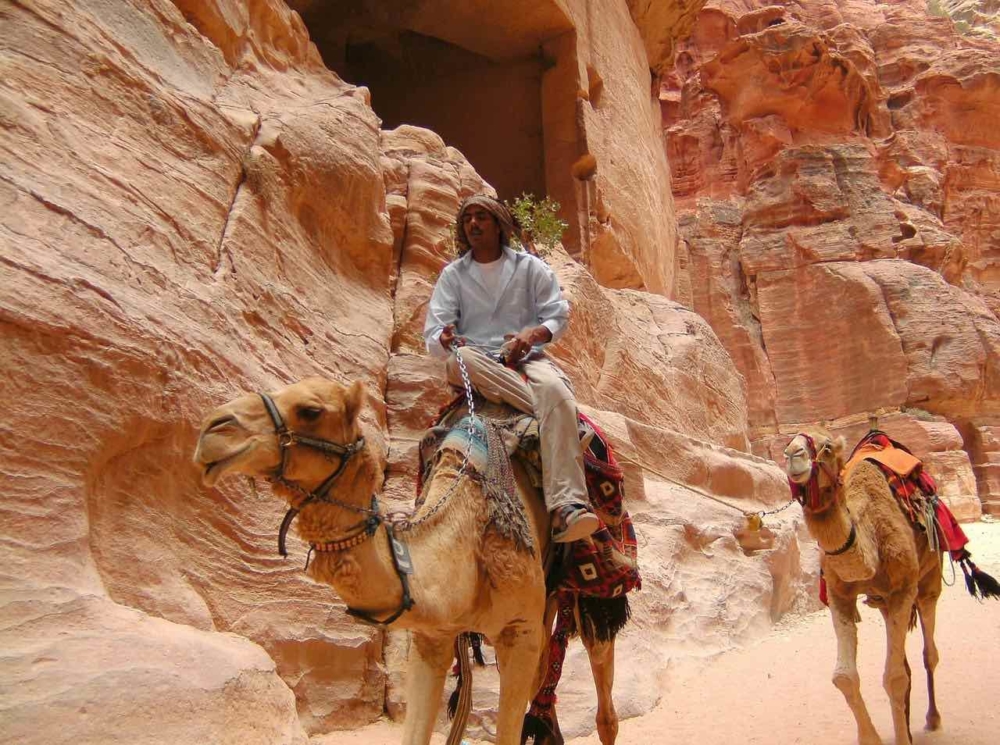