Singapore has always been a foodie’s haven. And despite the effects of Korean drama wave have on the influence of our pop culture, our gastronomic cravings are still very much in tune with Japanese cuisine. With ramen-ya (ramen shops) mushrooming across the republic, Singaporeans are spoilt for choice. So where can you find the Top Ramen Masters in Singapore and how to determine your best ramen that suit your taste bud?

Pockets of ramen enclaves have been set up in Singapore, with Tanjong Pager and Bugis being the haven for ramen lovers. Ramen wars are staged on this tiny island with Ramen Champion, Menya Musashi, Ippudo and Keisuke Tonkotsu King being the popular fan favourites. It’s difficult to judge as there is no standard recipe and different regions and shops have their own unique formula.

Let’s demystify the secret behind ramen culture by introducing the different type of ramen by soup base, regional speciality and other variations while at the same time directing you to where they can be found in Singapore and in all three outlets of Ramen Champion. Let’s begin with the soup base.

1. Tonkotsu (Pork Bone)
This is a cloudy and thick broth which is usually cream in colour. Tonkotsu soup is made from boiling pork bones, pork fats and collagen over high heat for many hours (usually 7-8 hours at least) until the pork bones have broken down. This broth is infused with a hearty pork flavour, although chicken stock and vegetables can also be added to enhance the flavour. Pork bones are good source of calcium and very suitable for growing kids. The Special Tonkotsu Ramen from Tonkotsu Itto uses thin, non-curly noodles, complete with an ajitama (flavour egg) and chopped spring onion for topping. 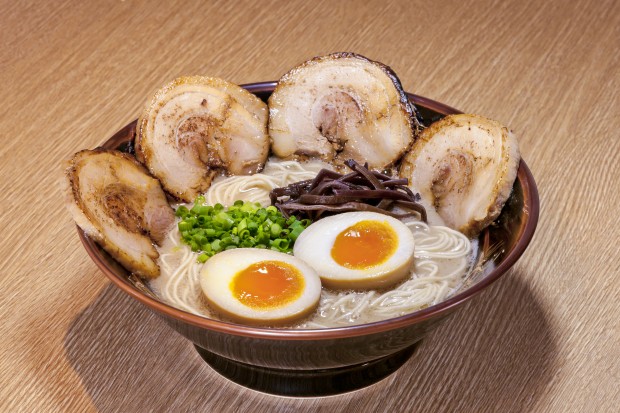 The broth is cooked with miso (fermented soybeans and grains). Chicken and fish are usually added to enhance the flavour. Sometimes pork or pork bones are used too. The result is a robust, tangy flavour. Bishamon Zero’s Special Sapporo Miso Ramen uses thin, curly noodles and marinated bamboo shoots, corn, garlic for toppings. Miso soup also helps to enhance the blood circulation, which is especially good for ladies. 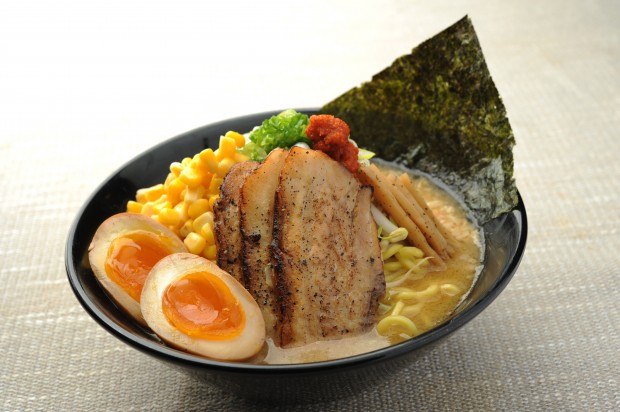 This clear, light brown broth is prepared from boiling chicken and the main flavour comes from Japanese soy sauce. Vegetable can be added, and fish or beef can also be used. This broth has a light tangy, salty and savory taste, very suitable for those who prefer a less oily and lighter taste. Assari Shoyu Ramen from Riki uses slightly thicker noodles, completes with vegetables, marinated bamboo shoots, and kamaboko (Japanese fish cake). 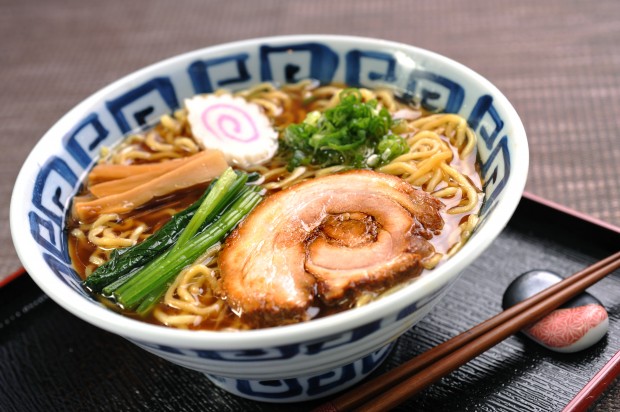 This is a pale, clear, yellowish broth made with plenty of salt, usually with chicken, vegetables, fish and/or seaweed. Pork bones may be added but not boiled as long as the tonkotsu broth. Hence, the soup remains light and clear. 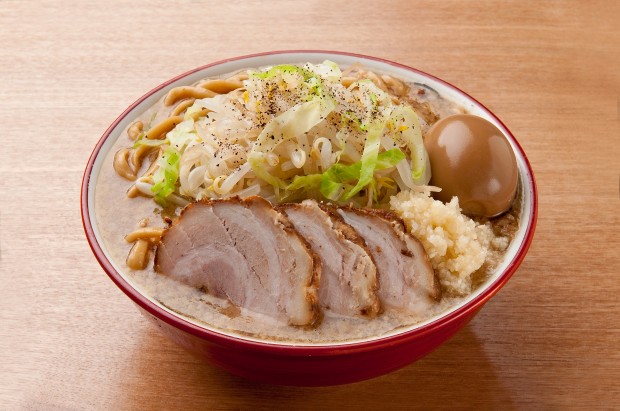 The capital of Hokkaido, Sapporo is famous for its ramen style, in particular the miso soup as its ramen broth. Gantetsu use sweet corn, butter, bean sprouts and spring onions as toppings to complement its thin noodles. 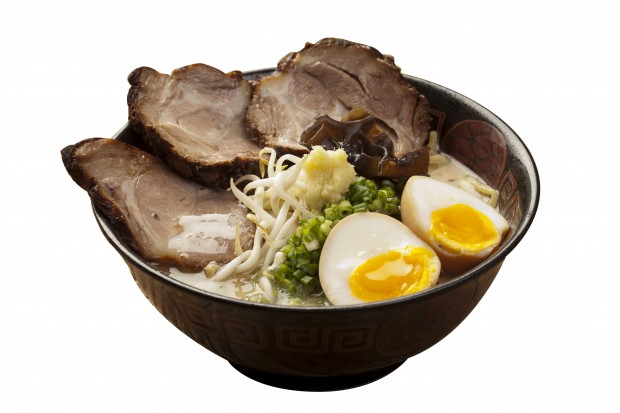 Hakata district in Fukuoka city within Kyushu is gaining popularity with its ramen. The soup is usually a rich, milky, pork-bone tonkotsu with thin, non-curly noodles. Toppings include crushed garlic, pickled ginger, sesame seeds are available on side table for customers to help themselves. Award-winning Ikkousha serves authentic Hakata ramen from its outlet in Changi Airport Terminal 3. 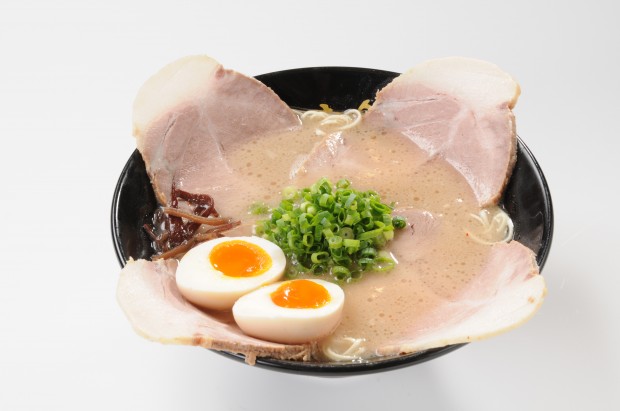 Gunma prefecture in the Kanto region lies on the east side of Tokyo. Mendokoro Aoi’s new recipe for ramen is specially popular with ladies. It is tonkotsu based but the soup is not boiled as long as the traditional way, hence it omits the strong smell of pork bones. Its thin, non-curly noodles are topped with spring onions, cha shu, egg and a dash of chili mixed with tomato which can be mixed bit by bit into the broth. 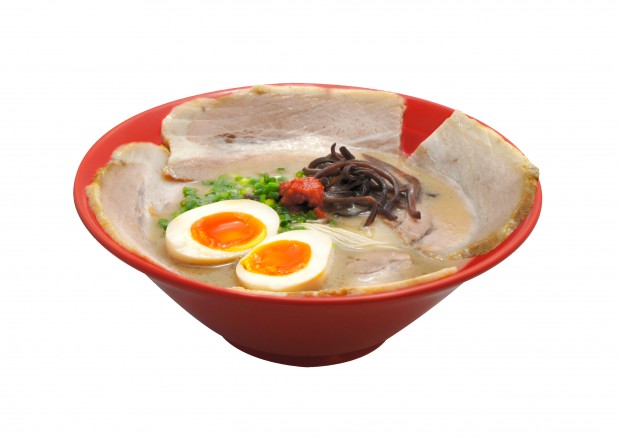 Chiba prefecture in Kanto region on the west side of Tokyo is where Miyamoto comes from. Its thick noodles are paired with large serving of vegetables and bean sprouts, thick cha shu, chopped garlic and ajitama. 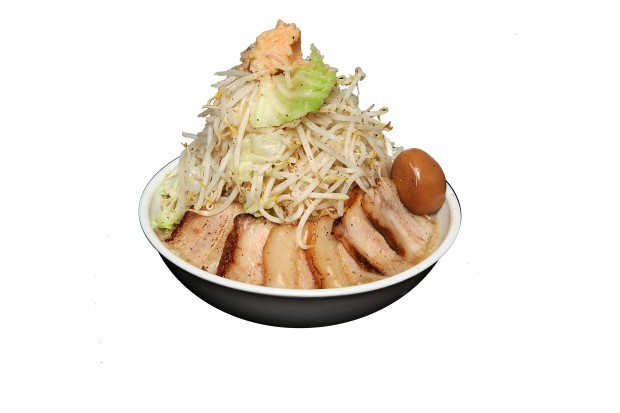 Inspired by the different seasons in Japan, Keishoken introduces spicy type ramen with chili or curry as the main base for its soup. Its Red Ramen is a rich salty pork broth topped up with red hot spicy chili pasta, fungus and spring onion. Tender slices of pork belly cha shu coupled with the thin and firm noodles complete this spicy red ramen. 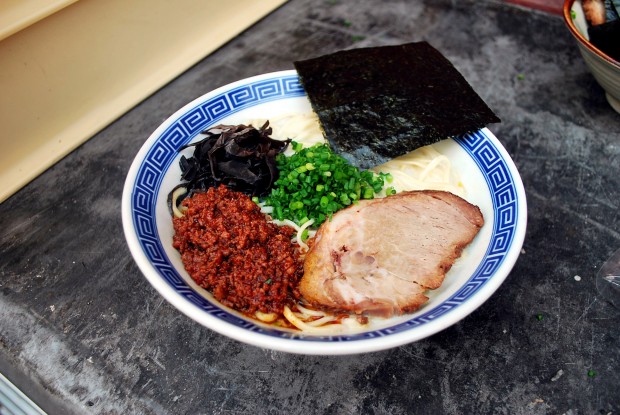 Most ramen use either pork belly cha shu but Buta God and Butaou use thinly sliced marinated pork which is slowly cooked with soy sauce and sugar for a sweet taste. Both ramen have its own recipe for tonkotsu soup. For finishing touch, poached egg instead of soft-boiled flavoured egg is added, topped with seaweed and spring onion. 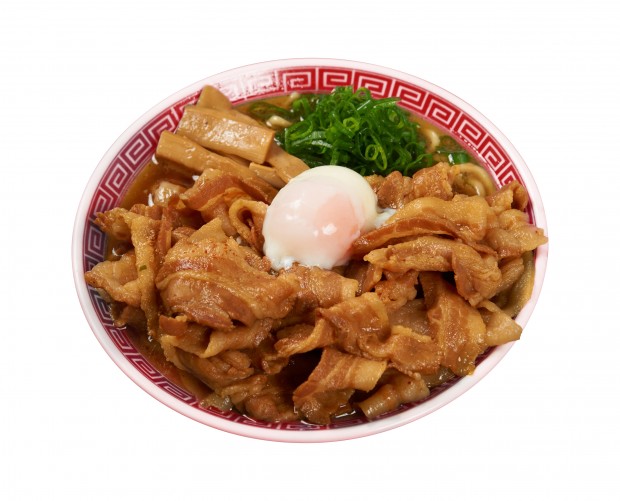 The noodles and soup are served in separate bowls. Diners have to dip the noodle from Menban Yamagishi Kazuo into the soup before eating. Usually the soup is thicker, more salty and savoury. After consuming the noodle, you may ask for a bowl of light broth to mix with the soup and drink it. 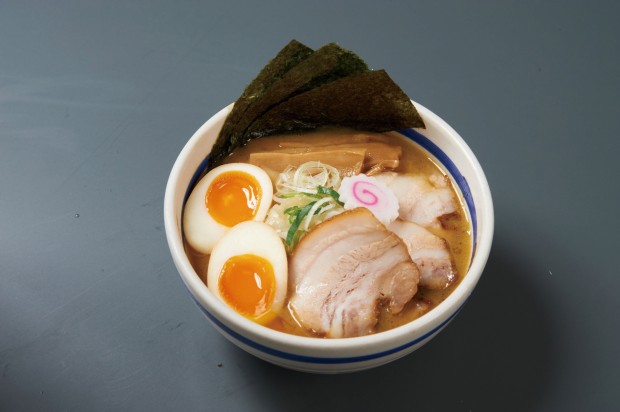 Choosing that bowl of ramen to suit your personal taste can be both a science and art. The best way is in fact to dive in and sample the broth, noodle, cha shu and egg to judge for yourself.

Ramen Champion is the first multi-brand ramen concept representing 12 brands based on self-service, free seating, payment after meal, found in three locations across Singapore. Diners get to vote and decide who shall be crowned the new Ramen Iron Chef.

Visit the brands and outlets at the following locations:

About The Guest Writer

This article is contributed by Malcolm Sunny. By day, he works as a marketer with a Japanese restaurant group, by night Malcolm hunts for the best food & travel and shares on his blog – MalcolmSunny.com.

PrevPreviousThe Axe Is Never Far Away, Are You Prepared For Retrenchment?
NextA Perfect Mix Of Tourism And Sport For Travel LoversNext