What does one do with clothes that needs to go, but are too good to just donate to earthquake stricken countries where what they really need might be good tee shirts, not a sequinned gown by a famous designer? You sell them of course, and then donate the money to charity! 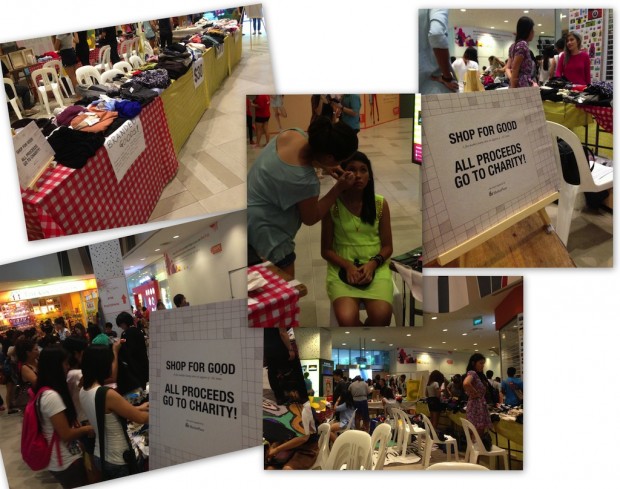 This was the brainwave that we had when a group of us were having a conversation a while back with another friend of ours who is a known shopaholic. She is a super trendy woman and loves to shop, so she ends up having large bundles of clothes that gets ousted every season. Most are branded and some are even brand new with tags.

This was the inspiration (and seed pile of clothes) that got me involved in this charity flea market, which was set up by my friend and a group of people from his church called the Marketplace. I had tried to spread the word of the event before it happens. 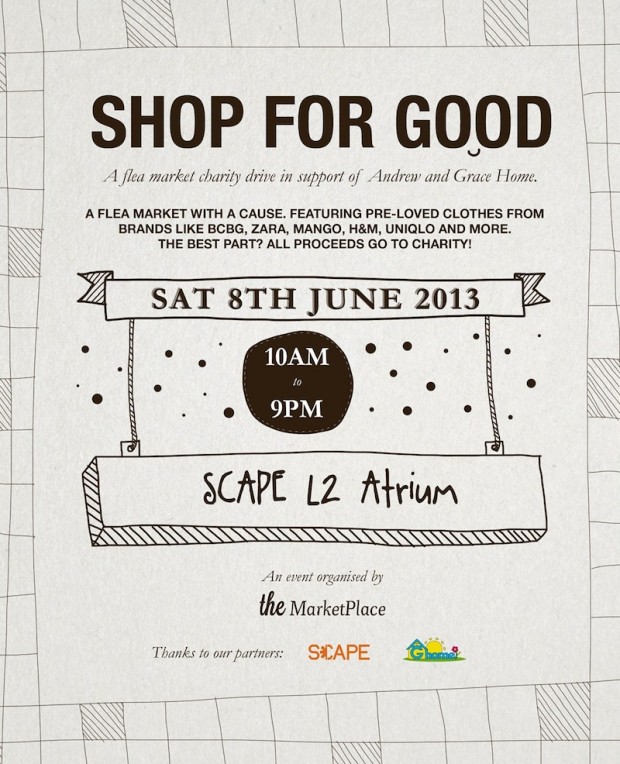 On the actual day, I went down to Scape indoors bright and early at 10am – and helped to set up the stalls with all the clothes on the table. By 11.30am, the crowd started coming in and we started to see sales! It was really exciting. I then helped out at the cashier to provide loose change, and tabulate the income.

Initially we had started with high prices of $30-$200 for some (brand new/branded and almost new) but as time went on, it started dropping as our goal was to clear as much as possible on that day. By 5pm, there was a tonnes of people swarming around the tables – even I felt the excitement for them for picking and finding really good pieces at such a steal. Clothes were going at 3 for $5.. and there was even a clever promotion where you are given a plastic bag, and told to stuff as many things inside as possible – all for the price of $50. Which became $20. 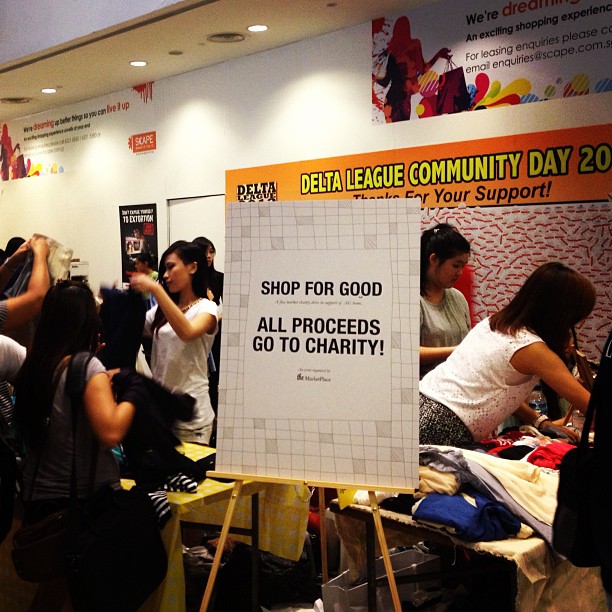 Halfway through, the pastor even started walking around with items like the juicer or guitar with the price, and sold them by calling out to people! It was really great.

At the end of the day, we had successfully hit our ‘sales’ target even though it was non-stop of selling/tending of the stalls for some of the people, which is very tiring. However, I felt really thankful to be part of this charity with good people, doing meaningful things even if it means giving up a Saturday. All proceeds from the sales goes to Andrew and Grace Home, a home for troubled teenagers.

I do wish that Shop For Good Singapore can continue with regular quarterly charity flea markets – where we can collect high value pieces, sell them at a discount, and collect money for charity! Perhaps that might be a plan..

Alexis Cheong is a female and digital native residing in the small little dot called Singapore, she is easily distracted by food, beauty, tech / gadgets and social media. And the French language.