Minimalism is not just a lifestyle choice. It is also a form of artistic expression. When you think of minimalism, you may think of clean, deconstructed living in a wholly decluttered environment. As soothing and as simple as that seems, you must also remember that minimalist art movement and lifestyle craze has originated from a genuine function: It exposes the underlying function of the object, taking away unnecessary distraction and mental/emotional clutter. 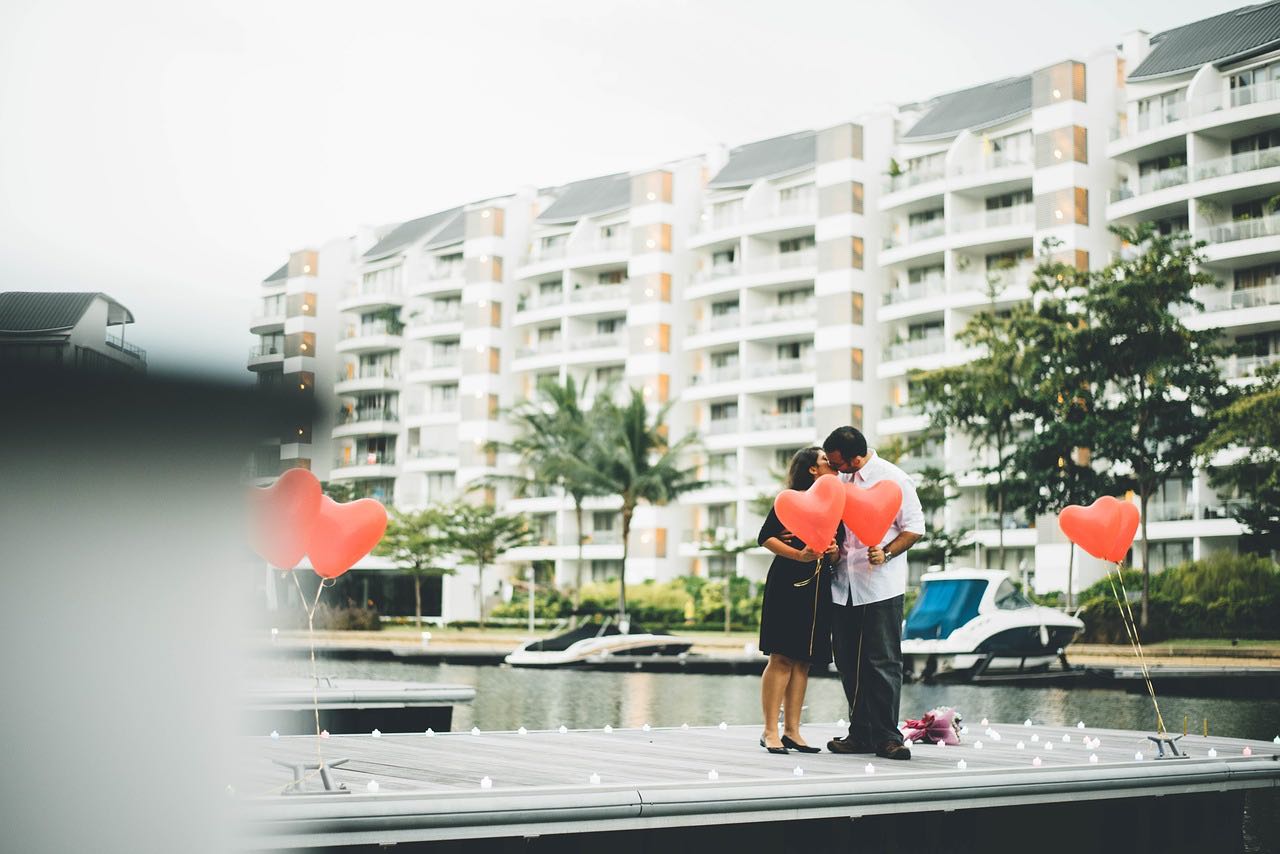 But why is this exposure so great? Studies have shown that our minds process information better and have more creative expression if they are surrounded by a clean, simplistic environment. The smooth, contoured lines of minimalist art and living give your mind this epic push forward. You are able to envision the world with more grace and affluence than before.

Let’s explore the differences between ornate design and minimalist expression.

The Original Reason for Ornate Design

In both Western and Eastern cultures, centuries of living have designated the differences between the wealthy and the poor of society.

The less affluent citizens had basic homes, simple staircases, modest clothing, and simple design and construction. In fact, to blend in well with your own culture during this time, you had to not “act too far above your station” by being more ornate in dress or behaviour.

The wealthy were able to commission artists to turn a simple staircase into an ornately carved piece of art, complete with scrollwork, flowers, leaves, and even animals. The moulding and design of the homes were made more ornate in wealthy neighbourhoods because the wealthy could afford the artisan work.

Such has always been the case with patrons and artisans of all crafts.

In both Eastern and Western design, only the aristocracy had the funds to create (or fund) an opulent set of artworks. In Eastern culture, the emperor and his counsel were dressed in the most ornate designs, with bright colours, deep scrollwork, heavy embroidery, and fine thread. The wealthy had the ability to buy bright colours, the deepest paints, and the brilliant artistry to make their lives luxurious and pleasant in every way.

Western culture followed the same pattern in those days. The monarchy all the way down to the governors of a colony was richly dressed, had finely painted carriages, and commissioned paintings and music in deeply rich design. There was always a local artist or craftsman who did the “work” on someone’s staircase, doorway, driveway, landscape, or painting. The wealthy would comment on their pieces and share information about these artists with each other. In this way, an artist was able to work for a living in the craft he or she chose.

How Minimalism Exposes the Naked Truth of an Object

Pretty soon, this desire for ornate and creative design sifted down through the classes as both Eastern and Western nations became more affluent and had greater technology. Middle-class citizens were suddenly able to afford this more creative expression and design.

Colour, scrollwork, wallpaper, carpeting, and paintings all became commonplace. After a while, even poor citizens were able to afford basic amenities with appealing decor.

The ornate design was no longer the sole possession of the rich and aristocracy. Each society began to deal with this fact in different ways. Soon, Western and Eastern nations had different perspectives on the subject.

The West has always been a proponent of pioneering, self-sufficiency, and local artisanal craftsmanship. Eastern cultures began leveraging their societies of mass production and teamwork to create better technology and leverage this new technology to enrich their Old World glory and abundance and historical preservation.

Design in both cultures began to diverge.

Western artisans began to create the handmade, handcrafted versions of mass-produced lifestyle and art objects. The “rustic farmhouse” look came back into vogue across many Western and Scandinavian nations. Suddenly, handmade became the new standard. Mass machine-made products were downgraded to use by middle-class and below. Western nations deconstructed the process and pioneered newer, cleaner methods of creating ornate (and other) designs by hand.

Eastern nations took a different path. They became the forefront of the Contemporary and Post-Modern movements in both lifestyle and art. They stripped the ornate designs and fancy scrollwork from their basic functions, cleaned up the lines, smoothed out the colours and palettes, and created Minimalism.

Western society has never integrated the flow and expression of Qi (pronounced “Chee”) into their modalities. However, Asian societies have always respected this ebb and flow of different energies. The balance and free expression of Qi have been one of the fundamental cornerstones of all of their many societies and cultures.

With minimalist living, there is no distraction from the form and function of an object. There is a straight, clean honesty to the expression of a well-thought-out minimalist design.

Staircases became blocked and smooth. Windows became sunken and clear. Smooth, modern lines and neutral tones started clearing up our vision. The world was seen more openly, whether for better or worse.

The ornate design of the Renaissance has always been held up by bright colours and deep, emotional expression. Think of the flowing robes, brightly coloured cloth, and golden lighting in paintings of the Italian Renaissance. The goal is to evoke a strong emotional (and therefore, spiritual) reaction to the paintings. They are meant to lift humanity up to a higher plane of existence.

Minimalist expression ripped away from these emotional distractions and focused on clear, balanced expression of all energy, not just emotional or spiritual energy.

Rocks, rivers, oceans, bamboo, and sand are all synonymous of Asian design. However, Asian culture has always respected the balance of water, air, tree, earth, fire, and metallic energy. These elements are often placed at strategic places around a local building, in a home, or throughout a garden to create a balance of Qi.

You will find it difficult to think in a room with a cluttered or “stuffed” design. If a table has painted lampshades on unique lamps, you already have two layers of art. One layer is enough. According to Justin Poile from VisionBedding.com, a cluttered bedroom can interfere with rest and sleep. A minimalist bedroom is an ideal way to make sure your room looks and feels great. Perhaps a decorative box and a small vase of flowers are beside the lamp. This is the third layer. They are all standing on a large doily tablecloth. This would be the fourth layer. And, finally, the table itself has multiple shelves, with multiple doilies, and unique design.

That is a lot of layers of art. Furthermore, we are only discussing a single table in a single room. What if the entire room were filled with these layers of art? The effect would create sensory overload. No one single object would be clearly visible or clearly appreciated.

In a mishmash of pretty patterns, each pattern is lost and invisible. Minimalism seeks to create total appreciation by displaying a single pattern to complete fullness.

Many people believe that the Minimalist movement seeks to destroy and eliminate all decorative patterns. That is incorrect. It seeks to enhance one or two patterns by highlighting them in an effective way. Sometimes, the pattern is as simple as the line, contour and monochromatic colour of a chair. Sometimes, the pattern is a black-and-white print along a single wall in a fairly neutral toned room.

Bedrooms, living rooms, and kitchens show a single theme with minimalist design. Your brain has space and time to focus on your priorities and relationships. It is no longer distracted by the clutter (even clean clutter) of a multitude of patterns and motifs around you.

If you want to combine Minimalism and Asian aesthetics, the elements and decor of your home should be understated and comprise the correct element for that room and home determined by the date the home was built and the direction it is facing.

Smooth, navy blue curves depict water. A picture of a blue wave or a curved blue moulding would satisfy this element.

Triangular or pyramidal pops of orange or red depict fire. An orange cone vase or a red pyramid candle would satisfy the need for this element.

Brown squares and rectangles depict earth. A simple, plush carpet or rug in brown would emphasize this element strongly.

Windows and white cotton, eyelet curtains and mirrors all depict air or ether. In a room without windows use mirrors and a small fan on low.

Bamboo gardens, potted plants, and trees all depict wood and tree energy. There are many indoor potted plants which require virtually no sunlight and very little watering. A small tree in the correct location of your yard will balance out all wood energy there, as well.

Metallic spheres, balls, and circles all depict metal energy. Decorative, metallic spheres are both cheap and attractive. If you need darker colours, use a bronze sphere. A metallic circle on the wall (decorated with any picture) will also satisfy this element.

You can decorate and furnish an empty apartment or home in the correct elements for that space and location. After this, you can pick out furnishing to match or complement these elements.

The Clean Honesty of Minimalism Combines Function with Form and Grace

Feedback from Minimalist style shows that people either really love the style or really hate it. Often, someone calls a room minimalist if it is simply uncluttered. Others only call something minimalist if it contains specific design elements or artistic pieces which fit into this category.

This means that the term is flexible for each individual. That is what makes an art and lifestyle movement so wonderful. There is flexibility in how the movement is seen, in what sort of lifestyle it promotes, and in the way it helps and affects all the people in it.

The Asian culture has become the true master of the Minimalist movement because it easily blends with its focus on combining New World technology and Old World historical context.

What about Minimalism Today? Is it still Monochromatic and Simplistic?

As with any successful art movement, Minimalist has grown and matured in its structure and design. In Western culture, Minimalism is combined with the reclaimed wood and steel milk can materials of the pioneer days. In today’s Asian culture, Minimalism has taken on an ironic twist and become more playful. Adult environments are designed with slides, shelving, and nets that children’s play areas used to have. Now this artistic lifestyle is more playful and accessible.

When adult environments become more playful and childlike, both artistic expression and practical function skyrocket and raise the level of human existence.

What about you? When you look at a chair or piece of clothing you like, what appeals to you? Is it the form and grace of a well-carved form or is it the basic simplicity of a smooth, flat material? Do you like your home to be artistic in and of itself? Do you prefer your home to emphasize the grace that humanity brings to it? When you notice the appealing world around you, you will be drawn to the elements which best complement or support your own personality. Does your family agree with you?

In conclusion, we all know what we like and how we’re probably going to grow. Each of us defines ourselves with a certain amount of modernism and traditionalism. Your own style is affected by how you were raised and what feeds your own deeply personal nature. If you find a lover or a friend who shares this style with you, a bond is formed. That is the way of art. The bond is always formed over a mutual love of certain principles, values, and personal expression.