English is often considered a world language, spoken by over a billion people across the world. Many signs at airports, tourist attractions, and in large cities will feature an English translation alongside the native language. English is also one of the most common second languages – meaning, many learn it in addition to their mother tongue. But in many countries where English is most people’s primary language, there’s a good chance most citizens won’t be able to speak another a language. And if they do, it may not be the same one you speak.

This all means having a solid grasp of the English language can be very helpful when travelling, be it to an English-language country or not. If you’re not a native English speaker and want to travel to a place like Australia, England, or the USA, here are four tips to help you get by.

Exams like the International English Language Testing System (IELTS) and the Test of English as a Foreign Language (TOEFL) are commonly used for those seeking employment or enrollment in an academic institution, but they’re useful for travellers, too.

The IELTS, for example, is popular in Australia, Canada, New Zealand, and the UK. It will test your abilities in listening, speaking, writing, and reading English and grade you according to your ability. Scores are given based on a scale from one to nine, with one meaning no fluency and nine meaning expert fluency.

Services like www.cursoparaielts.com.br can help you prepare for the IELTS by identifying your strengths and weaknesses and helping you practice in areas you may struggle. There’s no need to be 100% fluent in English before travelling, but tests like the IELTS provide a good benchmark for assessing your current skill level.

Turning on the television before you leave and listening to an English-language show is one of the best ways to prepare for your trip! Listening to the radio or podcasts is also quite helpful. In general, the more you can expose yourself to speak English, the easier it will be to understand during your travels.

News programs tend to be a reliable choice, as news broadcasters speak very properly and clearly, but most English-language television shows are good for exposing you to the spoken language.

If you’re going to an area known for its heavily-accented English and are concerned about understanding it, you may want to look up television programmes filmed in the area or find interviews with locals to familiarize yourself.

3. Take Pictures of Signs and Maps

Once you’ve arrived at your destination, be sure to take photographs of directional signs, maps, and addresses – particularly the name and address of the hotel you’re staying at.

Taking pictures serves two purposes. One, you’re less likely to get lost or forget the name of important places. Two, you can show the pictures to someone if you need directional help.

Carrying a paper map is also quite helpful for navigation. Just be certain where on the map you are and where you want to go.

It may seem intimidating to ask a stranger for directions, but if you’re ever lost, it’s okay to ask for help. If you don’t want to ask a person passing by on the street, shopkeepers, security guards, and hotel concierges are often happy to point you in the right direction.

If someone is speaking too quickly or you can’t understand what they’re saying, it’s also okay to ask them to repeat themselves. If you’re in a popular tourist area, the locals may be accustomed to helping out travellers and may even make recommendations for things to do and places to go.

Of course, always remember to say ‘please’ and ‘thank you,’ even if the person wasn’t able to help you. It’s polite! 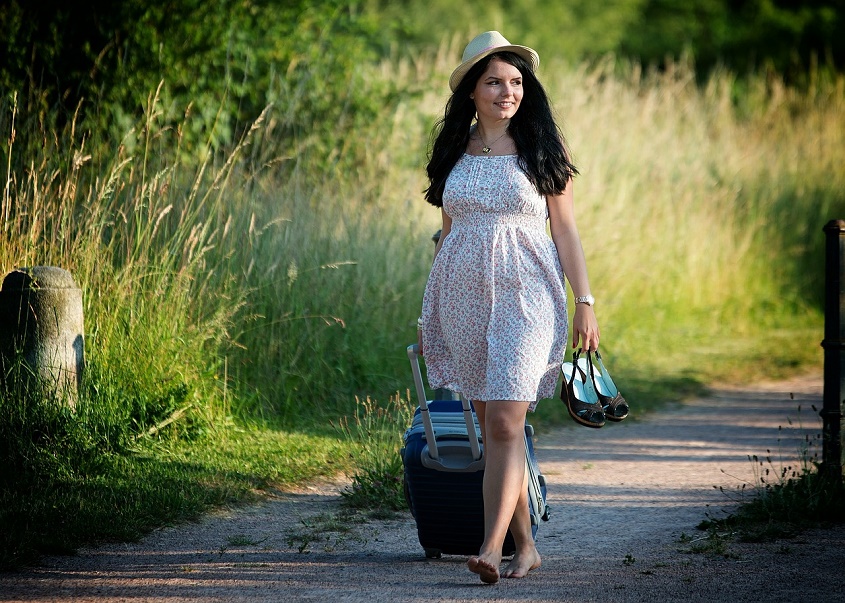