In today’s highly competitive global economy, businesses need to keep themselves agile when it comes to managing their cost. With manpower forming bulk of businesses costs these days, a shift is underway in how businesses manage their human resources. More companies are incorporating temporary and contract professionals into their overall staffing mix to gain flexibility and reduce costs. While the arrangement works great for corporations, Professionals, Managers & Executives (PMEs) in Singapore are forced to adapt to this growing trend to gain employment. It is inevitable for contract PMEs to share their woes of being 2nd class employees in Singapore. 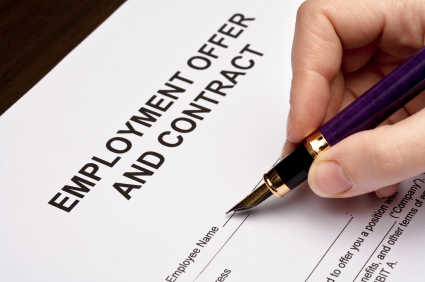 Why The Demand For Contract PMEs?

Beside the private sector, many government employers are also introducing Contract PMEs into their workforce mix. Here are the common reasons behind the demand:

– To maintain productivity during workload peaks and troughs.

– To fill in for absent staff or employees on leave, assist with special projects or help out during busy periods.

– To assist during interim periods while searching for permanent employees.

– To evaluate the need for specific positions before committing to the costs involved in creating a permanent role.

– To introduce new or specialised skills into the organisation that may be lacking amongst permanent employees.

Like all other permanent employees, contract employees enjoy the same protections and benefits of the Employment Act (EA), Work Injury Compensation Act (WICA), the Central Provident Fund (CPF) Act and the Employment of Foreign Manpower Act (EFMA). This means that they are effectively protected against issues such as late salary payment, unauthorised deductions, unfair dismissals, and are entitlements to sick leave and public holidays.

Why Become A Contract Employee?

Being a contract employee is not the first choice for most Singaporeans looking for a long-term stable job, but the shift in recent hiring trends has forced some to accept a contract employment or go without a job. Particularly during more challenging economic times (which is happening more and more frequently of late), many companies have freezes on permanent headcount.

Only by accepting work as a contract professional, one could get hired by their dream company or secure that dream job, which would not be offered in a permanent role at that point of time.

Acceptance of contract terms does not necessarily mean that such arrangements are all nice and rosy. Here are some of the common grouses experienced by contract PME employees.

Under the Employment Act, all employees need to fulfil a minimum service period of three months, without a break in service, to qualify for paid sick leave, annual leave, maternity leave and childcare leave. This provides employers with a reasonable timeframe to assess employees’ suitability for employment before taking on the responsibilities for their leave benefits.

While this qualifying period was intended to provide employers some flexibility, some have structured their short-term contracts to be renewed with a break every three or fewer months just to avoid their obligations.

Some employers offer recurrent term contracts to employees, even when the jobs offered are of a permanent nature. Disputes also happen when term contract employees whose contracts have been renewed multiple times with the same employer and who have come to expect continued renewal of their contracts, are not given notice for the non-renewal of contracts, in spite of the continuation of that job.

These employees would perceive such non-renewal as unfair, even though employers are currently not legally obliged to renew their contracts.

Contract employees are hired for a particular task or project. You are expected to perform up to standard and leave once the work is completed.

Given their fleeting stay on the job, permanent staff have little incentive to get to know them better. With low prospects of becoming a permanent staff, bonus and promotions, contract employees’ excellence job performances are often taken for granted.

There are a number of fringe benefits that excludes contract PMEs employees. Perks like weekly snacks, staff contests, giveaways and invitation to the annual Dinner & Dance may seem like pretty trivial items when you are eligible.

But when contract employees consistently find themselves excluded from all these supposedly morale boosting freebies and activities, it gets to a point where they feel a little shortchanged. They are working just as hard as the permanent head-counts but they are not as justly rewarded for their efforts.

Depending on the contract terms, some contract employees may not have bonuses worked into their contracts. They may also not be entitled to long service awards like permanent staff as when their contracts are renewed after a break in service — which can be as short as a day — they may miss out on benefits linked to years of service, which are offered to their non-contract (i.e. permanent) counterparts.

Some employees are continuously put on renewed contracts which may exclude them from benefits such as AWS or retrenchment benefits, hence the exclusion nature of the contract may make these employees feel they got a worse deal than full time permanent employees, although both types may be performing the same job scope.

Any Hopes To Change All That?

Thankfully Yes! NTUC has recently flagged out white-collar workers on contract employment as the group it wants to do more for in the year 2014. It is currently in discussion with the Singapore National Employers Federation and the Ministry of Manpower over having a law or guideline to better safeguard the interests of these contract workers.

Would you prefer to secure a permanent job or choose one on contract?