“We plan to create new and, hopefully, successful projects. It’s no secret that today there are many bright performers who really need support, including this popular team,” said Mikhail Peleg, producer of the band Machete, to reporters.

The founder of the famous band Machete and member of the popular band Tokyo, Yaroslav Maly spoke about the secrets of his own success, song-writing methods, and his future projects. After taking a hiatus from musical performance, the singer is returning with a refreshed outlook to the big stage. “My musical creativity is a combination of internal conversation with myself and communication with people close to me” said Yaroslav Maly. 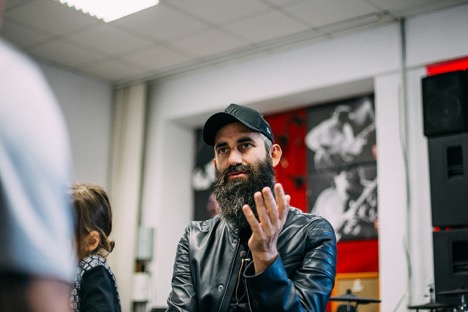 Maly stated that he needed to briefly suspend concert activity in order to revitalize and replenish his creative forces. During this period of reflection, Yaroslav wrote music, collaborated with a large number of talented musicians around the world, discovered spiritual practices, and frequently recharged himself with meditation. He also devoted all of his creative forces toward writing a new album, which will reveal the hitherto unknown facets of the singer’s stage role.

Both Yaroslav and Mikhail Peleg believe that the modern world and the people in it have changed drastically. They are unsatisfied with their lives, and today, even in the most developed countries, one cannot feel completely safe and comfortable. The artist points out that this global metamorphosis is in no way connected to external factors like society or the economic status of the average person. All these changes have been driven byre  a distortion in the average person’s thought processes. People have forgotten how to love and enjoy the simple—but not trivial—things in life.

Yaroslav has tried to portray his recognition of the importance of love through clear, yet at the same time meaningful, lyrics. Therefore, the new album, consisting of eleven compositions, is devoted to the theme of true emotions and feelings. The author and musician points out that the album includes songs with different directions and styles, but all of them are a combination of light energy.

In addition to writing music and recording several projects in studio, Yaroslav will be organizing a major tour in support of the new album.

As for the Tokyo band, the singer and musician announced that he has been working on a grandiose show: “Karmalogic Music.” For this project, he intends to write 54 songs in the style of “Deep Techno.” 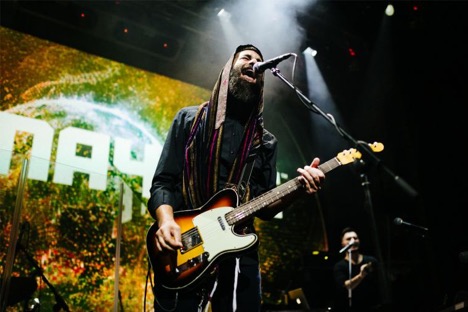 Yaroslav has time to not only to write poetry but also to compose music, which illustrates his vision of life to us . You will only find real feelings in his work, not fictional emotion. His music is essentially a conversation with himself and with those who are dear to his heart. The artist admits that sometimes he doesn’t even write the lyrics prior to a performance He just walks up to the microphone and through his singing, writes his own thoughts to the given melody.

As a demonstration of people’s embrace of Yaroslav’s commitment to connecting with the listener, it is worth mentioning that the video clip “Нежность” (“Tenderness”) has become very popular, having long surpassed 33 million views on YouTube. Yaroslav connects the success of this track with the lyrics’ purity and sincerity, as well as the notes of the musical accompaniment. Many people recognize themselves and their lives in these lines.

The creator of the sensational band Machete and producer Mikhail Peleg believe that in modern show business there are few really mature personalities with clean energy. He has realized that in this day and age, not all performers can convey the depth of their feelings through their creative activities.

Yaroslav Maly considers that the secret of his own success and personal happiness lies in the wise statement that says: “Who is rich? One who is glad of his inheritance and what he has.”